London is blooming with conservatories that bring a whole new meaning to the term ‘urban jungle’. It’s easy to enjoy the great outdoors inside these glassy constructions that most DIY nuts could only dream of.

As well as being perfect pockets of leafy calm in the city, these magnificent conservatories house exotic plants, sun lounges and top-class restaurants, so whether you want your cappuccino with a side of cactus or a romantic dinner in an orangery, you’re sorted.

Many of the conservatories below are asking visitors to pre-book a time slot now that they’re open to the public again. And you’ll have to wear a mask. But it’s all worth it to get down with nature without a thing like unpredictable weather getting in the way.

If this is what a gardener’s world looks like, you can count us in. 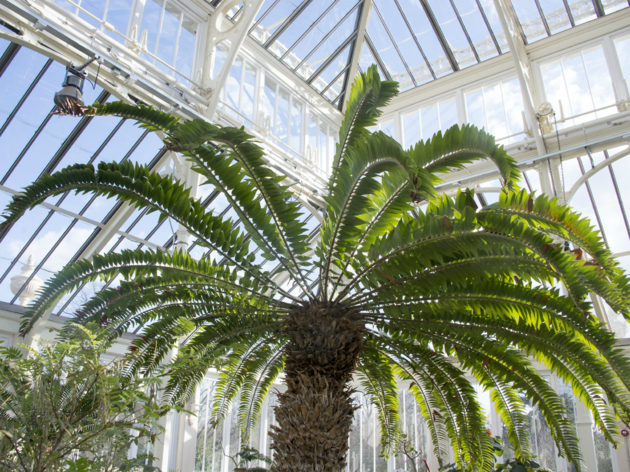 Best for: Getting lost in a ginormous glassy cathedral.

The return of the restored Temperate House in 2018 was a horticulturalist’s delight – and the novelty of exploring the grade I listed greenhouse is yet to wear off. It’s twice the size of Kew’s much-loved Palm House and took five years to renovate. The intricate Victorian architecture has again been paired up with rare and wonderful plant species: more than 1,500 of them.

Anything else I should know? The Temperate House was voted Best UK National Treasure in 2018 - as if you needed more reasons to visit. 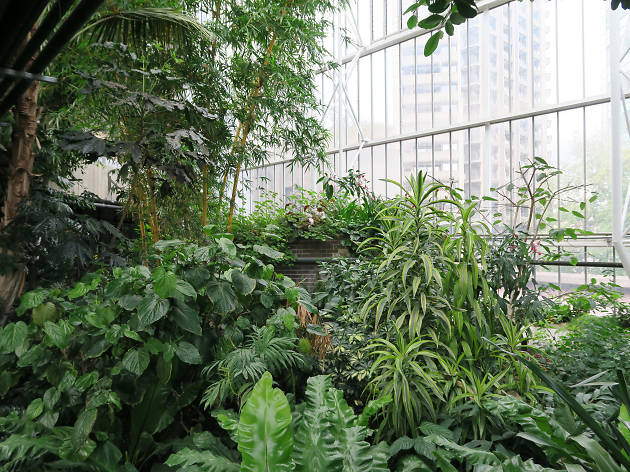 Best for: A lazy meander in among the foliage.

This well-hidden and truly calming green oasis is home to more than 1,500 species of tropical plants and some exotic fish. It used to only open on selected Sundays and bank holidays, but since lockdown, it’s opened up on weekdays, too. We’re all in need of some nature, after all.

Anything else I should know? You’ll need to book a time slot ahead of your visit, and it can get booked up quite far in advance. And sorry, pooches – it’s no dogs allowed. 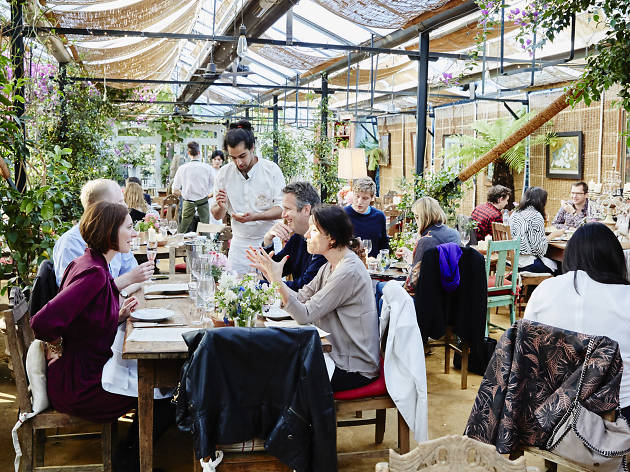 Best for: A magical fairylight-lit dinner in a rustic greenhouse

The ultimate in agricultural charm, complete with a real meadow on its doorstep, Petersham Nurseries is the perfect balm for the frazzled urbanite. Housed within the garden centre, the Café is set in a stately greenhouse, hung with Indian prints and pictures, and furnished with rickety tables and chairs.

Anything else I should know? For the first time ever, service is extending to sundown, with the greenhouse lit by festoon bulbs and candles. 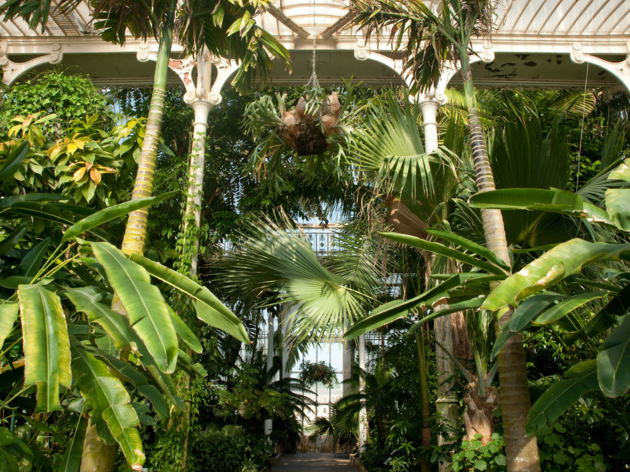 Kew’s iconic Victorian glasshouse is quite the stunner. The rainforest climate supports an impressive collection of tropical plants from some of the most threatened environments on the planet. Some are even extinct in the wild.

Anything else I should know? During the winter months, it’s lit up in colour for the annual Christmas at Kew light show, but it’s eye-grabbing all year round. 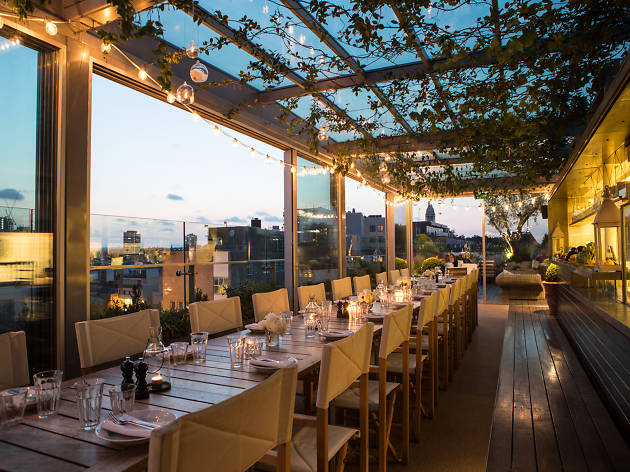 Best for: Top cocktails with a side of stunning views.

This Shoreditch rooftop bar boasts a beautiful heated orangery featuring lemon, clementine, calamondin and mimosa trees, and is open Monday to Wednesday from 5pm and Thursday to Sunday from noon. Stop by for all-day cocktails whatever the weather: a negroni to warm you up, or a jug of spritz to cool you down.

Anything else I should know? Book in advance to make sure you bag a table.

Price: Main dishes from the grill cost around £20. 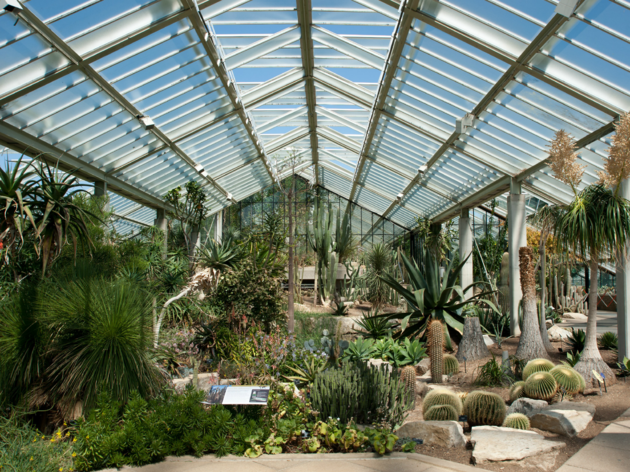 Best for: Feasting your eyes on creepy carnivorous plants.

The Princess of Wales Conservatory has an impressive ten climatic zones, which means that it’s the most complicated conservatory at Kew. From cacti to ferns, orchids to titan arum (that's a really stinky plant, to you and me), and a zone dedicated to predatory plant species, this conservatory seems to have the entire world under one roof.

Anything else I should know? Fans of the soothing-voiced Sir David Attenborough should know that he buried a time capsule in the foundations of the Princess of Wales Conservatory in 1985, packed with seeds of endangered plant species. What a guy. 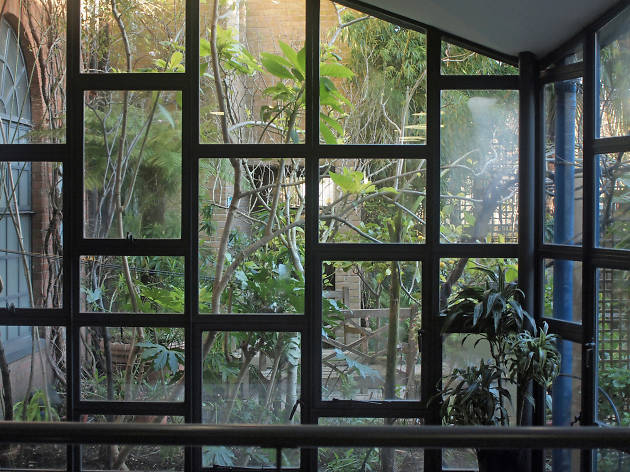 Best for: Taking a trip down memory lane.

This colourful and nostalgia-rich collection of chocolate wrappers, royal souvenirs, toys, magazines has recently relocated to a bigger and better home. Its new digs include a bright, sunny cafe with glass walls overlooking a pretty garden. If the weather allows, marvel at the modern branding on your teabag at an outside table.

Anything else I should know? The Time Tunnel hosts changing exhibitions – ‘When Brands Take a Stand’ will be next up when the Museum reopens on September 4. 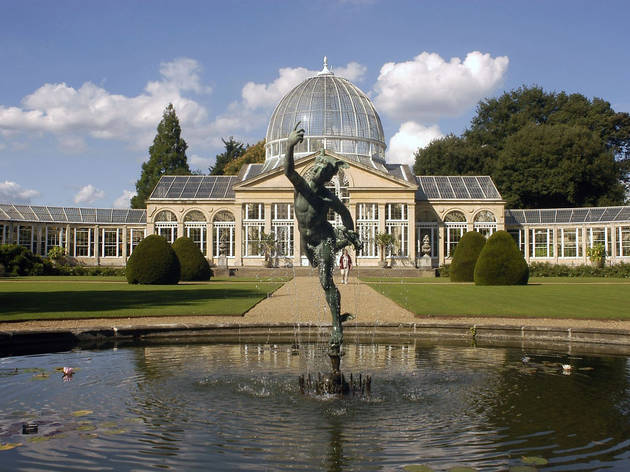 Best for: Marvelling at metalwork from the early nineteenth century

Syon House is bursting with history. It was built on the site of a medieval abbey that was brutally dissolved by Henry VIII, and it was here that Henry's fifth wife Catherine Howard awaited her execution. Outside, explore the ornate Great Conservatory, with its huge iron and glass dome. It’s filled with plants from all over the world, from ‘cape’ plants from South Africa to ‘new holland’ plants from Australia.

Anything else I should know? The house remains closed to the public, but you’re free to book tickets to its conservatory. Floor surfaces include cobblestones, flagstones, grass, gravel and wood, which means there is limited wheelchair access in some places.

Price: Tickets for the garden and conservatory cost £8 for adults. 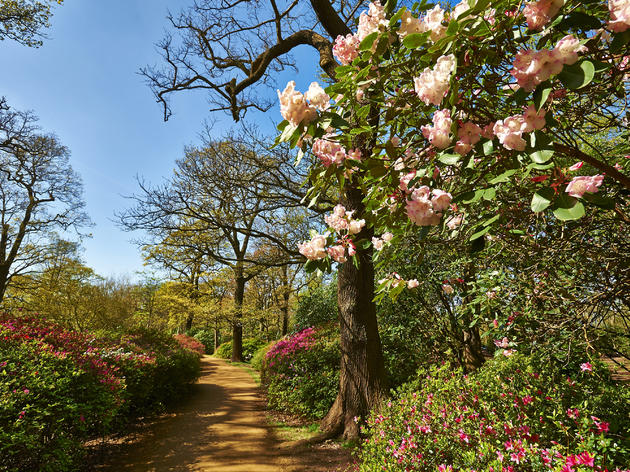 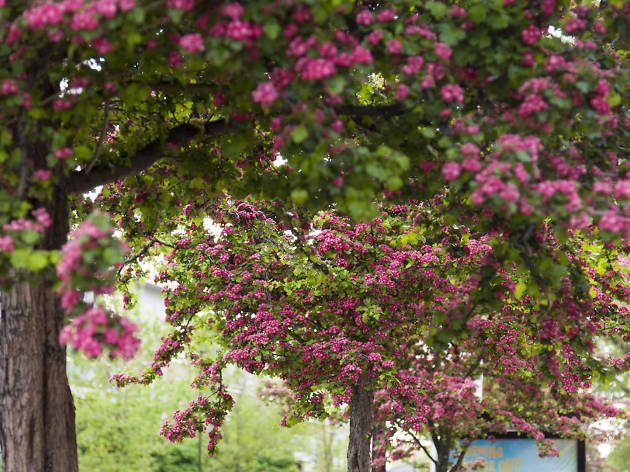 Did you know that London is home to around 900,000 street trees? Paul Wood, author of the blog London’s Street Trees,  picks nine of his faves.