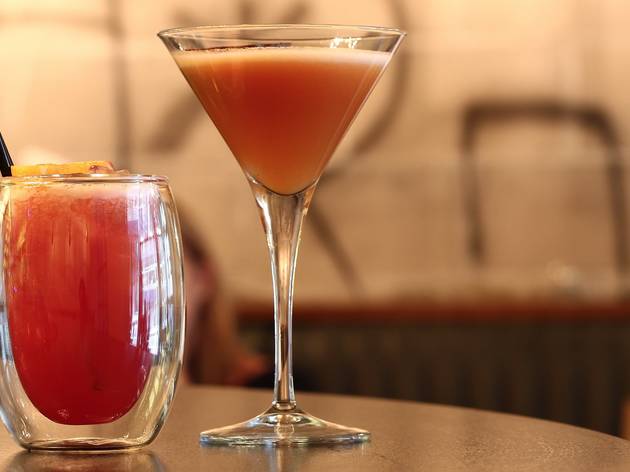 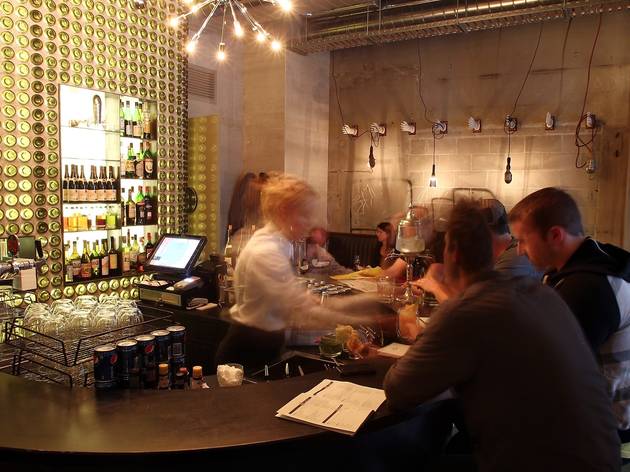 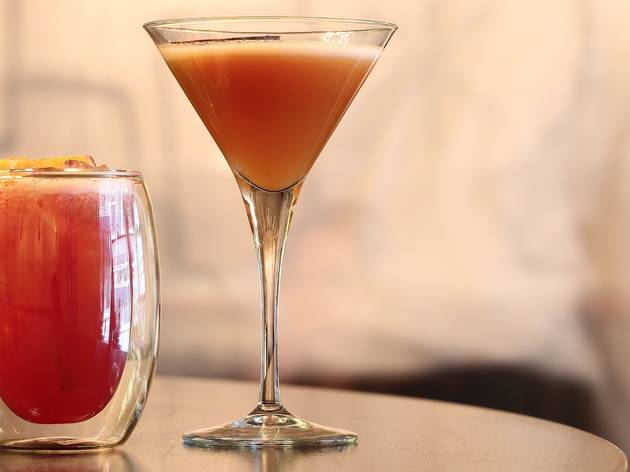 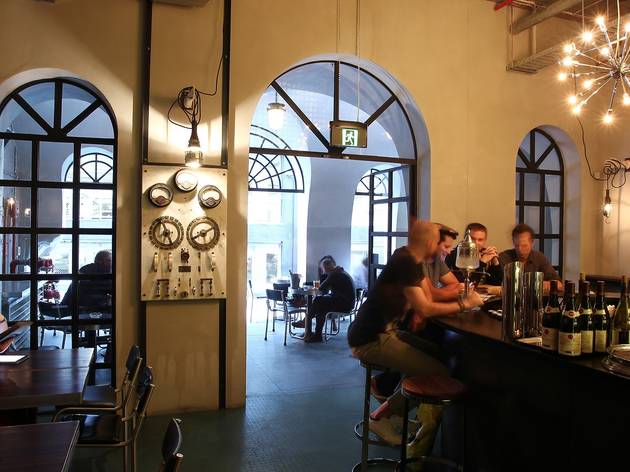 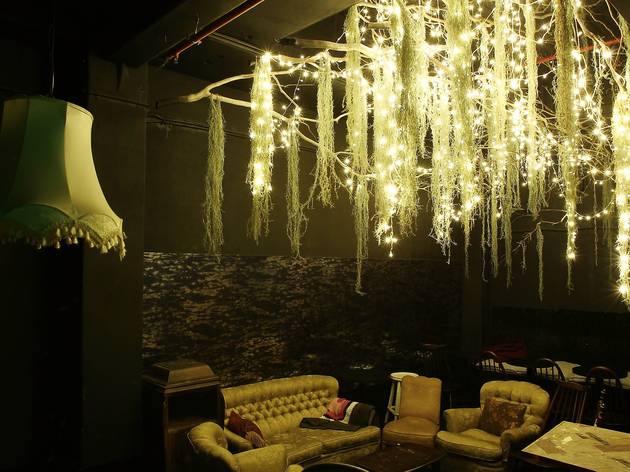 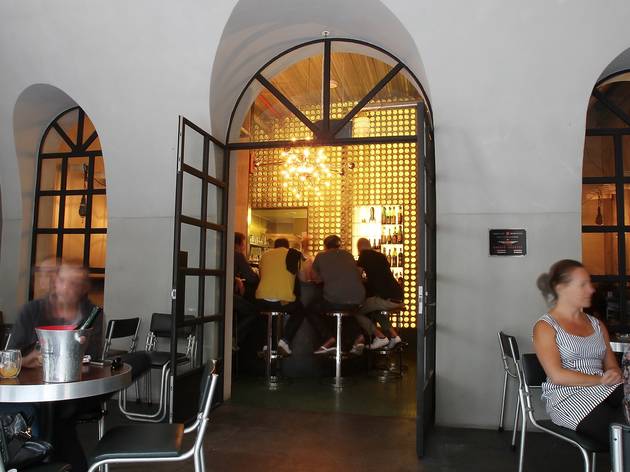 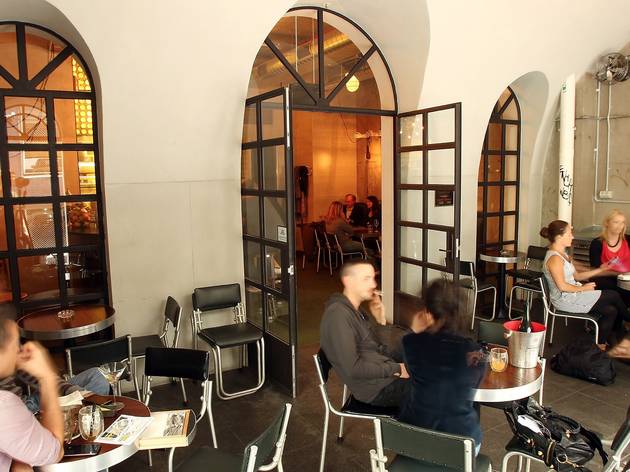 Welcome to the Future, drinking fans – or a 1930s version of it anyway. Vernon Chalker, quirky visionary behind Madame Brussels and Gin Palace, didn’t give himself an easy brief with Ampère: create a modern bar based on a past era that was obsessed with the future? Argh! But he’s pulled it off.

Aspects of Italian Futurist philosophy permeate the menu and dominate the décor. If you’re not au fait with socio-political movements circa 1930, all you need to know is that Futurists were a bunch of hipster revolutionaries who liked to enrage and engage the senses. While eating, they wore outfits made of sandpaper and had perfume sprayed in their faces mid-crunch to blow their enlightened minds. In short, they were nut-jobs – but great role models for a kooky bar.

They love a niche offering at this sophisticated slip of a joint. When the bar first opened last year, they had a heavy focus on vermouth and they also served breakfast. They’ve ditched brekky now, but their love of obscure herbal liquors is stronger than ever.

Ramp up your night with an aperitif of Maidenii vermouth and swing back later for bittersweet Montenegro on the rocks – it’s Italy’s version of a bedtime story. Or how about some absinthe? They have Melbourne’s biggest collection of wormwood liquor, and they serve it right. A vintage fountain equipped with tiny taps is used to drip iced water through a sugar cube and into the liquor, turning it milky white. We can’t guarantee you’ll hallucinate, but things are spacey enough here as it is.

The concrete walls are mounted with creepy glove moulds holding mining lights, and the back wall is a luminous floor-to-ceiling mosaic of backlit bottles. It’s a bit like drinking on a sci-fi film set. The terrace is consistently packed with smokers having wine-fuelled arguments, while the dark, couch-filled back room accommodates handsy couples. This is the bar for great dates – even if that date’s with a book and yourself.