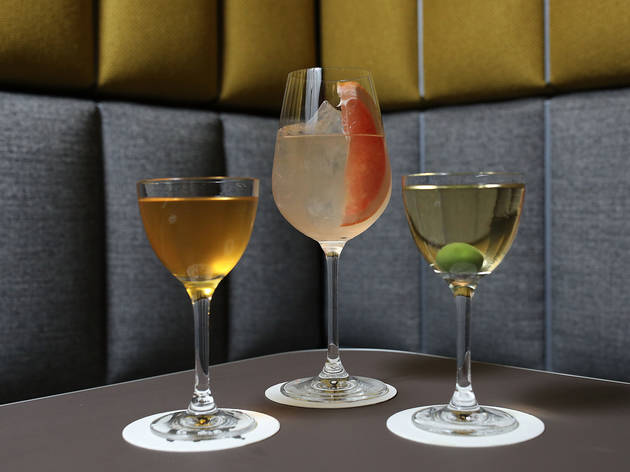 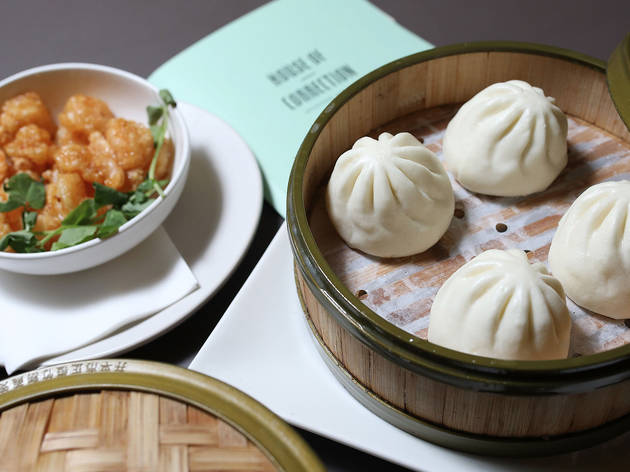 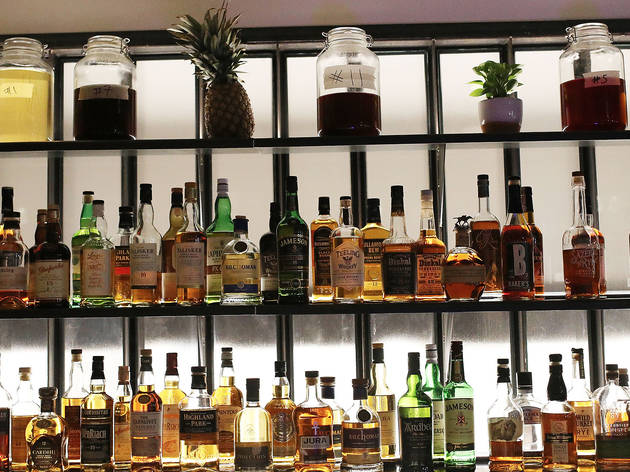 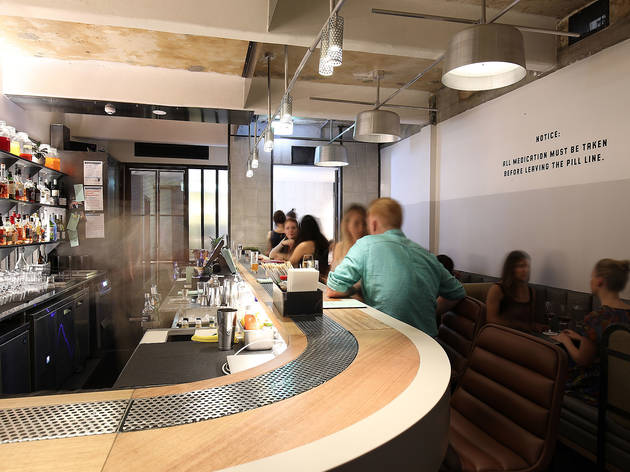 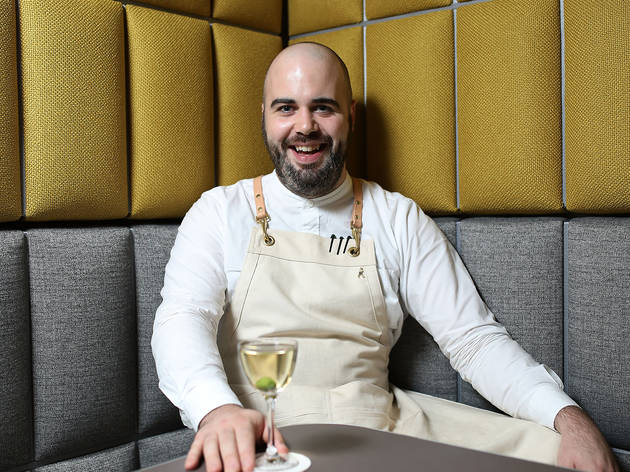 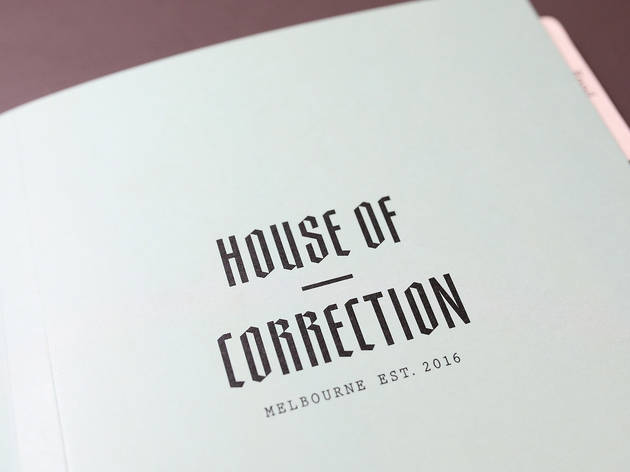 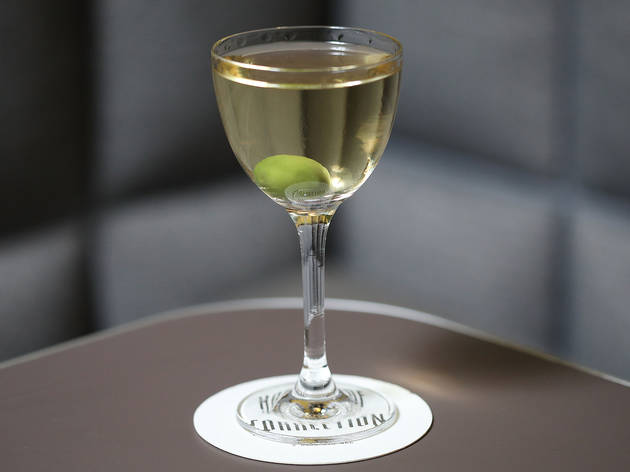 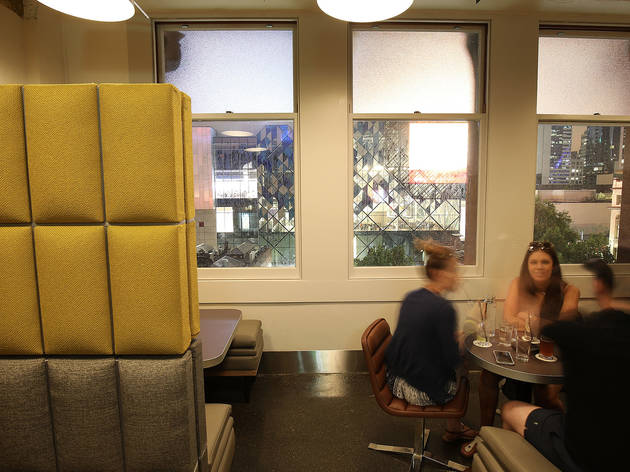 Long ranked among the world’s great cocktail cities, Melbourne has nonetheless fallen prey to that typically Australian self-consciousness, taking ourselves a little too seriously in fear of being thought parochial. But venues like House of Correction, the cocktail bar downstairs from the Goldilocks rooftop, is proving we’ve moved on. Like recent triumphs in the realms of restaurant (Tipo 00) and wine bar (Embla), HOC is just plain-and-simple good.

The space has been completely redesigned from its somewhat awkward, fairy tale-themed predecessor. Now when you exit the lift onto level four of the building at 264 Swanston Street you’re funnelled down a hallway panelled in frosted glass. At the end, you’re greeted by a well-dressed host (seriously, where does this guy get his pocket squares?) who offers a choice between a staircase up to the rooftop or a seat inside at House of Correction.

Around the corner, you realise that the frosted glass was actually the back wall of the bar, and from this side you can watch the silhouettes of people as they walk single file down the narrow hallway. It’s a fantastic trick, building a sense of anticipation. The long bar has eight of the comfiest stools around, high backed and plush, as is the front wall under the bar, so your knees are comfy, too. Two-person booths run the length of the wall, while the next room holds private six-person booths looking out over the busy street. It’s a far better use of the space: cosy without feeling cramped and designed to work well if you’re alone, on a date or with a group.

The cocktails on offer are made by some of Melbourne's friendliest and most experienced bartenders. Allocated numbers not names, these concoctions show up quickly even on a packed night, served elegantly in frozen glassware and garnished simply with a long twist of lemon, a pineapple leaf or a wedge of pink grapefruit. A zingy #1 has Manzanilla sherry and chamomile vinegar, while #6 sees rum and sherry shaken with falernum for a dangerously drinkable shot of the tropics. The #4 has the salty smoke of Talisker whisky meeting Chartreuse, cider vinegar and pineapple syrup for a deep orange liquid both bright and balanced. The complexity and texture on show should be a revelation for anyone who thinks smoky whisky shouldn’t be mixed.

The 100 per cent craft beer list is well balanced too, and includes crackers like Holgate ESB and Three Ravens 55 American Pale Ale. The bartenders never seem under the pump, rather relaxed and happy to chat about their solid collection of whiskies from around Scotland and the world. Food comes from Mr Kwok downstairs in the form of basic Chinese snacks perfect for absorbing booze. These are far from the best dumplings in Melbourne, but the convenience of having them delivered to your spot at the bar is undeniable.

House of Correction isn’t breaking any moulds or pushing any envelopes. But, with excellent cocktails, service and atmosphere, this odd little space has certainly been rehabilitated rather than punished by its new look.