Very few performers are able to come straight out of school and forge a successful career in Australia's comedy scene. Most comedians who are now household names paid their dues in a different job (or series of jobs) when they were first starting out, before making the (sometimes terrifying) decision to give up the security of a day job and make money out of being funny. We talk to a former teacher, a former nurse and a current animal trainer about how and why they made the switch.

Want to know when the best nights are to go, how to score cheap tickets and how to choose a good show? Here are six ways to do the Comedy Festival like a boss. And check out our definitive guide to what shows you should catch. 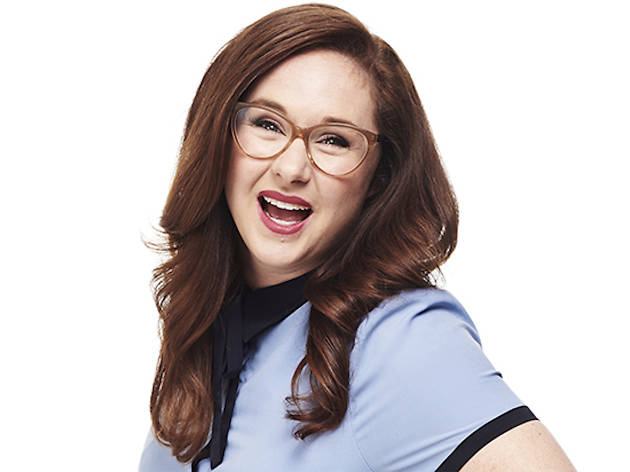 Mel Buttle's first career was as a high school teacher. Although she trained as a drama teacher, she ended up in learning and behavioural support. "I’m personable, so I kind of got snapped up to deal with the most difficult children ... Some of the kids would be there as part of their bail conditions."

She also worked as a marketer for a stock feed company – the feed for dairy cows is different from that for beef cows, if you did not know – before making the switch to full-time comedy. But now she has a side hustle as a dog walker.

She only runs her dog-walking business during the slow period in the comedy calendar, and she takes her charges on adventures to the park or beach. She says after the comedy festival circuit is over and she's home more, dog walking has become a fantastic reason to leave the house. 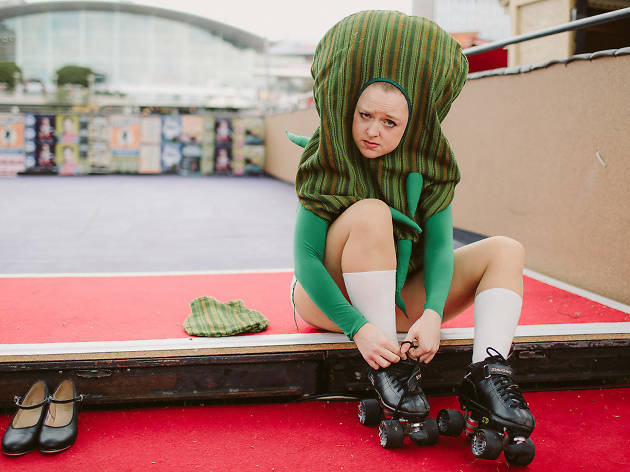 Lucy Fox of the Travelling Sisters was probably not cut out to be a nurse. She lasted six and a half days – emphasis on the 'half'.

"I didn’t quite make it through the week before my boss asked me if perhaps I was more of the ‘artistic’ sort," she says. "I don’t know exactly what gave her that idea, maybe just a vibe. So it wasn’t technically getting ‘fired’, it was more a mutual break-up instigated by my boss."

She says it's probably best that her boss called it quits: "I was off with the fairies. If I’d stayed a nurse I would have surely killed someone by now."

And in case this comedy caper doesn't work out, would she be happy to have a nursing career to fall back on? "I’d rather fall back on a kitchen knife. It’s an incredible profession, but it’s not for me." 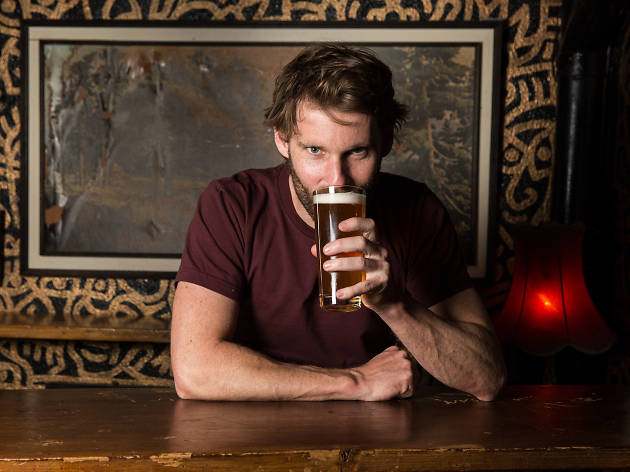 It hasn't been a clear path to comedy for Luke Heggie. "I've had over 70 jobs, ranging from the usual hospitality, retail, cleaning and various other unskilled labour to snowmaking, forklift driving, gardening, security, construction, monitoring a telephone introduction line and teaching."

He says he didn't always want to be a comedian. "People who did are absolutely mental and usually immature."

Comedy is mostly full time these days, but "I sometimes still have to swing a hammer to pay the bills. Some comedians are ashamed to work elsewhere. They should grow up."

But he says performing is a much easier gig. "Comedy is much easier than getting yelled at for incompetence, warned against repeat incompetence, and eventually being sacked for it. Incompetence in comedy is not only tolerated, but quite often encouraged." 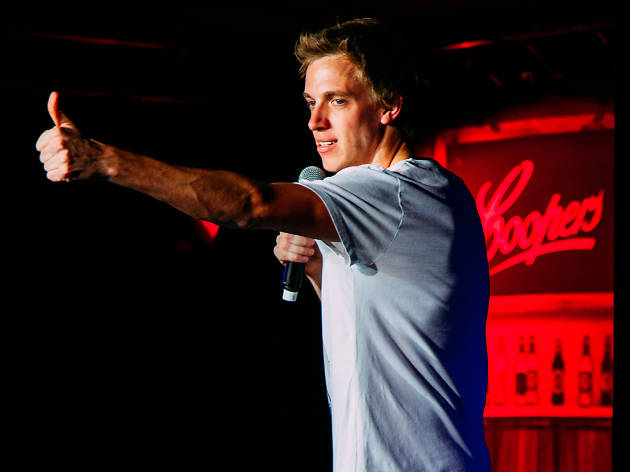 Comedian Frenchy started his career as a substitute teacher, so he taught all kinds of subjects – sometimes stretching his abilities. "If you thought I was a bad PE teacher, wait until you see me teach year 10 Japanese," he says.

His teaching career came to a rather abrupt halt a few years ago, and he made the transition to full-time comedy. "I decided to make the switch in 2013 when I made a YouTube video that the Board of Studies didn’t agree with and my teaching licence got suspended. Can’t say I blame them, to be honest."

At least his previous career has left him with plenty of material for his shows. "Every year I tell a ridiculous teaching story which leaves the crowd wondering how I was ever allowed to be a teacher." 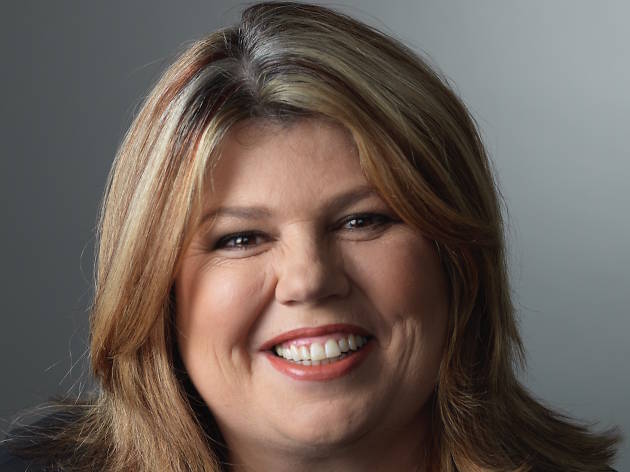 South African Urzila Carlson qualified as a typesetter in 1995 and then and worked as a graphic designer in New Zealand before making the switch to comedy. She didn't intend to become a full-time comedian – "I didn't even know that was a thing!"

She ended up changing jobs on something of a whim. "Classic case of peer pressure. My colleagues used to say I had to go do comedy but I was reluctant. However, when I left Ogilvy for another agency they signed me up to do an open mic night and booked seats for 70 of them, so I agreed, and it just kind of took off from there."

She says her background in graphic design can give her an edge whens she's booking comedy gigs. "Occasionally when I’m doing a corporate gig where they do advertising or printing then I dazzle them with the lingo." 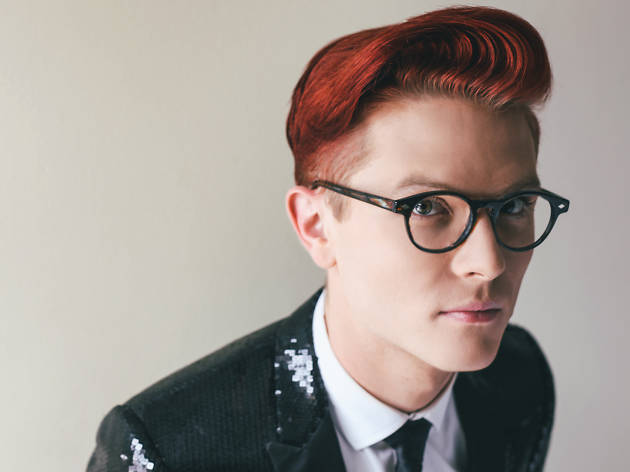 Before he was a household name, Rhys Nicholson worked a series of odd jobs, including a very short-lived career as a waiter: "I worked three shifts on a boat restaurant in Darling Harbour. I dropped a $200 lobster and decided it wasn't for me. Luckily I was able to work my way to the dizzy heights of the box office at Enmore Theatre."

Nicholson worked at the Enmore for several years, despite being "very, very bad at my job". He says he gave up the job once he started performing at the Enmore and people were buying tickets to his own shows from him. "That was pretty awkward at times."

It was also just time to take the plunge, even though it was a scary risk to take. "I just decided if I was going to try and do it I had to really try and do it. I was very fucking hungry for ages."

Despite four- and five-star reviews and a nomination for a Barry Award in 2016, Nicholson says he still has the fear that this comedy lark isn't going to work out. "I still know all my logins from my last job just in case this all goes belly up. I don't think you'd meet too many comedians that don't think it's all about to fall apart. We are a fun bunch." 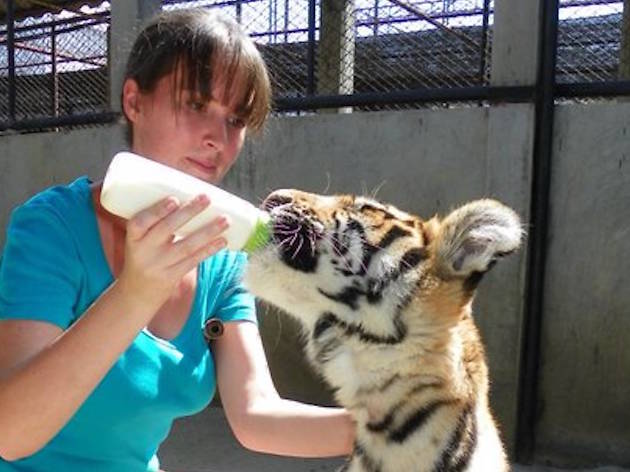 How do you go from training cows and rabbits to performing stand-up comedy? Ask Emma Malik. She has been working as an animal trainer for 15 years and has done everything from train cows for car commercials to put on a parrot show for the King of Malaysia.

She still works at Wild Life Sydney Zoo three days a week, training quolls to comply with their health checks and giving parrots the confidence to be around small children. Working with animals was all she'd ever wanted to do. So why comedy?

"I remember it so vividly. Five years ago at the Sydney Mardi Gras I may or may not have had too many French Martinis (I so did). I was making a group of strangers laugh and one of them asked me if I was a comedian. I wasn't, and it had never crossed my mind. There on the spot my friend dared me to perform at an open mic night, and the rest is history. So that's how I got into stand-up: a drunken dare."

She has managed to combine her two passions, performing with a goldfish, her rescue dog Dukdik and a stick insect named Susan. "Don't get me started on Susan! She's a Goliath stick insect who makes it her mission to steal my show."

Want to grab a drink after the show? 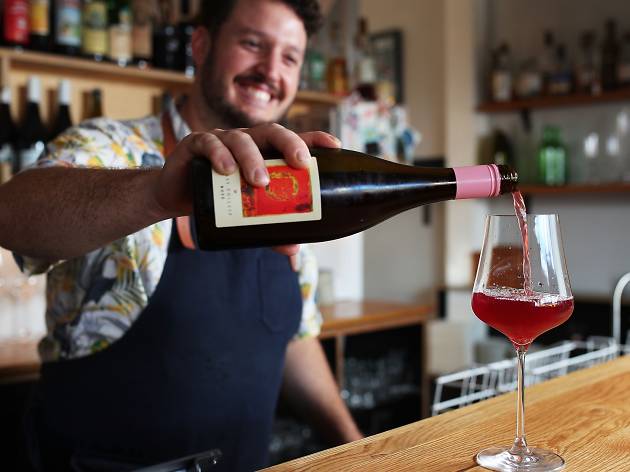 Here is Melbourne viewed through the bottom of a glass: from its world-beating cocktail lounges to its down-and-divey saloons. These bars represent the pinnacle of Melbourne drinking.