It's the last week of Melbourne International Comedy Festival but there's still plenty to see. Our reviewers have been sussing out the best of the fest this year, from big names to newcomers to watch out for. These are the best shows for MICF 2021.

Check out our ultimate guide to the festival, and or read about what four comedians have been up to in the past 12 months – including how they really feel about Zoom gigs. 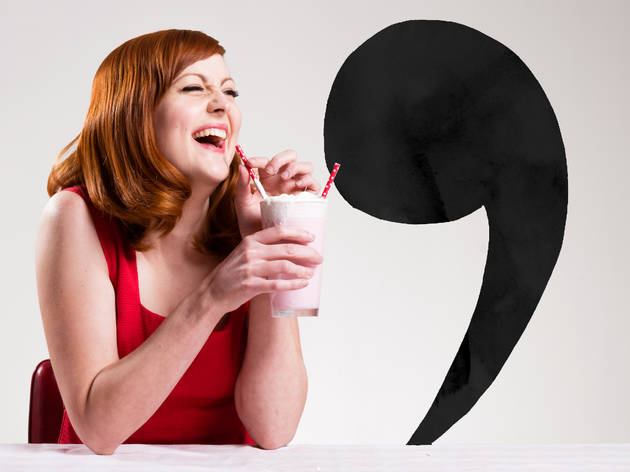 If you want to seize this word dork’s attention, then lassoing me with the line, “Tie me up and make me your subordinate clause,” is a sure-fire way to do it. Comedian Louisa Fitzhardinge trills with deceptively wholesome pep in her only occasionally saucy show Comma Sutra. But that aforementioned mischevious line is a good indicator of the chaotic good energy you can expect from the snappy, 60-minute show. The only moment it sails way past outré is the rather eye-opening, “If you can use a colon you can put your cock in mine.” As the name suggests, the show is a gleefully cheeky parting of Oxford comma supporters from its detractors (half and half in the audience on the night we attended, but Fitzhardinge’s a fan, for the record). As accompanied by a sharp-suited Greg Lavell on the piano, she was born to make this superlative show. Joking about the uselessness of her combined arts degrees ­– German language and musical theatre – she clearly gets her kicks mining translation hiccups, guffaw-inducing bad dad jokes, geeky recollections of a lonely childhood and an obsessive focus on grammatical pedantry. Her ideal man would be translucent from lack of outdoor activity, she overshares.    It’s a hoot, with gloriously witty sing-song lines and more than a few hilarious visual cues, including a handy lesson on the surprisingly similar Auslan signs for boat and vagina, the confusion of which would surely startle a deer. Wearing a snazzy red dress and tights adorned with ampersands, 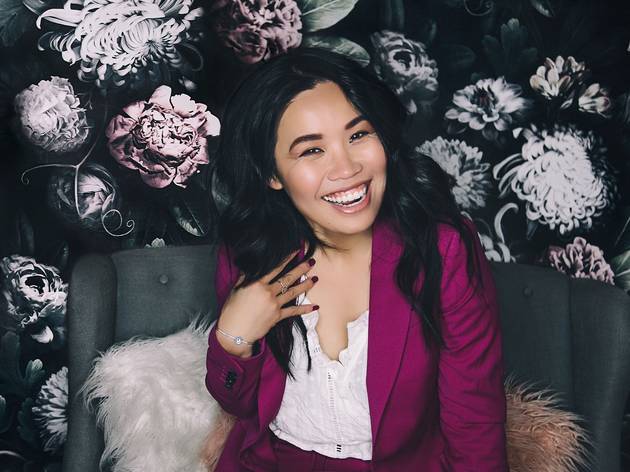 Diana Nguyen immediately used her JobKeeper payments to buy a whole lot of vibrators, and that is possibly the best use of the funds we’ve heard so far this pandemic. That joke epitomises the fun, celebratory, unapologetic and compelling show that is Nguyen’s 2021 MICF offering, Chasing Keanu Reeves. 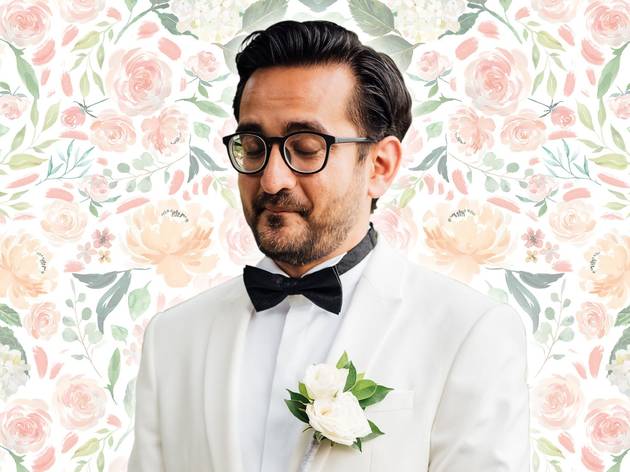 White people can’t coup for shit. Unlike Trumps hapless clingers-on raiding the Capitol, it involves a little more than being draped in a flag while live streaming your stupidity to social media. That sick burn is the outrageous highlight of a raucous hour in the company of Pakistan-born former ABC radio host and stand-up comedian, Sami Shah. 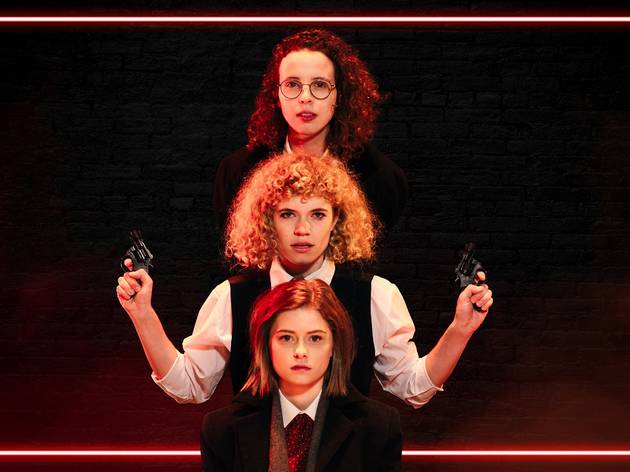 The grim chapter in history that is Jack the Ripper serves as inspiration for Big Big Big’s 2021 MICF show, Catching Jack. Dare we say, Catching Jack might even breathe new, humorous life into the gory myth. The Big Big Big trio consists of Ella Lawry, Millie Holten and Madi Savage, plus their absurdist sketch comedy style. 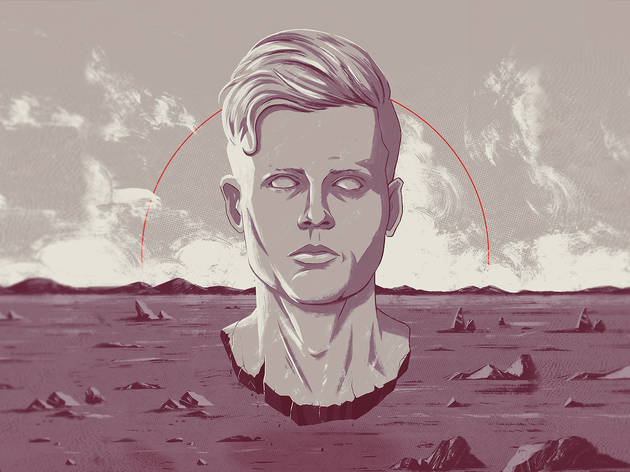 Angus Gordon’s The Mole is not a show about a mole. In fact, you may forget completely about the fact that it is about a mole until Angus mentions it, more than halfway through the show, after a series of rambling monologues about his witch sister, agricultural crime, and the defecating habits of homeless Melburnians. 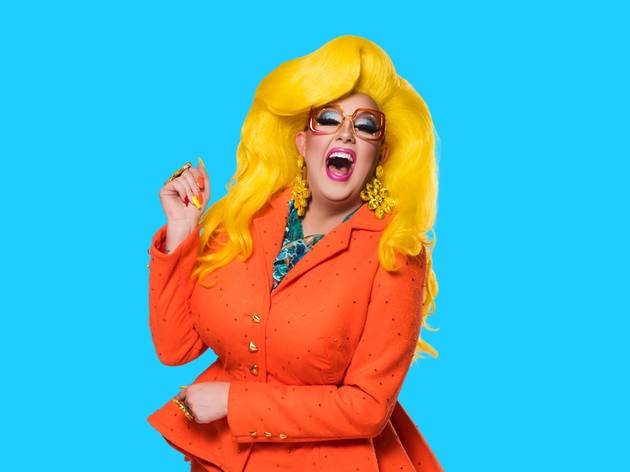 Sometimes the true measure of a stand-up comedian comes in how they handle a heckle. Or a reverse heckle, in the case of working women’s hero Karen From Finance. Melbourne, and indeed the world’s, best-named drag queen spins her entire schtick out of being an obsessive workaholic. 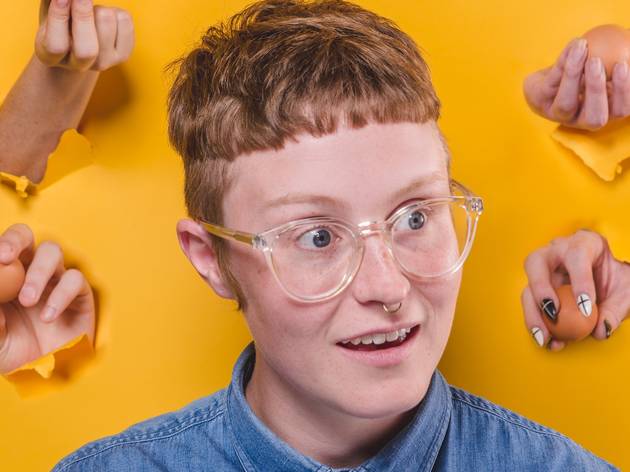 Scout Boxall’s personality is their hair. It’s a skin-tight rug that circles around their scalp, cutting off above the ear like an ill-fitting beanie – something Scout terms a 360-degree fringe. And previously, when Scout was young, they were fitted with an Amelie-inspired bob-cut and was christened by bullies as ‘egg head’ 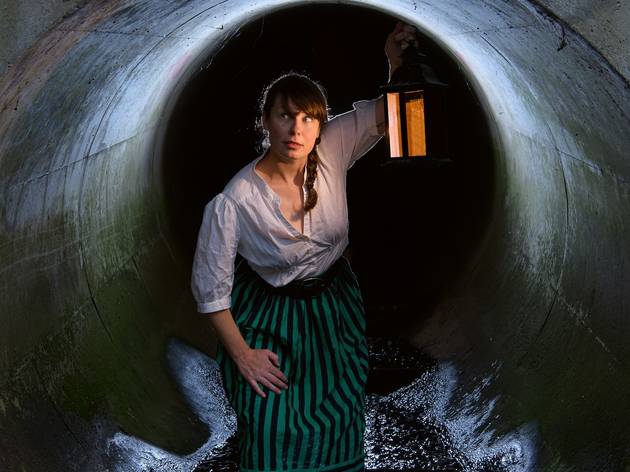 On the Origin of Faeces opens with Alanta Colley’s story of deciding if she should go back to work in the infectious diseases system or follow her passion of comedy. When she made this choice in early 2020, comedy was genuinely offering her more options...because there wasn’t much infectious diseases work in Australia. 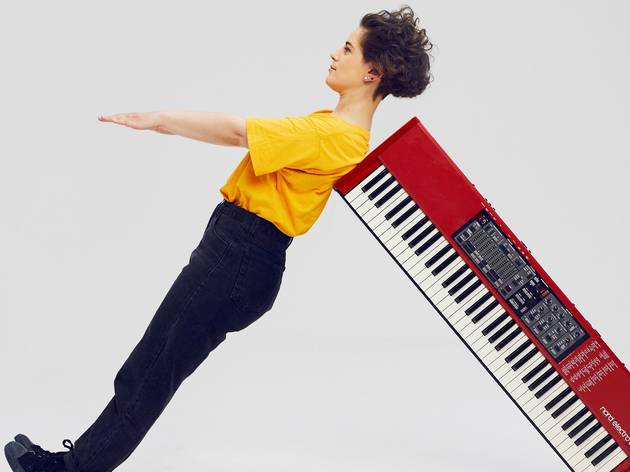 Just whose bright idea was it to lock children in a room for 12 years and treat them all exactly the same, no matter their individual talents, interests and needs? And what happens to kids who are not suited to that style of education, or particularly good at the narrow range of subjects taught in that way? Jude Perl has some answers to those questions, putting together a show that’s smart, sharp, just a little bit sad and extremely, riotously funny.

Don't know where to start? 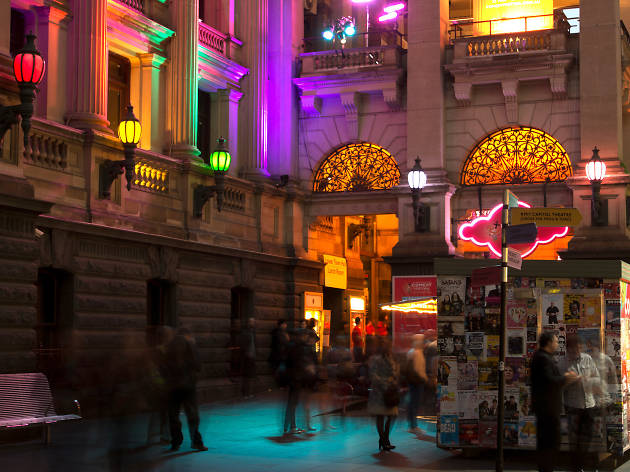 It's that time again: when hundreds of funny people vie for your chuckles in the Melbourne International Comedy Festival. Join us as we meet the talented people behind the laughs, offer our tips for doing the festival right and our picks of the program.