It's hard to believe the Cronulla Riots took place more than a decade ago. Not just because the images of youths chanting racist slogans, wearing Australian flags and beating up on Lebanese kids are hard to erase from the memory, but because xenophobia is on the ascendant both in Australia (gidday, Senator Pauline Hanson) and around the world (hello, Brexit; howdy Donald Trump).

"You wouldn't say it's gotten better in the last ten years," says Sydney-based filmmaker Abe Forsythe. Forsythe watched the riots unfold with a mixture of nausea and homesickness while living in London in 2005, and has now made a blackly comedic movie about them called Down Under. "If anything the film has become, strangely, like looking into the future." He cites a speech by the character of racist thug Jason (Damon Herriman) advocating the building of a wall around the Sutherland Shire to keep the Middle Easterners out. "That was written six years ago – and it's technically what's happening overseas now."

Down Under is screening as a special Centrepiece Gala in the Melbourne International Film Festival and certainly deserves the accolade. It's a fast, brutally funny account of two carloads of hooligans who take to the streets the day after the riots: one containing angry Lebanese men looking for revenge, and the other with lame-brained whites keen to vent their anti-Middle Eastern sentiment.

The two vehicles are on a figurative and literal collision course. Things are set to get very ugly indeed, even though most of the characters have endearing qualities. Studious Hassim (Lincoln Younes) is concerned about the welfare of his brother who has been missing since the riots the day before. Shit-Stick (Alexander England) is a mild-mannered stoner who doesn't want to disappoint his bigoted father (Marshall Napier). "Each of the characters has personal issues that cause them to act out the way they do," says Forsythe. "Racism generally seems to be something people can get behind if they're feeling frustrated about things in their lives. We're seeing it happen here in Australia when people think they're not being heard."

Forsythe, who is the son of actor Drew Forsythe and has acted in several TV shows, made his feature film debut as a precocious 21 year old, writing, directing and starring in the 2003 Ned Kelly spoof Ned. He subsequently made a raft of short comedic films including Tropfest Award-winners 'Being Carl Williams' and 'Shocked'. "Film Ink held an anniversary screening of Ned last year and it was like a time machine into my 18-year-old brain," he says. He acknowledges that he has learned a lot since, but is generally happy with Ned. "The two [feature] films I've made are quite different but they're similar in spirit, which is that you shouldn't believe everything you hear and some of the things we hold up in Australian society we should be prepared to lampoon."

Most of all, Forsythe feels he has a strong handle now on tone in cinema – essential for a powder-keg comedy like Down Under. "It's tricky because it just takes one slightly off kind of joke to make everything else crumble around it."

Evidence that Forsythe has hit on a universal issue at the correct angle is the interest the film is attracting for release in overseas territories. Albeit, with a few tweaks.

"There are 24 C-bombs in the Australian version of Down Under," Forsythe says. "For people in America and the UK, that's quite shocking. So there's a version with three C-bombs for the US and the UK to make it more acceptable."

Down Under releases nationally on Thursday, August 11. 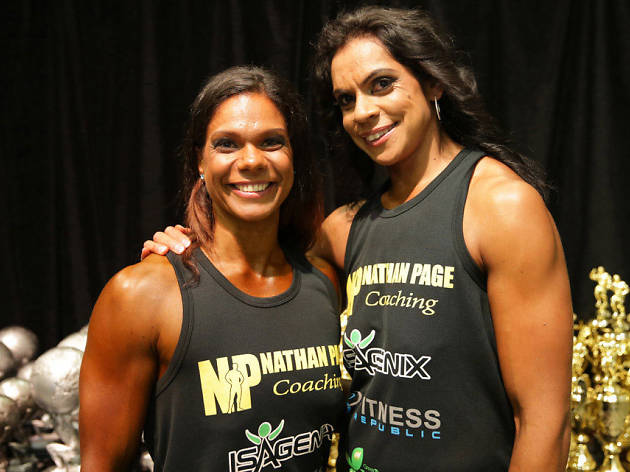 One of the strengths of MIFF is that it’s a chance for unusual Australian stories to be seen and heard away from the roar of the multiplexes. Book now for these docos, features and classic films back on the big screen.