To call Di Stasio Città one of the year’s most anticipated openings is like calling the tram stop at the corner of Flinders and Elizabeth somewhat sketchy. Having finally switched on the red light in its pod-like entrance portal a few weeks ago, it feels like half of Melbourne has been getting misty-eyed over the 30-plus-year legacy of St Kilda’s Cafe Di Stasio and the even longer legacy of Rinaldo Di Stasio, the city’s one-man answer to the Medici family.

We’re among them. Melbourne would be the lesser without the occasionally controversial Café Di Stasio in St Kilda, a place of captivating dark mystery where the DNA of excess seems to have seeped into the very floors and walls.

Di Stasio Città (literally, “city”) has yet to bed in its tales of ribald mischief. They will come. Città sees Ronnie Di Stasio return to the neighbourhood where he pioneered Rosati in the heady days shortly before the fringe benefits tax and the stock market crash cruelled the excesses of the 1980s. And the augurs are good. It’s a place of arrestingly clean-lined brutalism – concrete walls and pillars, a remarkable terrazzo floor, video installations by artists Reko Rennie and Shaun Gladwell playing on loop with the same mesmeric qualities as the TV in the corner of the RSL. White-jacketed bartenders shake things behind a slab of white marble. Red leather chairs make like a mid-century Thornbury espresso bar, a younger Di Stasio’s stomping ground. It’s a gallery and salon, as well as a bar and restaurant where the undiscriminating menu runs through from 11.30am until late o’clock.

You could get decision paralysis faced with the huge single-page menu. Sage leaves and anchovies wrapped in a lacy batter with a squeeze of lemon are the perfect aperitivo hour snack. A platter of cheesy, salty pastries, some with shades of prosciutto, others like a spinach-driven finger of cucina povera, might seem to offer salvation, but hold your carb fire for the pasta. Pasta is to Di Stasio as the Sistine Chapel is to the Vatican. To date, the linguini Capri (ebulliently listed with “pawns, parsley, lemon and sunshine”) is enjoying poll position on Instagram but capellini – angel hair by another name – with loads of garlic and briny-sweet chunks of crab meat in its white wine-driven sauce, is nipping at its heels.

A quorum of the St Kilda menu has made the trip to the city. The pasta maltagliata, ragged flags of breadcrumb pasta with calamari and radicchio, is here. So is the pigeon pie from Bar Di Stasio, a puff of pastry filled with what can only be described as gamey bird jam.

The two word take-home about Città: delicious and expensive. Two pieces of golden-skinned duck could possibly be the best pieces of duck you’ve eaten in your life. That they’re $48 is something for the individual diner to percolate.

Three pucks of suckling pig, each capped with a curve of crackle the width of a credit card, arrive with a small roasted apple wearing a fried sage leaf like a jaunty hat and a dish of sticky pork jus. No more, no less…. $58. All but the hardest artery-hearted will need a side, such as a plate of wilted, oil-dressed raddichio leaves laid out like interleaved tiles.

It goes without saying that the wine list at Citta is expensive and has the dangerous undertow of Gunnamatta beach. Innocently order an aperitivo and three hours later you’ll have gone mano a mano with a luscious south Tyrolean pinot blanc-driven blend before Chris Young, award-winning maitre d’ and smiling assassin, enables your rash decision for a rosé prosecco swan song.

In the wash-up you could dissect Città with an accountant’s bloodless zeal. You could make a sport of nailing the concept of value onto a spreadsheet. Or you could embrace the boldness of the vision and realise the mark of a really great restaurant lies not just in excellent food and booze but in how it makes you feel.

And Città, unless you try really, really hard to fight against it, makes you feel good. Really good. As well as getting swoony over the food there will be lots of rubbernecking and vaguely recognising people from the stage and the screen and the news. You might find yourself saying, “Is it real Chanel?” and hating yourself for it. But for our money, there will be no hating Di Stastio Città, not even when the sun rises and the fiscal hangover bites. 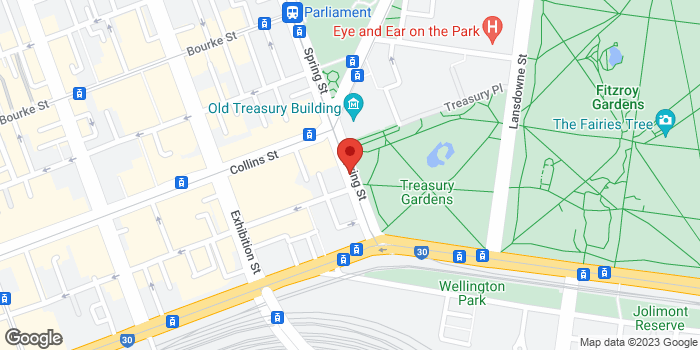