Update: We attended this venue in September 2018 and some details may have altered since then.

Not long ago, Bridge Road was the epicentre of discount fashion, but in recent times, retail’s had it tough and the strip has slowly transformed into a hill of tumbleweeds. Enter Jan Chi, one of the many independent hospitality businesses taking on the tough real estate to give Richmond a second chance at life. Jan Chi means ‘to feast’ in Korean, and there’s truth in advertising when the jewel of the menu is a 530 gram plate of braised Angus short rib.

Korean may be the flavour of the moment, but owners Steven Ryu (chef) and SJ Min (venue manager) aren’t jumping on the bandwagon - they’re dishing up flavours from home with their own personal twist. Ryu has made his way to Melbourne by way of New York, working the line at the revered Japanese restaurant MASA and revolutionary Momofuku Ssam before doing his time in Melbourne’s Lucy Lui and Spice Temple. Min is considered the MVP of the Lucas Group, holding the fort and her cool in an impressive six-year stint at the juggernaut known as Chin Chin before being part of the opening crew of Kisume - no easy feat. It makes sense, then, that the two are bringing together their traditional sensibilities with a laid-back, party attitude to this casual diner with very serious food.

We may have mentioned it earlier, but it’s worth restating: order the braised short rib. It will comfortably feed a group of four and will allow you to share a range of other dishes (which you’ll want to do). The soft, sticky short rib comes doused in a pear and apple infused soy sauce with a refreshing, crunchy salad made of the same fruits. You could dig in as is, but as the customised prints on the wall suggest, order a basket of crunchy ssam vegetables that feature a range of lettuces and sturdy, bitter greens to wrap up your meat for maximum enjoyment. Throw in a house made kimchi plate while you’re at it.

On the lighter side of the spectrum, fat slices of salmon come cured in premium soju on top of pickled cucumber, dotted with a sweet-spicy gochujang and brightened with a yuja (citrus) vinaigrette. Wild rice puffs and crumbles of freeze-dried mandarin add some welcome texture. And what’s Korean feasting without fried chicken? Jan Chi’s come in a serve of six pieces (wings and drumsticks), fried in an impossibly crisp batter that keeps its crunch long after it has been rolled in a sweet and spicy sauce aptly named ‘Yum Yum.’ More truth. The original flavour comes unadulterated and you also have the option of a sweet soy and garlic glaze. Thick, chewy, tubular rice cakes (tteokbokki) are fried before they’re married with a spicy gochujang sauce laced with shredded kale, crispy shallots and grated cheese, which sounds weird on paper, but is moreish in practice. Can’t decide what to order? There’s a $40 and $55 banquet option that gets you fed from each part of the menu.

A bar dominates the dark, neon-accented room, emphasising the way that Korean food and alcohol go hand in hand. Soju is the most common order here, with a variety ranging from 17-53 per cent alcohol. Cocktails get flourishes of Korean liquors or Asian ingredients, such as the Mojito smacked with peppery shiso, the Martini spiked with yuja syrup, or the Negroni which replaces gin with a smooth, 53 per cent, organic soju. It doesn’t have to be Friday night for this place to pack out, the younger members of the Korean community are already taking ownership of the tables, while the locals are lining up for take away.

Jan Chi is not like every other Korean restaurant. It marries traditional flavours with Australian dining sensibilities, where the act of eating and drinking serves as entertainment. You can see the cumulative effect of culture, fine dining and modern eateries as influences on Ryu and Min, but Jan Chi is a restaurant on their own terms, and it couldn’t feel fresher. 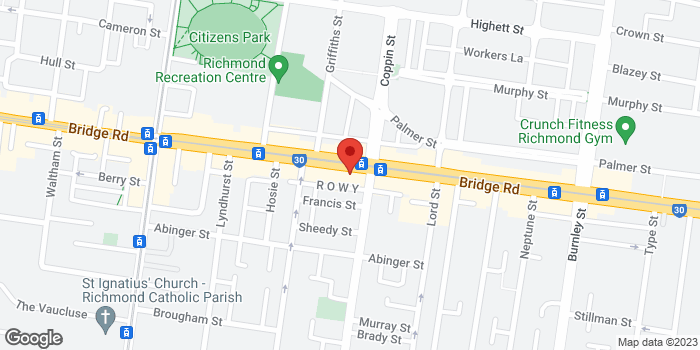