Restaurants Fitzroy North
3 out of 5 stars 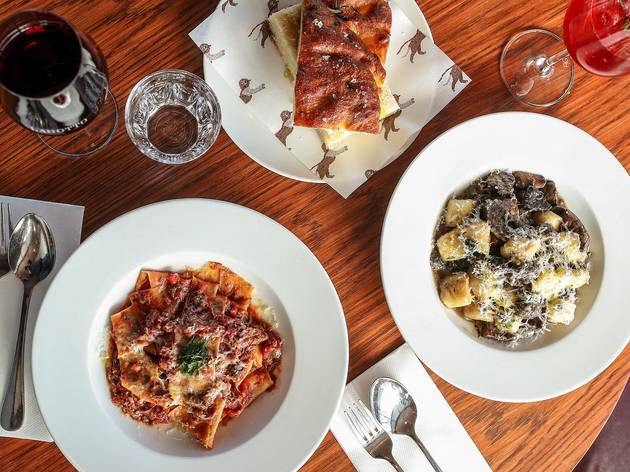 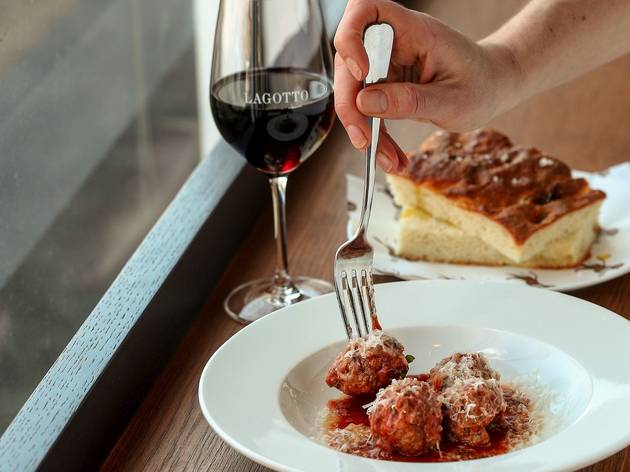 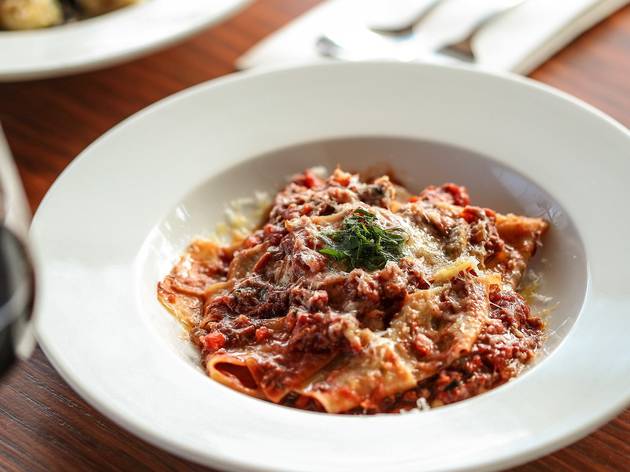 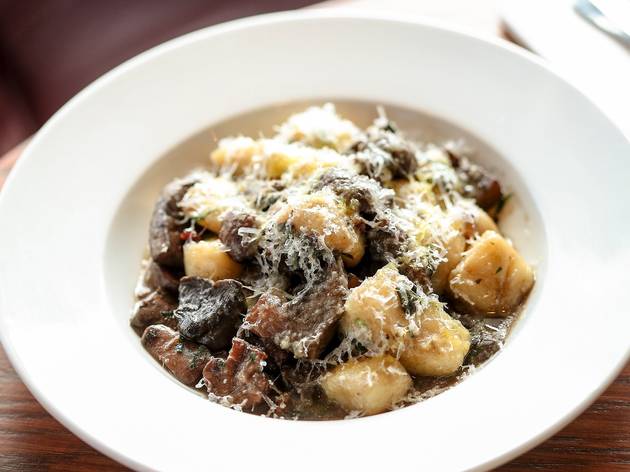 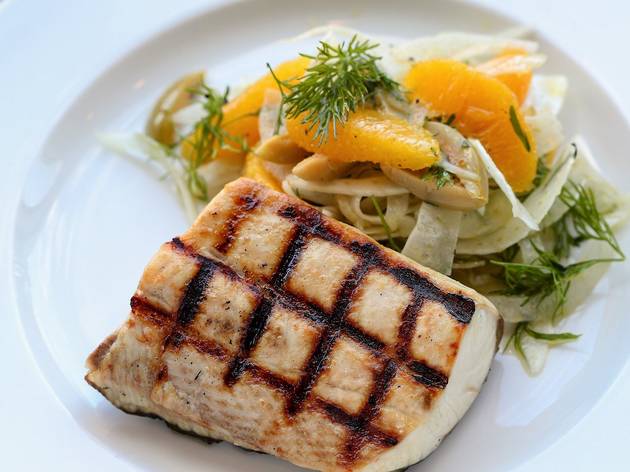 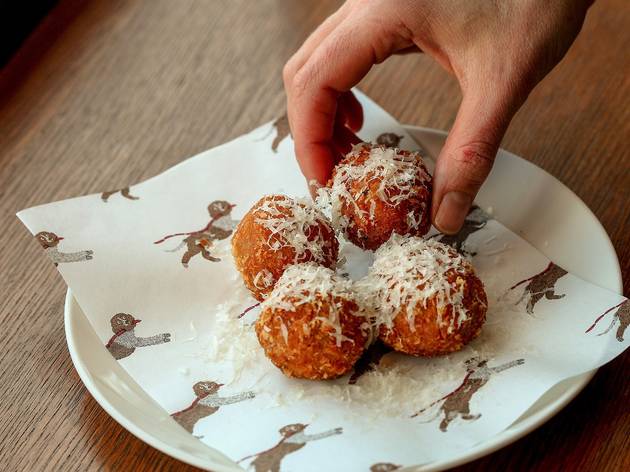 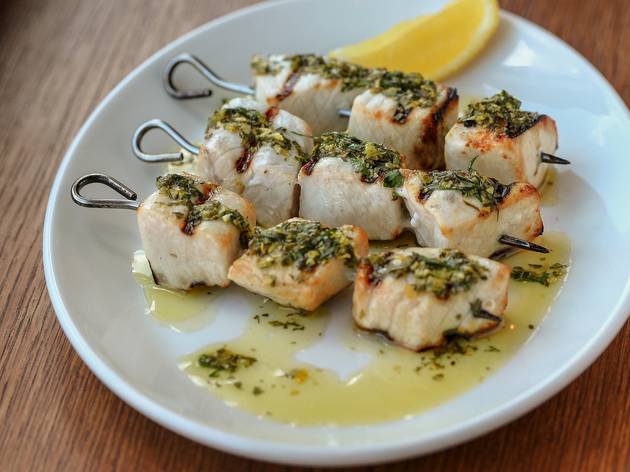 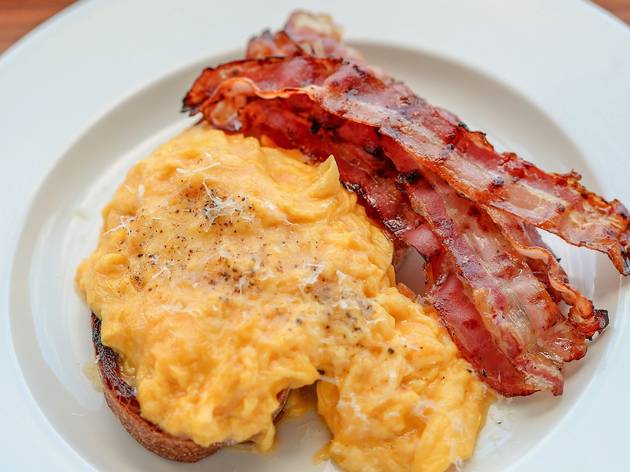 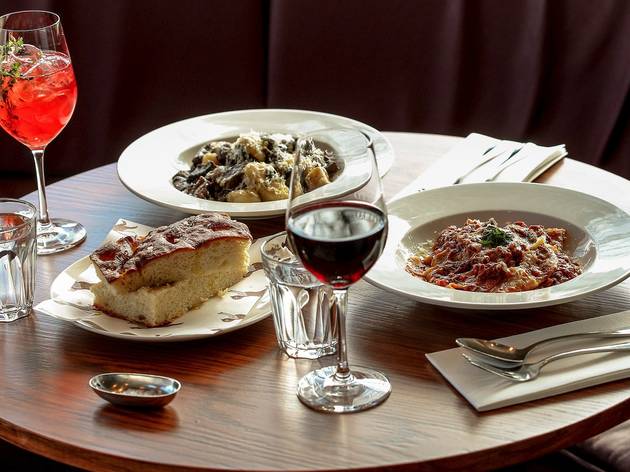 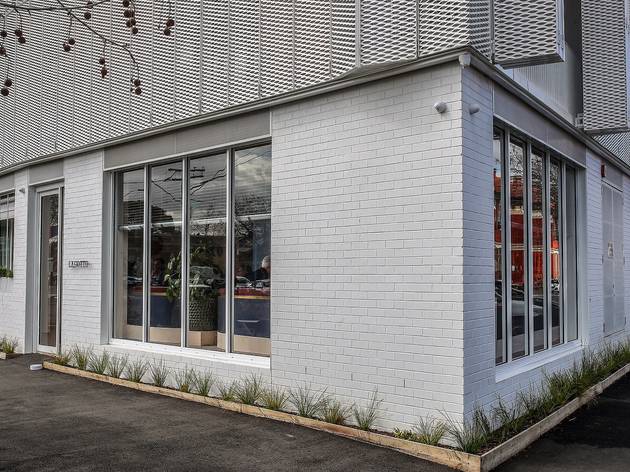 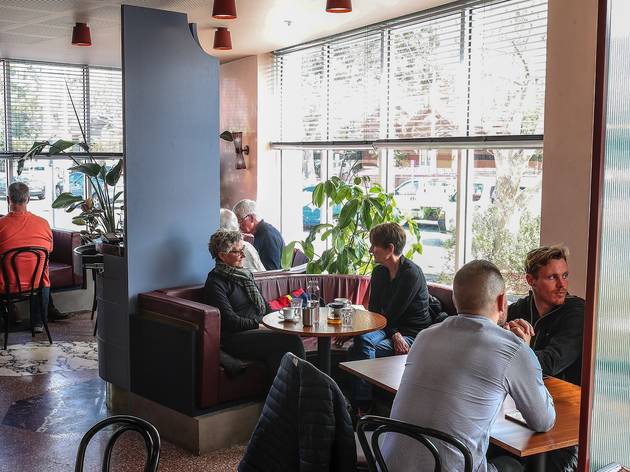 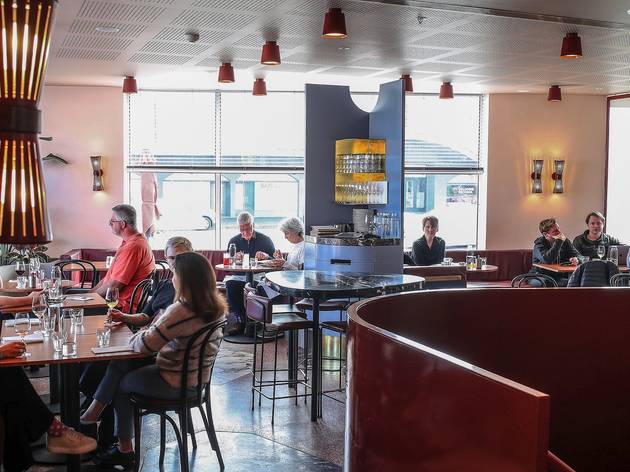 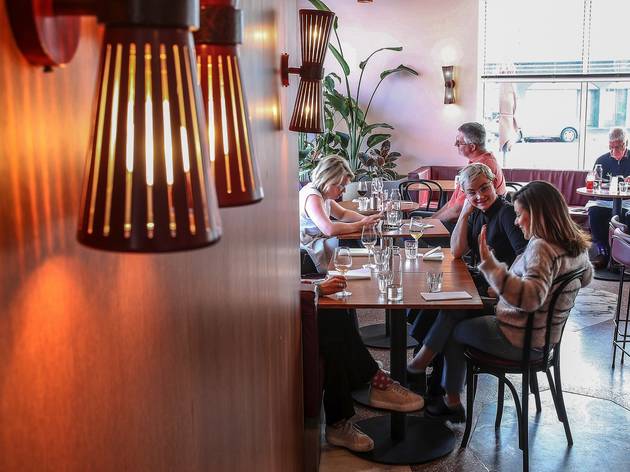 A neighbourhood Italian that oozes style

Lagotto has brought the sunshine of Positano and the ossified elegance of Rome to an odd corner of Fitzroy North opposite the spiritual home of the Year 12 formal, the San Remo Ballroom. The design by Flack Studios, which also played midwife to the 26 shiny apartments upstairs, wins our award for floor of the year with its striking marriage of rich burgundy terrazzo with irregular marble inlays. Timber and pink-peach walls glow softly under the mid-century lighting, while the bar’s voluptuously curving lines join forces with coyly tilted Venetian blinds for a hint of intrigue. It’s gorgeous – kind of like Sophia Loren and Marcello Mastroianni fell in love and made a restaurant baby.

For those late to the story of the Milieu Hospitality group, it’s the dizygotic twin of Katie and Michael McCormack’s Milieu Property group. Congress in Collingwood and Future Future in Richmond are their previous efforts, doubling as honey traps for their apartment buyers and lures for the broader neighbourhood. Going by our online real estate stalking, the 26 sweet cribs above Lagotto are not for the cash-strapped, which sticks to the subliminal promise: hard-working residents need a comforting day-to-night place – a café, restaurant, wine bar and food store – that can massage away the stresses of the corporate world, the annoyance of Linton in HR and the drama of who took the last of the oat ‘mylk’ in the staff kitchenette.

It must be nice descending to Lagotto’s burgundy banquettes for a morning coffee and cacio e pepe eggs before running for the number 96 tram. It must be equally nice returning at the end of the day in time for aperitivo hour serviced by seasonally changing Spritzes, classic cocktails and a tight wine list that splits the love between Italy and the Italian-hearted wine-growing areas of Victoria. But there’s niceness for all who take this time-travel portal to a place of uncomplicated la dolce vita, where the menu is the hard-working tractor of Italian certainties rather than the swishing sports car of our latest Mediterranean love affairs.

There’s no shock of the new here, but also no arguing with the house-made focaccia, equal parts salty and spongy and just nigh on perfect. It’s the natural handmaiden to a good portion of the tight menu, from textbook nonna-style pork and veal meatballs in sugo to a tight huddle of mussels and pippies, as classic as they come in a briny broth bright with chilli, white wine and garlic. Anyone wary of swordfish thanks to the cabal of chefs determined to criminally overcook it might want to indulge in some aversion therapy with these just-right skewers topped with salmoriglio, the Sicilian salsa verde pumped up with garlic and lemon.

The arancini, on the other hand, lack any kind of gooey cheese ooze. These little basil-flecked fried rice balls allegedly made with bocconcini are just dreary balls of fried rice. On the pasta side of the ledger, you wouldn’t impeach the gnocchi, although there’s a disconnect between their soft, pillowy sweetness and the street-fighting punch of a classic puttanesca sauce. More cohesive are the ribbed tubes of paccheri with duck ragu, a sauce/pasta union destined to go the distance.

And that’s really the thing about Lagotto (named, we’re assuming, for the truffle-hunting, curly-coated Italian dogs). It shows a lasting marriage isn’t about fireworks and excitement but the everyday embrace of comforting certainties. The residents above it would surely agree.