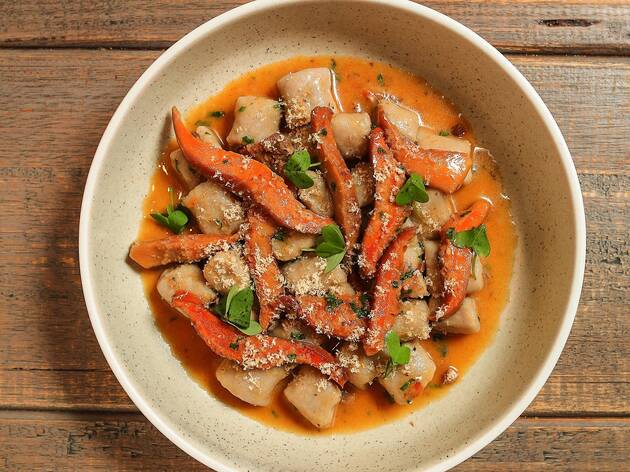 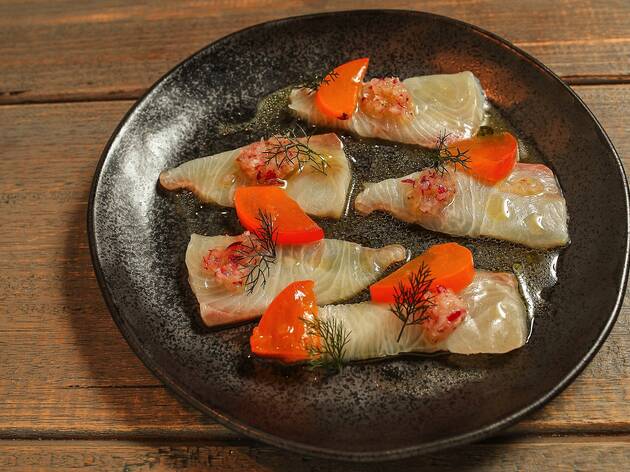 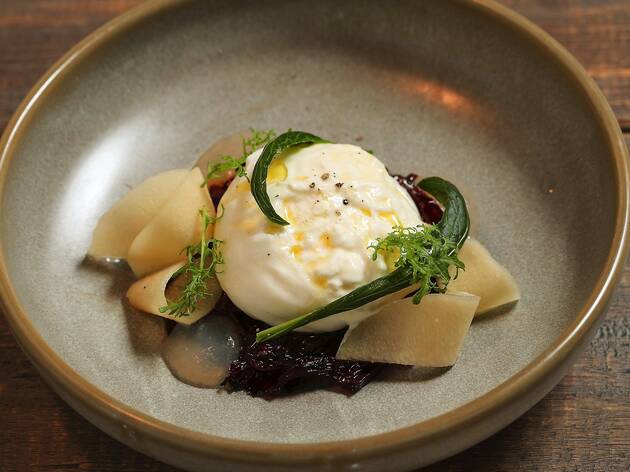 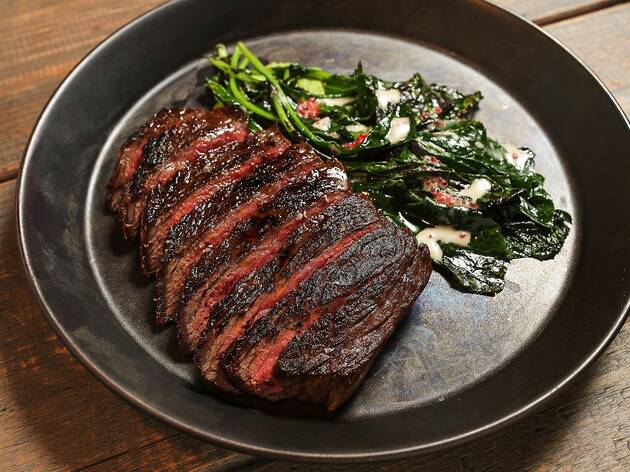 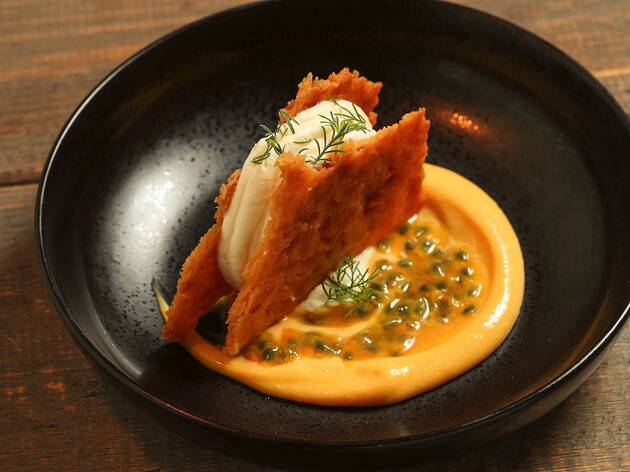 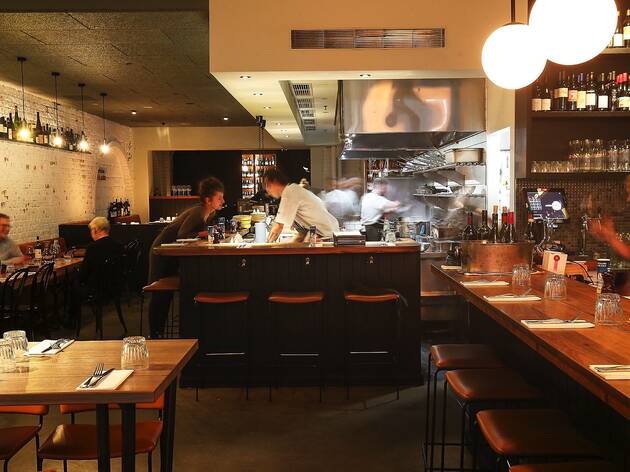 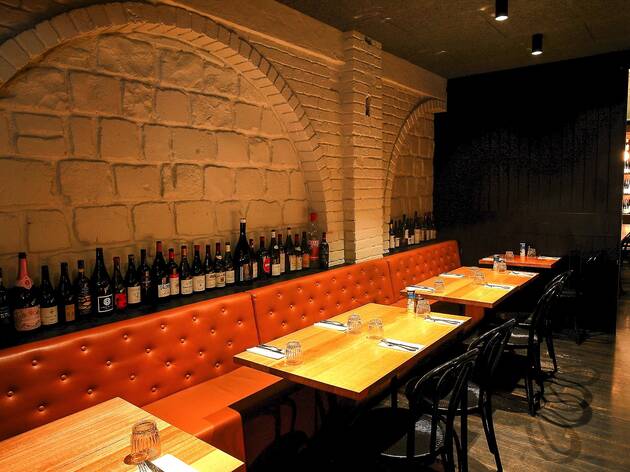 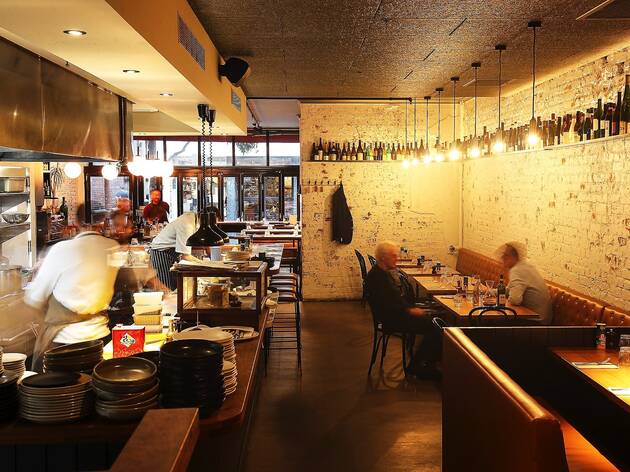 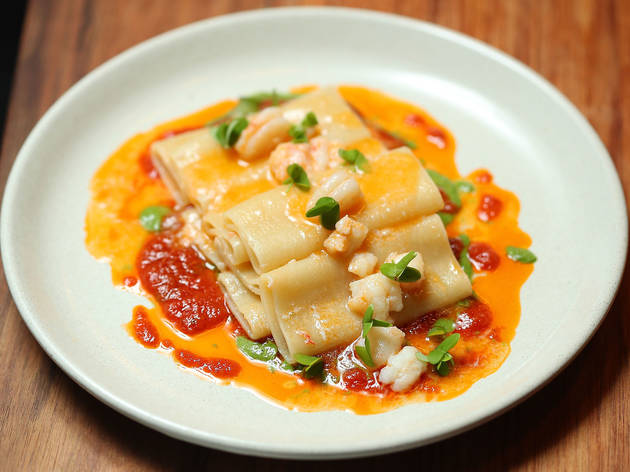 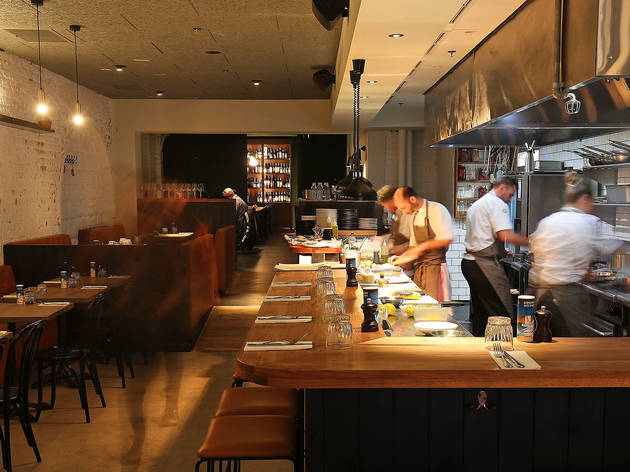 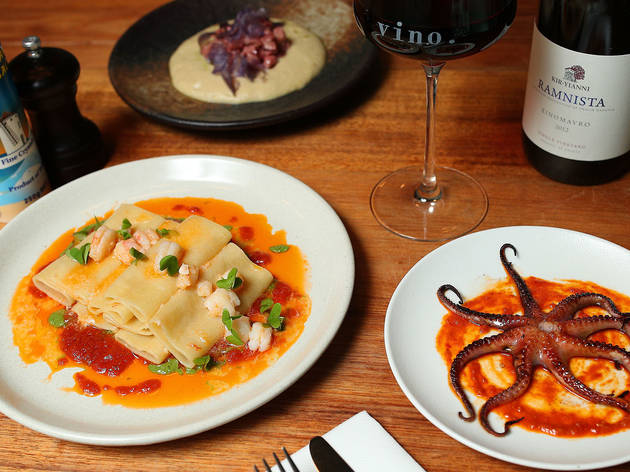 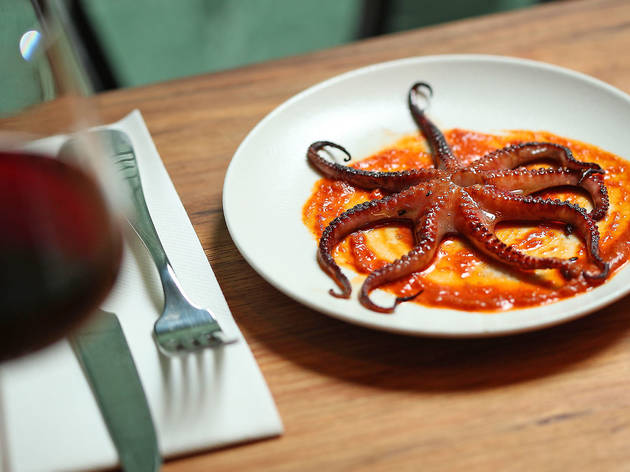 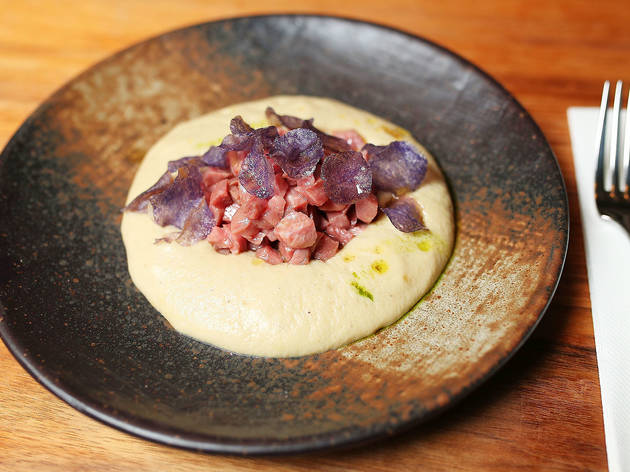 Update: We attended this venue in June 2017 and some details may have altered since then.

Little Bourke Street, just south of Elizabeth, sure ain't what it used to be. Once the home of camping outlets and tourists fleeing the Hardware Lane touts, it's turned into a mini-rival to Flinders Lane (home of Chin Chin, Cumulus Inc and Supernormal) thanks to the arrival of Kirk's Wine Bar, French Saloon and Tipo 00. Wander past Tipo 00, the strip's most hotly contested piece of real estate, at the unfashionable hour of 5.30pm on a Friday and you'll overhear those who've missed out on a table forlornly working out plan B. Don't despair, good people: your backup plan is now just a shopfront away.

It's round two for Luke Skidmore and Andreas Papadakis, the duo who reaffirmed Melbourne's love for all things Italian and carby when they opened Tipo 00 a couple of years ago. The space formerly known as Scandi Bar Du Nord has been revitalised with the same architectural eye. A patina of age has been added to a layer-cake of Italianisms, from the distressed faux-tiled floor to the bashed-about charms of whitewashed brickwork. It's a mullet of a room – high-tabled party at the front, booths at the back. A long bar, home of Negroni-pushing bartenders, unifies the room before segueing into an open kitchen where Papadakis is dusting off those chef tricks of his that lay dormant in the Tipo era.

What we have here is not so humble as an osteria. Sure, it has an underlying rustic Italian brief, exemplified by the chargrilled whole octopus brutishly splayed over a sauce made of the fiery Calabrian spreadable salami, `nduja. On the other end of the spectrum, lamb tartare arrives gussied up for the red carpet with a custardy froth of smoked eggplant, purple Congo potato crisps and winks of rosemary oil. It's true in the tasting, but it's a shame the illusion falls apart in a mix-it-all-in outbreak of the colour puce.

They might also want to nix the nasturtium leaves, the modern answer to the parsley garnish, which needlessly grace an earthy tangle of sautéed pine mushrooms and a wedge of sweet/savoury pecorino cheesecake.

It's ironic to the power of ten that the dish that's become Ilaria's de facto signature is pasta. It's the only one on the list; thick tubes known as paccheri, Italy's answer to the Cantonese chee cheong fun, strewn with nubs of Crystal Bay prawn meat, grounded in tomato and sorrel purees and anointed with the heady cologne of prawn oil. An Insta-classic.

There's plenty to like about Ilaria, from the caraway focaccia and cultured butter to the smart-casual service from Skidmore and co – not to forget the mindreading ability of sommelier-about-town, Raul Moreno Yague. He is persuasively doing his bit with a list stuffed to the gunwales with enough low-intervention curios to mount a compelling case for Ilaria as a wine bar with food rather than vice versa. So is it? Hard to say. But whatever its place in the pantheon of Melbourne’s eating and drinking scene, we sure are happy to welcome it to the family.

2017Restaurant of the Year