In recent years, tattoos have become increasingly common, with people from all walks of life investing in the art. But it’s as important as ever to take the time to investigate the many parlours and artists that are around to discover which ones suit your unique tastes and needs. Here, we take a look at some of Melbourne’s best tattoo shops and some of the inspiration behind the work.

Appreciate good art? Take a gander at our guide to the best street art in Melbourne. 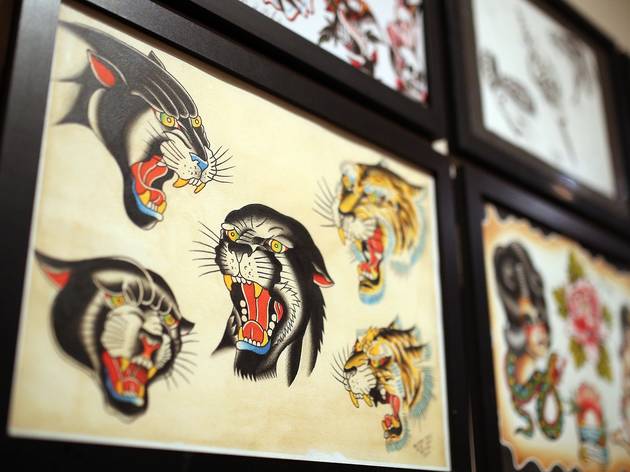 You don’t get much more central Melbourne than Hardware Lane, but the décor of Blue Lady Tattoo is all New York loft. Tattooist Mike Tea’s personal style is "party tropical/traditional”, and he describes his team members Bradley Hampstead as “neo trad”, Emmet Jace as “neo-trad/Japanese”, Ben Koopman as “trad/black and grey”, David Agostino as “Italian trad” and TJ Day as “trad with a tropical twist”. Walk-ins are welcome. As for those seeking custom work, Tea says Blue Lady's dream client is “a person who understands tattoos and their strengths and limitations… We enjoy a chat with our clients.” 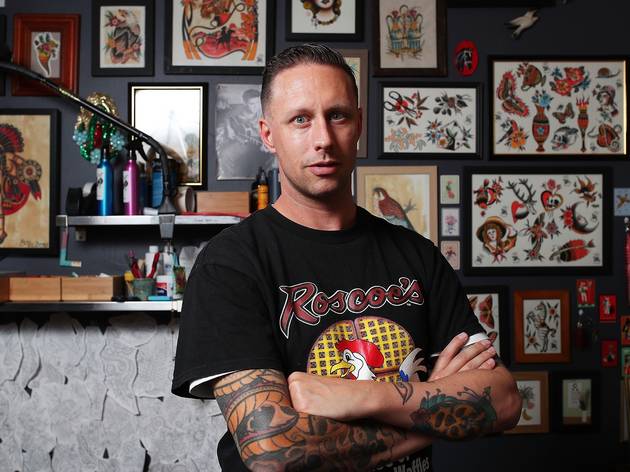 Co-founder Andrew McLeod describes the 22-year-old shop’s overall style as “a classic street shop”. Actually, it’s so popular that while artists will make time for walk-ins, there’s often a six-week wait for custom work. There are currently 11 artists, first and foremost specialising in traditional, but as McLeod says, “We pride ourselves on being versatile. Everyone at the shop is pretty much able to handle anything that walks in the door, from classic, to black and grey, tribal, watercolour, you name it.” 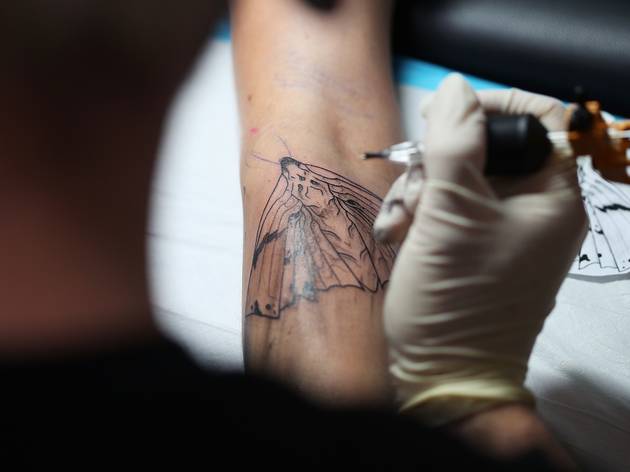 Welcome to Melbourne’s first queer-owned tattoo studio, est. 2015. It’s a safe space where everyone can feel comfortable regardless of their gender, sexuality and race, and it’s wheelchair and walker accessible. The tattoo process can even be made vegan. As artist and founder Zero says, “The shop is cosy and filled with natural light, old botanical art prints, dried flowers and driftwood.” Zero’s style ranges from minimal line work/black work to abstract and Western trad. Adam likes contemporary line-based tattoos, often featuring abstraction and queer male subject matter. Brody’s style is mostly influenced by Western traditional, combined with colour realism; and Teddy’s work combines elements of Western traditional with Japanese and contemporary influences. 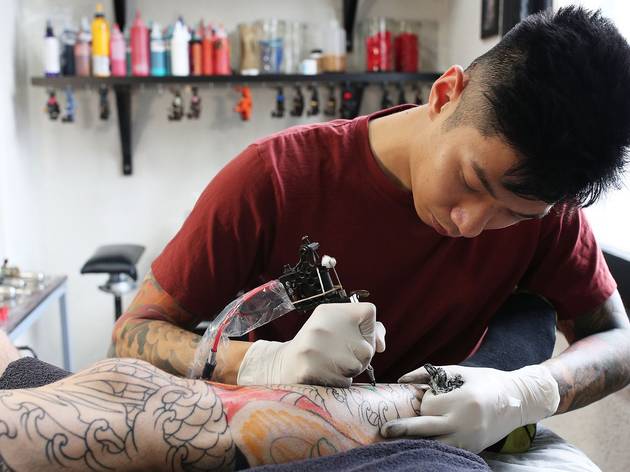 Trevor McStay set up Dynamic Tattoo in 1991, and it’s the essence of a timeless tattoo studio. It’s his love of Japanese style – also favoured by Daryl Lasken and Joel Ang – that dominates; however, artists Zach Hart and Shane Wilcox excel at American trad tattooists. Olivia Brumen loves explosions of colour, with her style ranging from huge Disney pieces to floral, cheeky cartoon work and detailed images. 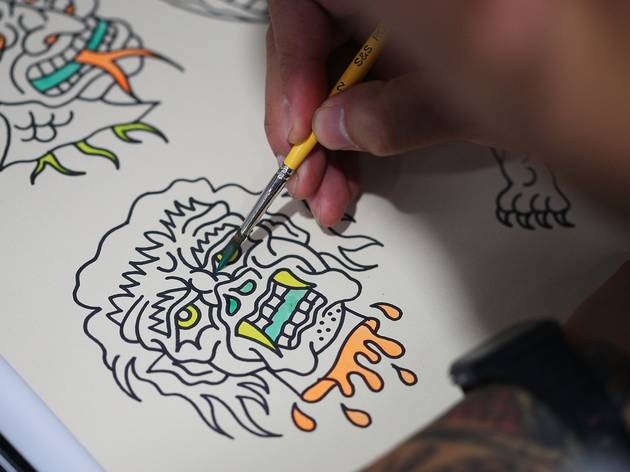 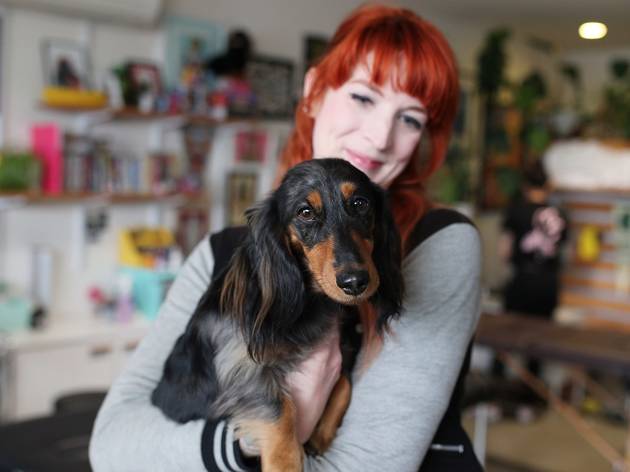 The vibe of Hot Copper, says tattooist Clare Hampshire, is “tropical greenhouse meets Scandinavian kitsch” – and you can find that out for yourself if you book an appointment. Sometimes there are same-day walk-ins, but only if you call first. Hampshire specialises in “post-modern Tropicana” – think palm trees, cocktails and flamingos. Of the team, she says Lauren Fenlon favours “stylised abstract realism”; Brittany Kilsby goes for “bright botanical bonanza”; Kat Weir’s style could be described as “pop culture glitterbomb”; and Amanda Brooks offers a “traditional Kawaii mishmash”. 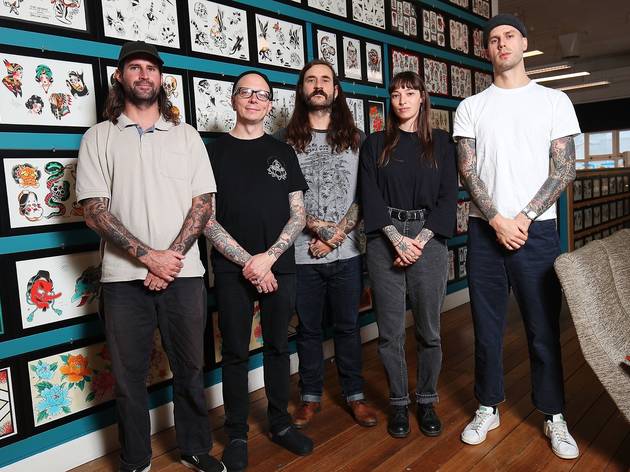 Opened in 2013 by Zoe and Matt Wisdom, Melbourne Tattoo Co sits above the Captains of Industry café. It’s “a little sneaky”, according to Zoe. “You have to come up a dark stairwell. It means people don’t wander in for a sticky beak, ask 27 questions and walk off.” Don’t worry, though – genuine customers are made at home the moment they walk into the warehouse space, with its window seat and skateboards on the walls. The eight-strong team welcome walk-ins, and they are rapt if someone picks the flash they’ve spent hours painting. 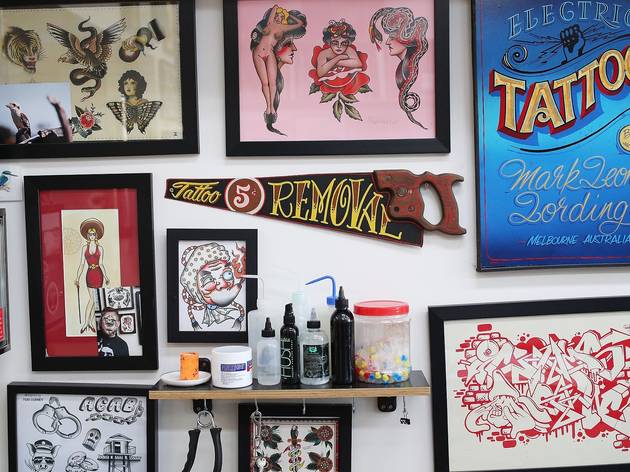 Vic Market Tattoo, says Wade Johnston, is “an homage to the past and the 25-year history of the shop. There’s lots of tattoo flash and beautifully kept wooden furniture.” Johnston, who also has his own machine line, describes himself as “a jack of all trades, starting with neo-traditional and lettering tattoos”. He works alongside Pablo Morte, “our resident expert at black and grey and religious tattoos”; Mark Lording – “he’s the Australiana expert and does them in a traditional Western style”; Anthony Von Ratcorpse, who – as the name suggests – loves all things horror and skateboarding; Chris Jones, a specialist of dot-work and geometric tattoos; Lachie Grenfell, who “takes many references from the true greats of traditional Western tattooing”; Charlie Lacroix – “a French mastermind of the wildest trad tattoo ideas that you can think of”; and Kane Berry, who’s “all about super-clean, super-bold and, quite often, super-cute tattoos". 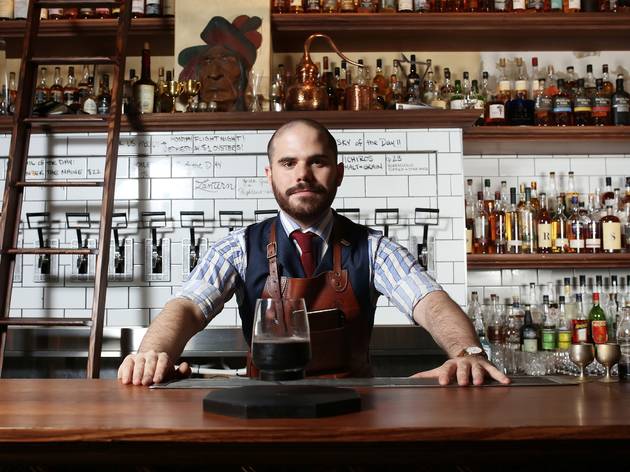 These bars have one thing in common: they are the very best this fine drink-swilling city has to offer.