As Mother’s Day approaches, we meet three creative businesswomen who also happen to be awesome mums. It isn’t always easy being a “cool mum” but as we soon learn, it’s always worth it 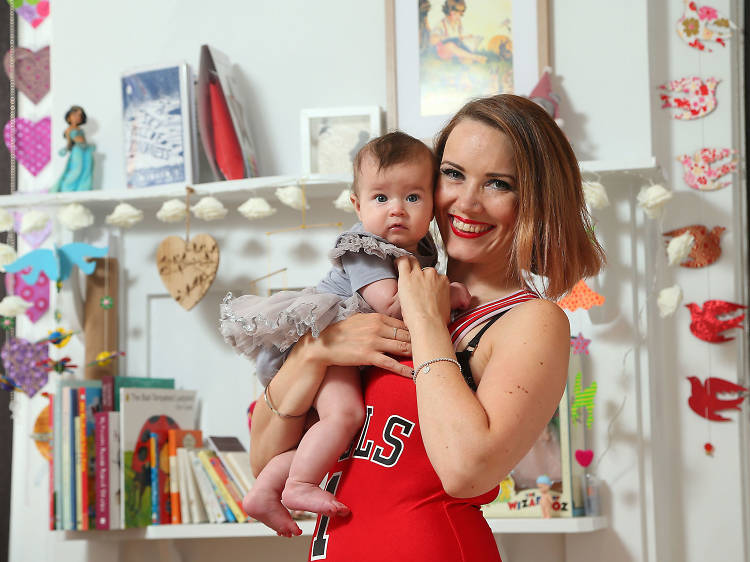 At the start of every Bey Dance course she teaches – before the warm-up, and before she begins teaching the moves to tracks like ‘Run the World (Girls)’ or ‘Flawless’ – Liz Cahalan asks every member of her class to adopt what she calls the ‘Beyonce power stance’. Instilling an inner confidence in her predominantly female cohort is the philosophy at the core of Cahalan’s dance school, which has blossomed in popularity since she founded the business in 2013.

Then Rose came along – the Blue Ivy to Cahalan's Beyonce – and changed things forever. “I was so scared of having children because of the idea that I wouldn’t be able to get my work happening in the way that I wanted it to. When I got pregnant, it was not planned. I thought, ‘how am I going to do this?’”

Much to her surprise, motherhood came so naturally to Cahalan that she can’t imagine why she ever feared it. “I had this moment a few days after she was born, when I was all achy and sore, where I was like, ‘this is the best thing I’ve ever done, and this is the thing that I was always meant to do’."

“I found it really easy to have this thing fit into my existing life,” she says. “There have been compromises… but the things that have gone from my life are things that obviously weren’t that important to begin with.”

As a passionate feminist, Cahalan is pleased that she’ll get to pass on her own “strategies and tools to make the most of this world.”

“I really believe in this ‘ban bossy’ movement that Beyonce and Michelle Obama have been working on,” she says. “Bossy is a very gendered term. I’m a naturally quiet, empathetic person, but I know that if I’d just been encouraged to be more assertive and to say what I wanted, and to go after it, I wouldn’t find the conversations I have to have now in business about money or about people management so confronting. I know that having a bossy child will do my head in, but I would feel really good to know that she was going to grow up to feel confident in what she wanted and that she could ask for it without fearing that she was going to be put down for it.” 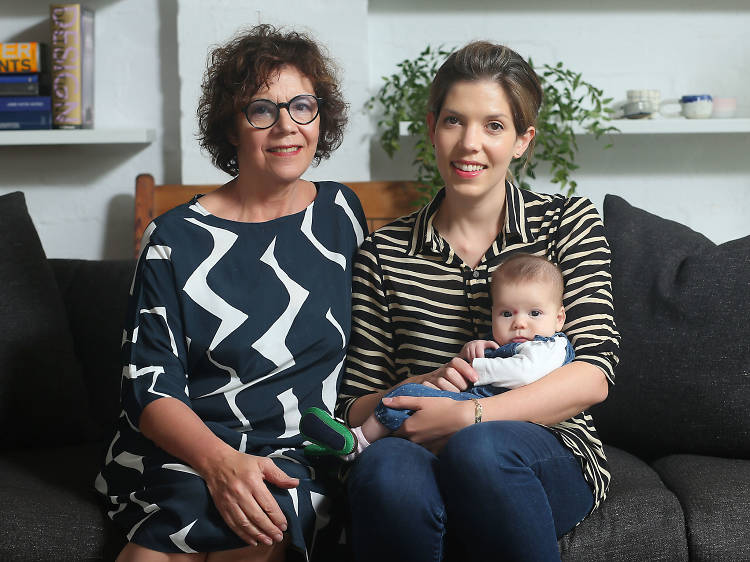 There’s something fascinating about watching a grandmother, a mother and a young daughter together – a little like having a time warp in front of you. But this is everyday life for The Design Files founder Lucy Feagins, her husband Gordon Johnson and her three-month-old baby daughter Minnie, as they are currently living in Feagins’ mum Chrissie’s Fitzroy home while they wait for construction to finish on their new home. “I lived with my mum until I was 27, I was very focused on saving money to buy a house so it’s funny that I ended up moving out, getting married, only to move back in after I had a baby!” she says.

Returning to work on her successful design blog a mere two months after Minnie came along means that daytime baby duties for Feagins is whole family affair. “Gordon [who is a furniture designer] and I both work for ourselves, so Gordon’s taken on a big chunk of the childcare. He’s pretty much a stay at home dad,” Feagins says. “Mum takes care of Minnie one day a week.”

Lucy’s favourite piece of advice so far has been from her doctor. “He told us not to put our lives on hold, to take her out with us and to make her part of our life.” No doubt with a design expert and a furniture craftsman for parents, little Minnie will have impeccable taste when she grows up. But for now, the couple are savouring the little things. “She’s just started giggling and sometimes I look at her and wonder, will you be left or right-handed?”

This Mother’s Day, the three generations of Feagins ladies will be spending quality time together. “When I was young a lot of my extended family lived in the UK, so it’s nice for Minnie that she has a grandparent very close,” Feagins adds. “It’s my first time being a mum and Minnie is my mum’s first grandchild, so Mother’s Day will be really special.” 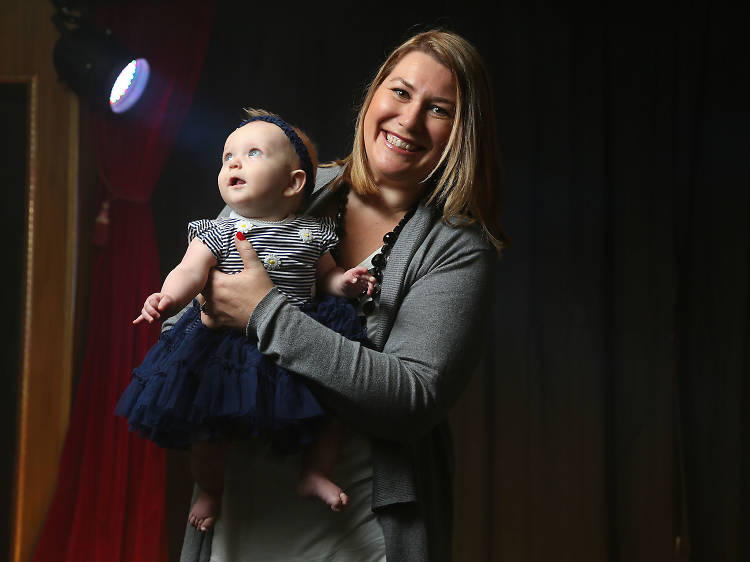 During prohibition in the States, speakeasies ran rife – underground venues for drinking, gambling and fun on the sly. Rumour has it that to get in, you had to knock twice and say Knuckles sent you. Fast forward to 2016 in Melbourne, head to the top floor of the historic State Bank of Victoria building on Flinders Street and Knuckles (known as Zoe Jones to her family) will greet you at Melbourne’s only dedicated vaudeville venue, Speakeasy HQ – a den where circus, cabaret and jazz talent struts the boards every week.

It just so happens that Knuckles is also mum or step mum to six kids, aged six months to 13 years. Spencer, eight, is from a previous relationship, Amélie, six months, is with her partner Roy McPherson (Speakeasy’s theatre manager, stilt walker, fire breather and nine-time extreme-circus world record holder) and the other four – Juliette, 13, Isabelle, ten, Will, nine, and Xavier, six – are McPherson’s. “We’re a Brady Bunch in numbers – it’s a ‘his mine and ours’ in terms of structure,” she says.

A day in the life of Knuckles requires stamina. She’s up at 6am and hits the hay most nights around midnight, working around feeds, baths, school and family time. “I wouldn’t have it any other way,” she says. “The most important thing for us is that the kids are very much part of our business. We show them everything that we’re going to do, we bring them in on the stage and have them up there singing and checking the lights – really immersing them in the culture. The kids adore it.”

Thankfully, it’s not showtime every day of the week. “Sundays are still an amazing, fun day. It’s our dedicated family day. But then end of it, when their heads hit the pillow at 8 o’clock, so do ours.”

Plan your Mother's Day hang out