While we spent a huge swathe of our lives indoors last year, the joy of reading kept our minds and spirits buzzing. A magic portal into other lives and far more exciting places, they swept us far, far away from everyday cares.

If you're still tentatively emerging into glorious Melbourne right now, you can still see her sights and hear her voices by diving headlong into a good book. To that end, we spoke to the teams at some of our favourite independent bookstores and asked them to share their favourite reads about the Victorian capital.

The best books about Melbourne 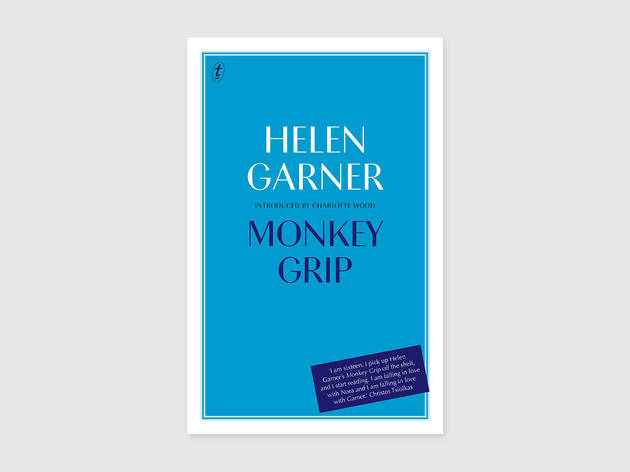 Anna MacDonald at Bourke Street stalwart The Paperback Bookshop says we’re spoilt for choice when it comes to fiction set in and around Melbourne, but it’s hard to go past Helen Garner’s classic novel Monkey Grip. "First published in 1977, the city it describes is still immediately recognisable. Reading this book, you can feel the summer sun on your skin, hear the sounds of Lygon St, North Melbourne and the Victoria Market, and follow Nora as she treads (or cycles) the inner-city streets.” 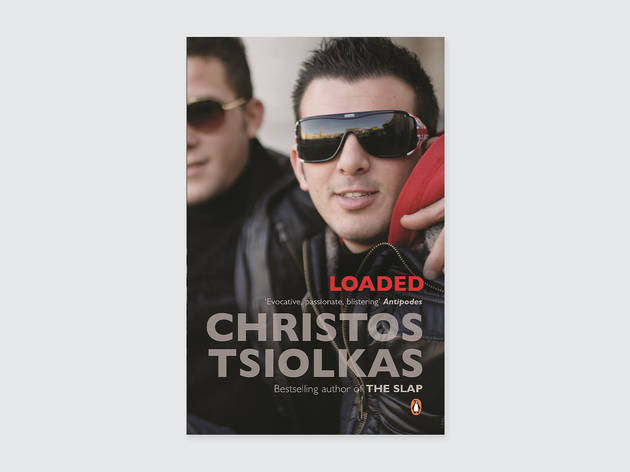 Crusader Hillis, co-owner of Fitzroy's queer bookshop Hares & Hyenas, says Christos Tsiolkas' fast-paced debut novel Loaded is a gripping ride around every corner of Melbourne. "For 19-year-old Ari, each direction has a recognisable set of conventions," he says. "Different cultures, different drugs, different ways of hooking up for sex, different ways of excluding people like Ari from belonging there. Alienated from his Greek culture, and angry at being used, patronised and disposed of by the comparably affluent gay Anglo culture. Melbourne is seen from the perspective of early '90s share houses, gay male privilege, Greek community life, hallucinogenic dancefloors, police cells and toilet beats." 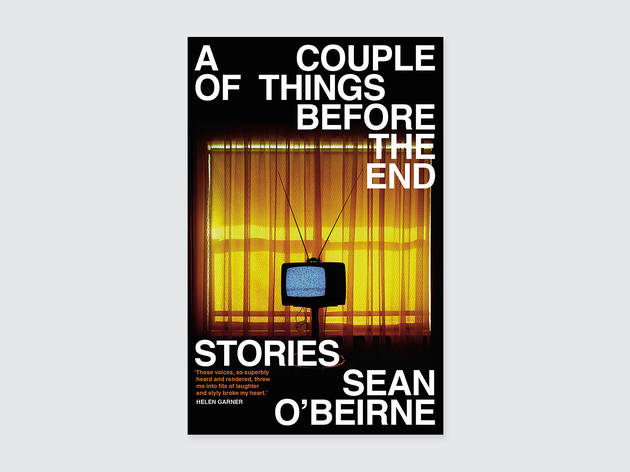 Christine Gordon at Readings' Carlton HQ said she would make no apologies for bigging up their own bookseller Sean O’Beirne's A Couple of Things Before the End: Stories. "His short stories not only take you to the far corners of Melbourne’s suburbs but also give you a brand new road map to discovering how us Melbournians look and act and are in a variety of situations," she says. "It’s not all good news friends, but it’s ours. And praise the Lord, it will make you laugh.” 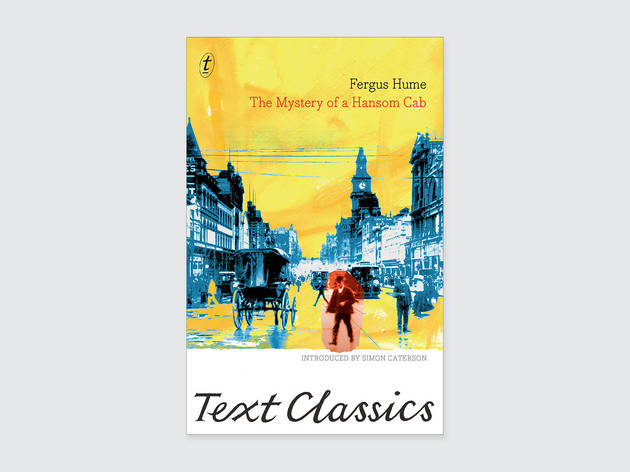 The inimitable Kay Craddock, proprietor of Melbourne's most famous antiquarian bookstore, couldn't go past Fergus Hume's 1886 classic The Mystery of a Hansom Cab. "It sold over half a million copies worldwide, and was Australia’s first international best-seller," she says. "It has been filmed several times, the first in 1911, and most recently in 2012. In 2015, Text Publishing reissued the novel, prompting me to reread it. I am blessed with the ability to forget both ‘what happened’ and ‘who did it’ in crime novels, so my pleasure in a murder mystery set amongst the streets of colonial Melbourne was as fresh as the first time I read it." 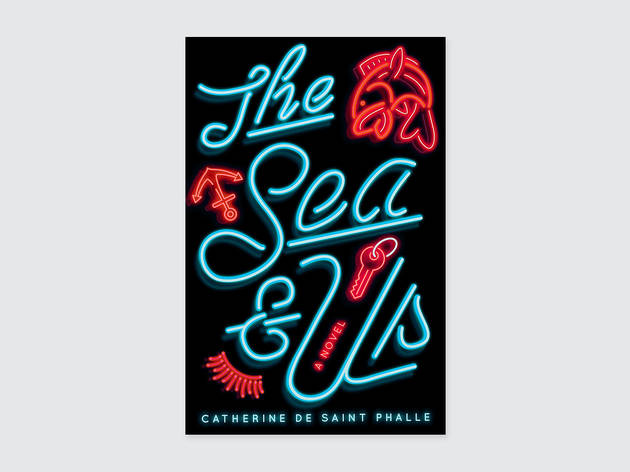 Susie Arambasic, owner of Sydney Road's Brunswick Bound, went hyper-local, picking Catherine de Saint Phalle's The Sea and Us. "It doesn't just evoke the streetscape of our favourite suburb, but also the personalities that you will meet here,” she says. "It's a beautiful character study about coming home and what home means when you've always been an outsider." 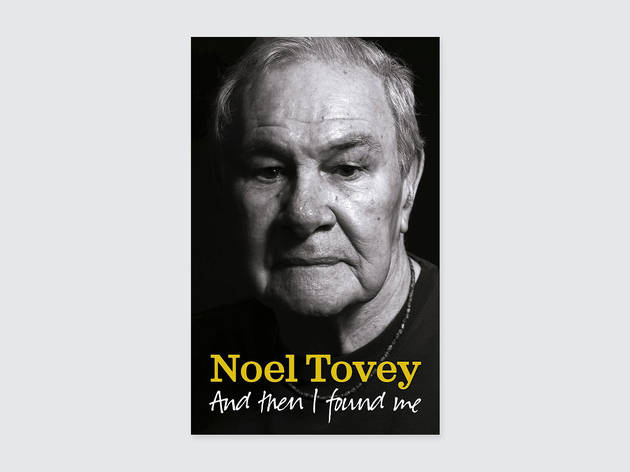 Crusader Hillis at Hares & Hyenas said Aboriginal artist and writer Noel Tovey, born in 1930, was a refined and urbane writer with prodigious cultural knowledge. "His memoir Little Black Bastard tells of childhood poverty, rough sleeping, appalling sustained sexual abuse, a trumped-up criminal conviction for buggery and imprisonment at Pentridge at aged 17, and parallel release into dance, performance, the stage and an international theatre and gallery career," he says. "His latest book continues and deepens his investigation of these themes against the backdrop of inner-city slums, bohemian city life, gay South Yarra parties and quieter life in Hawthorn where Noel still lives by himself." 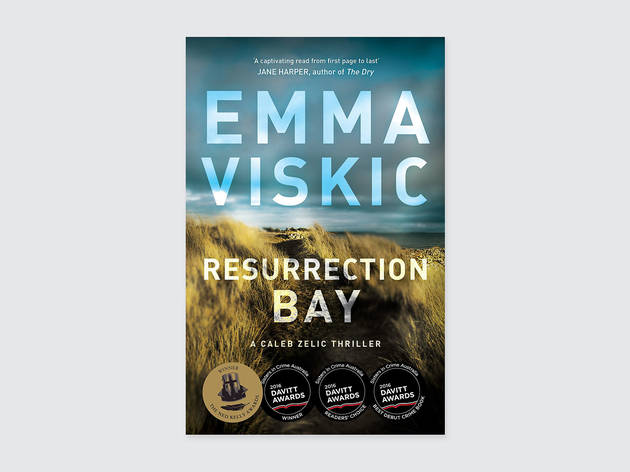 Anna at The Paperback Bookshop said that if crime is your beat, Emma Viskic is their go-to local mystery writer. "Her series of Caleb Zelic novels, beginning with Resurrection Bay which moves between inner-city Melbourne and the imagined regional town of the title, is criminally good," she says. "Caleb is a flawed and extremely appealing PI who reads people and situations in novel ways. In this series – the third of which, Darkness for Light, was released in 2019 – Viskic gives us an Australian detective to rival Peter Temple’s Jack Irish." 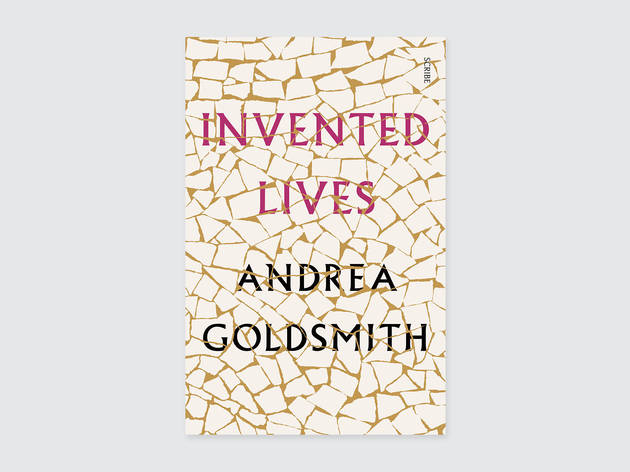 Crusader at Hares & Hyenas recommends diving into mid-80s Melbourne with Andrea Goldsmith's captivating, evocative and satisfying book about memory and belonging. "A novel of exile, from country and one’s own true self, stay-at-home wives jostle with want-it-all feminists and AIDS threatens the sexual freedom of everyone," he says. "Across the globe the Soviet bloc is in turmoil, and 24-year-old book illustrator Galina Kogan immigrates to Melbourne, but she's unprepared for the jostling of conflicting values she encounters." 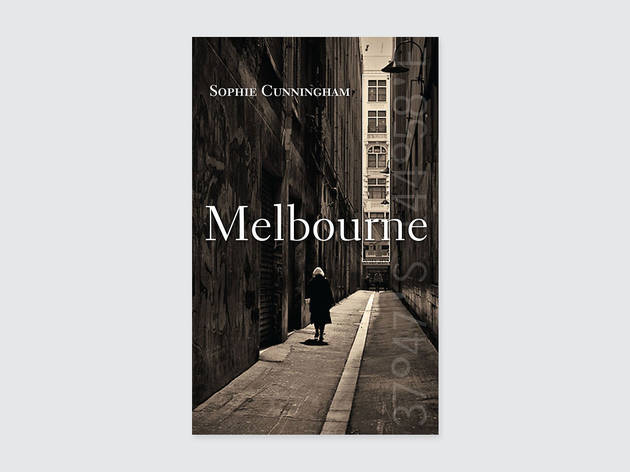 You can't get much more Melbourne than book called Melbourne. Christine Gordon at Readings Carlton suggests taking an imaginary stroll with author Sophie Cunningham. "Her book Melbourne takes you firmly by the hand and leads you through years and streets so that your knowledge of our great literary city increases even while curled up on the couch, wine in hand. It reads like an enthralling gossip session." 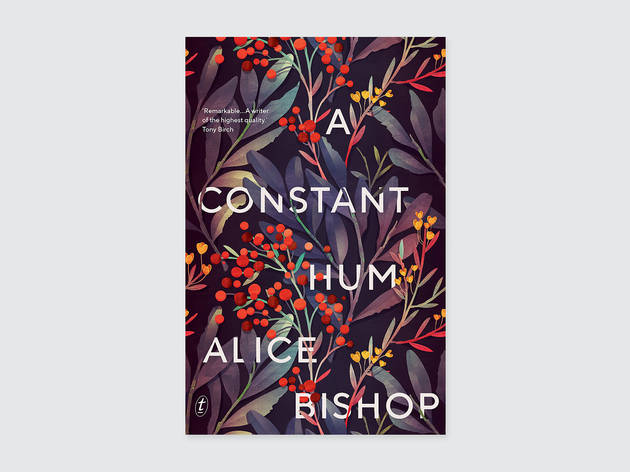 If your attention span is a bit scatty at the mo, Anna at The Paperback Bookshop suggests Alice Bishop’s captivating collection of short stories A Constant Hum. "They beautifully capture the relationship between Melbourne and country Victoria in the aftermath of the Black Saturday fires." 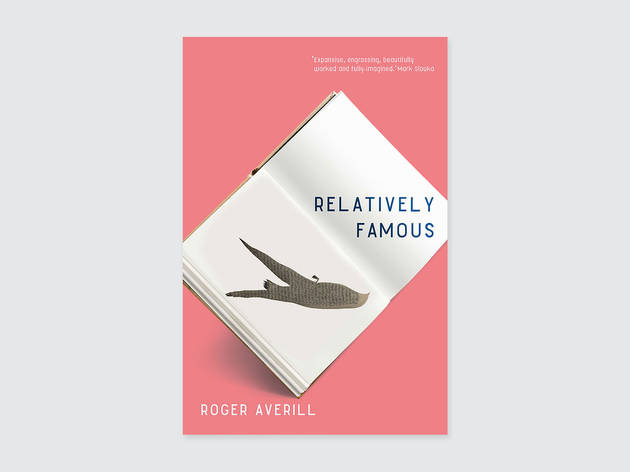 Cheerleading for their beloved local suburb, Susie Arambasic at Brunswick Bound also loves Relatively Famous by Roger Averill. "It's the story of a middle-aged man coming to terms with his mediocrity in the shadow of a celebrated literary father and self-contained mother," she says. "It is funny, maddening and deftly real." 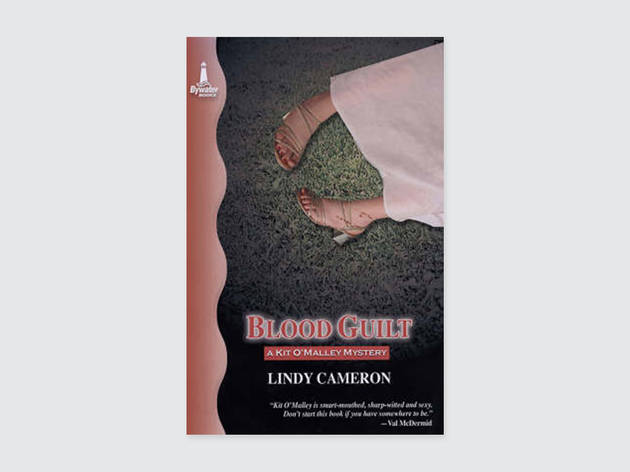 Crime lovers should acquaint themselves with Lindy Cameron, who has both written lesbian crime fiction and publishes it through Clan Destine Press, Crusader at Hares & Hyenas says. "Blood Guilt is the first in her best-known Kit O’Malley series and it brings Melbourne to life in all its gritty charm, laying bare the environs of the wealthy and the desperate equally," he says. "Kicking off with a heatwave, when a body is found floating in an ornamental fish pond. After the discovery of another body and a near-miss with a homicidal driver, Kit realizes she's getting close to something, even if the truth seems to be that everyone has a secret." 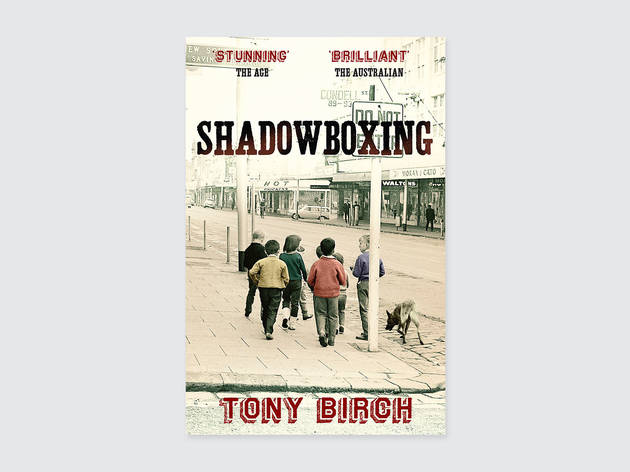 Anna at The Paperback Bookshop rates Tony Birch's short story collection Shadowboxing. "It's a wonderful evocation of Fitzroy in the 1960s," she says. "It captures a time of great change in this inner-city suburb when so-called slums are being demolished, people are being evicted from their homes and teenage boys like Michael are coming of age and trying to find their way." 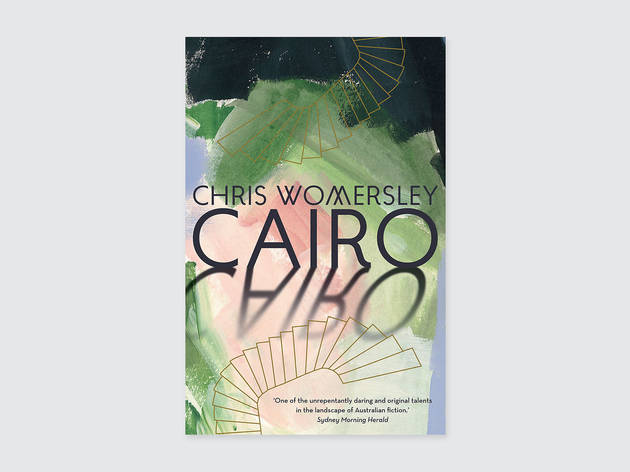 Don't be fooled by the name, the final pick from Christine at Readings Carlton is all about Melbourne. If you’re gripped by conspiracy theories in a time of crisis, Chris Wormsley's Cairo is the perfect pick, she says. "Remember when that Picasso painting was stolen from the National Art Gallery? Remember that no one to this day knows who did it? And do you know that wonderful apartment building opposite the Melbourne Museum on Nicholson Street called Cairo? Pop all of these elements together and you have the most delicious, mysterious read, all set in our wonderful northern streets."

Looking for something with a bit more KAPOW!? 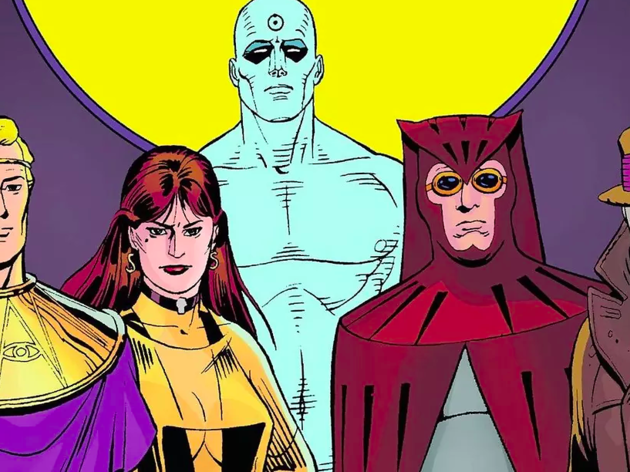 Heroes and villains, the fight between good and evil, and superpowers as far as the eye can read. These action-packed comics are a thrill ride to other universes, and they're only a few clicks away.