Fun, realistic dinosaur activities might just convince you that these carnivorous creatures are far from extinct.

Pint-sized paleontologists will swoon over the American Museum of Natural History's new exhibit, "T. rex: The Ultimate Predator" and anxiously await a ride on the forthcoming Dinosaur Safari at the Bronx Zoo (open April 19). Our go-to family attractions offer great things to do with kids who cannot get enough of these prehistoric creatures.

From exhibitions and attractions to zoos and movies, NYC's best dinosaur activities make for a dino-mite outing. While you're out with the family, don't forget to explore cool outdoor activities for kids that T. rex himself would love. 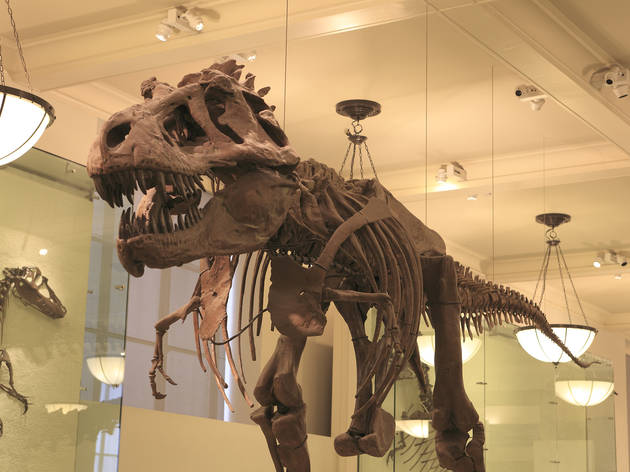 The American Museum of Natural History is the first stop any dinosaur fan must make in NYC. Families can take the elevator up to the fourth floor for a self-guided tour through one of the largest dinosaur fossil collections in the world. Marvel at a 65-million-year-old Triceratops in the Hall of Ornithischian Dinosaurs and then say hello to the powerful Tyrannosaurus rex (and its four-foot-long jaw!) and see a Barosaurus rearing up to protect its child from an Allosaurus in the Hall of Saurischian Dinosaurs. In 2016, the museum unveiled a 122-foot-long cast made of a Titanosaur skeleton in a new permanent exhibition in the Miriam and Ira D. Wallach Orientation Center. This beast is so large, it couldn’t be contained in just one room! If fans of the museum’s iconic big blue whale are in your midst, they might not be keen to find out this guy is about 30 feet longer than the aquatic mammal. Be sure to win by the Discovery Room where to examine real fossils, unearth an Oviraptor nest and assemble the skeleton of a 14-foot-long Prestosuchus. 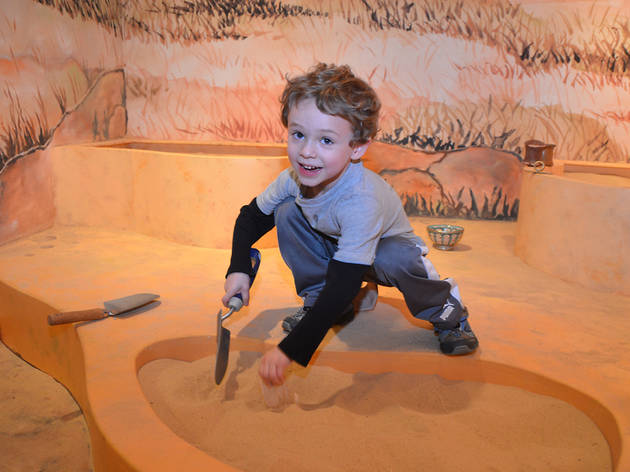 If your kid is into the science that goes behind finding and identifying dinosaur fossils, then check out the “Archaeology Zone: Discovering Treasures from Playgrounds to Palaces” at the Jewish Museum (free with museum admission). At this hands-on exhibit, tots can piece vessels together, weigh and examine replicas of artifacts and don costumes inspired by the time period that the artifacts are from. Along the way, they learn about the tools and procedures archaeologists use. Note that the exhibit is closed on Saturdays. 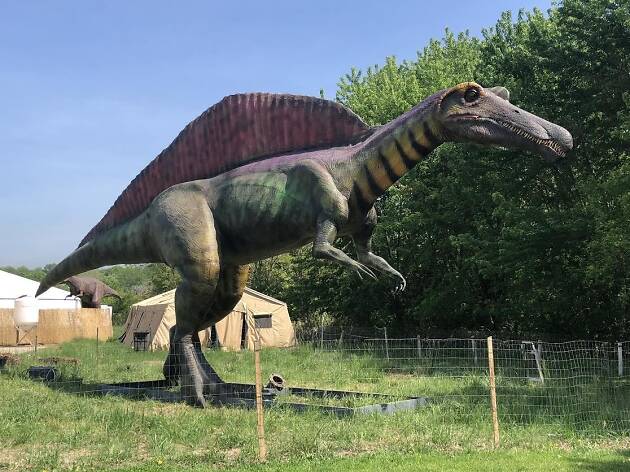 Kids can pretend to be prehistoric explorers at this outdoor expedition, where they’ll tramp through the verdant New Jersey Meadowlands alongside animatronic dinosaurs including Stegosaurus and Triceratops. The theme park features over 30 life-sized dinosaurs, built with sensors and facial-recognition technology that makes them move as visitors draw near. Daring kids will get a thrill from hearing a 15-foot-tall T.rex roar in response to their excited shouts, but there are also activities geared toward the younger set; little ones can play Raptor Feud, a dino-centric quiz show covering geology and archeology facts. Check out the Paleontologists’ Laboratory to get the feel of a dig site and learn about a paleontologist’s tools. Note that the attraction opens for the 2019 season on Memorial Day Weekend. 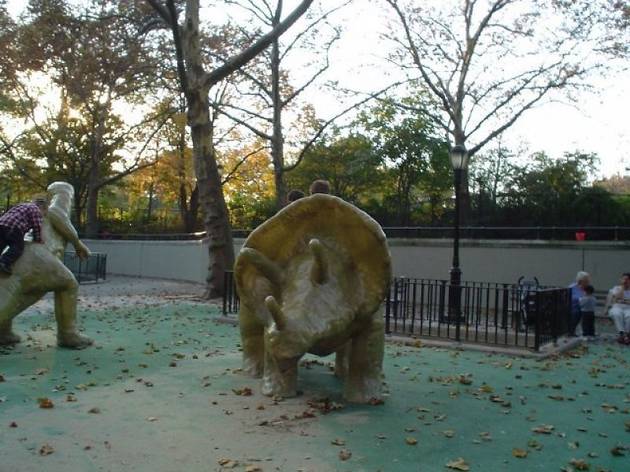 Some Upper West Side residents aren’t like the rest...they’re extinct! When you’re not ogling the life-size dinos at the Museum of Natural History, head over to Dinosaur Playground to keep all pint-sized paleontologists occupied. When you visit the Riverside Park destination, be on the lookout for fiberglass dinosaurs who are relaxing next to the slides and jungle gyms. This spot will be a hit...but if the triceratops and hadrosaur were real, we’d say take a pass on a visit! 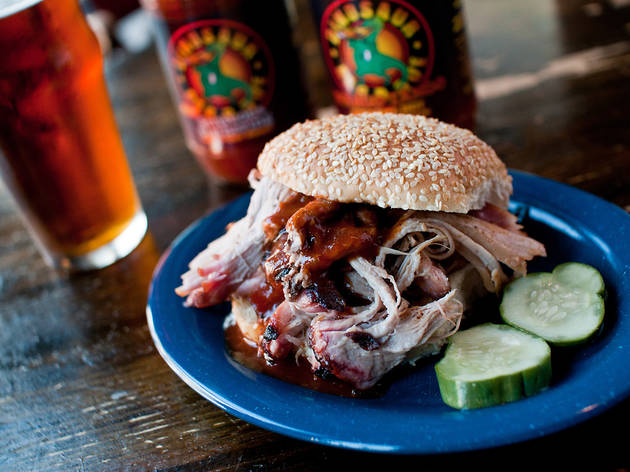 Tell your youngster not to worry—they don’t serve Brontosaurus ribs here—but kids will love keeping the theme going through mealtime as they chow down on options like sliders and crispy chicken fingers at this family-friendly BBQ joint. Ages 12 and under get a main dish plus two sides for just $6.75, and Mom and Dad have plenty of tasty items like crispy catfish ($17.50) and marinated skirt steak ($22). Coloring books and temporary tattoos keep the crew busy while you wait for your grub. Locations in Gowanus and Harlem. 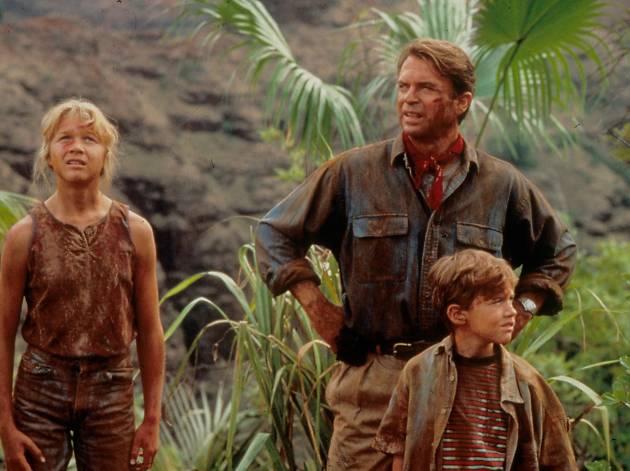 There are plenty of kid-friendly flicks to thrill dino-lovers, including The Land Before Time, Ice Age: Dawn of the Dinosaurs, We're Back: A Dinosaur Story and The Good Dinosaur. Keep an eye out for My Pet Dinosaur, an Australian flick about a boy named Jake who befriends a dinosaur and causes chaos as he tries to keep it a secret. And as if keeping such a rapidly growing pet under wraps wasn’t difficult enough, Jake and a new girl named Abbie have to protect their four-legged companion from a mysterious something trying to catch it. For the older kids in your brood who are looking for a bit more adventure, there are some epic Jurassic Park movies!