Theres no such thing as a summer slow down for the city's dining scene. August's hottest new restaurant openings include a Harlem ice cream shop, a healthy-ish all-day cafe, and a Roman-style pizza joint from Danny Meyer. Here are the best new restaurants that debuted in New York this August.

RECOMMENDED: Full guide to the best new restaurants in NYC 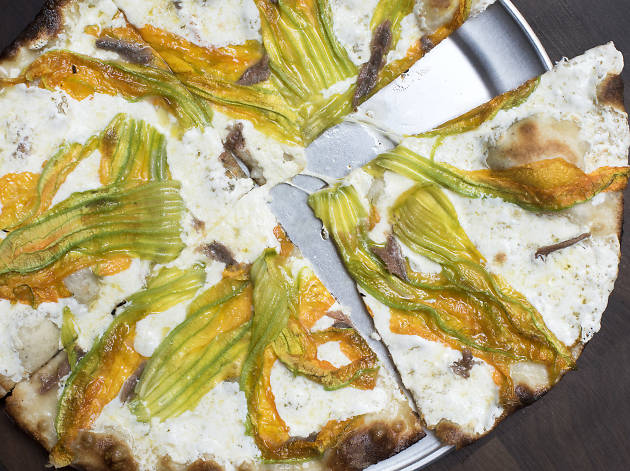 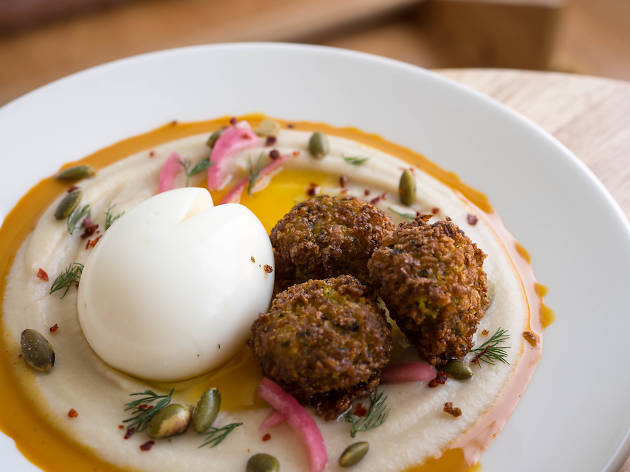 An heir to the Pick a Bagel empire is expanding outside his doughy roots to open a “healthy-ish” Mediterranean all-day café named after his grandmother. Danny Nusbaum, who ran a similar concept with the now-shuttered Tilda All Day, has hired chef Ryan Whyte (Craftbar, Public) to serve house-made breakfast pastries and Levant lunch options like smoked-trout sandwiches, foie-gras–nutella toast and horseradish salmon gravlax among ’60s-inspired decor. In addition to the fare, Nusbaum crafted a multiroasting coffee program that brews Brooklyn and Portland beans. 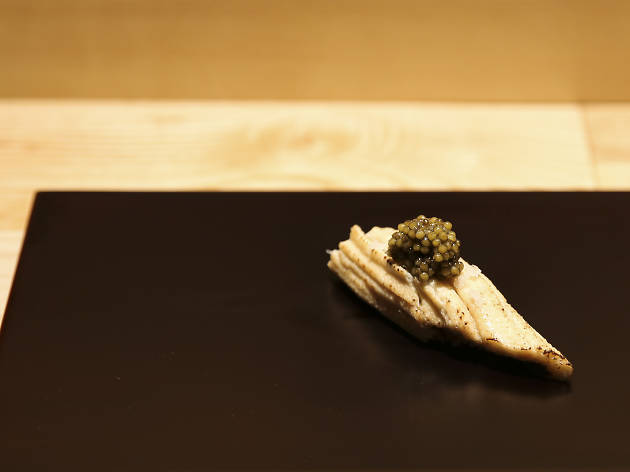 The name of the Lower East Side’s newest Japanese joint means “universe,” which is apt, considering how its immersive environment is designed to sweep visitors to a world far from Eldridge Street. After a few passings of the chef’s knife, owner Derek Feldman (Sushi on Jones) has partnered with Michelin-spangled sushi chef Eiji Ichimura, who recently left his eponymous Tribeca spot. Their new 10-seat omakase bar offers two daily seatings for a constantly changing set menu of 18 to 22 courses made with the freshest seafood imported from around the globe (such as fish from Japan and caviar from Italy). Those worried about their food’s frequent flyer miles can rest assured that produce is hyperlocal: Herbs, berries and Japanese sweet potatoes are harvested from the rooftop garden. 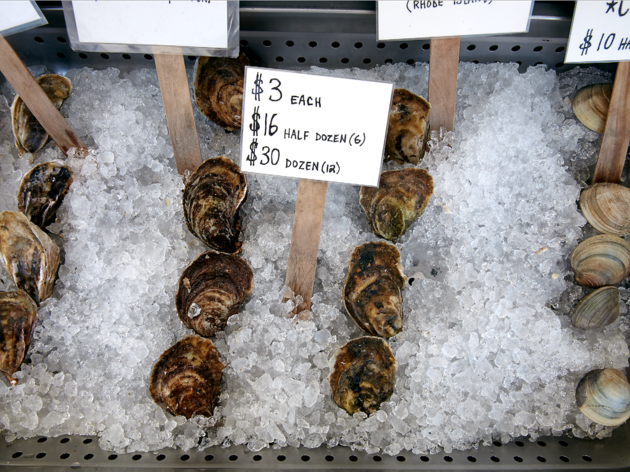 Smorgasburg isn't ready to give up on Manhattan just yet. After announcing it would not bring back its South Street Seaport location this summer, the founders of the Brooklyn food fest shared that they plan to move the Manhattan outpost slightly farther uptown to west Soho. At the new Smorg, Manhattanites can plant themselves on one of the dozens of picnic tables under piazza-style lighting while munching on meals from more than 20 vendors, including Smorgasburg favorites Ramen Burger and Destination Dumplings, and newbies like Dan and John’s Wings and Rai Rai Ken. There is also a physical market structure (the new Brooklyn Flea) across the street, so the festival can continue during the winter months as an indoor holiday market. 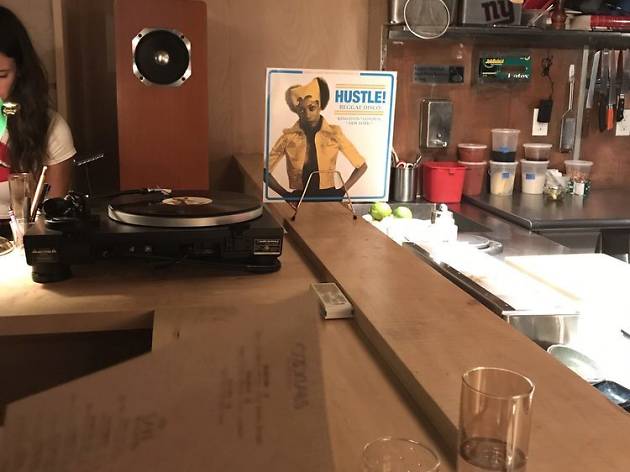 On the heels of her new champagne-centric restaurant, Air’s Champagne Parlor, Ariel Arce (Birds & Bubbles) brings a Tokyo-style record bar to the bubbly spot's underground. Traditionally, this type of Japanese bar consists of guests groovin’ to vinyl tunes while sipping whiskey, but Arce wants her joint to be a more food-focused and social affair. There are two Vinyl Jukebox seatings every night (6:30, 8:30pm), when diners create a custom vinyl playlist for their seven-course izakaya meal made up of rotating dishes like hamachi crudo with jalapeño and beef negimaki with charred scallion. After 10pm, seating opens up, à la carte dishes are served, and a DJ spins in the midcentury-modern Japanese room. 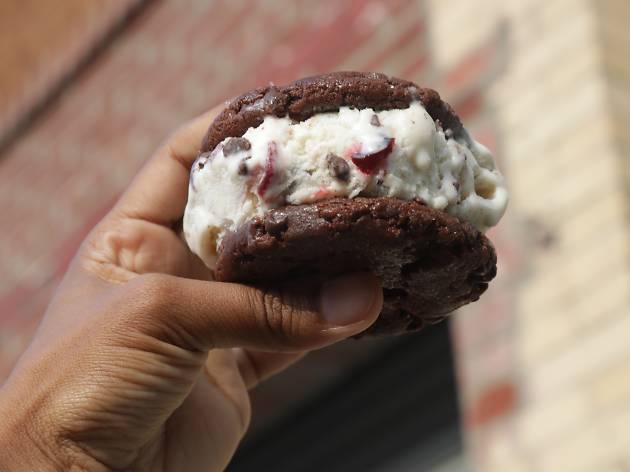 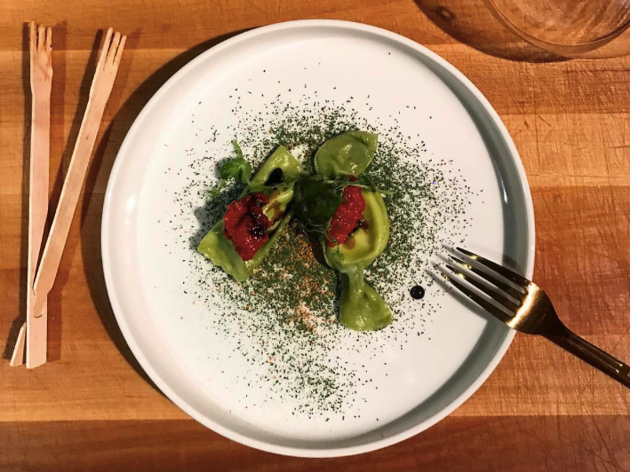 Those who love to eat Italian food but are intimidated by heaping bowls of pasta will approve of this spot’s new way to chow down. At West Village boite Raviolo, consulting chef Massimiliano Eandi (Mulino a Vino) presents classic dishes as small plates, giving the flavors of the Boot a dim sum twist—when it comes to ordering, at least. Similar to single-serve bao or dumplings, Eandi’s pasta pockets are made for sampling and can be ordered via a checklist. But though the format is imported from China, the flavors are strictly Italian; think lasagna, eggplant parm and caprese paired with Negronis, prosecco and a three-layer Italian-inspired Bloody Mary. 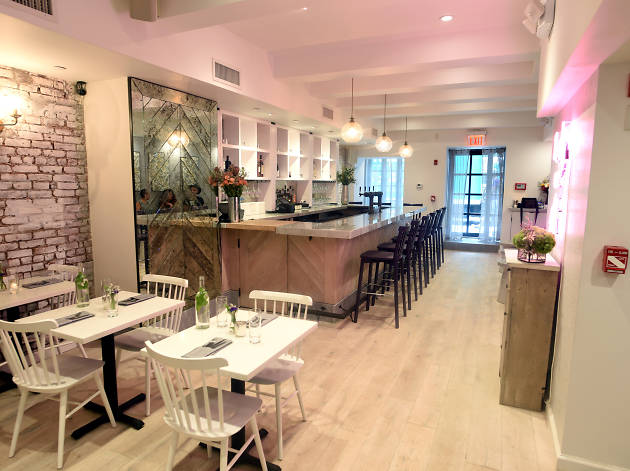 The Midtown West neighborhood is populated with glitzy chains and Broadway theaters, but now, a chic vegan eatery is joining the fray. The partners behind vegan fast-casual restaurant Terri set up this antique-inspired sit-down spot focusing on seasonal, plant-based comfort-food variations like buffalo wings, burgers and pasta, in addition to more elevated dishes like fennel tartine and ginger-rice congee. Chef Gary Barawidan (Avant Garden, Union Square Cafe) works the kitchen, which donates 100 percent of profits to rotating charitable causes like the Doe Fund and Share Hope.

Why not drink outside while you still can? 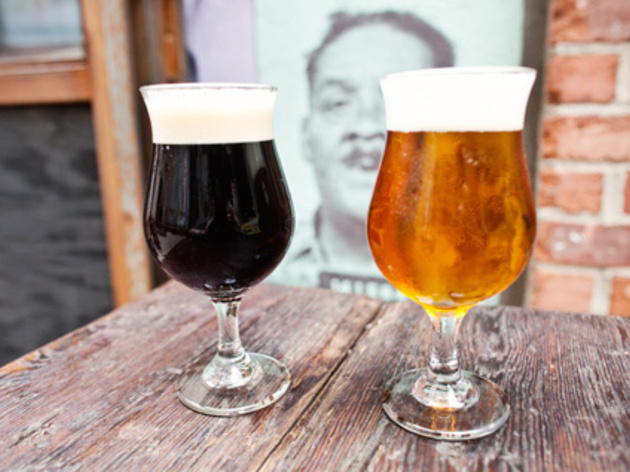 All the finest beer gardens, patios and terraces for those sunny, boozy afternoons in the city