It’s that time of year again—NYC Restaurant Week is back. The biannual food favorite, offering three-course $25 lunches and $38 dinners between January 18 and February 5 at a record 372 participating restaurants across all five boroughs, gives New York diners the opportunity to try out some of the city’s top tables at cut rates. These are 10 must-try restaurants in NYC for cheap prix-fixe meals during Restaurant Week, including South-worthy chicken and waffles, over-the-top ice-cream sundaes and more. Happy eating! 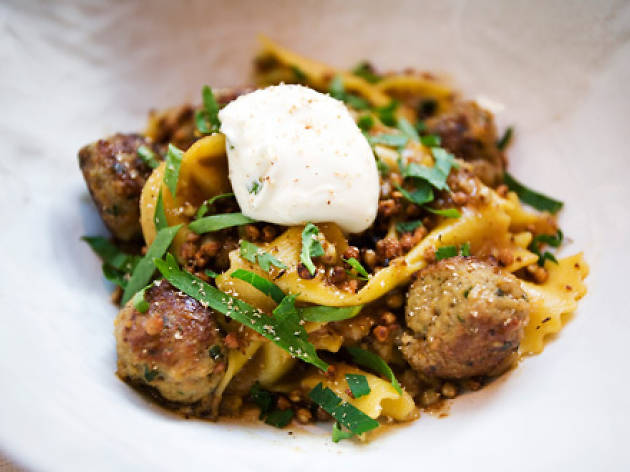 While plenty of New York restaurants have lately made the environment a priority—sourcing their ingredients locally and crafting dining rooms from salvaged materials—none have done so with quite as much visual and gastronomic panache as chef Jean-Georges Vongerichten’s new ABC Kitchen. Though the restaurant’s sustainable ethos is outlined on the back of the menu like an Al Gore polemic, the cooking, based on the most gorgeous ingredients from up and down the East Coast, delivers one message above all: Food that’s good for the planet needn’t be any less opulent, flavorful or stunning to look at. It’s haute green cuisine. 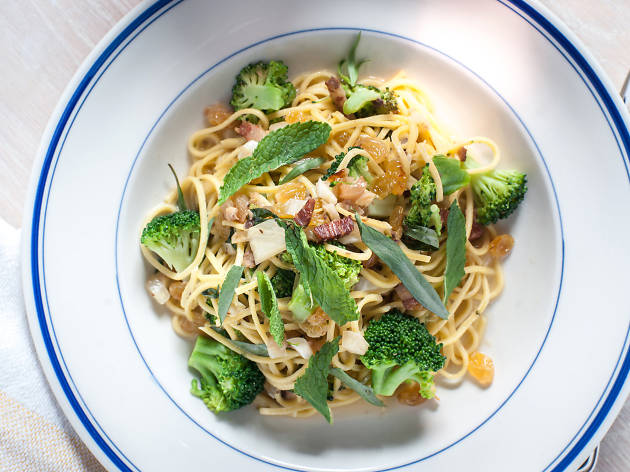 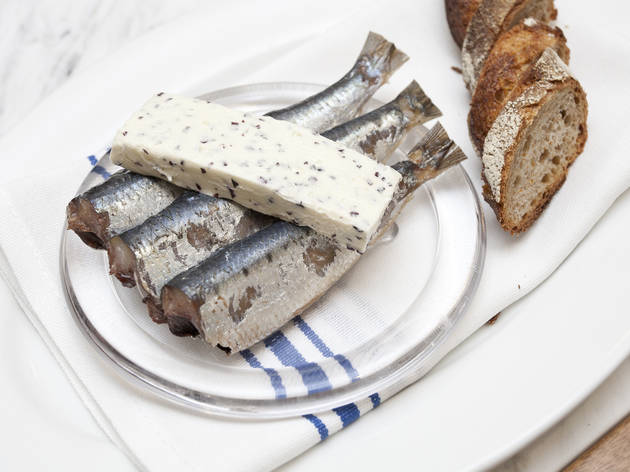 Buttermilk Channel, that Beyoncé-baiting farm-to-table restaurant, is unabashedly taken with New York, from the Caputo's pasta tossed with chestnut ragout right down to its name (referring to the strait between Brooklyn and Governors Island). For their follow-up venture, owner Doug Crowell and chef Ryan Angulo look beyond the Empire State to locales slightly more exotic: Francophilic enclaves like New Orleans and Montreal. Named after Ottawan folk hero Louis Seymour, this French-inspired bistro dishes out smoked sardines with dulse-butter rye toast, foie gras–and-country-ham terrine and flounder grenobloise (in brown-butter–caper sauce). Find French and American wines in the 50-seat spot—furbished with a brass-backed mahogany bar, marble tables and brown banquettes—as well as classic cocktails from drinks man Tim Miner (the Long Island Bar, the JakeWalk). 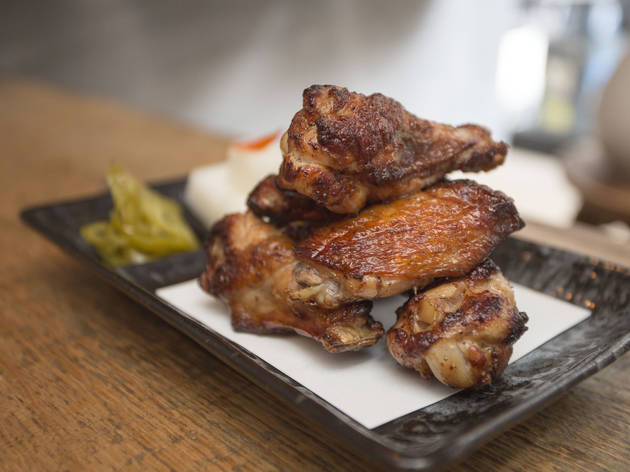 The cult of Korean food has been steadily building steam over the past few years. Seoul-born Hooni Kim grew up with the food that has inspired so much of this cultural tweaking. His new restaurant, Hanjan, looks much like its Hell’s Kitchen precursor, with Edison bulbs, communal seating, and a menu split down the middle into “modern” and “traditional” halves. Beyond the cosmetic parallels, though, lies a more soulful endeavor, an update on the old traveler’s taverns—joomaks, they’re called—popular across South Korea in the 1960s and ’70s. Kim, who’s worked at Daniel and Masa, brings fine-dining polish to old-fashioned recipes, without ever straying too far from the roots of the dish. 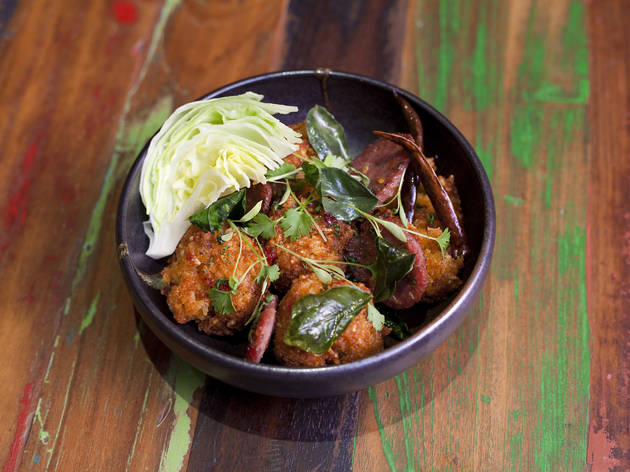 As New York’s first Laotian restaurant, Khe-Yo brims with trailblazer pride. The restaurant comes from Marc Forgione and his longtime right-hand man Soulayphet Schwader, a Laos native who delivers the cuisine of his homeland with upmarket style. Fingers grab at gnarled strips of moist sesame beef jerky, with a deep meaty twang. Hands cup lettuce leaves for chunks of whole grilled black bass in one dish, or fragments of fried coconut rice balls in another. After devouring a bowl of earthy chili prawns, use thick triangles of ginger-scallion Texas toast, empty shrimp heads or whatever means necessary to lap up the heady, butter-pumped red curry. 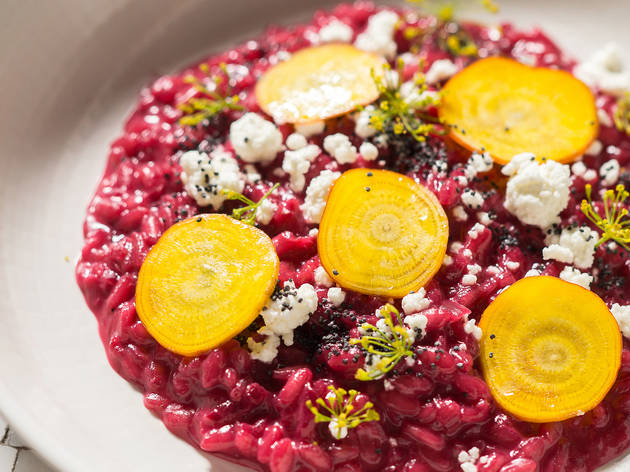 Andrew Carmellini, the brain behind blockbusters like the Dutch, Bar Primi and Locanda Verde, is putting his locavore lens on zoom for his seventh venture, sourcing produce from the city’s green markets, seafood from nearby fishmongers and meat from upstate purveyors. But he’s not jumping on the kale craze (the hyped green shows up only–and subtly–in ricotta-stuffed agnolotti). Instead, he spends time elsewhere: charring and slow-roasting sunchokes over embers, dressing them with hazelnut vinaigrette and pickling Concord grapes to slather over the duck breast he dry-ages for two weeks. The remainder of his menu reads like a map, pinpointing baby chickens from Pennsylvania, striped bass from Montauk and fresh lobster from Maine. 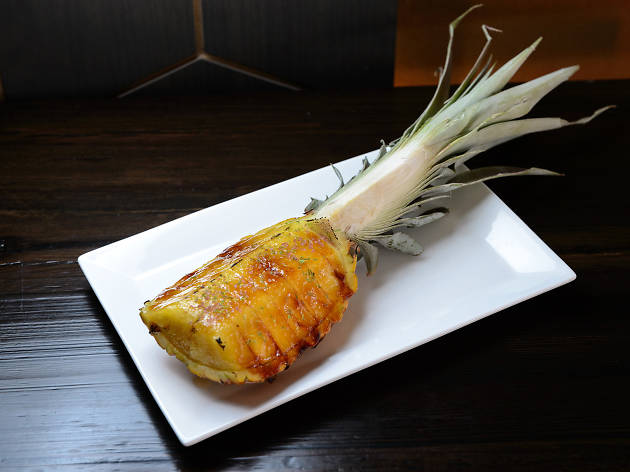 Picture a Hawaiian restaurant. Noreetuh is not that place. There’s no tiki-torched, lei’d-back Pacific camp on display at this dark-wood East Village bistro, looking more like a sleek, softly lit wine bar than a restaurant cracking open tins of Spam on the daily. That’s not a shock, given the pedigree behind the place: Jin Anh, Gerald San Jose and Honolulu-raised chef Chung Chow all have fine-dining tenures at Per Se under their belt. But white-tablecloth eating this isn’t. It’s sophisticated, no doubt—a smartly curated and generously priced wine list by Anh takes the place of any coconut-hulled cocktails—but Chow embraces the Hawaiian lowbrow as readily as he does the high. 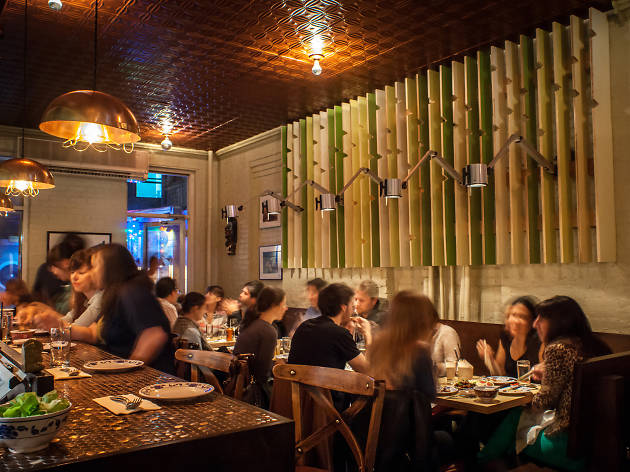 The East Asian honky-tonk is fast becoming a food-world cliché, with hot spots in Brooklyn; Portland, Oregon; and San Francisco inspiring offshoots and imitations across the country. Zak Pelaccio’s old Fatty Crew collective helped launch the trend in New York—turning diners on to funky Southeast Asian flavors with Fatty Crab back in 2005—but has since joined the process of watering it down. Pig and Khao, their latest project sans Pelaccio, might have seemed audacious once, but it comes across as mostly derivative today. Run by former Top Chef contender Leah Cohen, the joint has a familiar setup, with plenty of canned beer, hot chilies and hip-hop. It’s equal parts Fatty Crab, Talde and Pok Pok, courtesy of a pigcentric menu and a jungle-shack vibe featuring bamboo inside and a concrete garden out back. 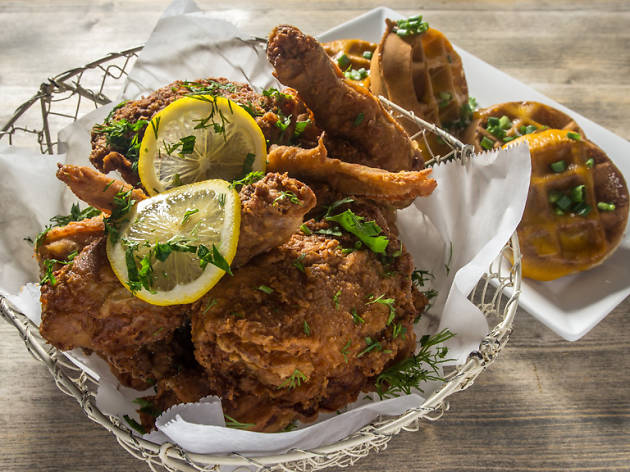 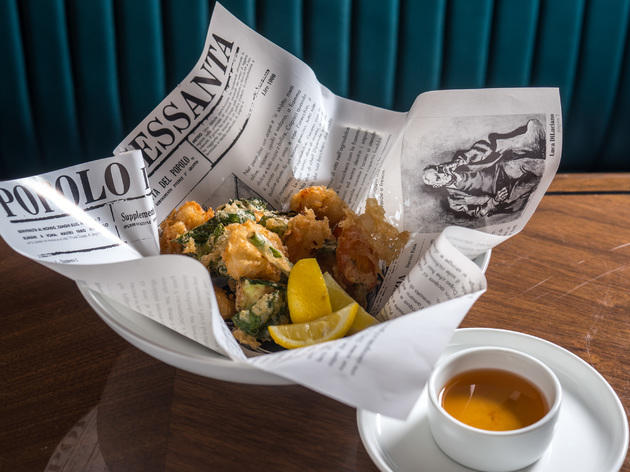 If Don Draper had a summer home in Palermo, Italy, it would look a bit like Sessanta, the glam lobby restaurant from prolific downtown plutocrat John McDonald (Lure Fishbar, Bowery Meat Company) inside the Sixty Soho hotel. Inspired by a moodier Italian coast than Mario Carbone and Rich Torrisi’s breezy Santina, the 100-seat dining room is appointed in Giò Ponti style with slat-board maple walls and ad-man-worthy framed armchairs. The menu from Hearth and Momofuku alum Jordan Frosolone taps into his father’s Sicilian lineage and is similarly masculine, heartily garnished with pistachios, olives and pork sausage.