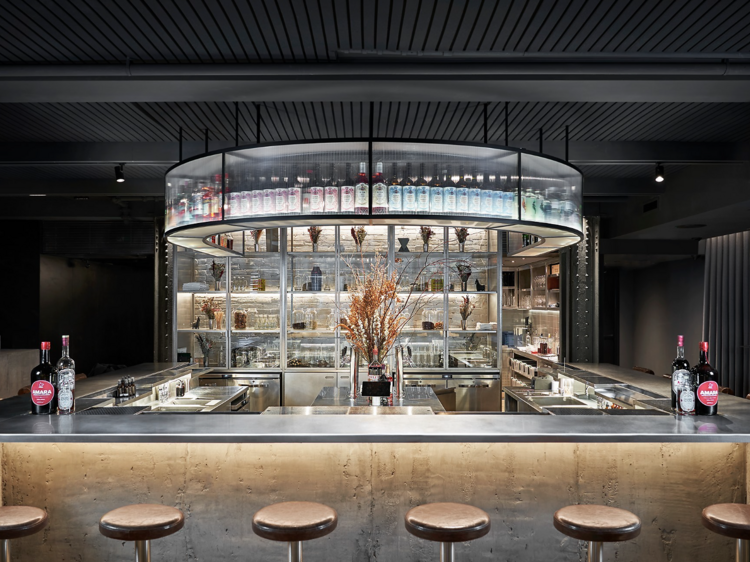 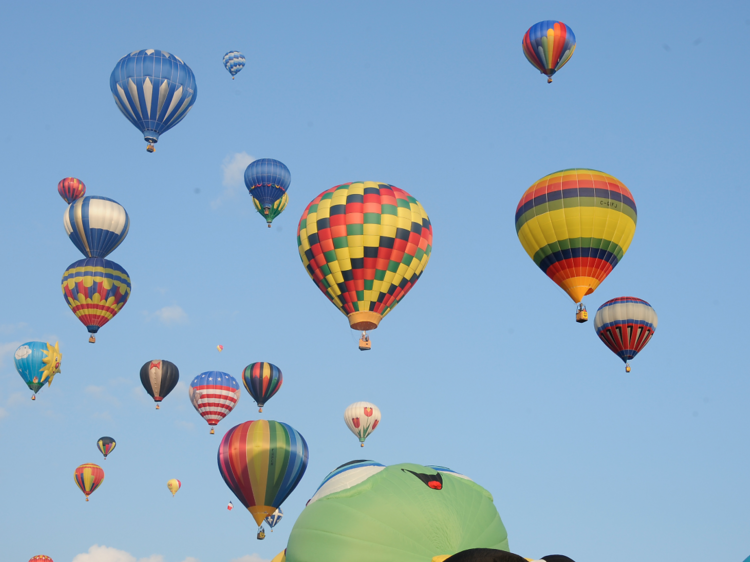 39 best things to do in Montreal right now

UPDATE, Fall, 2022: Montreal ups its game in the fall. It’s a city that knows how to celebrate the last licks of summer while embracing autumn's arrival. This essential round-up of Montreal musts is your to-do list whether you're a tourist or a local: from iconic attractions and museums, unmissable restaurants and bars—and the very best apple picking—it rounds up the most outstanding things to do across the city.  RECOMMENDED:The best cabin Airbnbs near Montreal33 amazing free things to do in Montreal right nowBest things to do with kids in Montreal27 best landmarks and attractions for locals and visitors

UPDATE, Fall 2022: Let's drink to this: We did our homework (and have the hangovers to prove it), having explored the city’s bar scene to find the best drinking establishments in Montreal. One look and you’ll find a distilled collection of the city’s speakeasy bars, nightlife hotspots, supper clubs and anything else you might be thirsty for. Consider this your essential guide from local watering holes to high-end lounges, whether they serve brews, bubbles,double down as one of the city's best restaurants or are located on the world's coolest street. You can’t go wrong when picking your poison here. Want to stay updated on what’s best in Montreal? Keep your ears to the ground and your eyes on the prize by following us on Facebook, Instagram, and Twitter. 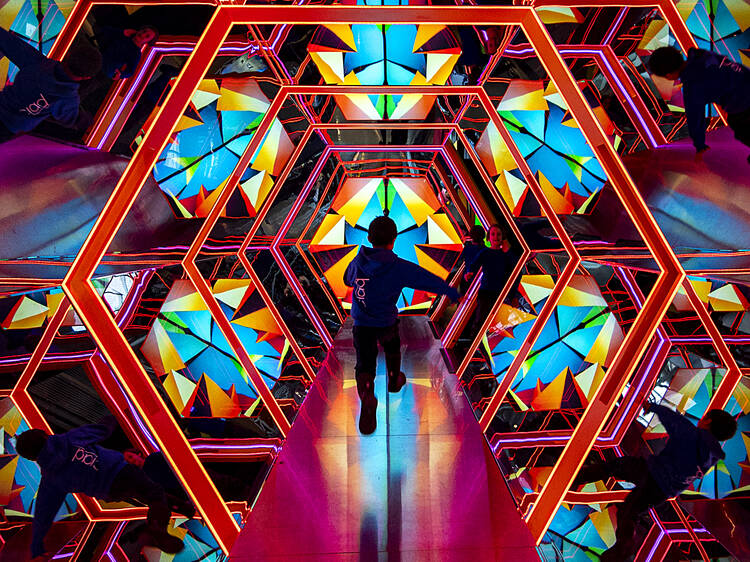 21 best things to do in Montreal with kids

UPDATE, Fall 2022: Montreal is a playground for kids of all ages, especially in the fall. The city is full of attractions for young children (and the young at heart), stellar museums and excellent places to eat that are easy on the budget. Every borough has its own family-forward fun—not to mention some epic apple picking, awesome Montreal parks, spectacular urban beaches and spooky theme park rides—with easy access via public transportation (5 year-olds and under ride for free!).  RECOMMENDED: Full guide to the best free things to do in Montreal27 best Montreal attractions for tourists and locals31 best museums in Montreal to discover all year round 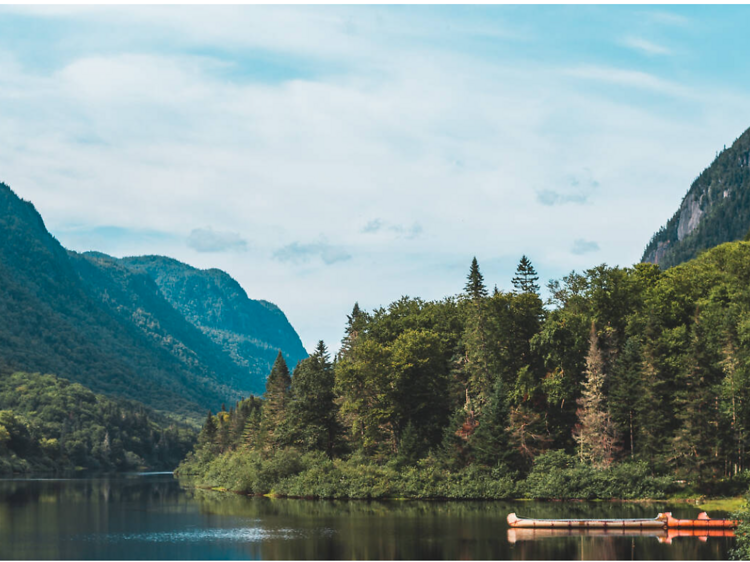 24 best day trips from Montreal for your next adventure

UPDATE, Summer 2022: We all agree that Montreal is home to some of the best restaurants, bars and things to do, but it's also outrageously close to day trip hot spots in Ontario, New York, Vermont, New Hampshire and (of course!) Québec—hot air balloon rides included. There's no shortage of quick getaway ideas, whether you want to camp by a lake, visit lavender fields that will make you feel like you're in Provence, go hiking or spend the day on one of the many glorious, sandy beaches just outside of the city. RECOMMENDED: Full guide to the best things to do in Montreal21 rooftop bars that feel like an escape from the cityThe 19 best weekend getaways from the city33 best free things to do in Montreal right now 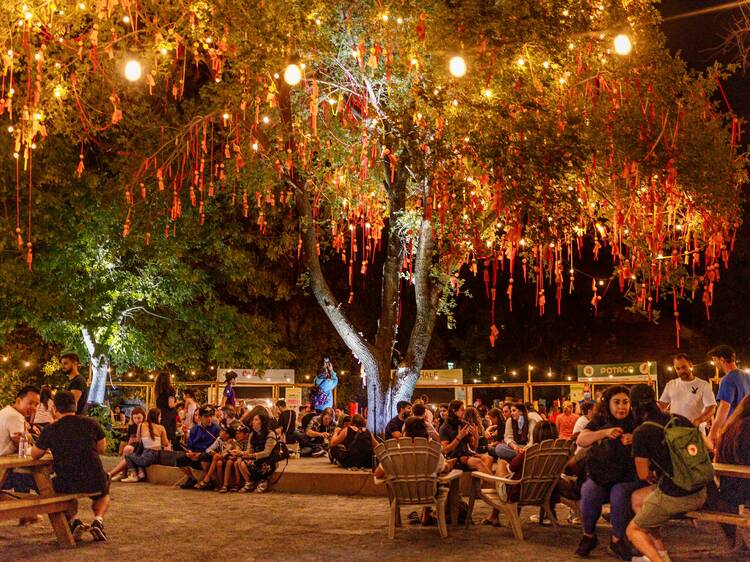 34 best free things to do in Montreal right now 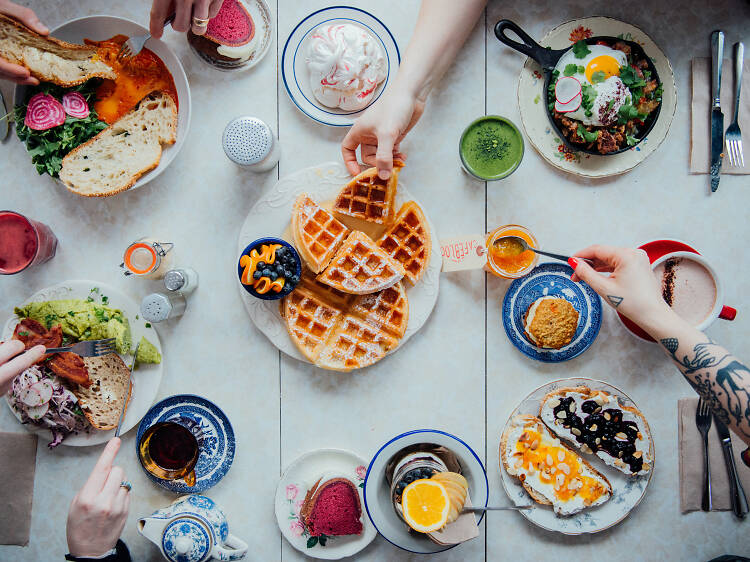 UPDATE, August 2022: From our famous bagels and poutine, to the best eggs benedict and sick stacks of pancakes, welcome to Montreal's must-eat guide to brunch. No matter what you're looking for, this round-up of neighbourhood favourites, Montreal classics and sophisticated spots has got you covered. If you (over)indulged in some Montreal nightlife, or you just want kick off the weekend with a decadent start, this essential list of the best brunches in Montreal is for you. There’s a huge range of choices here, ranging from diners and boozy brunches to classics and innovators.  RECOMMENDED: Full guide to the best restaurants in Montreal19 hottest restaurant openings in Montreal33 best downtown Montreal restaurants 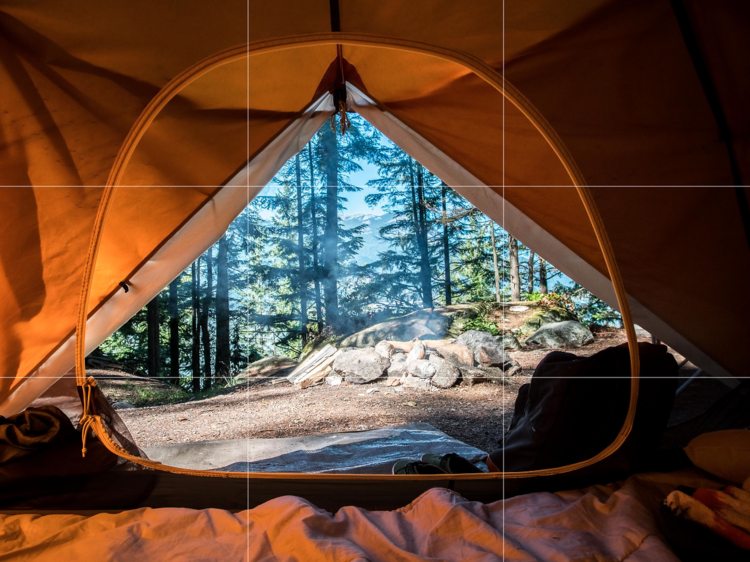 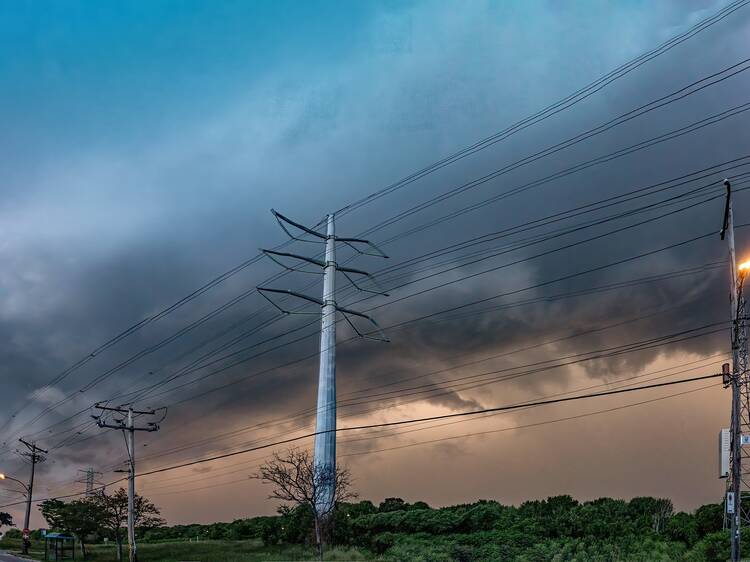 We’re all talking about it: Montreal weather—with severe weather warnings consistently happening across the province—has been all over the map. And it’s about to get worse. At 8:40 AM ADT this morning, Environment Canada issued a tropical cyclone information statement for several areas in Atlantic Canada and eastern Quebec. When is Hurricane Fiona expected to land? Hurricane Fiona is expected to make landfall on Saturday, September 24. Where is Hurricane Fiona expected to make landfall? Hurricane Fiona is expected to impact Atlantic Canada and eastern Quebec with heavy rainfall and powerful hurricane force winds beginning early Saturday. The latest forecast guidance from Environment Canada brings Hurricane Fiona northward across Nova Scotia waters tonight, passing through Cape Breton Saturday morning, and then on to Quebec Lower North Shore and Southeastern Labrador early Sunday. Severe winds and rainfall will have major impacts for eastern Prince Edward Island, eastern Nova Scotia, southern and eastern New Brunswick, western Newfoundland, eastern Quebec, and southeastern Labrador. There will also be large waves, especially for the Atlantic coasts of Nova Scotia, Newfoundland, and eastern portions of the Gulf of St. Lawrence. There is a high likelihood of storm surge for parts of Nova Scotia, the Gulf of St. Lawrence and western Newfoundland, according to a press release from Environment Canada. What else can we expect? In addition to heavy rainfall and powerful winds, the hu 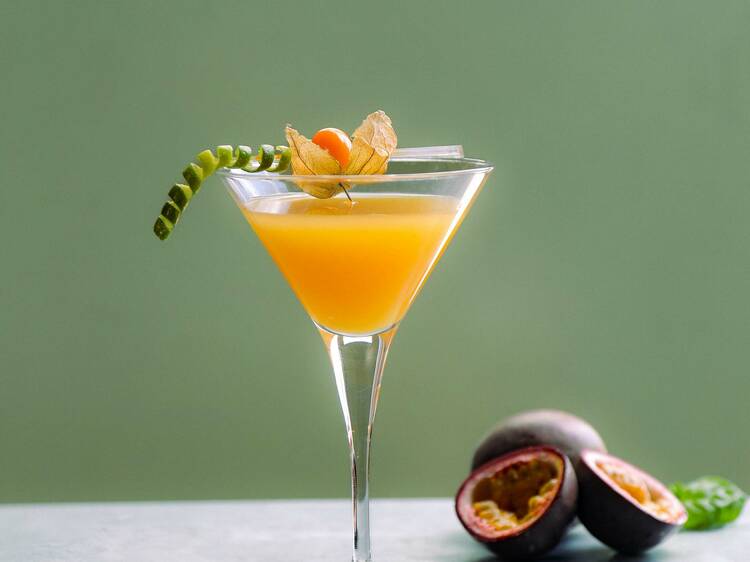 Best fall cocktails in Montreal: Where to find them right now

These fall cocktails are the toast of the town. Home to some of the best bars, speakeasies and nightlife in the country, it only makes sense that Montreal is also pouring some of the best cocktails around. And with passionfruit—the flavour of the year—trending, you can expect a refreshingly sweet take on the usual tipples. As the crisp fall weather rolls in (cue the leaf-peeping and apple picking), we’re also craving something a little stronger and more structured—mocktails included. This round-up of the best fall cocktails across the city is guaranteed have you feeling toasty in no time. Image: Time Out Market Montréal  What: Pisco Sour This spicy take on a pisco sour at Barranco (one of the best booziest brunches in town) is the tastiest blend of Pisco, lime juice, falernum syrup and egg whites in the city—garnished with dehydrated lime, pink peppercorn and botanical bitters. Photograph: Barranco What: Martini Amour Dare you not to fall in love with this one. Shake vodka, vanilla liqueur and Cirka Passion (think: passion fruit, a botanical-infused base and sweetness from ethically grown cane sugar, available at the SAQ and the local distillery) in a shaker and double strain. Garnish with zest, a ground cherry and chef's kiss. Photograph: Courtesy of Cirka What: Anticosti With cocktails (and mocktails) inspired by the best mixologists in the city, the Anticosti (a frothy dream made with Distillerie du St. Laurent gin) from Time Out Market Montréal is serving up fall in 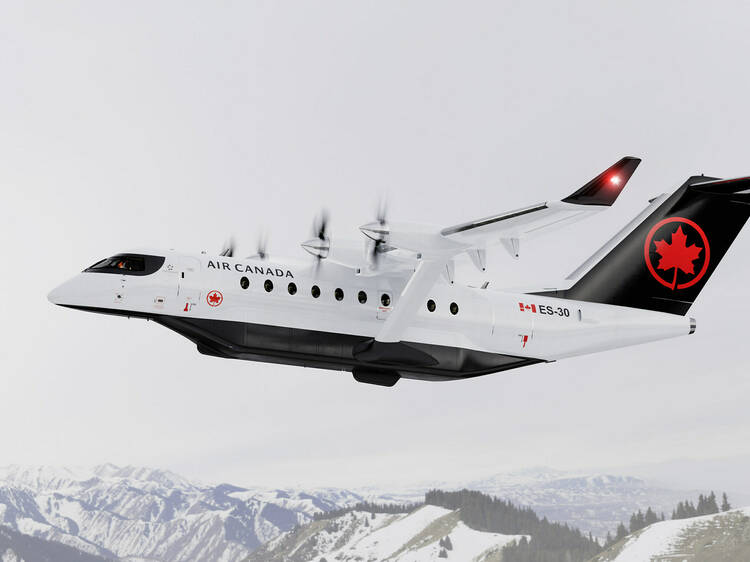 What routes will Air Canada’s new electric planes be flying? 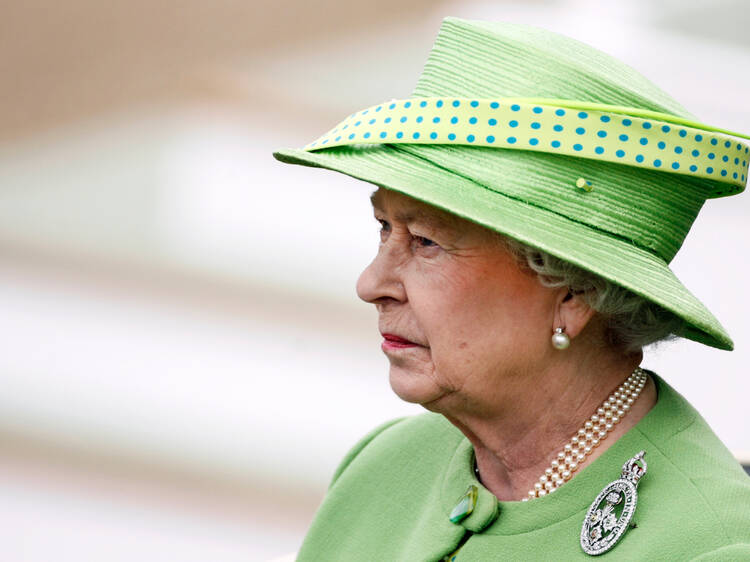 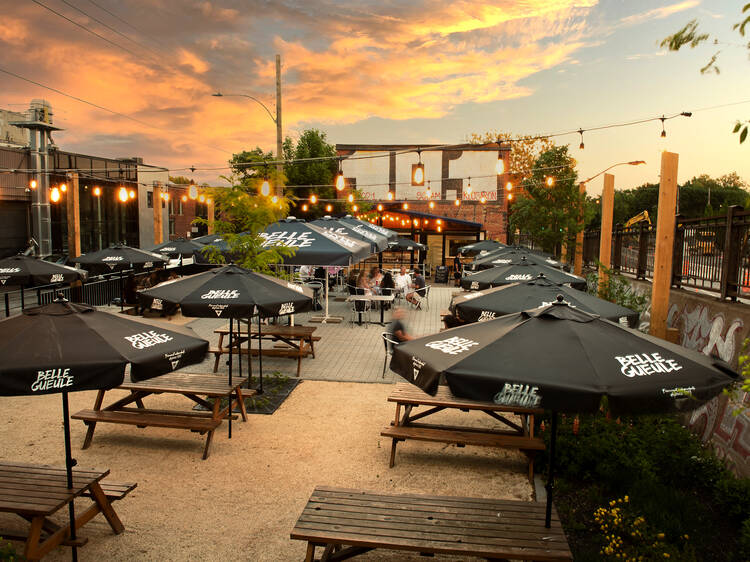 It’s official: Summer just got extended in Montreal and we’re heading to the beer garden

You haven't heard? Summer in Montreal just got extended by almost two months, and we’re celebrating at the nearest beer garden. With so much great beer—and great gardens—to choose from in Montreal, we’ve narrowed our list down to a few of our frosty favourites.  1. Messorem Bracitorium Don’t miss: What started as an industrial microbrewery project with a tasting room brews IPA’s, sour beers and aged beers in barrels. Come for the pints on the dog-friendly terrasse; stay for the Oktoberfest sausages and sauerkraut. View this post on Instagram A post shared by Messorem (@messorembracitorium) 2. Aux Quartiers Belle Gueule Don’t miss: Possibly the largest beer garden in the city, discover Belle Gueule’s Biergarten, a selection of European beers and a killer, Bavarian-inspired menu by chef Paul Toussaint of Time Out Market Montréal’s Americas BBQ and Paul Toussaint.  View this post on Instagram A post shared by Belle Gueule (@bierebellegueule) 3. Pub Pit Caribou Don’t miss: Get a taste of the Gaspé Peninsula at this pub inspired by the original Pit Caribou microbrewery in Gaspésie. The sunny terrasse serves 20 beers on tap that are in constant rotation, along with a robust selection of snackable Gaspésie-inspired bites. View this post on Instagram A post shared by Pub Pit Caribou Montréal (@pubpitcariboumtl) 4. Benelux Verdun Don’t miss: This partially-covered, heated beer garden offers almost 20 different types of craft beer and a 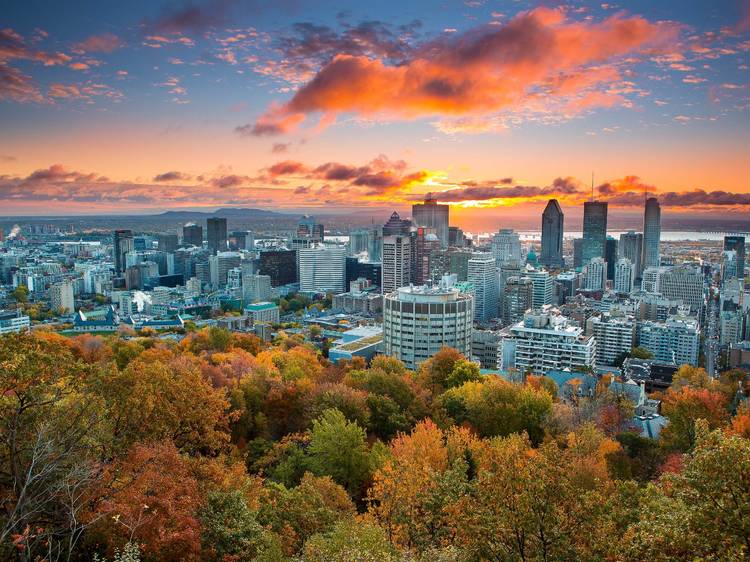 What is up with Montreal’s weather?  We’re on a rollercoaster of heat waves, severe weather warnings and temperatures swinging dramatically from one extreme to the next.  Heavy rain and lightning is forcing us inside for our downtown lunch breaks; extreme heat has us searching for the best air-conditioned restaurants and bars and flash floods are filling up our metro systems. And there are swarms of wasps literally everywhere. Photograph: Rula Sibai / Unsplash Given all of this drama in the air, forecasters are still saying that Quebec will see a fall like never before–unprecedented weather for a province that has seen it all. In a very unusual move for Mother Nature, fall in Quebec will be much warmer than usual (great for leaf-peeping, rooftop bars and apple-picking!) with abundant, sporadic rainfall and a sharp transition to winter in November. Photograph: Natalie Grainger Experts at MétéoMédia say that La Niña— a meteorological system over the Pacific Ocean that influences weather patterns—is back for the third year in a row (a rare “triple-dip” that hasn’t happened in 20 years) and could even mean more snow this winter.  We know winter is coming, but until then, head to your nearest beer garden, park or urban beach and soak up that sun. For more information from MétéoMédia, click here.  RECOMMENDED:39 best things to do in Montreal right now21 best things to with kids in Montreal 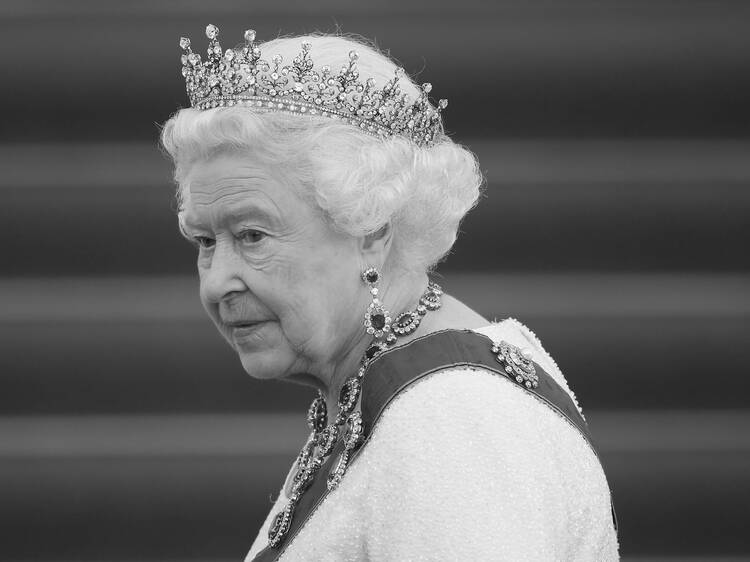 Canada declares September 19 a federal holiday but will it happen?

Since the passing of Queen Elizabeth II on September 8, there has been much speculation over what happens next in Canada. Will Canadians get a day off to mark the death of Queen Elizabeth II? Canada has announced that September 19 will mark a national day of mourning in Canada. Why will September 19 be a day off for Canadians? At a news conference in New Brunswick today, Prime Minister Trudeau announced that “declaring an opportunity for Canadians to mourn on Monday is going to be important." A commemorative ceremony will also be held in Ottawa on September 19. Australia announced a public holiday on September 22 to mark the death of Queen Elizabeth II, while New Zealand has marked September 26. September 19 will be a bank holiday in the U.K. In a video taken by a journalist at the Journal de Quebec, Premier Francois Legault said that the funeral "will be a day of commemoration, but there won't be a holiday." Alors que @JustinTrudeau annonce un congé férié fédéral pour les fonctionnaires fédéraux à l’occasion des obsèques de la reine Élisabeth II..."Ce sera une journée de commémoration, mais il n'y aura pas de journée fériée", indique @francoislegault, dans Verdun. #QC2022 pic.twitter.com/KF3gLloSVj — Marc-André Gagnon (@MAGagnonJDQ) September 13, 2022 For more information about Queen Elizabeth II's London funeral, visit Time Out United Kingdom here. ​​