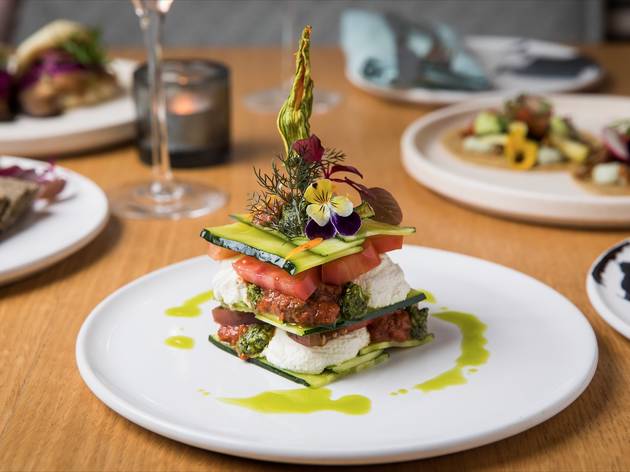 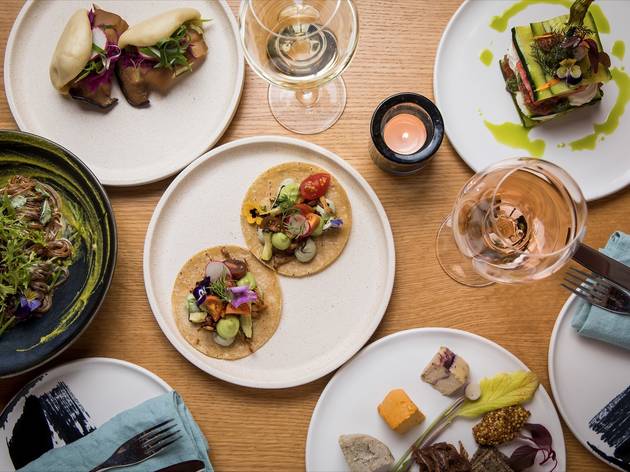 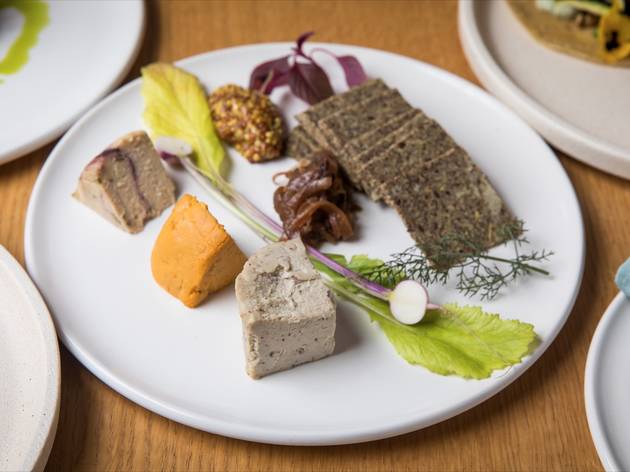 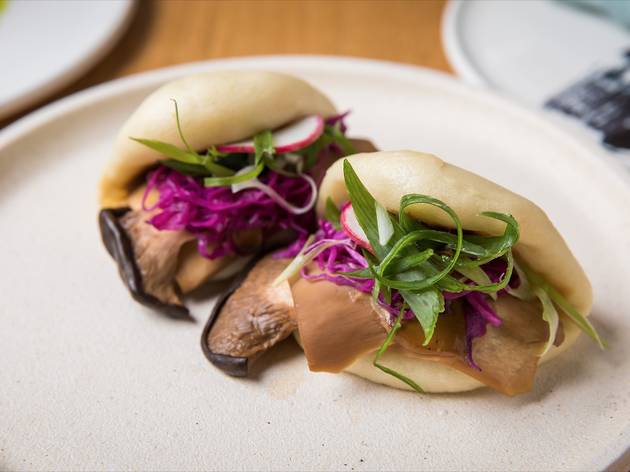 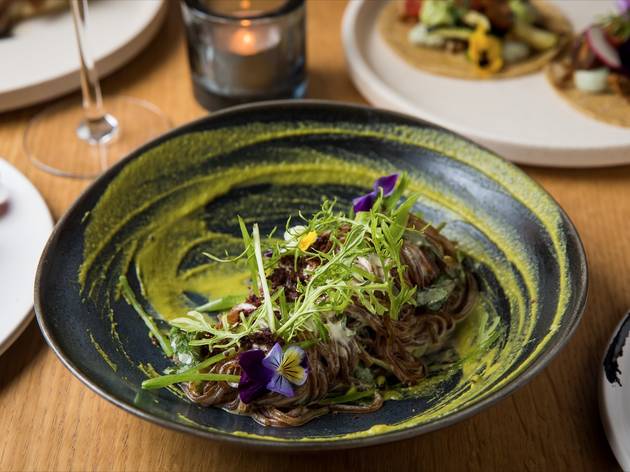 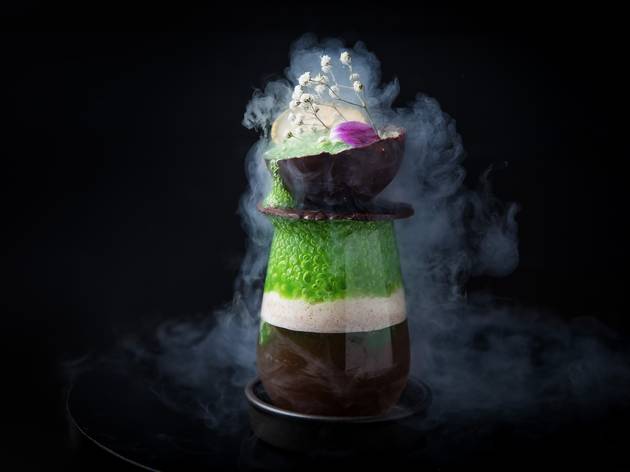 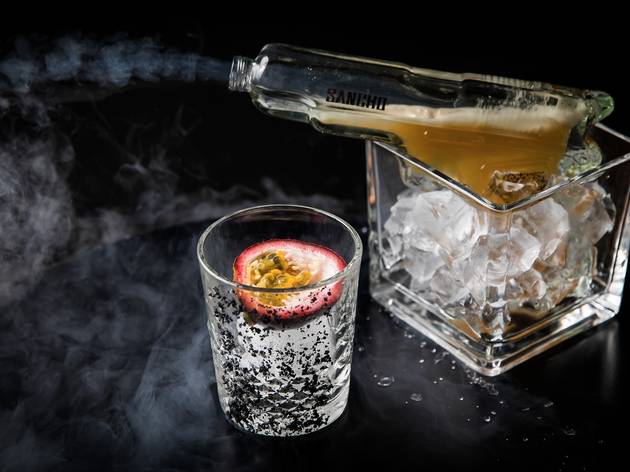 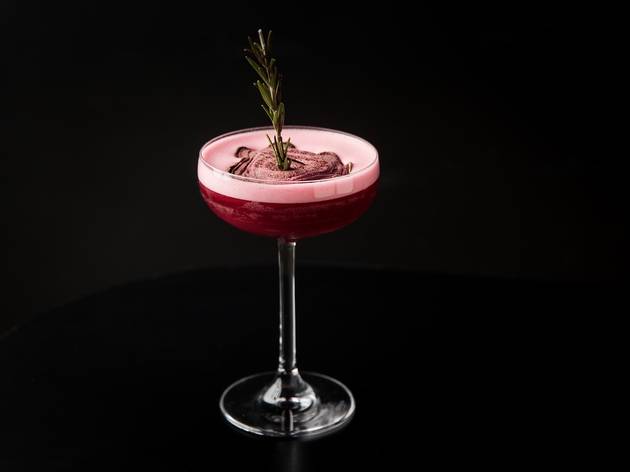 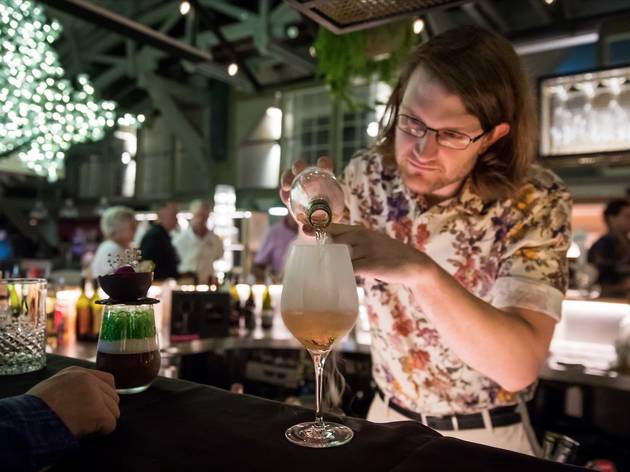 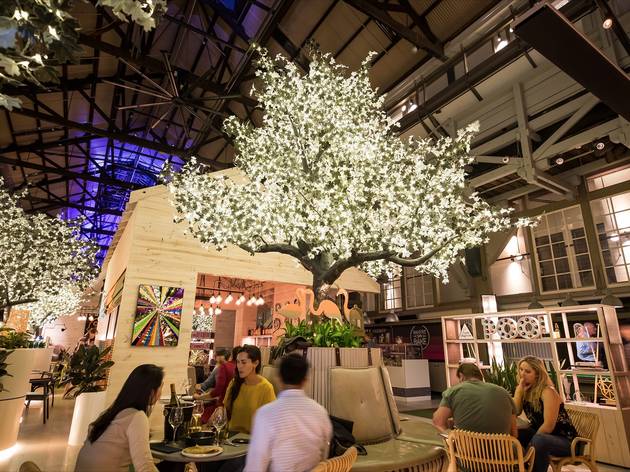 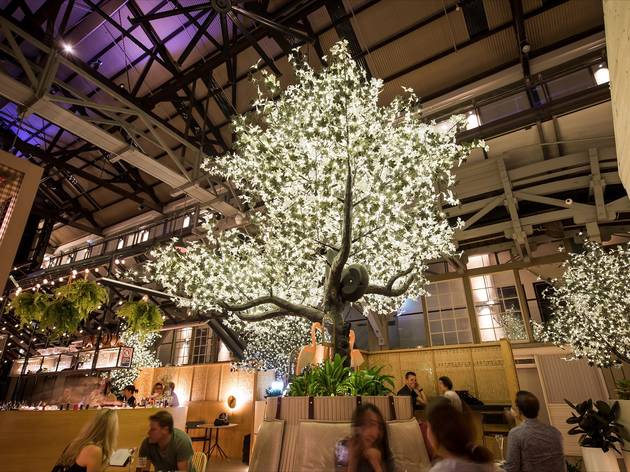 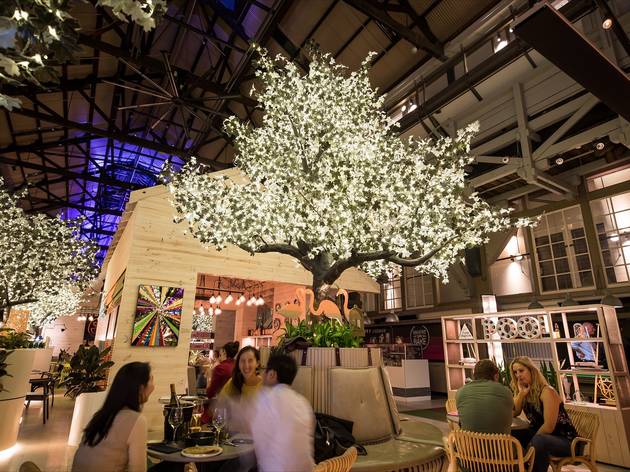 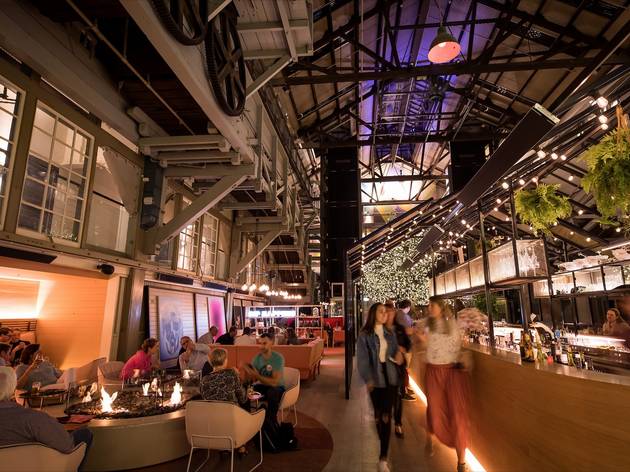 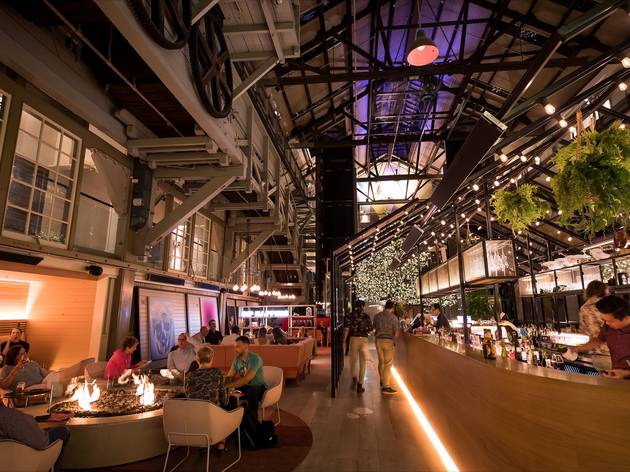 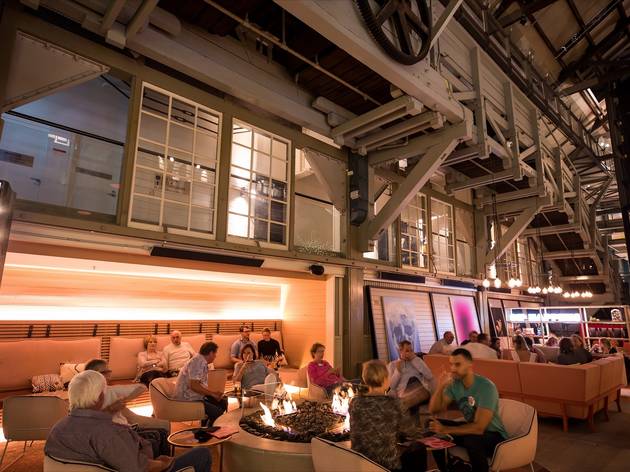 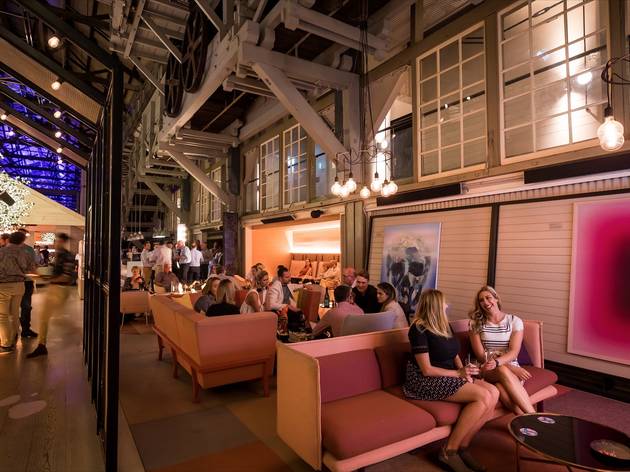 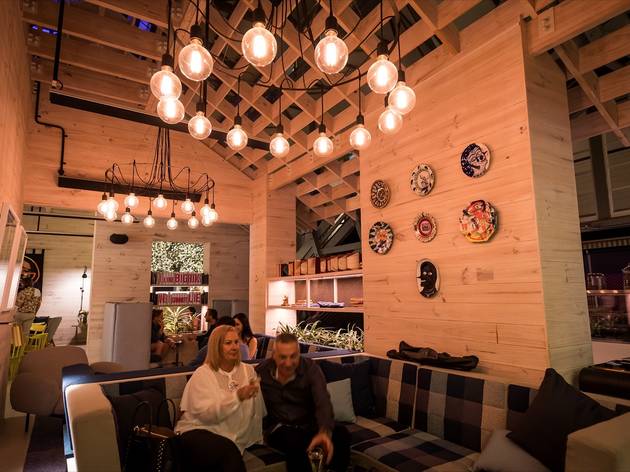 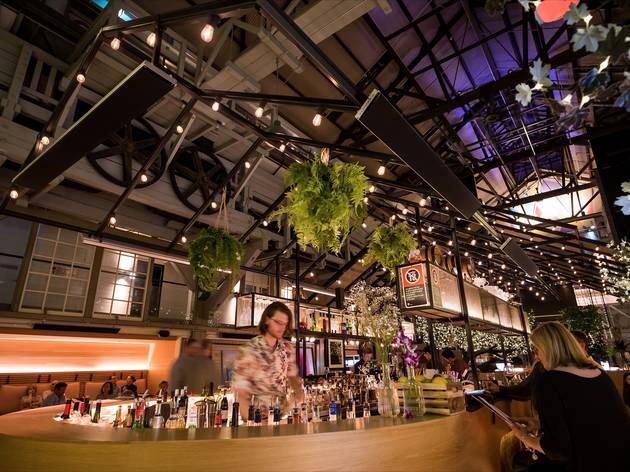 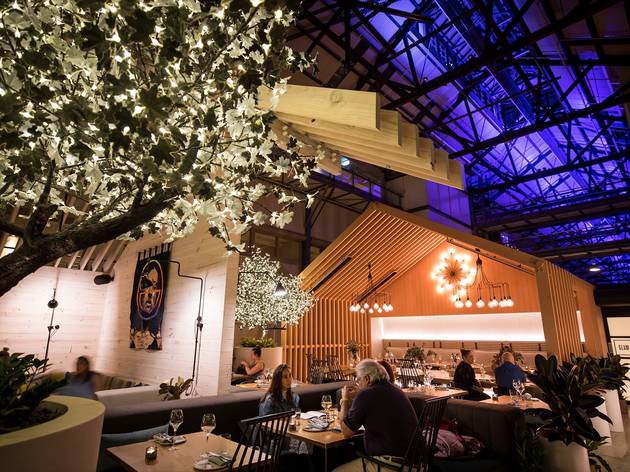 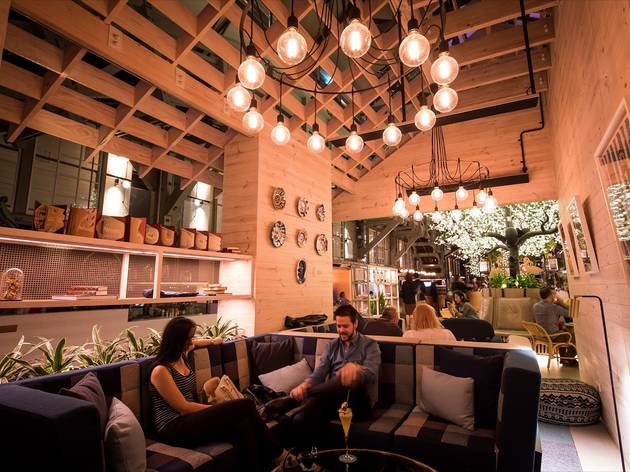 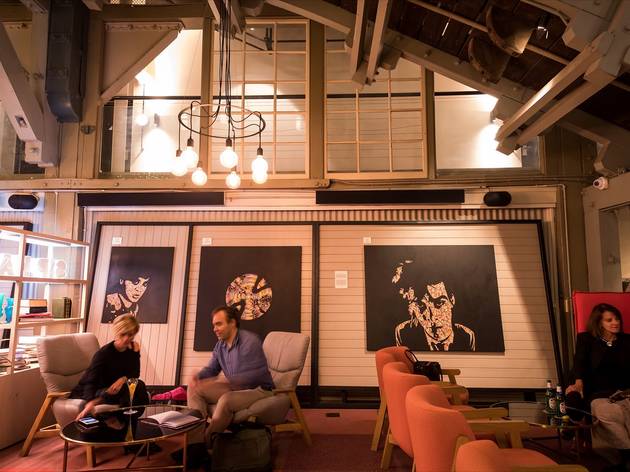 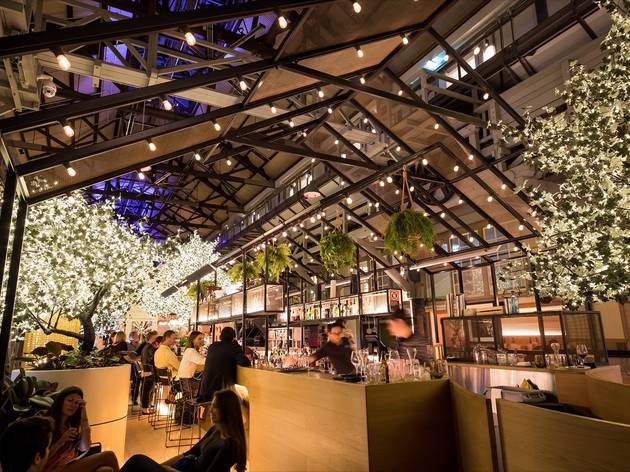 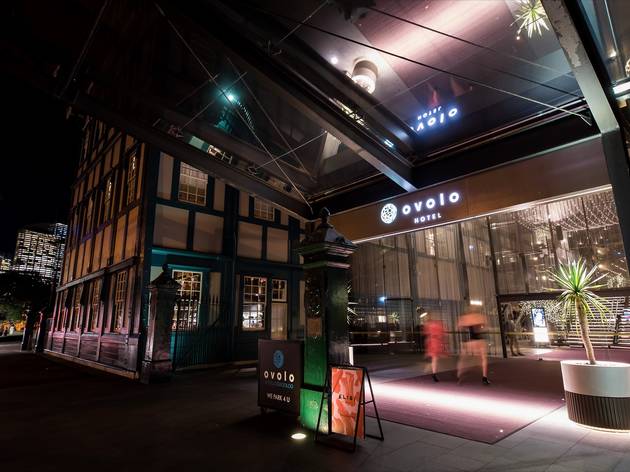 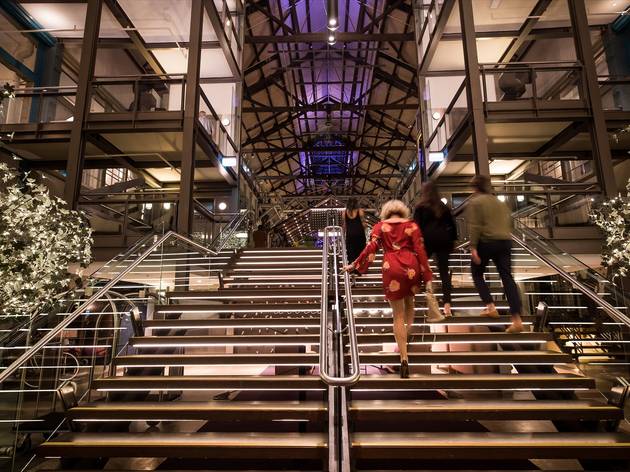 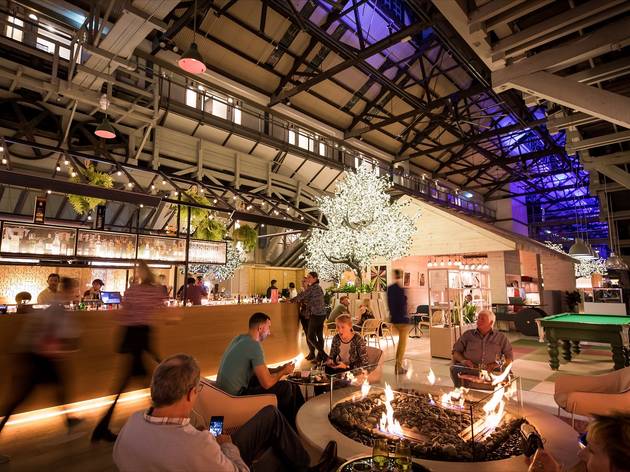 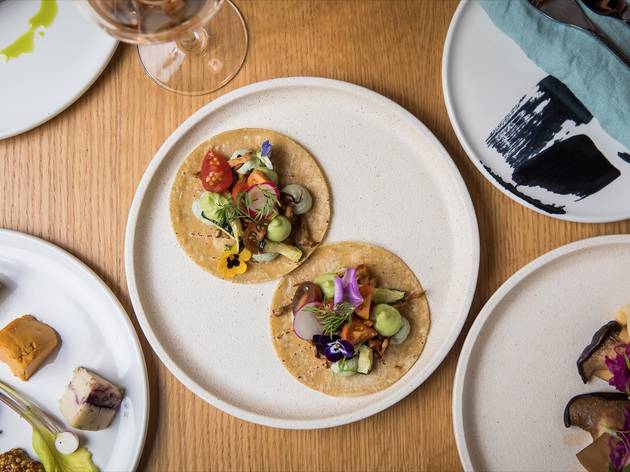 Vegan cheese. It’s one of the many oxymoronic snack stars on the menu at Alibi, the new, wholly veggie bar and restaurant in Woolloomooloo. You’ll find it inside the Ovolo Hotel – and it’s a brave move for a boutique hotel to make its food and beverage offering nut-and-plant-based (or perhaps an indication of how far we’ve come). Whether you’re totally animal-free, lactose intolerant, gluten sensitive or just down to try something different, this platter is creative and moreish. In place of the usual fromage slices you’ll find a trio of cashew-based cheeses – a cheddar, blue and truffle. While each has a similar pastelike texture that doesn’t quite mimic its oozy dairy counterpart, the truffle number is a standout, with earthy notes shining through.

These cheeses – as well as the ‘cream’ and ‘ricotta’– are made in-house at Alibi. The menu was devised by Californian chef Matthew Kenney, who has been on the meat-free bandwagon for well over 15 years and has his own vegan culinary institute, alongside restaurants in New York, LA, London and Miami.

What’s on the plate isn’t just trend-driven, but thoughtful, fun and interesting. A cold cacio e pepe uses not spaghetti but chewy kelp noodles coated in a creamy, peppery almond sauce; while handheld tacos use smoky pulled mushrooms, a bright, herb-fuelled salsa and a pepita-blended cream to nail the handheld Mexican staple. The steamed bun is the only thing that doesn’t quite hit the mark – it’s stodgier than the usually light and fluffy bao buns (which are usually vegan anyway). Each cuddles a juicy oyster mushroom, and is seasoned with a light acidic hoisin.

Many of the mouthfuls here lead you on a similar internal dialogue – ‘This is strange, but familiar’… But once you arrive at the realisation that many of these dishes are flavour packed and adventurous, you’ll stop comparing it to what you know. Your surrounds are also precisely designed – there are peachy pink tables that provide the perfect canvas for the ultimate top-down table-spread shot; custom designed ceramic plates; and tiny mixed media sculptures from local artist Kendal Murray.

Each cocktail is a mini-spectacle in itself. The Stranded comes served in a long glass tube atop of a miniature beach diorama, replete with sand and tropical flowers; while the mint- and chocolate-infused Enchanted Forest comes with a crisp chocolate shell on top which is chilled by a dazzling pour of dry ice from your waitress. Each of these fanciful spectacles borders on OTT, but delivers on the flavour front once the liquid nitrogen settles. Service is also on point and refreshingly honest: “Some people love it, others hate it!” is the straight-shooting brief we get before ordering the Beetroot Beatbox cocktail. Luckily, we’re in the former camp – the earthy beetroot is balanced out by spicy rum and bittersweet dark chocolate notes  – resulting in a just sweet, vegetal vision.

If you come in with an open mind and some cash to spare (cocktails go up to $28 and small bites are minimum $20 a dish) Alibi will be a really fun time. And if you’re a plant-based eater it will be a next-level experience, delivering tastes, textures and experiences you may have missed while living your best #plantbased life.

treat yourself and your significant other a 8 Course shared tasting menu with a glass of Champagne on arrival, complete with special take home present. Terms and Conditions: Maximum of 20 diners. Includes VAT, includes service. Valid For: 1 - 20 People Sun 6:00PM-9:45PM,Sat 6:00PM-9:45PM

treat yourself and your significant other a 8 Course shared tasting menu with a love potion spritz on arrival and matching wines. Ending with a special take home gift. Terms and Conditions: Maximum of 20 diners. Includes VAT, includes service. Valid For: 1 - 20 People Sun 6:00PM-9:45PM,Sat 6:00PM-9:45PM

Offer valid until Feb 14 2021
You may also like
Best selling Time Out Offers
Popular on Time Out
We know this city. Do you?