Restaurants Chippendale
Recommended
5 out of 5 stars 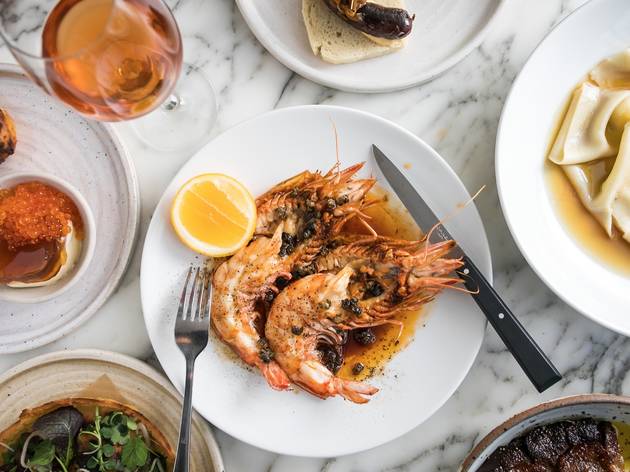 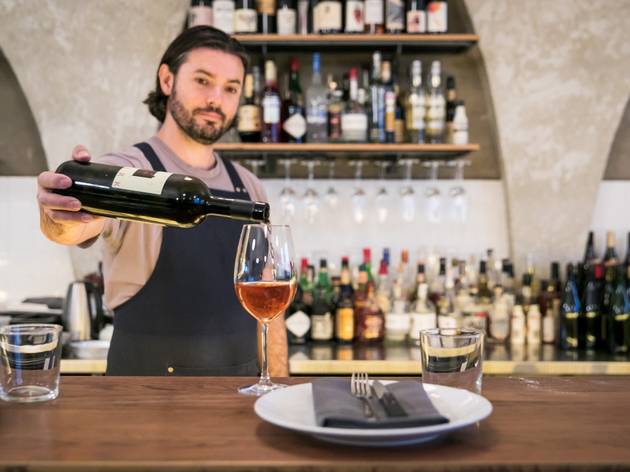 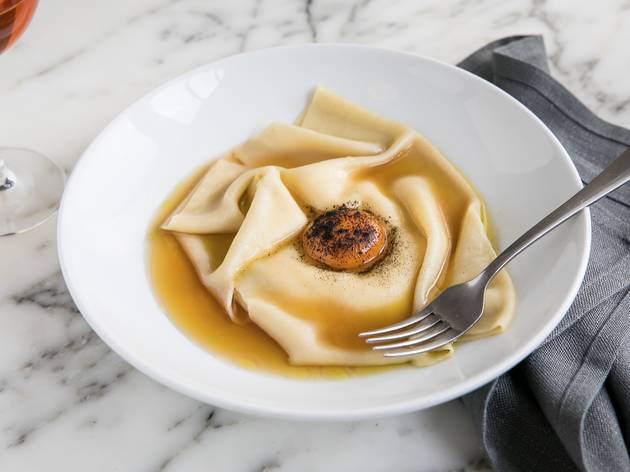 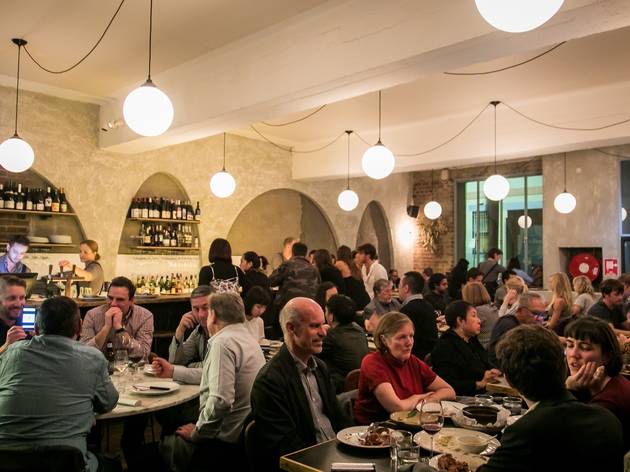 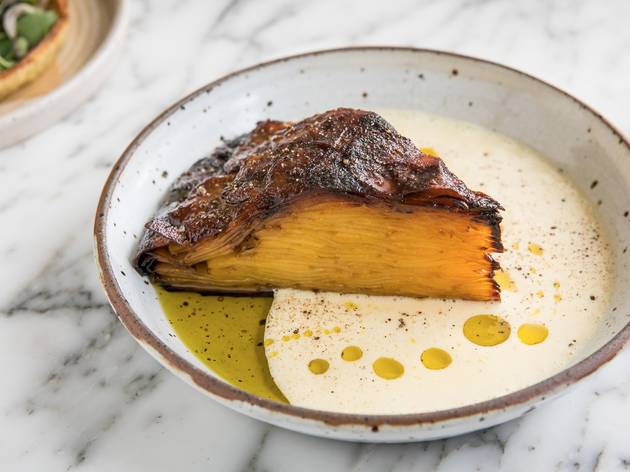 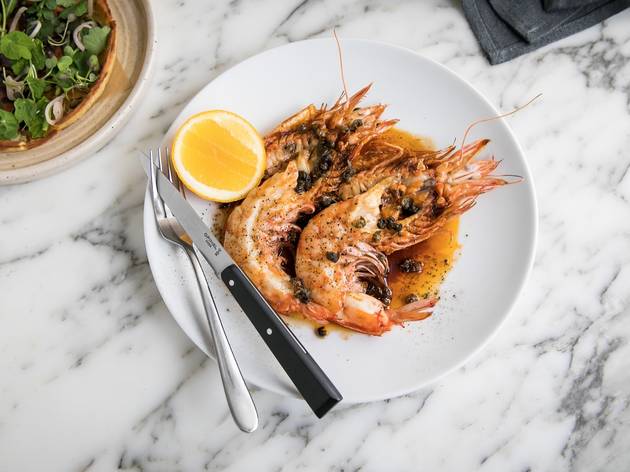 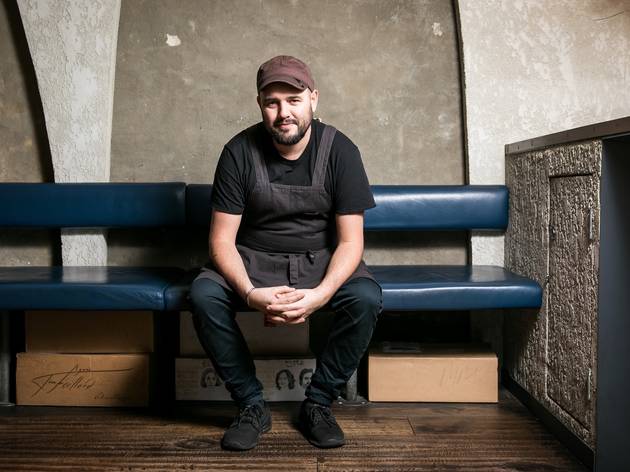 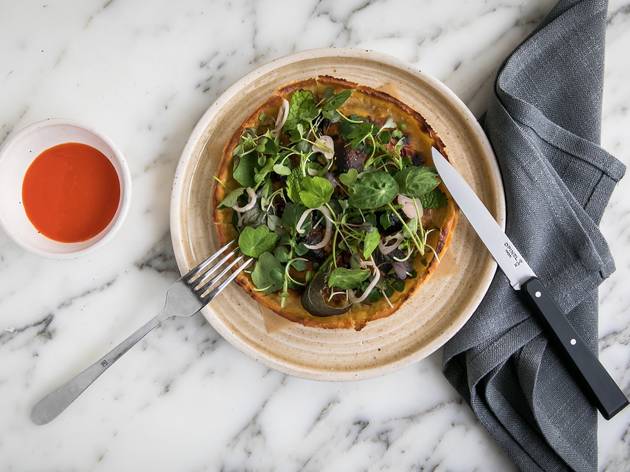 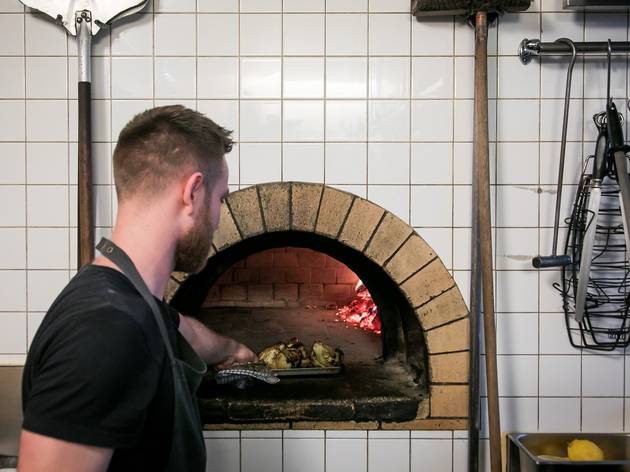 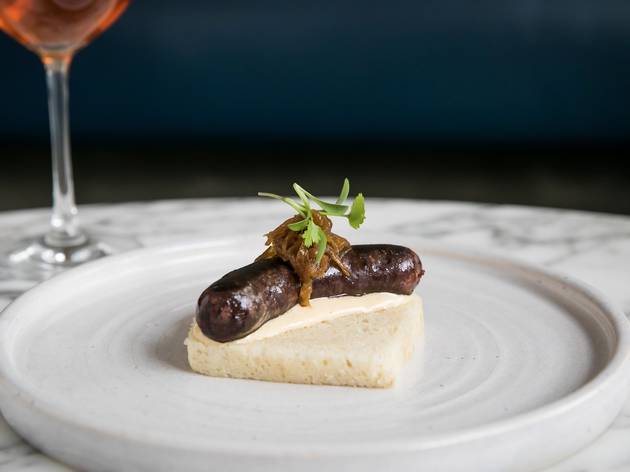 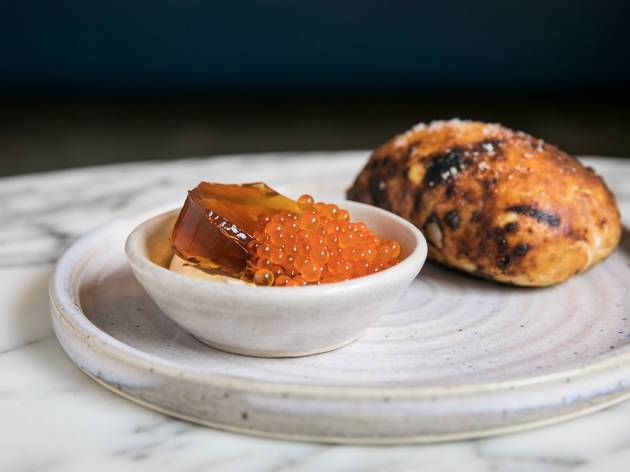 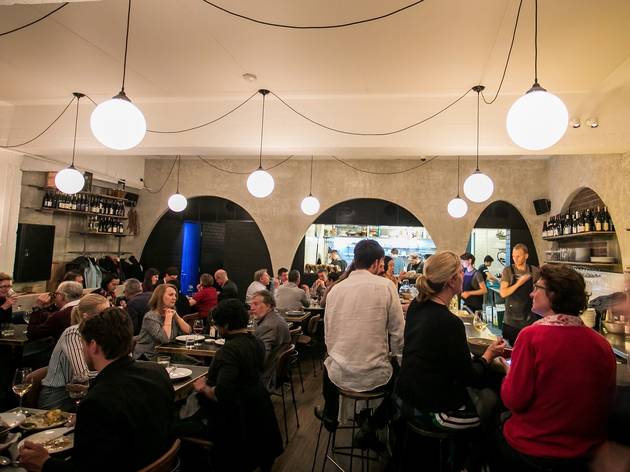 As far as accomplished four-year-olds go, this Chippendale restaurant is up there with Mozart

When we were considering contenders for Sydney’s Restaurant of the Year for 2017, we asked ourselves where we’re most likely to send people when asked for a recommendation. We thought about where we spend our own human dollars when we want a special dinner. We remembered that our mum likes it here. So does our boozy pal who believes spending $120 on bar snacks after 11pm is a great idea. Book a Saturday lunch here and you’ll be joined by the likes of Dan Hong and the ACME crew – Sydney’s hospo scene are also big fans.

Chef Mat Lindsay is a master of light and shade. He slings big, punchy flavours into the wood-fired oven so that the blistering heat can work its magic, softening the fat under the skin of a tender half duck, blackening the leaves of a half head of cauliflower and drawing the deep seabed flavours out of the shells of their famous king prawns which have not left the menu since opening night (praise be). They split the heads, leave the tails in the half-shell and douse them in double umami strength tamari butter, plus fried capers and a good squeeze of lemon. We have never yet successfully gotten out of here without at least one serve, and looking around, no one else in the room will either.

You can choose the well trod path and return for regular doses of the oven-roasted oysters, warmed through but not quite cooked and served with bit of horseradish cream, a little onion and finger lime – it tastes the way waves on hot rocks feel. An Irish take on a blini is a charred potato roll with cream cultured from keffir grains that the kitchen has been using for over two years, and the slightly sour richness dirty dances with big, popping trout roe and a savoury wobble of dashi jelly that all kind of melts together on the steaming hot bread.

The correct soundtrack for all this excellence is the instrumental release of Ghetto Superstar, J5, White Stripes and TV on the Radio. It’s a bit of a party, helped along by pours of the liquid sunshine that is the Other Right viognier and the Skerk from the Italian Slovenian border that’s the colour of autumn leaves and tastes like hot ripe orchards before giving way to extra grip in the finish.

They say money can’t buy you happiness, but you can certainly exchange a fistful of dollars for an evening of temporary joy at Ester. A lot of hot new venues open in this city every year, and a sad number close again, but the thing that does not change is that we always want to be sitting up at the bar at Ester with dinner on its way.

2017Restaurant of the Year

2014Restaurant of the Year