Because beach views and classic eats never go out of style

If you can't afford to have a top chef come to your home and cook the kind of aspirationally fresh, local and elegant fare you normally see on cooking shows, the next best thing is going out for dinner at Sean's Panaroma. This little beachfront restaurant looks like a coastal café but has the heart of a fine diner, and for nearly 25 years it has been setting the standard for thoughtful modern Australian cooking. These guys were all about the local produce long before it was cool.

Sean Moran, the titular chef, splits his time between the Bilpin farm, his Mount Tomah restaurant in the Blue Mountains Botanic Gardens and the Bondi restaurant, but you’ve got Sam Robertson running the Bondi kitchen, so your dinner is in safe, and experienced, hands.

Service here walks that fine line between professional and affable – you end up feeling as comfortable in this 45-seat dining room as you do at home, but also deeply reassured that someone else is cooking while you kick back and stare out at the golden sands of North Bondi Beach framed by the wall of windows – there are a lots of ‘best seats in the house’ here, but it’s first come, best ocean views.

Sean’s have fine tuned their systems like a Swiss railway operation; there are four entrées, four mains and four desserts written on little chalkboards. By our calculations that means you can create 64 different combinations with the daily specials, and yet somehow not feel overwhelmed by choice – thank you, high school maths.

Some things change but more stays the same, which is why you can rest assured that there’s always going to be a piece of fresh fish on the menu, treated tenderly. On our visit it’s a fillet of ruby snapper that they’ve wrapped up tight with spinach and fragrant, sweet bush limes in a wax-paper ‘bag’. The citrus oils mix with the fish juices as it all steams together and the spinach wilts over the top faster than the love interest in a Brad Pitt movie. All that tender, juicy fish needs is the crunch and squish of a Dutch cream potato croquette for some textural mouth percussion.

House-made pasta has earned its permanent spot. Maybe you think it’s hard to impress with ravioli, but when it’s done right it’s a showstopper. Long, thin pasta casings are plumped up with funky goat’s cheese and then the pillows are hemmed in by softened shavings of Gruyère, artichoke hearts and pepitas. It might sound rich and tiring, but they throw a good splash of lemon juice into the sauce that lifts the flavours and your spirits.

Right now, chicken is having a moment. At Hubert they are brining, steaming and frying their birds for the famous chicken fricassé, and at LP’s Quality Meats their fowls serve a long sentence in the smoker. The Sean’s version is simpler – a classic roast that is a shot of distilled nostalgia that goes right for the feels.. If you prefer the other white meat, it’s a fair chance there’ll be pork done countless ways too – sausage, belly, cured, baked, rolled. It’s all food you recognise and food that recognises in you the desire to be nourished and cared for rather than ostentatiously indulged.

Never has a dessert wiggled so flirtatiously as the mulberry jelly, which is black as night, sweet as spring and melts on your tongue with a gentle spritz, almost like a wine gum. In the great tradition of British nursery desserts, they pair it with a rich, creamy vanilla ice cream wrapped around a core of housemade, slightly salty honeycomb. It might be simple stuff, but they do it perfectly here.

Dinner at Sean's will salvage even the most rotten day. It’s the grown-up (and significantly more expensive) version of someone making you cookies when you feel blue. Only instead it’s a three-course meal with a chorus of Australian wines that’ll pep you right back up again. That's why people still love this place after all these years. 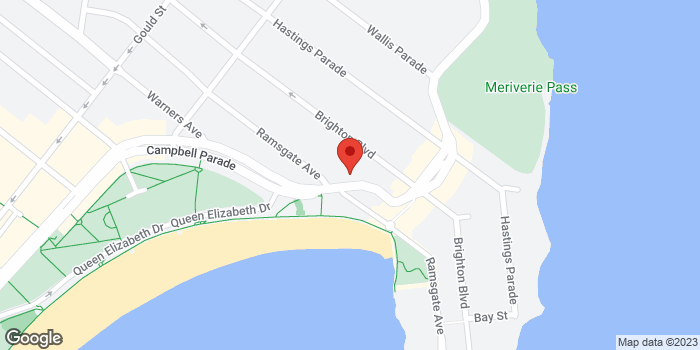