Australia's favourite winter festival and annual Byron pilgrimage Splendour in the Grass is located in North Byron Parklands, and offers four full on days of grassy fun. Here's our complete guide, from things to do in nearby Byron Bay to tips for first timers.

Here's our foolproof guide for being your best Splendour-self 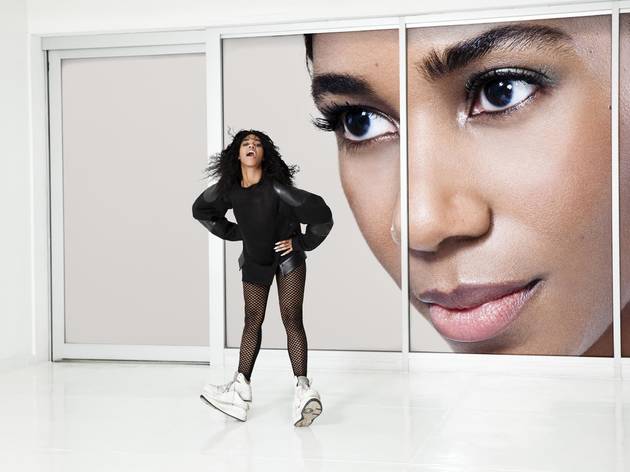 Missing the big festival? Head to a sideshow (or five) instead 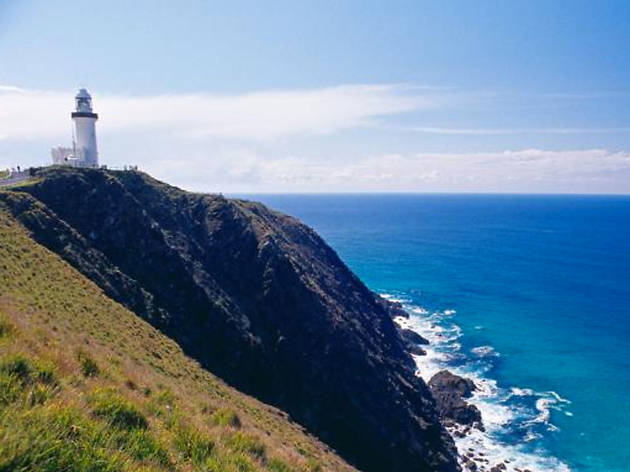 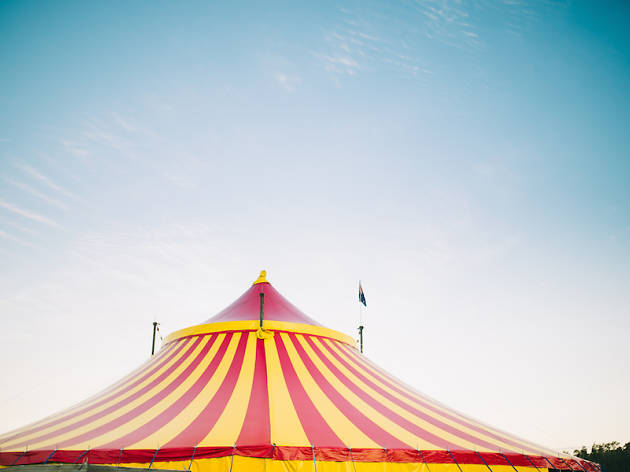 Splendour in the Grass line-up

The Strokes, the Avalanches and the Cure lead the Splendour in the Grass 2016 line-up 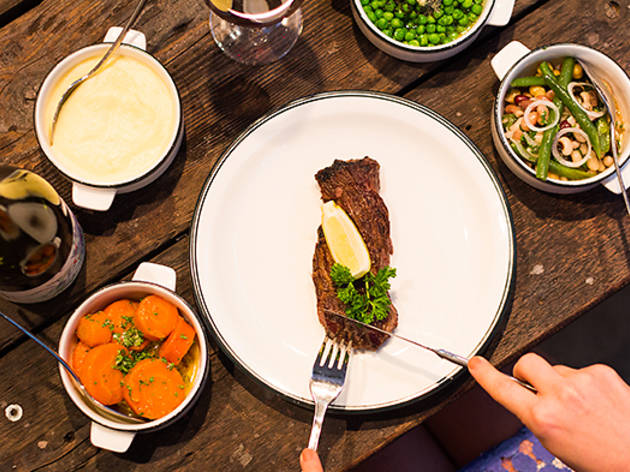 The Strokes? Crossed off! The Cure? Heal thyself. Flume? Take a ride. It turns out the reason to head to Splendour in the Grass this year isn't the music. It's the food. Sure, one would typically think of festival food as a perfunctory vegan hotdog swallowed between beers and bands, but the North Byron festival have just announced they're creating the 'Very Small Suburb'. The good thing about suburbs is they need to attract regulars, because people live in them forever, not just three days. Which means they need to meet certain standards of deliciousness. And boy, do the businesses populating Splendour's meet those standards. The lineup of this tiny suburb goes a little something like this: The Unicorn Gelato Messina Bourke St Bakery Single Origin Doughnut Time There'll also be a designer vintage clothing store, plus retail stalls from Byron locals Mr Simple and the strangely capitalised fallenBROKENstreet. Oh, and hair and makeup services for those mid-concert Insty snaps. Splendour vets will recognise the Very Small Suburb as a continuation of previous Splendours' Very Small Malls. That precinct took a break in 2015, and it turns out, it was because it was busy transforming itself into an entire neighbourhood.  For more Splendour sweetness, check out Time Out's guide to Splendour in the Grass. 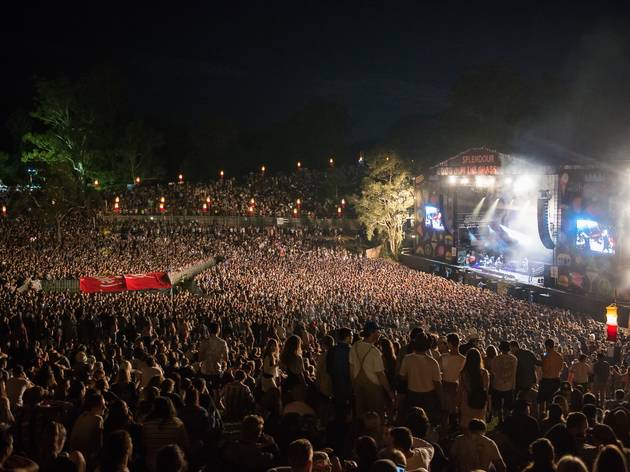 Nine things we learned at Splendour in the Grass, Day Three

1. If you think your Sunday afternoon might be improved by some melodic electronic music with a pure-voiced female vocalist and a slightly kitschy twist, a) you're not wrong and b) you should check out Melburnian musician Sui Zhen. She started with a crowd of zero at her Splendour set, and by the end of her second third song, the Tiny Dancer tent was more than half full of punters drawn to her beguiling voice and catchy tunes.  2. Mary's burgers in the Gold Bar tasted just as good (and in context, even better) than they do back home. Which is good news for us, since they're catering our next event. 3. Speaking of things that can improve a Sunday afternoon, Byron locals the 4'20 Sound put on a pretty entertaining set (complete with extremely enthusiastic accompanying dancers) even if you do not partake in the herb.  4. Courtney Barnett's presence, and her ability to shred, expands to fill the space she's in. And in return, the crowd somehow manage to sing along to her bloody complex lyrics. Hearing a sea of people mostly nail the lyrics to 'Elevator Operator' is one hell of a buzz. 5. Wil Anderson can and will kill a whole six pack while running his show half an hour overtime, to a crowd that was more wrapped than patient. Their reward? Hearing an "unrecordable" and "hypothetical" story about the time the comedian rubbed his testicles all over the suit of a prominent conservative commentator. 6. Those machines that shoot jets of smoke into the air on stage? They're really 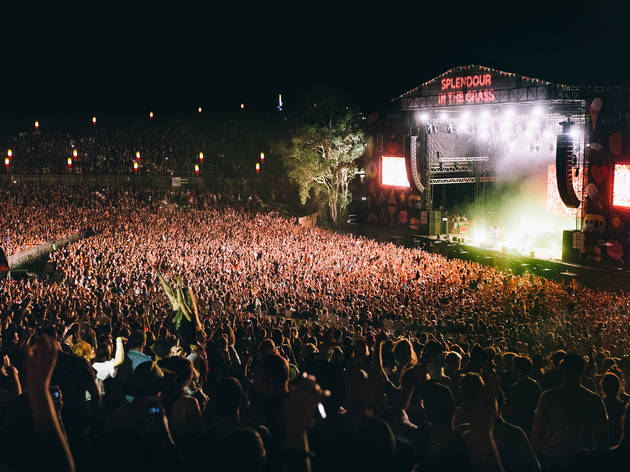 On Friday night, over a thousand Splendour in the Grass attendees were left stranded for several hours, when traffic gridlock and inadequate provisioning lead to a major shortage in shuttle buses. Buses to Byron Bay cost $10 one way, with prices varying to other areas depending on distance. Some patrons took to social media, stating they'd waited up to four hours in the chilly night air for a bus home.  That night, we left the festival 20 minutes before midnight, and were unable to get a bus to Mullumbimby until 1.45am. When the bus finally arrived, we remained stuck in traffic for almost another hour. One woman in the line told Time Out "I've been waiting here so long, I've forgotten all the good bands I saw." Realising the situation was untenable, Splendour quickly re-worked its traffic management plan, and offered patrons free rides home on day two of the festival.    pic.twitter.com/ONf7JqZFOT — SplendourintheGrass (@SITG) July 23, 2016 On Saturday night, the bus lines were more organised, with fencing to help control and arrange crowds, and more clued in staff – with megaphones – present to keep patrons informed. However, the long waits continued, as did the traffic gridlock as cars and buses waited to exit the festival grounds. Buses weren't clear of the festival site until well after 2am, and the waits for less popular lines like Brunswick and Mullumbimby were particularly long.    That's one hour since a bus left for Mullumbimby. #BUSterfuck2 #10k8Portaloo 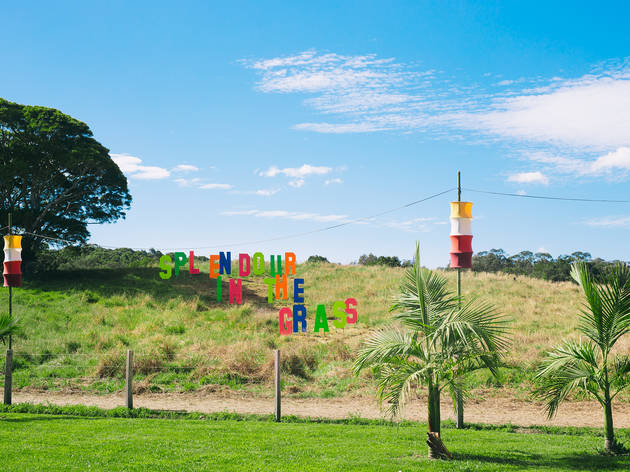 7 things we learned at Splendour in the Grass, Day Two

1. You can find warm up shows in town, if you have the right hook ups. We caught an intimate set by The Preachers, who were suspended on glass above a swimming pool at the lush guesthouses of the Atlantic Byron Bay, as part of a Kiehls event. Meanwhile, over at Thomson Cottage, the ever captivating Banoffee played from the deck of the house, closing with 'Let's Go to the Beach' as she stared out to sea.  2. As the sun starts to set and the whole festival is bathed in gold, the wildest dance parties can be found at the Global Village and the teepee forrest.  3. Speaking of dancing, the award for 'most cute girls on shoulders at once' goes to Sticky Fingers. During 'Gold Snafu', it looked like every person in the crowd had another person on top of them.    Photograph: Stephen Booth             4. If you were wondering how Cedric from At the Drive-in feels about your #SITG2016 #streetstyle – he hates it. "I've seen a lot of people at this festival who look like they're in look books," he told the crowd. "Don't be a look book, be yourself," he proclaimed, to moderate cheers, before launching into a blazing rendition of 'One Armed Scissor'. Given these guys once walked off stage at Big Day Out because they were disturbed by the level of violence in the mosh pit, the Splendour gang got off relatively lightly. This was in 2001, just a few days before the death of Jessica Michalik, so last time they called Australia on its nonsense, they had a point.    Photograph: 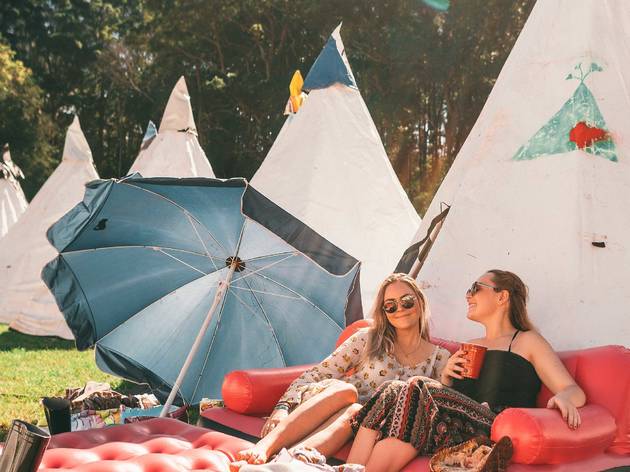 10 things we learned at Splendour in the Grass, Day One

1. Sampa the Great lives up to her name on the main stage. With a full band and three backing singers, her presence dominated the Mix Up stage, and her final track ‘Price of Fame’ charmed the already packed house.   Photograph: Mitch Lowe             2. Being able to snag a $5 sausage roll from Bourke St Bakery, in the middle of a festival, is an experience worth significantly more than it costs. 3. Jack Garratt comes on strong. He opened with some of his biggest bangers, and because there’s no where to go from there but sideways, he then launched into a Craig David’s Seven Days and Justin Timberlake’s Seniorita, before ending the set in actual tears. 4. Alas, the Unicorn was unable to bring their impressive wine list with them to Splendour. Their top notch mash, peas, gravy and chops survived the journey well though. 5. The shortest line for drink tickets is next to the GW Mclennan stage. 6.Emma Louise and her clear voiced, theatrical style are the perfect fit for a white pants suit. 7.Meanwhile, Leon Bridges’ retro soul act, right down to his shaved part and high pants, is music festival gold. He may sound like a time-warp, but the audience intrinsically knew how to dance to his juice,  resulting in one of the night’s most joyous moments. 8. Crowds rammed the Amphitheatre for The Avalanches. With their at times sparse sound, made flesh by Spank Rock subbing in for samples, they created an almost eerie atmosphere, blending snatches of familiarity and stran