These women are transforming the drinks business in Hong Kong

Beer, wine and cocktails aren't the domain of men alone

Nothing makes Stella Lo and Ashley Tam’s blood boil like being asked to suggest a beer that ‘girls’ would want to drink. “‘You’re a woman, why do you drink dark beers?’ We get asked that question all the time,” Lo says.

The two are sitting at the bar at Big Sur, sharing bottles of barrel-aged imperial stouts, discussing issues they face as women working customer-facing jobs in the beer industry. Lo and Tam – respectively brand ambassador and marketing executive for pioneering Hong Kong craft brewery Young Master – spend their days with Hong Kong’s network of bar owners, bartenders and food and beverage managers. Most look right past their gender, but not all are open-minded. Only moments earlier, one client (unrelated to Big Sur) had remarked to Tam: “You don’t look like you drink beer.” That client was a woman.

While Hong Kong may be an ostensibly free and equal society, gender gaps exist. Roughly 16 percent of the Legislative Council is made up of women, for example, and Hong Kong has yet to address its persistent pay divide. According to a 2018 report by human resources consultancy Willis Towers Watson, that gap widens as workers grow old. By the age of 60, women make about half of what men earn each year ($322,000 versus $618,000, on average). The drinks business is no exception. Statistics are hard to come by, but only 33 percent of management positions in Hong Kong are held by women, and stereotypes still inform the way women are viewed: bartending is a man’s domain, women want fruity beers, women can serve wine but they aren’t experts in it. Change is brewing, though.

“We’re individuals. It’s good to be appreciated for who you are, not your gender or ethnicity - Stella Lo”

Out of Young Master’s 20 employees, eight are women. Both Gweilo and Moonzen boast women co-founders. And then there’s the Hong Kong Pink Boots Society (PBS), a global network of female movers and shakers in the beer industry. Run by a six-person committee, including Lo and Tam, the Hong Kong chapter hosts regular meetups, provides support to women in the industry, even those in back of house roles, and brews its own beer each year using a proprietary blend of hops provided by the head PBS chapter in the US.

“We’re planning on collaborating with another brewery this year. It will be the first time we’ve brewed our own original beer. We’re thinking it will be either something strong and heavy like an imperial stout or something sour and complex,” says Tam. Such a bold beer should help shatter perceptions of what women should drink. Lo agrees. “[PBS] is about getting people to be comfortable with women in beer. If people see your passion, they will respect you,” she says.

“At Young Master, we hang out over beers. When we travel, we bring back beers to share with everyone. When we go out and talk with clients, we share beers. It’s a fun thing, right? Beer shouldn’t be taken too seriously.” 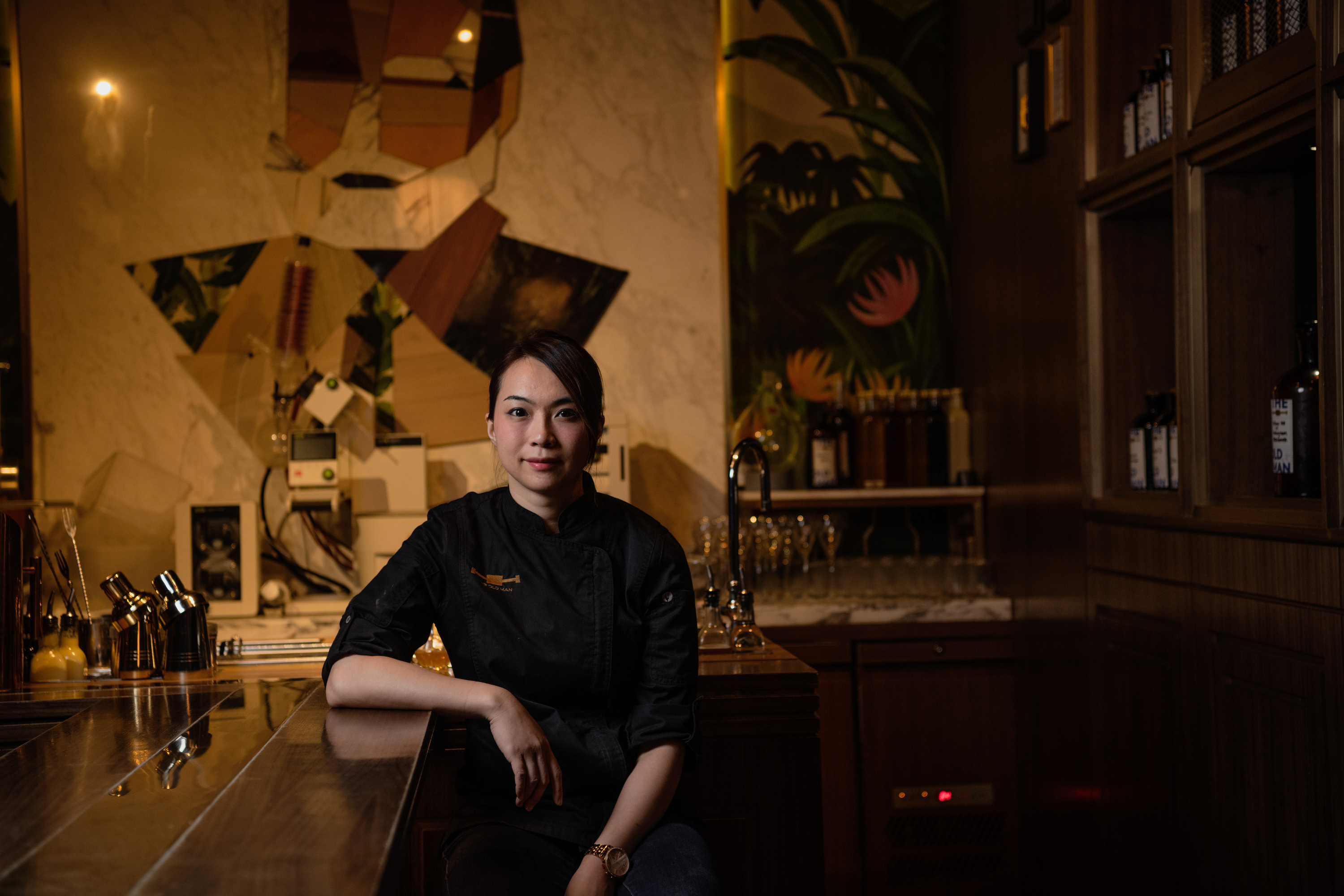 Natalie Lau is working to shatter perceptions in cocktail culture, too. The bar manager of The Old Man – named Asia’s best bar at the 50 Best Bars Awards in early 2019 – Lau shifted tracks in her career at the age of 26, leaving her job as a teacher to move to London, where she ultimately landed a job at world-class cocktail bar The Savoy. It was here that she learned trade secrets of the bar industry, but it’s also where she discovered that bartending is a male-dominated profession.

“When people remind you that you are a woman bartender and are so impressed with your ability to do a double shake, for example, then you realise that maybe this is a ‘man’s job’.”

“[Hong Kong] is an open community...there are so many things that women can do - Natalie Lau”

But Hong Kong isn’t the same as London, or India, where Lau once went for a guest shift and heard horror stories from other women bartenders about deep-rooted prejudice in the country’s bar industry. “Hong Kong has a good outlook on gender. Of course, there’s [systemic] sexism, but it’s an open community. You can say what you want, and there are so many things that women can do,” she says.

Lau acknowledges that men have harassed her in the past. “Every single female bartender can tell you stories about being harassed by men while at work. It happens, but how you take it is another thing. You have to be strong,” she declares. She has had to deal with societal pressures as well.

Having grown up in a traditional Chinese family, she is often urged to get a ‘good job’ with the government. That’s why, when she left her teaching job to work in nightlife, she lied about her work. “I told my father I worked in a restaurant,” she admits. “I’ve talked to so many bartenders who have had fights with their families and have had to move out. It’s so difficult.”

None of this has changed her mind. If anything, she has become more dedicated to her craft, more driven to succeed and forge the way forward for young women.

That’s precisely what Jeannie Cho Lee is doing in the wine industry. Asia’s first female Master of Wine, a graduate of Harvard and an award-winning author of two books (Asian Palate and recently published The 100 Burgundy), she is also a devoted mother, wife and university lecturer. In many ways, Lee is the modern Renaissance woman, and she has chosen to channel her skills into helping people appreciate wine as more than just a drink.

“Wine has somehow always been a part of my life, but I never thought I would do anything in the field,” she says. “I was able to do this because I had two criteria: I didn’t want to be on the commercial side, buying, selling and brokering wine. And I wanted to make it part of what I loved to do, which is writing, communication and teaching.”

Currently, Lee is professor of wine at Hong Kong Polytechnic University. She created the curriculum for the 18-month programme and teaches the business, distribution, branding and marketing of wine. The programme, she notes, is mostly made up of women, although that doesn’t signal a sea change in societal norms. “Wine isn’t the industry of choice if you want to make a high income,” she says. “The F&B industry is attracting high-calibre women, but men of a similar background opt to go for a higher-paying profession.”

At the same time, talented women in the industry struggle to break the glass ceiling. “Once you reach the senior level, it’s men,” she says. “Every industry has this same problem.”

“The F&B industry is attracting high-calibre women, but men of a similar background opt to go for a higher-paying profession - Jeannie Cho Lee”

Lee, however, did break through, and in a big way. The Master of Wine is notoriously difficult to achieve. It’s a self-study course that culminates in four full days of exams on top of a dissertation on each student’s topic of choice. Only 382 have ever held the title. Of that number, only about 30 percent are women. In 2008, Lee became the first woman in Asia to join that elite group. Now she hopes to use her platform as a public figure and a professor to guide others.

“When you work in this industry, you’re always talking about the positives, the pleasure that we bring, and that’s great. We need that in this world. But keep things in perspective,” Lee says carefully. “If you go into wine for the perceived lifestyle or benefits, you may not be as successful as you would be if you went into it for the right reasons.” 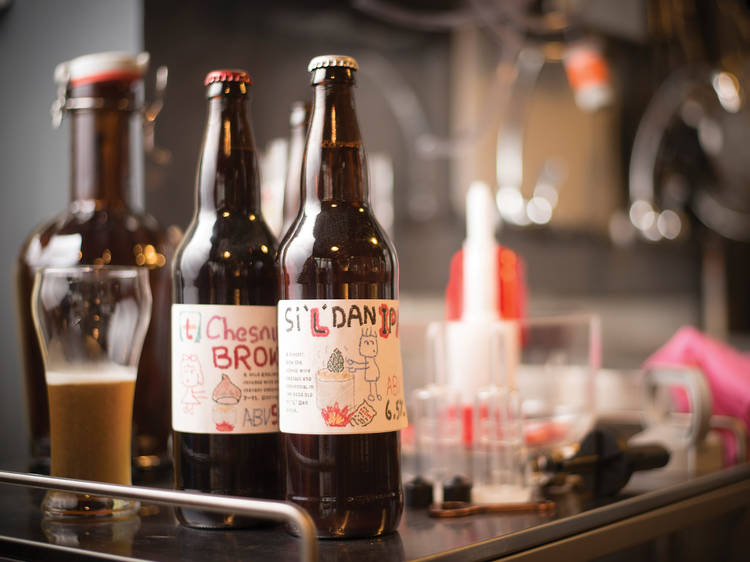 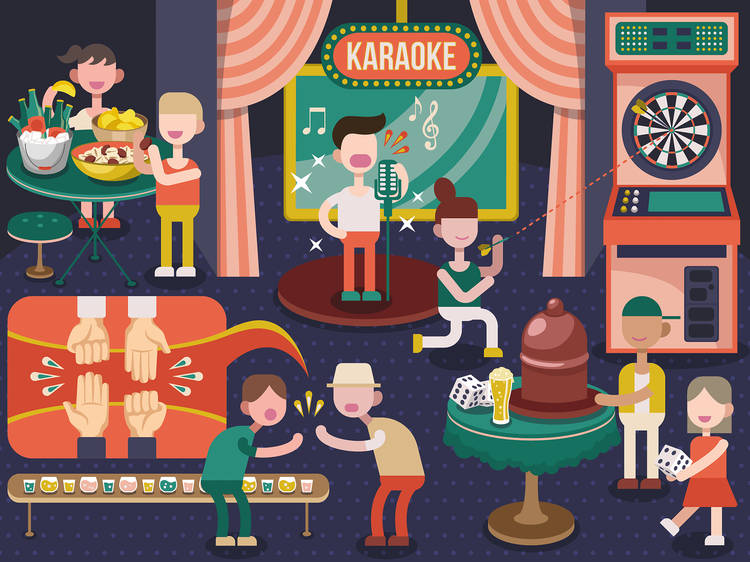 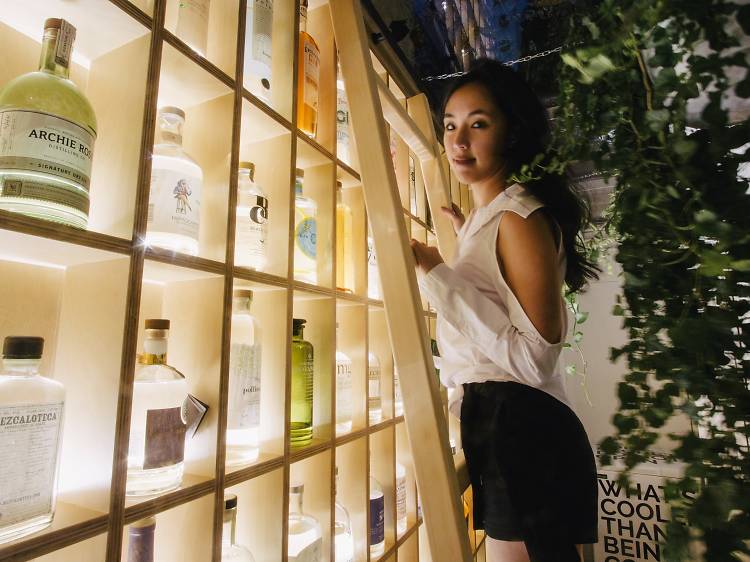 Interview: Victoria Chow - founder and managing director of The Woods