Famous known for being an entrepot between east and west, Hong Kong has become one of Hollywood’s go-to choices when looking for an exotic Asian locale as setting. Our city’s appeal to filmmakers is unquestionable – our SAR’s bustling streets, incredible skyline and awe-inspiring skyscrapers are excellent visuals (and look great getting destroyed, as they frequently are). Scroll down to see our picks of the best Hollywood movies filmed in Hong Kong. By Gigi Wong

RECOMMENDED: Looking for something more local? Try the best Hong Kong movies ever or maybe just the best local romcoms. 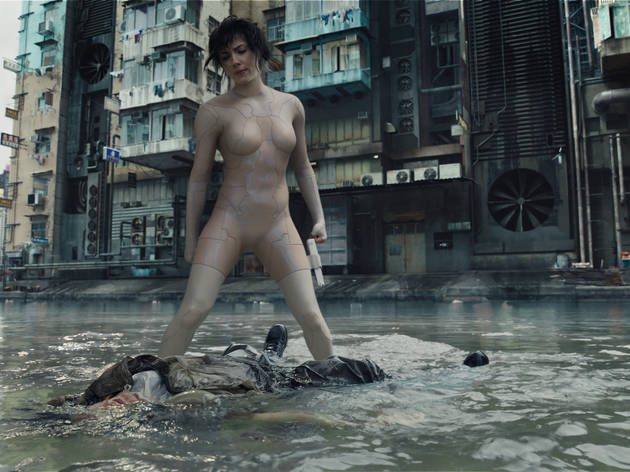 The 1995 anime version of Ghost in the Shell was set against the chaotic and jam-packed cityscape of Hong Kong and so too was last year’s Hollywood adaptation. Our city’s clash of old and new was seen as the perfect representation of one of the film’s central themes – that of one world invading another. Victoria Harbour and the Island skyline feature prominently in one scene, one of the most gorgeous in the whole movie. In fact, we’ll forget the generally poor adaptation of the source material since the film brilliantly captures the ever-changing nature of Hong Kong. We bet this is how our city will look in 2029 – both visually delightful and profound. 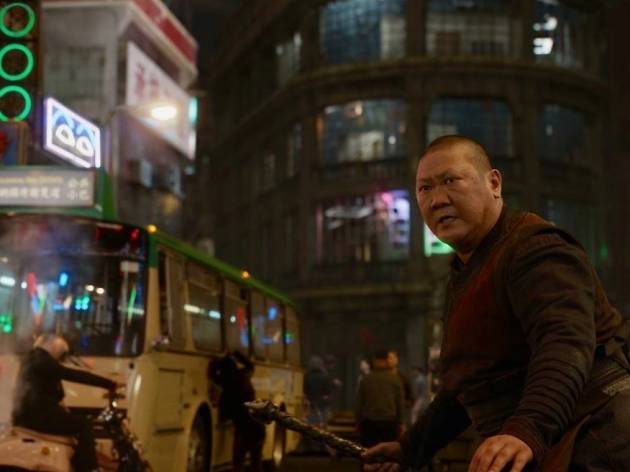 The 14th instalment in the Marvel Cinematic Universe, Doctor Strange – with its stunning visuals, epic cast and mesmerising storytelling – was both a critical and commercial success. Even cooler for us Hongkongers, the final battle scene took place in the 852. Yet, the crew didn’t actually film any scenes here as the fight sequences would have required complete control of the street in order to shoot what was desired – something not permitted. Instead, the filmmakers recreated a large-scale façade of a regular Hong Kong street – with inspiration clearly taken from Temple Street and surrounding Kowloon neighbourhoods. The Hong Kong sanctum in the scene is, indeed, based on the historic Lui Seng Chun building in Prince Edward. The team’s efforts aren’t entirely convincing ­– Hong Kong looks more like a typical US Chinatown than our own ’hood – but we appreciate the setting all the same. 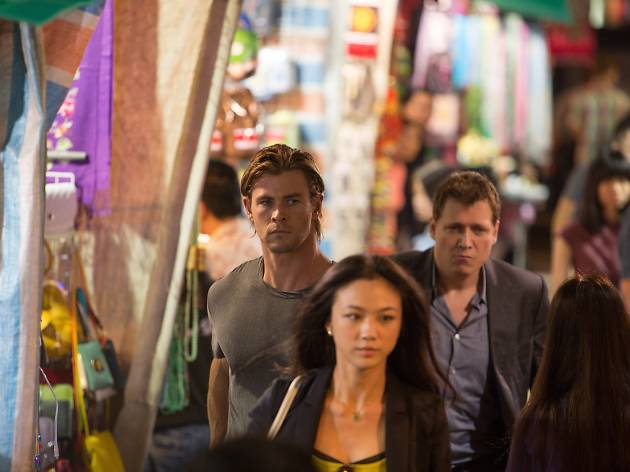 In this Michael Mann thriller, Chris Hemsworth stars as a hacker hero helping to hunt down a high-level global cybercrime network in places like Los Angeles, Jakarta and Hong Kong. The film, a significant portion of which takes place in Hong Kong, has a fairly international cast – Tang Wei starring opposite Hemsworth and Wang Leehom is there as a Chinese PLA officer. Although a box office flop, the movie did make good use of locations in Hong Kong. It saw Hemsworth and Wei being chased through different parts of Hong Kong like Connaught Road in Central, Quarry Bay MTR station, Shek O and a Tsuen Wan drainage tunnel. If you want to see Thor as a mortal hacker roaming the different corners of our SAR, this is the go-to movie for you. 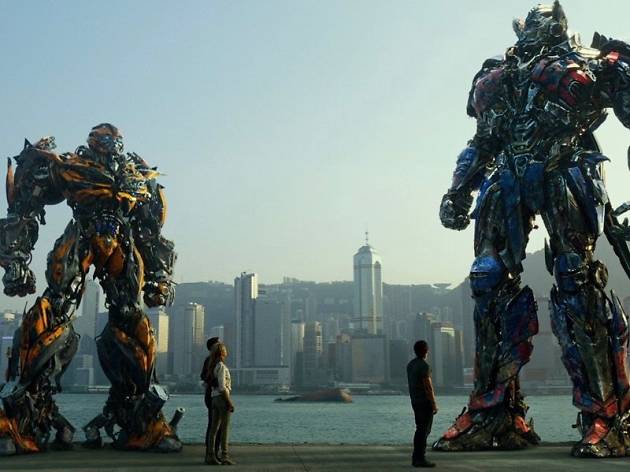 Michael Bay’s fourth Transformers film sees half the action take place here in Hong Kong as well as several other scenes filmed in China, no doubt to appease both Chinese investors and audiences. The movie takes in a comprehensive list of HK locations – from Kowloon and Hong Kong Island to the New Territories – you can see almost all our 18 districts. With buildings and entire streets destroyed in the midst of the Autobot vs Deceptacon battle, the movie proves that our city is definitely one of Hollywood’s favourite to be trashed. Other bonus features include a cameo appearance by Chinese boxer Zou Shiming, who plays a mysterious kung fu master that appears out of nowhere; and laughable Mainland propaganda that declares ‘the central government will defend Hong Kong at all costs’. 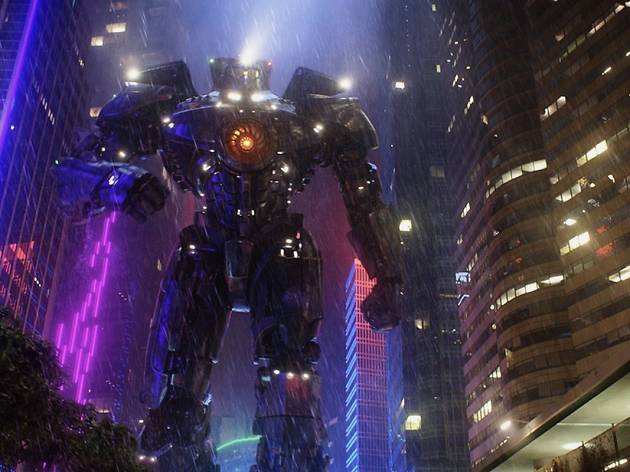 This epic sci-fi monster film, directed by Guillermo Del Toro, sees gigantic robots defending cities around the Pacific Rim from being invaded by otherworldly monsters. One particular battle between humans and the kaiju takes place in a typhoon-drenched Hong Kong. But rather than film on location, the production team recreated entire blocks of our city in one of the largest film studios in the world, so that Del Toro could destroy it as he liked. Taken as a mainstream summer blockbuster, Pacific Rim is spectacular – stunning visuals, dazzling photography and an epic final battle – so it’s a shame last year’s sequel was so lacklustre. 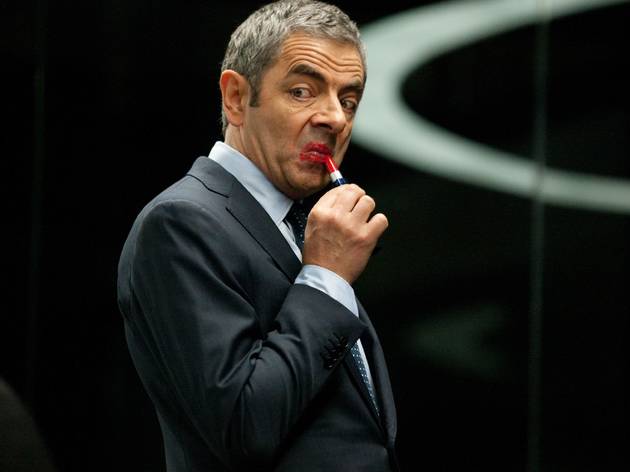 Ahead of the release of the third Johnny English movie later this year, let’s recap the previous instalment that had some of its scenes filmed in Hong Kong. The brilliant Rowan Atkinson reprises his role as the titular British spy and is sent to Hong Kong to investigate a plot to assassinate the Chinese premier, leading to a hunt across our SAR. Highlights include a humorous parkour chase scene shot on the roof of Chungking Mansions and a fight scene set to the backdrop of several Kowloon landmarks. And let’s not forget the mysterious Asian granny who pops up with her deadly vacuum cleaner, an absolute comic gold sketch. 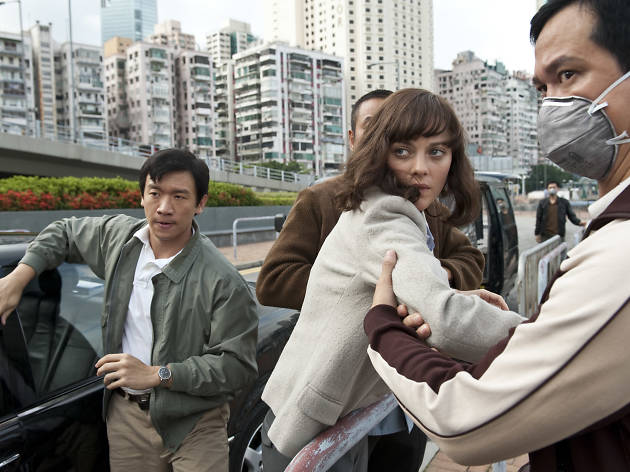 This all-star disaster movie documents how the spread of an infectious disease can trigger global panic. The virus, sadly for us, comes to Hong Kong in a plot that somewhat resembles the Sars epidemic in 2003. The film also touches upon such serious issues as government control over the production of anti-epidemic drugs. With some of the action set in Hong Kong, the film was shot at locations like Mei King Street, Shek O Bus Terminus and the Star Ferry. Still, it was funny how almost all the citizens in those scenes spoke fluent Mandarin instead of Cantonese. 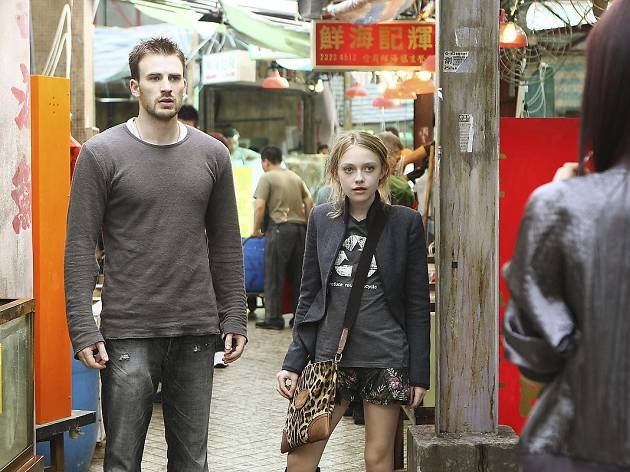 After playing the Human Torch in the abominable Fantastic Four (and before redeeming himself as Captain America), Chris Evans starred in this 2009 sci-fi flick as yet another superhuman. There’s something special about Push, at least when it comes to Hong Kong – it takes you through the backstreets, dry markets and the pint-sized hotel rooms of our SAR, a thorough exoticism that sets it apart from superhero movies like Dr Strange. The film features some iconic streets in the city –the likes of Peel Street in Central, Yee Wo Street in Causeway Bay and Mong Kok’s Soy Street. Despite what critics say, the choice of Hong Kong as a backdrop enriched the film and the resulting work was refreshingly entertaining. 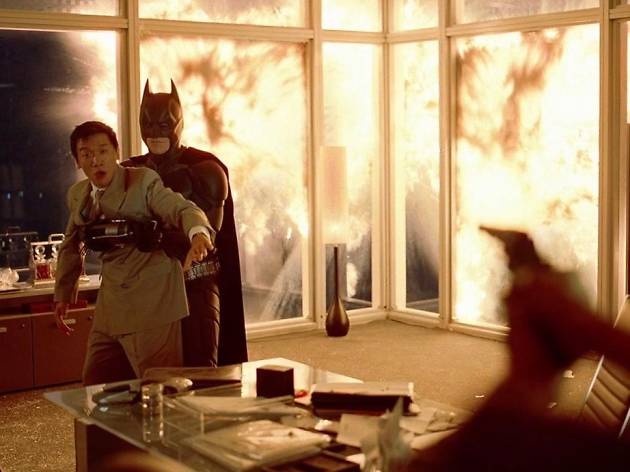 Christopher Nolan’s The Dark Knight helped inaugurate the trend of including China-related elements in Hollywood blockbusters. Even though only a small portion of the film is set in Hong Kong, it’s well known for these scenes (at least locally). The most prominent one has Batman standing on the edge of the International Finance Centre and launching himself off the building and into the skies. Another iconic scene sees Christian Bale and Morgan Freeman conversing on the Mid-Levels Escalator, shot against the backdrop of bustling Gage Street – during the filming of this scene, thousands of Hongkongers thronged the street, all trying to get a glimpse of the two stars. 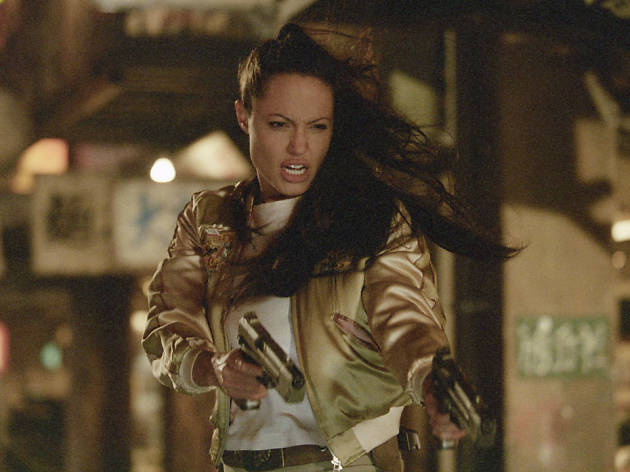 Before the cinematic reboot of the Tomb Raider franchise earlier this year, starring Alicia Vikander, Angelina Jolie was Lara Croft. In this, her second outing as the heroine, her character embarked on a journey in search of the mythic Pandora’s Box. Her search took her across the globe and, of course, to our little corner of the world. The film was shot in locations around Hong Kong Island and Kowloon, with the accompaniment of CGI in the final work. Once again, our city’s sleek skyscrapers played a key role. Similar to The Dark Knight, the film saw Angelina Jolie and Gerard Butler landing a base jump off from the then under construction International Finance Centre 2. 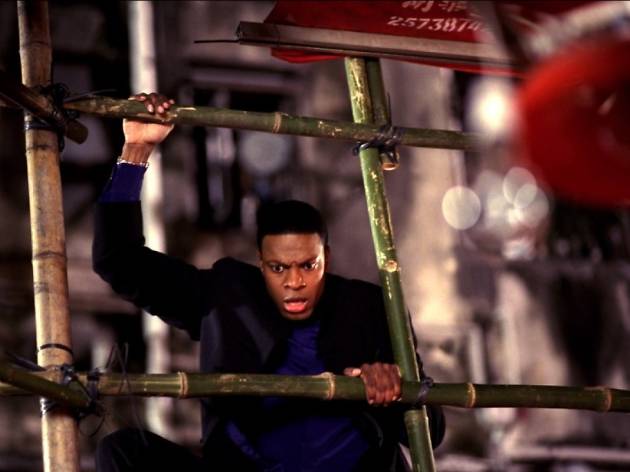 This Jackie Chan and Chris Tucker action comedy is one of the most prominent examples of east meeting west. Chan’s brilliant action sequences and hilarious comedy elevate the film to a level that rivalled the original. This time out, our two protagonists head to Hong Kong for a vacation but find themselves involved in a smuggling conspiracy and murder mystery. Almost the entire movie was filmed in Hong Kong and it features a diverse range of local locations – city streets, police stations, Hong Kong International Airport, The Peak and more. Although now 17 years old, Rush Hour 2 remains fun, entertaining and is definitely a good popcorn movie to while away a lazy Saturday night.

Keen to see a movie now? 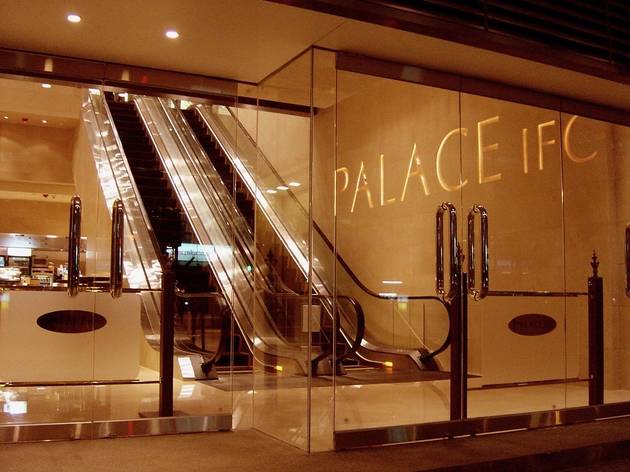 Hong Kong’s multiplexes are many and varied and there are decent indie cinemas too, if you know where to look. Allow us to show you the best cinemas in Hong Kong.