All the must-see showcases in this much-anticipated opening 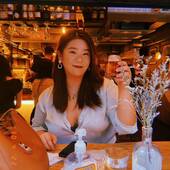 Located along the waterfront of the West Kowloon Cultural District, the Hong Kong Palace Museum (HKPM) is the latest museum to join the district's family of cultural hubs. Dedicated to promoting Chinese art and culture, the museum is set to open on July 2, 2022, as part of the 25th anniversary celebration of the establishment of the HKSAR.

Don’t be fooled by the boxy design, the Palace Museum is full of intertwining routes that hold intricate details and exhibits that shouldn’t be missed. It flaunts nine galleries for visitors to view, covering themes such as life in the Forbidden City during the Ming and Qing dynasties through ceramic works, portraits of emperors, and much more. Priceless treasures spanning nearly 5,000 years of history will be on view from a month to over one year, as some of the works can only be displayed for a limited time due to environmental factors such as light and humidity.

Keep reading to check out all the must-see showcases in the museum.

Aside from Chinese arts and relics, the Palace Museum also features two Hong Kong-themed galleries. ‘Private to Public: The History of Chinese Art Collecting in Hong Kong’ highlights Hong Kong’s history of art collecting, whereas ‘No Boundaries: Reinterpreting the Palace Museum Culture’ showcases six local artists presenting their art through multimedia and reimagining art and culture found in the Forbidden City through a twenty-first century lens.

Treasures from the Forbidden City

The museum will feature 914 priceless treasures on loan from Beijing’s Palace Museum ranging from painting and calligraphy to ceramics, jade, costume and textile, jewellery, rare books, and much more.

Within the collection, there are 166 grade-one objects classified as national treasures, such as a headrest shaped after a reclining boy – a prized possession by the Qianlong Emperor – paintings including Nymph of the Luo River by Gu Kaizhi, Autumn Colours over Rivers and Mountains by Zhao Boju, Jade Lion by Lang Shining, as well as an imperial jade seal sculpted into the shape of a dragon. Photograph: Hong Kong Palace Museum I The Making of Masterpieces: Chinese Painting and Calligraphy from the Palace Museum

The Making of Masterpieces: Chinese Painting and Calligraphy from the Palace Museum will present 35 rare calligraphy pieces from the Tang and Song dynasties, the largest collection of paintings lent to institutions outside the Mainland in the past 15 years.

The Chinese-style architectural elements throughout the building are a perfect backdrop for snapping for the ‘gram. As the first thing you see upon entering, elements inspired by the Forbidden City can be found in the grandeur of the bright vermillion gates with their gold detailing. Glazed tile replicates of the Forbidden City’s tiled roofs can be seen from the ceilings of the ground, second, and fourth floors.

With floor-to-ceiling windows throughout the venue, the museum is an excellent spot for looking out towards the harbour, which can be viewed from the south atrium and observation platform and the west atrium on the fourth floor that looks out towards Lantau Island.

If you’re feeling peckish after viewing all the exhibits, head to the three eateries, such as Cupping Room for fresh brews, Shanghainese noodle restaurant Jin Ya Ju Noodle Bar, and Crepes and Bakes for French fare.

From July 3 onwards, Hong Kong Palace Museum launches the ‘HKPM Showtime!’ series that will run until June 2023. Drawing on the richness of the Palace Museum’s history and the beauty of Chinese arts and culture, these weekly performing art events, running every Sunday from 3pm to 4pm, allow guests to experience music, dance, and drama performed by some of Hong Kong’s leading performing arts groups and artists.

Click this link to sign up for free, and don’t miss out on any workshops scheduled later in the future!

Those who wish to visit the museum can book their tickets online, with prices ranging from $50 to $120.

Recommended articles:
Six Hong Kong harbourfronts get a colourful makeover for the summer
Jumbo Floating Restaurant capsizes in the South China Sea
Where and what to drink in Hong Kong this summer