For a city that gets dismissed for having no history before 1848 and the beginning of British colonialism, Hong Kong has a surprising number of ruins and abandoned locations. There are numerous haunted places in Hong Kong and even entire ghost towns, despite the inflated value of real estate. With the help of HK Urbex, we investigate some of the more famous abandoned spots in the city. We can’t tell you exactly where they are for safety reasons, but if you’re on a hike, who knows what you might find...

RECOMMENDED: Though not necessarily abandoned, these unconventional places in Hong Kong are also worth exploring. 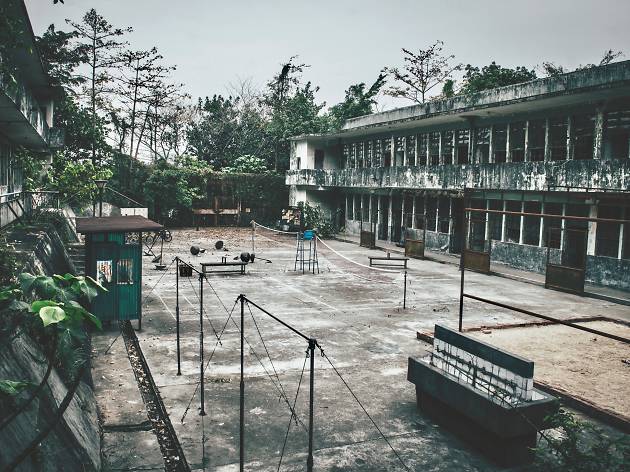 Tat Tak School was originally based in the centuries-old Yu Kiu ancestral hall in Ping Shan, Yuen Long (now a declared monument). After occupying that space between 1931 and 1961, the school then moved to its current location in 1974 and operated fuss-free for many years. When the facility closed in early 1998, however, the rumour was that the schoolmistress had committed suicide by hanging herself in the girls’ toilet while wearing a red dress, thus leaving behind a lingering red-clothed spirit – the source of many paranormal sightings over the years.

In 2001, a group of students went to explore the school but ended up hysterically and emotionally disturbed when one of the girls tried to strangle herself and bit the boy who tried to help her. The village in which the school is located also has a history of tragedy, with residents killed and buried in the area after resisting British efforts to evict them from their land. It has been said that a large number of villagers were massacred in 1941 during the Japanese occupation, with their remains buried in graves built into the hillside next to the school. Nowadays, the battered site is nothing more than a beautiful wreck of broken windows, withering chalkboards, and rooms without doors, which sits permanently guarded behind locked rusty gates. 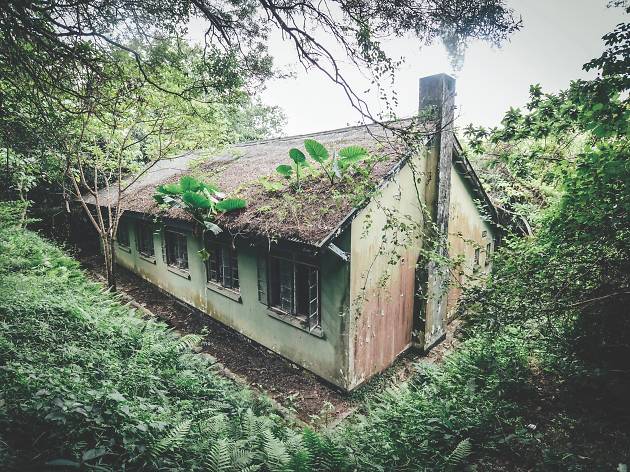 Dating back in the 50s, this quiescent cluster of structures in the northern reaches of the territory was once a busy base camp for the British army. Being close to the China border, the remote site provided them with plenty of space for drill training and was a prime spot for border patrol. There was also a strong presence of Gurkha soldiers at the camp during this time, with Nepalese soldiers having served on the front lines of almost every British Army conflict over the past 20 decades.

For this reason, the site boasts a unique, geometric Nepalese Hindu temple, which has been declared a monument. Dedicated to Shiva, the god of destruction in Hinduism, the colourfully-toned hexagonal building has five entrances, resembling a lotus flower. In the early 90s, the barracks were recommissioned for the Police Dog Unit (PDU) who assisted in guarding the border area. After the handover in 1997, the compound was ceded to the PLA who used it occasionally for noisy military exercises, much to the annoyance of nearby residents. For now, though, these uninhabited, deteriorating edifices give the area a commanding sense of place. 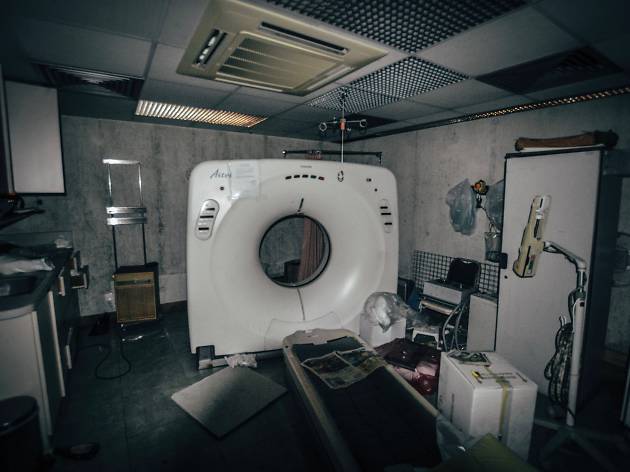 Formerly one of Hong Kong’s most affordable providers of cheap, private care, this medical facility in Central has now been left to rot after it closed down in 2012 following a rent dispute.

In 1966, the Anglican Church provided the land to set up the hospital to help doctors fleeing from the Mainland to continue their practices. For the next 46 years, the multi-floored medical facility provided low-cost health services to Hongkongers who would struggle to afford private care elsewhere. Up to 6,000 abortions were performed here per year, making it the largest provider of childbirth terminations in the city.

This all came to a melancholy end when a dispute over the tenancy broke out in 2009 to make way for an $800 million museum and gallery, which still has yet to materialise. However, the church denied suggestions that the popular abortion services were part of the motive for the redevelopment. The hospital did expose the inadequacy of pregnancy termination services and sex education in the city. The 80-bed hospital also performed outpatient procedures and surgery, and after the court ruling ordered them to shut their doors, they had to sell most of the medical equipment. What they could not flog now lies scattered across the dark vacant spaces of the building, eroding silently. 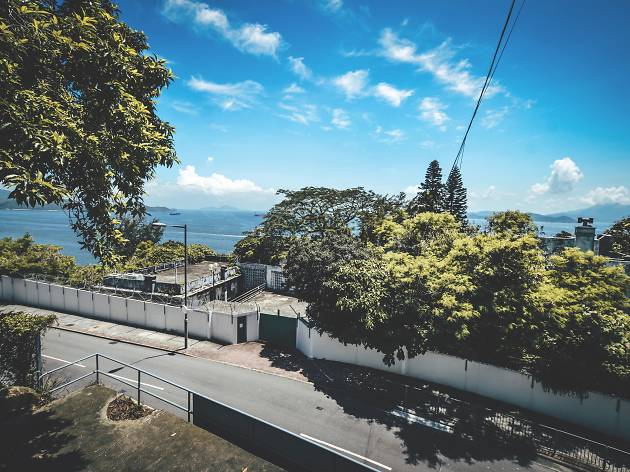 Built in the 1950s, this complex of low-storey buildings in Pok Fu Lam was reportedly a recreational club for the Royal Engineers Regiment when it first opened. But it was only a few years before the Special Branch of the Royal Police renovated the complex in order to hold Taiwanese spies caught smuggling explosives to the Mainland across the Taiwan Strait, during the height of tensions in the mid-1950s.

During the 1967 riots in Hong Kong, there were public uprisings driven by the Cultural Revolution over the border. The compound subsequently became a site where political prisoners were incarcerated and interrogated – many high-profile people with ties to the Chinese Communist Party, including film industry personalities, were detained here. During interrogation, special agents often used hardcore measures to get the detainees to spill the beans, including drugs, hypnosis, and psychological torture.

After the Tiananmen Square massacre on June 4 in 1989, it is also rumoured that democratic political refugees fleeing the Mainland were secretly smuggled and given political debriefings here. Special Branch was terminated as the handover of 1997 drew near, and the site became a popular movie location (parts of Ang Lee’s Lust, Caution as well as Wong Kar-wai’s 2046 were shot here). In 2018, The University of Chicago Francis and Rose Yuen Campus was built on the site, though a vast majority of the original architecture remains. 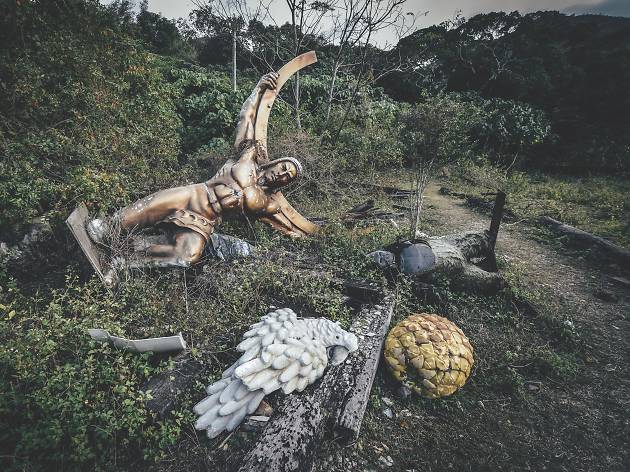 Located along the secluded bay of Tai She Wan, Club Captain Bear is easily one of Hong Kong’s most surreal locations. The bungled resort project, which opened in 2006, was the miscarried dream child of a Wan Chai bar owner. Picking a location way out in the middle of nowhere on a bay in Sai Kung, he had envisaged the place to be a secluded retreat that people would flock to on weekends to get away from the city. Like some kind of twist on The Island of Doctor Moreau, animatronic animals were bought and shipped in from the now-closed Rainforest Café in Festival Walk, and a swimming pool was built along with a bar.

With no car access and limited pathways, private boats were set up to transport guests, and the place operated momentarily. However, it was a little too far off the beaten track, and the project ultimately failed, closing only a couple of years later. The owner abandoned the premises and left it to rot and to become the apocalyptical wonderland it is today. It currently somewhat resembles a theme park from a horror movie, with festering carcasses of fibreglass animals strewn across the property amid battered buildings and broken glass. 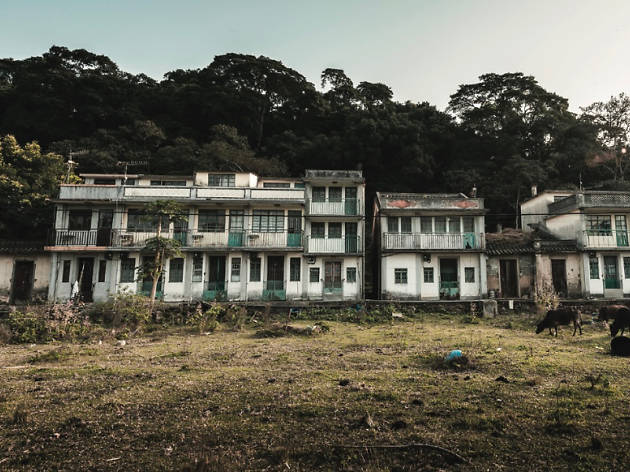 We trek to the four corners of the territory to explore various villages on the brink of complete desertion.