Advertising
‘Putting contemporary dance in this atmosphere it feels like a football match, a rock gig, a gladiator battle,’ says Simon Casson, promoter at Duckie, Vauxhall’s longstanding ‘post-homo rock disco’ and a lively, if unlikely, place to see contemporary dance on a Saturday night.

‘Boozy, raucous and queer’ is how Casson describes Duckie’s crowd – not quite the polite sit-down audience at the Southbank Centre, where Candoco dance company usually performs. But this November Candoco will be braving the gladiatorial throng as they take up residence at Duckie’s home, scruffy south London pub the RVT.
‘There is something special about putting classy dance in a space where it shouldn't be,’ says Casson. ‘Something that looks quite ordinary at The Place looks spectacular at the RVT.’ But it’s the crowd as much as the venue that makes this show feel different. ‘They’re a brilliant audience,’ says Casson, ‘but they’re not passive. They respond to everything.’ Drunken heckling is not out of the question, appreciative hollering neither.

From strippers and drag queens to outré cabaret and serious dance by the likes of Lea Anderson and Nigel Charnock, Duckie has a strong tradition of presenting performance in its 18-year history, so in some ways this is nothing new. But there is one thing that’s new this month. Candoco is a company of disabled and non-disabled dancers and one upshot of their residency is that the 150-year-old RVT has at last got a disabled loo. Wheelchair users are finally welcome without having to hold on to their bladders all night. Contemporary dance, a spirited crowd and a comfortable wee; all the ingredients of a good night out. 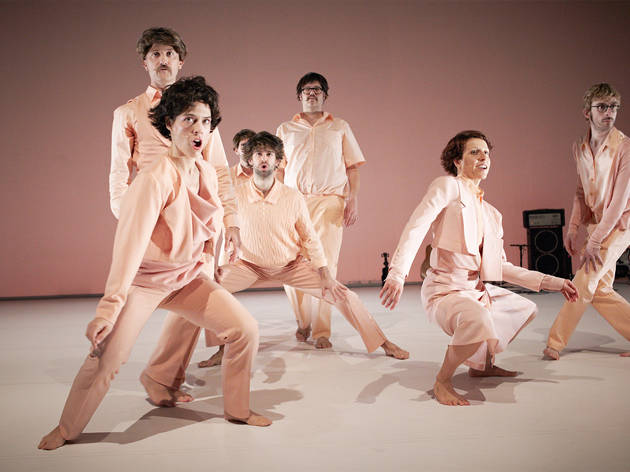 Bored of the same old, same old? Discover a provocative new season at one of London’s most forward-thinking dance spaces Seven bewigged performers dancing, singing and punk-rocking their way through the Old Testament in salmon pink suits is probably a sight you haven’t seen before. And that’s the idea. Eddie Nixon, who has programmed this piece (‘The Old Testament According to the Loose Collective’) along with the rest of the international summer season at dance centre The Place, was aiming to find something ‘very different from what’s going on in London’. The five shows in the season are all ‘unique and unusual’, says Nixon, and demonstrate artists working in ways he calls ‘provocative’. In short, they don’t look like anything else you’ll see on stage in this city. So along with the Loose Collective, an Austrian group of dancers and musicians whom Nixon describes as ‘brilliantly barking’, highlights include a Slovenian/Portuguese duo who spend their whole performance shaking and an investigation of time and mortality expressed through the medium of juggling. Out of the hundreds of works Nixon sees each year, these are the ones most likely to challenge your notions of what you expect to see in a dance theatre. The shaking piece, for example, officially titled ‘The Very Delicious Piece’ by Jasmina Krizaj and Cristina Planas Leitao, sees the pair jolting and rattling their bodies to a soundtrack of well-known songs. ‘These really emotive pop song 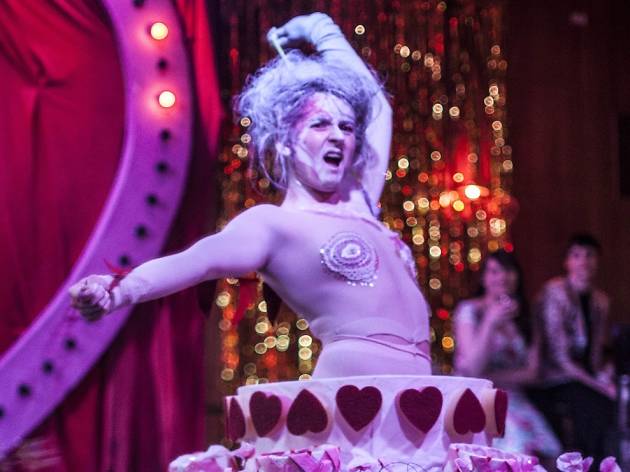 Ever find yourself thinking you should do something cultural and improving but then just end up in the same safe old pub again? We have the answer. Grab some mates, grab a drink and roll up at one of the capital’s off-the-radar dance events. Such as Greenwich Dance’s monthly cabaret. The format is simple: an eclectic mix of short dance acts, some live music and a compere to tie it all together. Perfect if you’ve got the kind of attention span that can just about deal with a BuzzFeed news story. They bring the drinks to your table while you sit down and catch the acts. This week’s event celebrates 20 years of Greenwich Dance, with appearances from Protein Dance, Gary Clarke and monster fun dance/theatre/comedy duo New Art Club. It’s not the only cabaret on the block. Six months ago, two dance graduates, Caroline Forrest and Janina Smith, set up The Friday League, at Bethnal Green Working Men’s Club, featuring dance, performance, film and animation. When Time Out last visited, the venue was packed with happy revellers, grazing on performance art and bottled lager, with the acts ranged from a charming ‘Britain’s Got Talent’-style hip hop mash-up to a piece about birth, life and death that involved a woman popping out of a giant cake and hula-hooping. Latest on the scene is not a cabaret but a show in a room above a pub in Kentish Town. Cloud Dance Sundays are a spin-off from the Cloud Dance Festival and a showcase for emerging choreographers. The 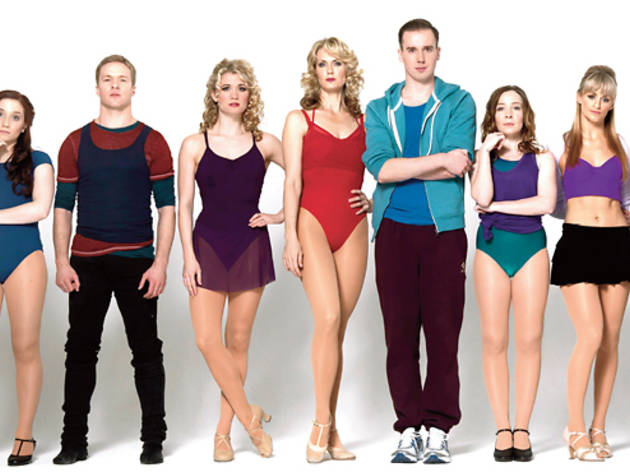 Victoria Hamilton-Barritt – 'Diane' ‘I’ve been in auditions where they pick people out and say, “Why do you wear your hair like that? Do you think you’re making the best of yourself?” It can be so brutal. I’ve done some horrendous auditions: your tights split, you realise you haven’t shaved your legs, you kick your legs in high heels and go splat on the floor. You get remembered – that was the girl who fell flat on her face.’ John Partridge – ‘Zach’ ‘When I auditioned for “EastEnders” [Partridge played Christian in the soap] I’d done about 15 auditions in a row and been told “no”. I was at that point where I thought: I’m 36, I don’t have anything to show for myself, I can’t do this any more. I went in, I read, and they were like, “He was terrible, he was the worst one, but he is the character.” You can be awful but they see something in you. I got my break.’ Leigh Zimmerman – ‘Sheila’ ‘My most memorable audition was for “The Producers” for Mel Brooks. I had heard that he was asking people to tell jokes at the end of their audition. My character was Swedish so I learnt a Swedish nursery rhyme but ended the joke with a line from one of Mel’s movies: [adopts German accent, à la Inga in ‘Young Frankenstein’], “Vot an enormous schwanzschtücker!” Mel loved it.’ Ed Currie – ‘Bobby’ ‘There were about 1,000 people at the open audition for “A Chorus Line”. We queued up for six hours in the rain. On stage it was like a cattle market. Everyone was getting w 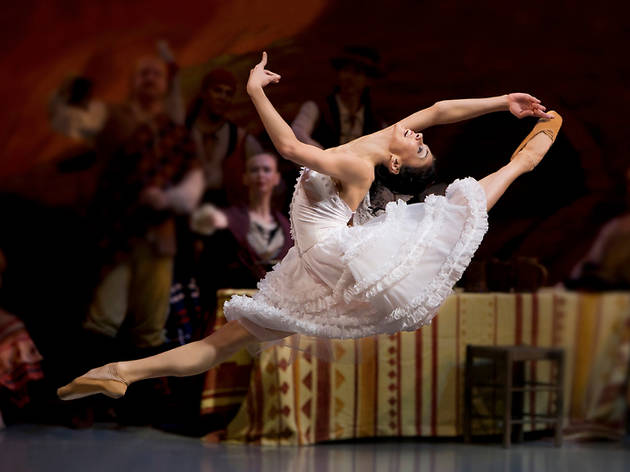 If you love to watch tightly choreographed youths doing backflips on TV, why not catch some in the flesh? Saturday nights have seen our nation swept away by the sequinned glamour of 'Strictly Come Dancing', wowed by wacky routines on 'Britain's Got Talent' and amazed by aerobatics on 'Got To Dance'. If your eyes were glued to the screen all the way then you might find you're ready to progress to real life dance performances. Here's what to book for those whose love for dance was bred in telly. More dance features Gilbert & George and Jean Abreu get 'Blood' on the dancefloor Gilbert & George’s bodily-fluid-focused artwork is about to be used on stage for the first time. We meet the instigator, Jean Abreu When Jean Abreu first encountered artists Gilbert & George, he had no idea who they were. Not long in London, the Brazilian dancer was helping out friends making a documentary about the East End artists, pinning microphones to the pair’s immaculate matching suits. But while he was clueless about the cultish duo best known for their upright appearance and scatological canvases with titles such as ‘Piss Pistols’, ‘Spunk Mooning’ and ‘Spit on Shit’, he was instantly interested in their work. A decade or so later and Abreu has now made a piece of his own work inspired by theirs. Abreu’s solo, ‘Blood’, uses works from ‘The Fundamental Pictures’, ‘Rudimentary Pictures’ and ‘New Testamental Pictures’ series – images depict 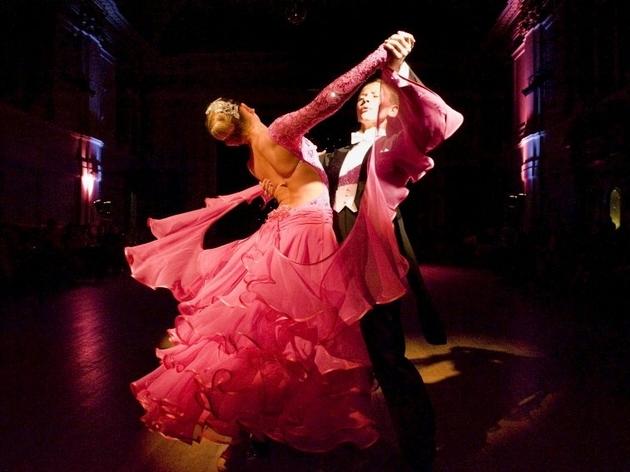