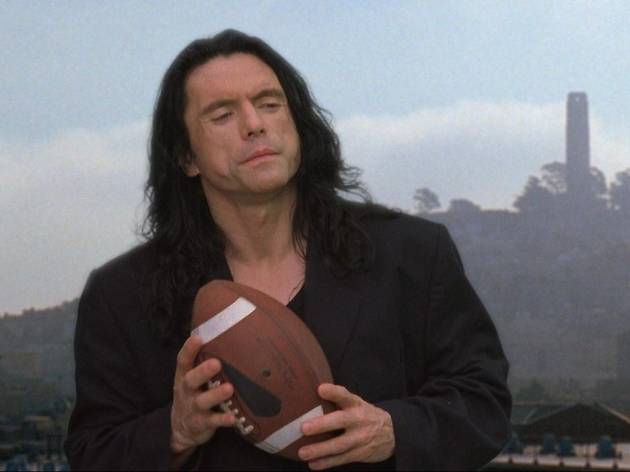 You can keep your Oscars, your Golden Globes, your worthy French films. Give us a terrible movie that we can laugh at any day.  And that's exactly what Lido Cinemas is doing, with a monthly screening of notoriously terrible movies on the first Friday of the month. Even better, the event is being hosted by Zachary Ruane, of side-splitting comedy troupe Aunty Donna.  What are these films that are so bad they're good? They include (of course) The Room, the deeply bizarre Tommy Wiseau cult classic about... well, we're not really sure, but it's fantastically terrible. Also on the bill: Batman and Robin (featuring Arnold Schwarzenegger, Uma Thurman and George Clooney's rubber nipples); Troll 2 (which was clearly meant to be called 'Goblin' but was shoehorned into becoming a sequel for a movie it has nothing to do with); Birdemic (the "CGI" – and we use the term loosely – appears to have been done on MS Paint); and Road House (starring Patrick Swayze, and even though it has 37 per cent on Rotten Tomatoes, it's clearly a mistake in this list. Patrick. Swayze.). They are a guaranteed good time (well, a good bad time, you know what we mean). We recommend you take advantage of Lido's alcohol licence and get ready for the best worst movies. 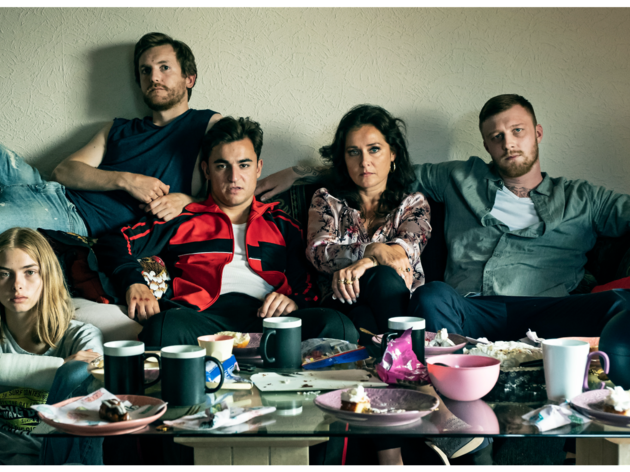 If you binged waaaaaaay too much Scandi noir from your sofa last year, then it’s time to put some proper clothes on, head out and do it on the big screen instead as the Scandinavian Film Festival returns this July. Screening at Palace Cinemas from July 8-28, the ice-cool drop of Nordic excellence kicks off with opening night movie Wildland, an Animal Kingdom-sounding treat packing all the criminal misdeeds you need. Brilliant Borgen star Sidse Babett Knudsen plays the matriarch of a mad, bad and dangerous to know family. All of a sudden she finds herself responsible for her estranged teenage niece. What could go wrong? It’s helmed by Borgen assistant director Jeanette Nordahl, taking on her first feature gig, and we are so ready. Knudsen also turns up in The Exception. Based upon the best-selling novel by Christian Jungersen, it’s a taut psychological thriller set in an NGO that focuses on support work around incidences of genocide. When a death threat appears, the works at first suspect a Serbian war criminal they recently exposed. But, pretty soon, they turn on one another. He’s about to appear in the year’s biggest sci-fi epic Dune, but while you wait for that delayed blockbuster to finally appear, you can catch Stellan Skarsgård in Hope, a deeply heartfelt drama about a non-conforming family facing down illness. Christian Hillborg, who showed up in season two of Fleabag and the first run of The Bridge, appears in both 40-something comedy Games People Play and stars opposi 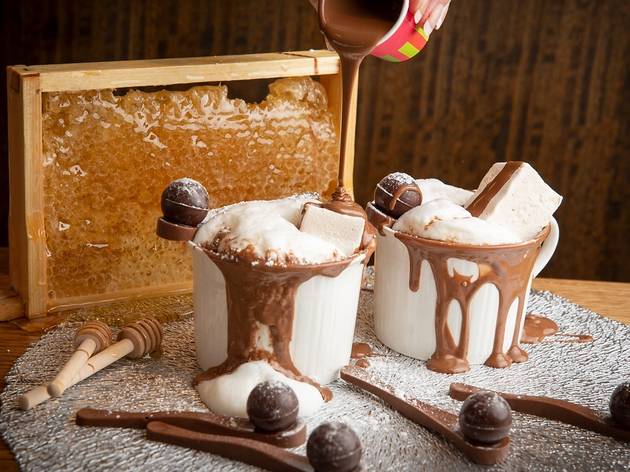 The Great Ocean Road, Yarra Valley and Mornington Peninsula Chocolateries are famous for their month-long festival dedicated to hot chocolate in all its delicious forms, and this year is no different. Victoria's Hot Chocolate Festival is back for 2021 in both an at-home and (fingers-crossed) in-venue format.  You may recall that during 2020 the festival was conducted remotely by sending out DIY hot choccie kits in all the festival's whacky flavours. You'll still be able to get hot chocolate kits delivered in 2021, but (restrictions permitting) you'll also be able to return to the three chocolateries to enjoy the festival in person. There are 31 hot chocolate flavours available as part of the festival, with eight new flavours released each week during August. Each hot choc is created using a couverture chocolate base, which has artisanal ingredients added to it, before being finished with a giant, handcrafted marshmallow. Flavour highlights from this year's line-up include the Tim Tam Caramel Bomb, Devonshire Cronut and Binge Night (which comes complete with mini marshmallow magnums and caramelised popcorn).  For the adults there are boozy hot chocs (such as the Snickertini and Bushwhacker Cocktail flavours), while kids can get around cute novelty varities like the Finding Nemo, Lady Bug and Minion Madness. Post-lockdown, each one of the three chocolaterie locations is also planning to run hot chocolate tasting sessions where you can taste eight different hot chocs before taki 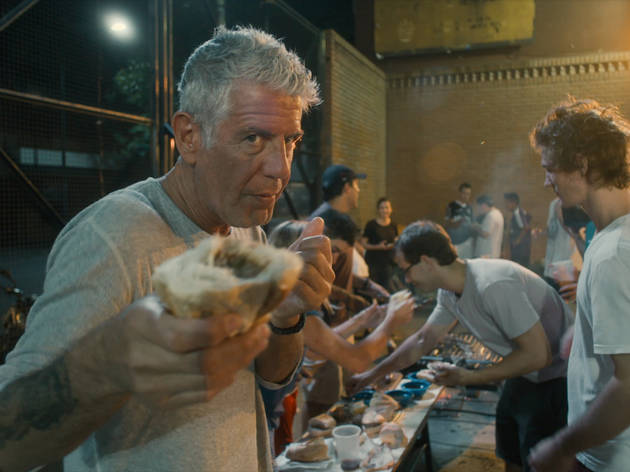 Put August 5-22 in your calendar and double underline it because the Melbourne International Film Festival is back. The annual festival, which is a huge celebration of independent cinema, is returning after its 2020 festival (dubbed MIFF 68 ½) was transformed into an online event during the city’s second lockdown. Now, for 2021, the festival is hoping to return to Melbourne’s cinemas – but also our homes.  MIFF kicks off on August 5 with its first-ever Opening Night film from a female Indigenous director. The highly anticipated The Drover’s Wife: The Legend of Molly Johnson, directed by Leah Purcell, is the third part in a multi-format trilogy based on Henry Lawson’s 1892 short story. The trilogy began with Purcell’s award-winning play and her subsequent novel, The Drover’s Wife, which is a full-throttle reckoning of the country’s colonial past.  The remainder of the film line-up spans a number of world-premiere Australian films, international award winners and some special events. The full program announcement is on July 13, but here are some to look out for.  Straight from the Cannes Film Festival is drama Nitram, directed by Justin Kurzel (Snowtown) and starring Caleb Landry Jones (Get Out, Three Billboards Outside Ebbing, Missouri) and focusing on the devastating 1996 Port Arthur massacre in Tasmania.  A documentary about notoriously shy Melbourne musician Courtney Barnett will also make a debut at the festival. Anonymous Club (the name taken from a single from Barnett’s 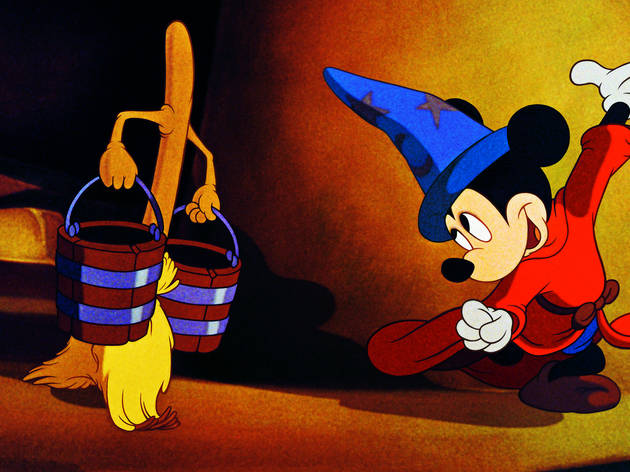 In a world of Frozens and Moanas, it’s easy to forget about some of Walt Disney’s earliest feature films. In 1940, Disney undertook his biggest creative venture at the time with Fantasia, a film that merged together his passions for animation and classical music. Fast forward to 2021 and Disney’s musical masterpiece will be given new life when the Melbourne Symphony Orchestra performs the score live in concert. Fantasia in Concert features the music from Fantasia played live by the MSO as the animated film plays on the big screen.  Fantasia was only the third feature film to be made by Disney and was groundbreaking for its use of stereophonic sound (multidirectional sound that was still a new medium in 1940). The film consists of eight works of classical music played against eight short films that perfectly illustrate the compositions. Standout scenes include the dancing mushrooms set against Tchaikovsky’s Nutcracker Suite; the deeply terrifying demon from Mussorgsky’s Night on Bald Mountain; and of course the famous image of Mickey Mouse dressed as a wizard for Dukas’ The Sorcerer’s Apprentice.  The original film features the Philadelphia Orchestra performing all works – here in Melbourne you’ll, of course, be hearing the songs performed by the MSO. Fantasia in Concert is showing in Melbourne August 27 and 28. 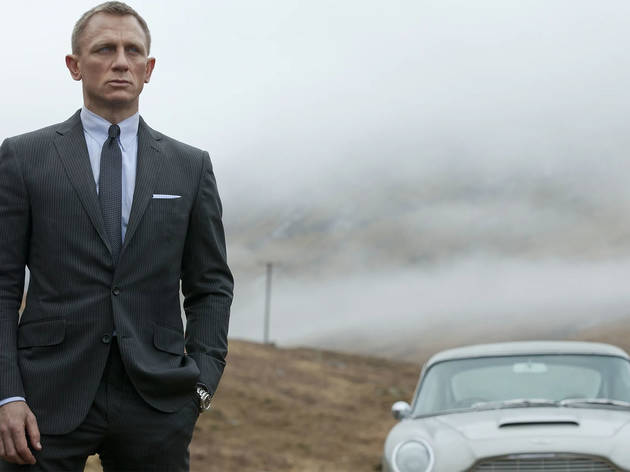 Yep, they're doing the Adele one.  The British diva's soul-stirring, Academy Award-winning theme tune is probably the first thing you remember about Skyfall, the 23rd James Bond film, and for good reason. It harks back to the golden era of Bond, when Shirley Bassey was belting about men who love gold and reminding us that diamonds are forever. Plus, there's Adele's caramel-hued voice and a lush orchestral arrangement. While Adele won't be joining the Melbourne Symphony Orchestra for this in-concert screening of the film, the orchestra will perform the number live to her recorded vocals. But that's just the tip of the iceberg when it comes to the 2012 film, which was directed by Sam Mendes and is widely acknowledged as one of Bond's finest moments. It's a gripping espionage-adventure film with Daniel Craig in fine form and stellar supporting performances by Judi Dench and Ben Whishaw. And there's also one of Bond's most formidable opponents yet: a former agent turned cyberterrorist Raoul Silva, played by Javier Bardem. All the action is set to Thomas Newman's score, which made Skyfall one of only two Bond movies nominated for Best Original Score at the Academy Awards. 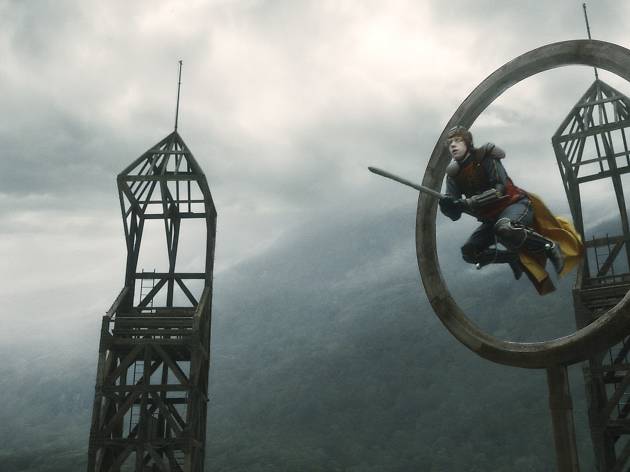 What could possibly improve on the grandeur of the Harry Potter film series? Seeing it on a huge screen with the magnificent Melbourne Symphony Orchestra performing the score live. The Harry Potter Film Concert Series is a global concert tour celebrating the boy wizard films all over the world, and this time they're screening Harry Potter and the Half-Blood Prince. This is the most action-packed of the series, with Harry scoring a second-hand copy of a potions textbook that is more sinister than it first seems. Dumbledore lets Harry into his Pensieve world to find out more about Tom Riddle's early life and fall from grace. Ron Weasley finally makes the Quidditch team. And the climactic battle scene has more than a few surprises – and maybe some tears.  The score was written by Nicholas Hooper, who also scored Harry Potter and the Order of the Phoenix. The Melbourne Symphony Orchestra is bringing the sweeping score to life live on stage, so you can watch Harry's adventures and a live orchestra at the same time.  If previous iterations of this popular series are anything to go by, tickets will sell out – so get ready to put your galleons down.

Watch a film in the great outdoors 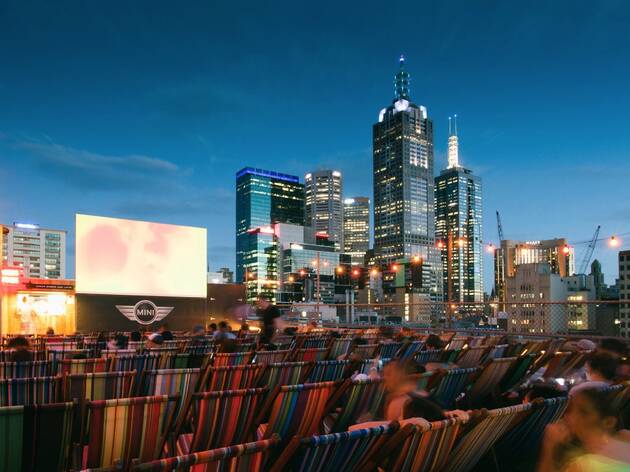