Restaurants, Cafés Abbotsford
3 out of 5 stars 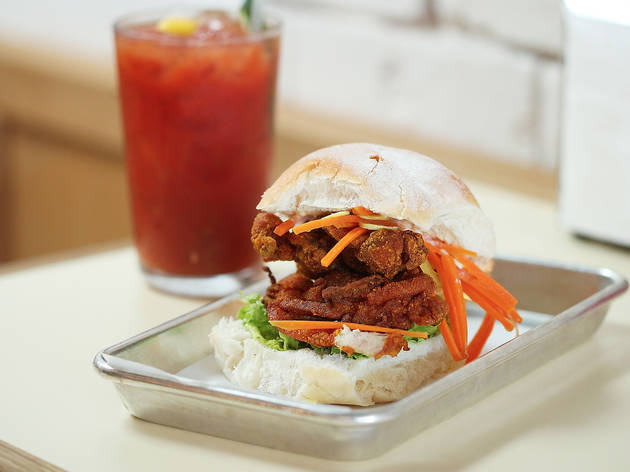 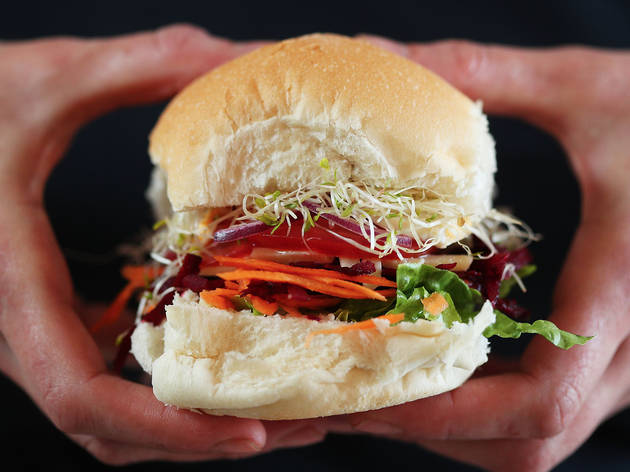 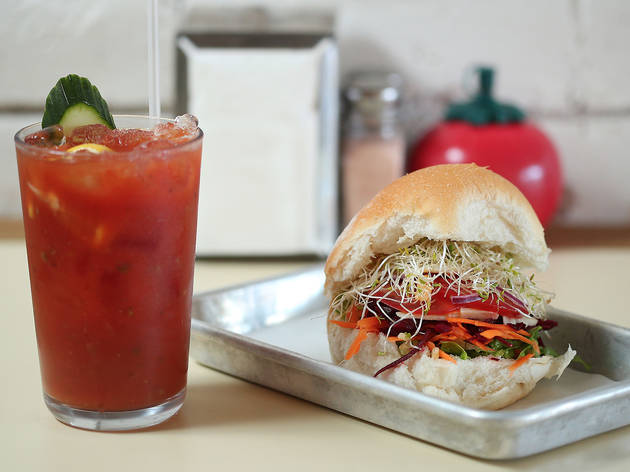 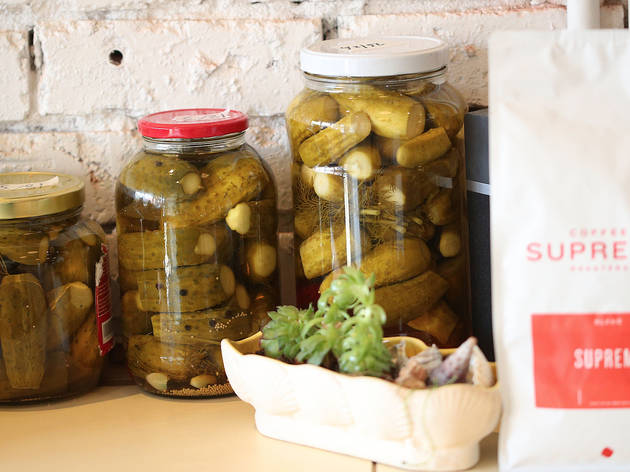 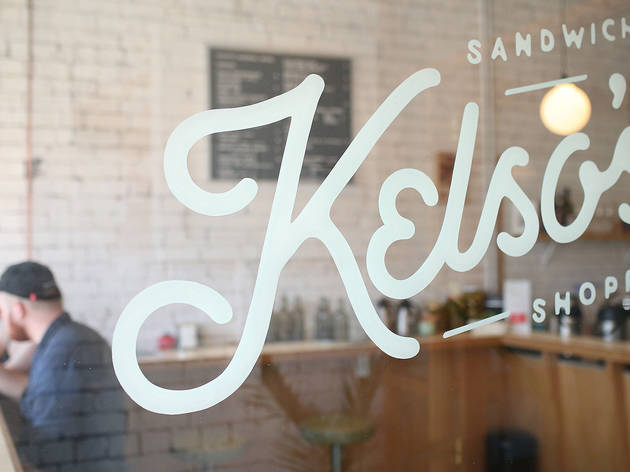 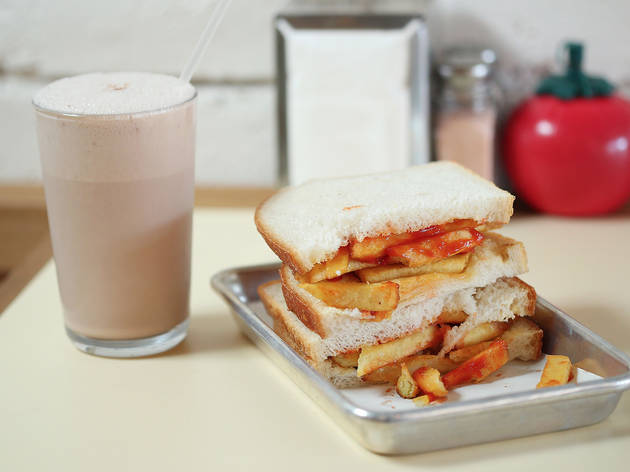 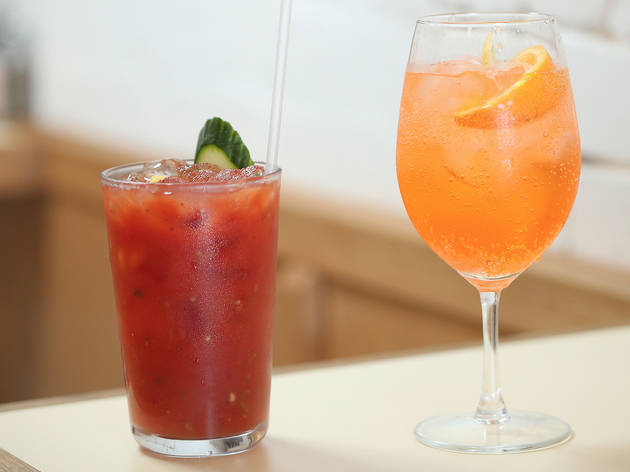 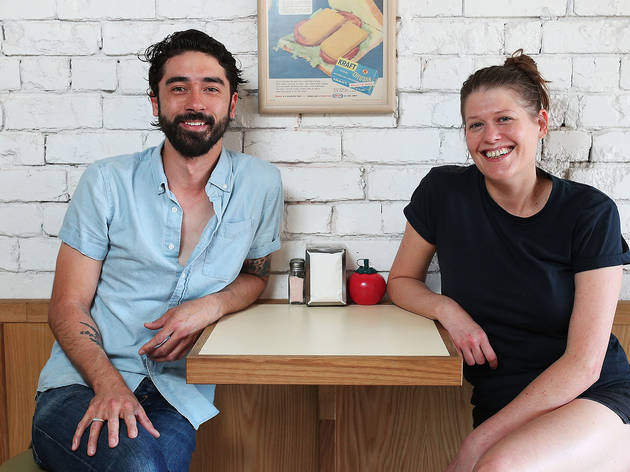 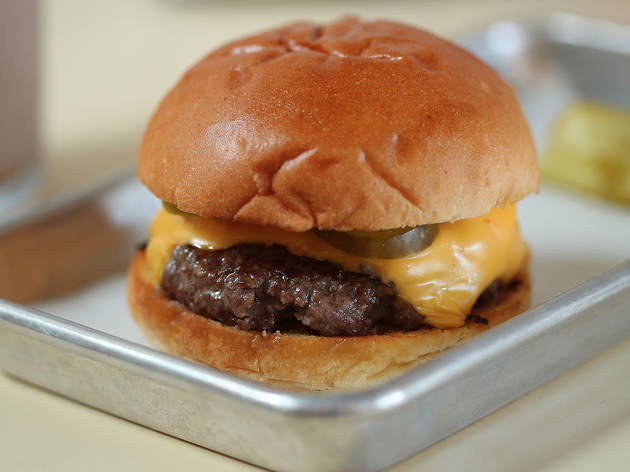 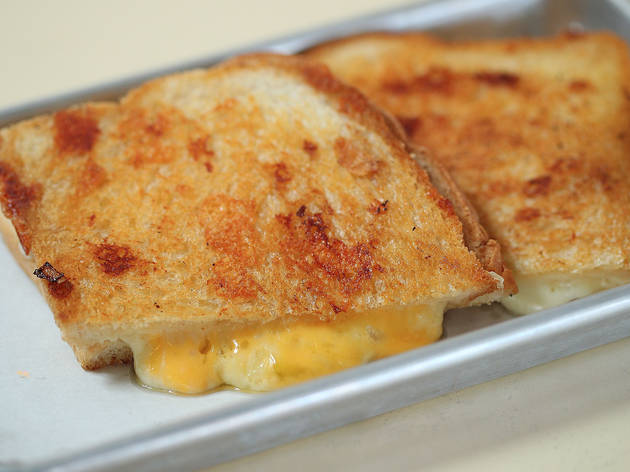 For caffeine fiends who grew up on a steady diet of Seinfeld, the bottomless cups of coffee poured in American diners seemed like the Holy Grail of refreshments. Now, those bean dreams have been answered by Kelso’s Sandwich Shoppe in Abbotsford, where you can sit on your ceramic mug of filter brew from 10.30am until late.

An endless stream of the rich, chocolate-accented Coffee Supreme house blend is just one reason to visit this casual eatery. Jon Farrell and Brendan Kennedy, of low-key Abbotsford boozer Lulie St Tavern, have teamed up with namesake Kitty Kelso, who worked with the lads at Curtin House, to fill the void for affordable eats on this stretch of Johnston Street.

Together, they’ve taken the old-school delights of a neighbourhood sandwich shop and given it a very Melbourne update with sun-drenched interiors, white-washed walls, padded stools, pot plants and shelves lined with jars of Kitty’s housemade pickles.

The midday glare does little to deter Kelso’s hungover neighbours, who slope in for restorative carbohydrates, Bloody Marys and those bottomless brews. Salvation comes in many forms at Kelso’s, but the king amongst many is the grilled cheese toastie, a five-cheese behemoth combining mozzarella, cheddar, tasty, gruyere and parmesan butter. Go ahead and pimp up that sanga with bacon, ham or pastrami, plus house pickles and jalapenos, or perhaps a swipe of Vegemite.

Another surefire hangover-buster is the butty: pillowy white bread sandwiching hot chips and White Crow tomato sauce. In fact, those crunchy, well-seasoned chips are a must for any Kelso’s mission. Order them on the side of your juicy cheeseburger, made using organic, free-range beef from Bertie’s Butcher in Richmond, or the grease-free fried chicken version with tangy escabeche pickles on a floury bap bun.

Seeking something a tad more salubrious? School canteen classics include the tuckshop salad sandwich of grated carrot, alfalfa, tasty cheese, lettuce, tomato and pickled egg, or a nostalgic ham and mustard on rye.

We're betting your school tuckshop didn’t have such a strong drinks game. The trio’s time spent mixing in some of Melbourne’s best bars (The Toff in Town and Rooftop Bar) has resulted in a short, well-considered list of Brunswick Bitter and Sample IPA beers, Aperol Spritzes, Tabasco-charged Bloody Marys, and gin and tonics made with Four Pillars and Fever Tree. Abstaining? Order a frothy Milo milkshake or step up to the kitchen counter for another mug of single origin to squeeze every last drop out of that $3.50 outlay.