The Metropolitan Opera, which has canceled the rest of its live 2019-2020 season, is continuing to sustain opera fans with a sixth slate of its tremendously popular Live in HD series of free streamed performances every night this week. The lineup for April 20 through April 26 includes classics by Verdi, Puccini, Rossini, Offenbach, Lehár and Strauss. (Click here to see the Met's schedule for October 12 through October 18.)

The streams go live each night on the Met's website at 7:30pm EDT (; you can also watch them on multiple devices through the Met Opera on Demand app. Each production stays viewable until 6:30pm EDT the following day. The full schedule is below.

This week's offerings range from Richard Strauss's stark and intense Elektra, starring Nina Stemme, to an English-language version of Franz Lehár's frothy operetta The Merry Widow, starring the beloved American soprano Renée Fleming opposite Nathan Gunn and Broadway's Kelli O'Hara. To decide which of the operas you might enjoy most, check out the Met's helpful quickie guide; for a deeper dive into individual works, visit the Met's full page of articles and podcasts.

For the second time, Friday's opera has been selected by home viewers: Verdi's La Traviata, starring French soprano Natalie Dessay in a 2012 production—just a year before she retired from the opera stage. To have a say in future Viewers’ Choice programming, visit the Met’s Facebook or Instagram page on Friday night for a link to the ballot. (The voting stays open through Sunday night.)

On Saturday, in lieu of an opera at night, the Met is streaming a three-hour matinee At-Home Gala starting at 1pm EDT. The event will feature dozens of Met artists performing from their homes around the world, including Renée Fleming, Anna Netrebko, Jonas Kaufmann, Elīna Garanča, René Pape, Diana Damrau, Bryn Terfel, Angel Blue and music director Yannick Nézet-Séguin.

Saturday, April 25 (at 1pm): At-Home Gala
More than 40 leading artists perform in a live stream from their homes around the world. 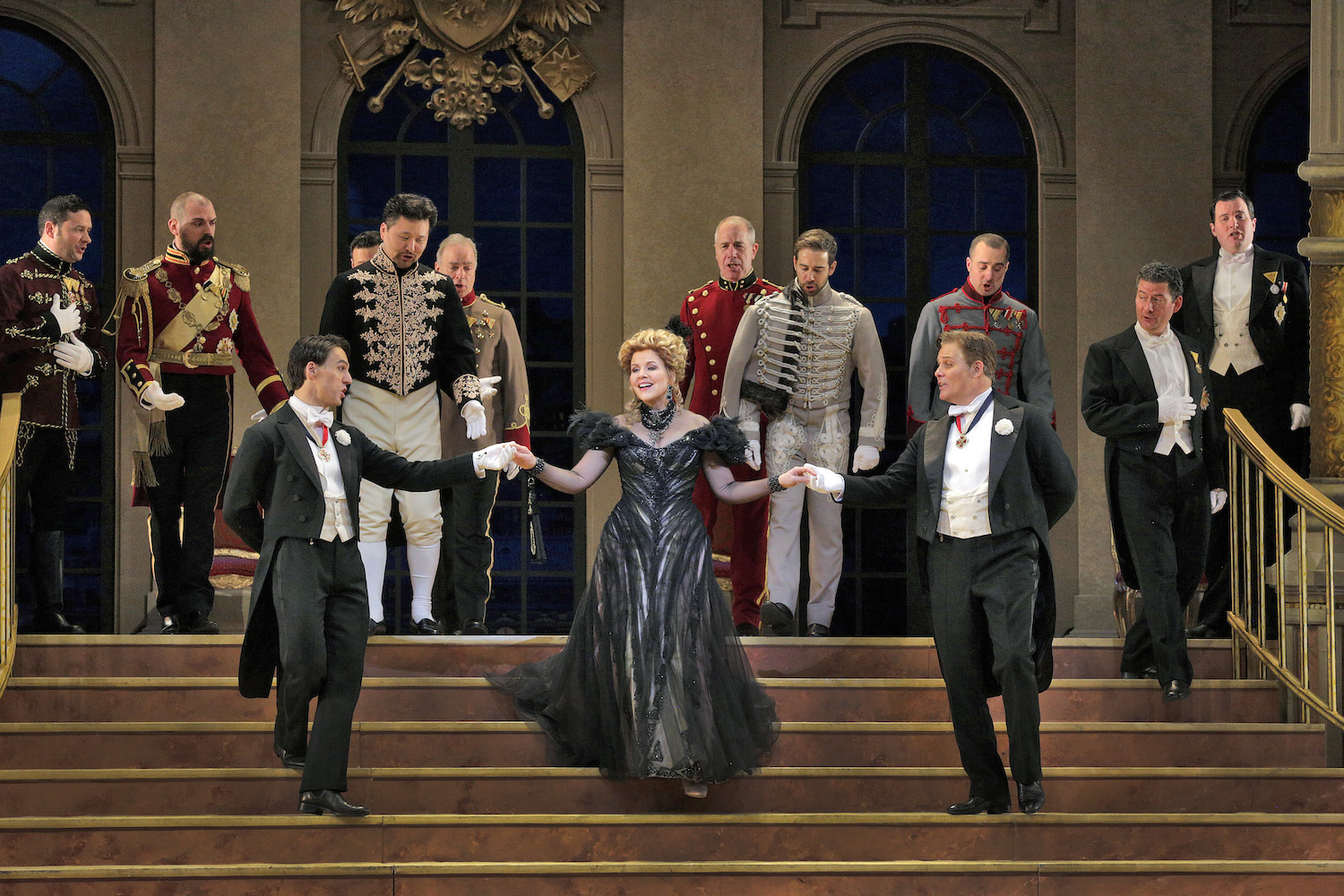 Most popular on Time Out
- Watch New Yorkers across the city lovingly belt out “New York, New York” from their windows
- 10 incredible photos of last night’s rainbow over New York City
- PBS is now streaming plays from its great performances series for free
- This drone-shot video provides a breathtaking aerial view of an empty NYC
- Updated: The best musicals now on BroadwayHD