A trek to check out the best things to do in Inwood, NY, is like stepping back into Manhattan’s history while keeping your footing in the present. This neighborhood on the northern tip of the island has been getting new options for the best Manhattan restaurants and attention for reasonable real estate costs. Sure, Chelsea and the Lower East Side get all the attention now, but Inwood have been drawing occupants even before our nation started. Native Americans relied upon its borders between the Hudson and Harlem rivers; later on, the 19th-century elite built country houses in the area. Plus Inwood’s got the oldest remaining farmhouse in Manhattan: Dyckman Farmhouse Museum. Nowadays, green spaces are still plentiful and so are your options for going out. Hop on the A or 1 trains to make your way uptown.

Things to do in Inwood, NY 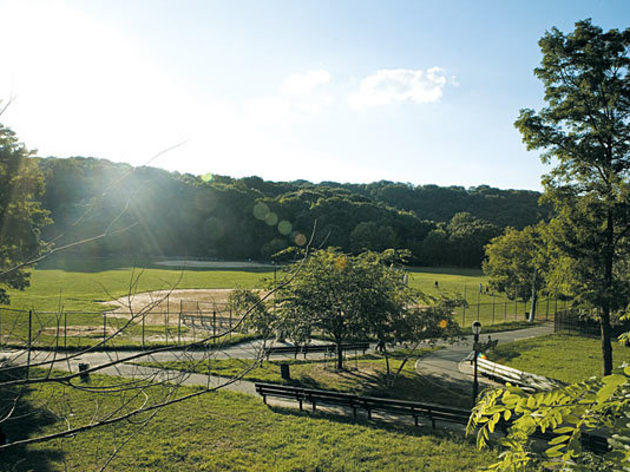 An example of really old-school New York, this urban park’s topography remains untouched by modern development, home to the last natural forest and salt marsh in Manhattan. In the 17th century, the Lenape occupied this area, with evidence of an encampment found along the park’s eastern edge. Colonists settled here too, and subsequently British forces, Hessians and American forces faced off. Later, in the 1800s, charitable institutions and country homes occupied this parkland, with one house belonging to co-owner of Macy’s Isidor Straus. Nowadays, you can trek along the Hudson River Bike Trail and various hiking routes or spend time at playgrounds, athletic fields or a green space called Muscota Marsh. 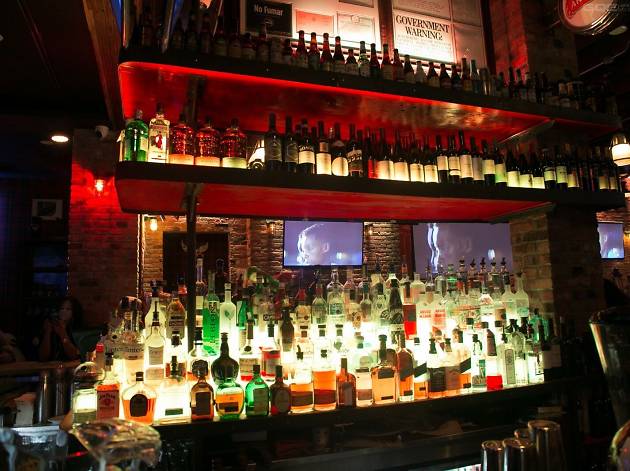 At this Inwood venue, find a sports bar, patio area and private hall all in a single place. With over 50 viewing screens and live sound, gather to watch national and international sporting events. Post-game or on weekends, music takes over the night with a DJ and other performers. As for the menu selections, consider the grilled octopus, though there are also plenty of options of seafood, chicken, steak and ribs. Weekday happy hour specials get noted for being well priced, so go for the Inwood Mule or a frozen margarita. 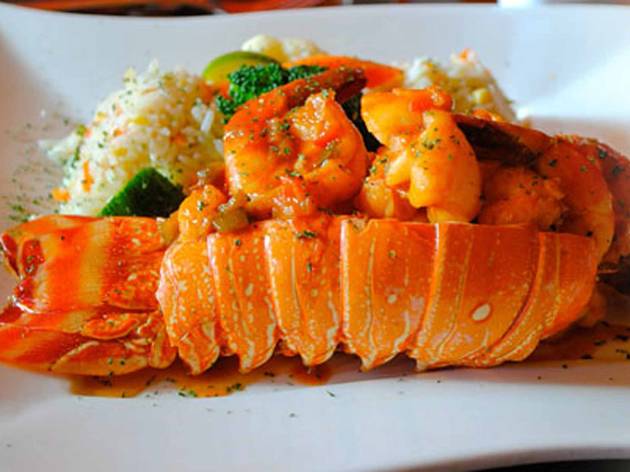 At this Mexican restaurant, bar and grill, the house specialty is the churrasco (a tender 10-ounce grilled skirt steak) that can be paired with a sauce of your choosing—perhaps chimichurri or red wine—plus a side selection like maduros, rice or yucca. Along with traditional dishes, lunch and dinner menus incorporate a good selection of seafood and steak such as filet mignon and red snapper. Further mixing up the offerings are weekly specials, including a two-for-one happy hour on Mondays, a surf and turf pairing on Wednesday nights and ladies’ night on Thursdays. 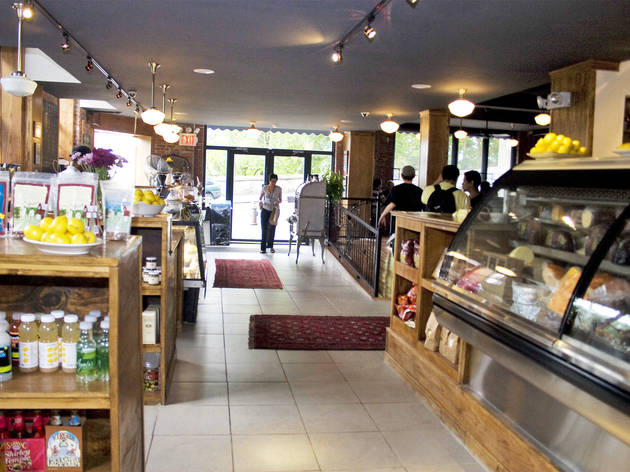 This rustic American café is part coffee shop part cocktail bar, and overall it’s a farm-to-table establishment designed to give off the feeling of having left the city to dine upstate. The breakfast, brunch, lunch and dinner menus consistently rotate, but steady offerings include lobster mac and cheese and the 90-day New York Strip that’s prepared in conjunction with Inwood’s Broadyke Meat Market. As for drinks, try the oak-barrel aged negroni or spicy Midwestern-style Bloody Mary paired with a shot of Genesee Cream Ale. Monthly events include an Inwood history night on the first Tuesday, a Drag Bingo night on the last Thursday and a pub quiz night every Wednesday. 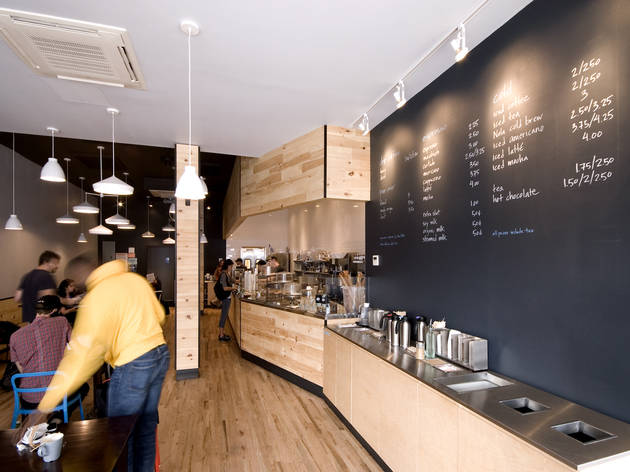 Owned by an Inwood couple, this coffee shop is the neighborhood spot to chat or get some work done over caffeine, with designated spaces for computer usage and others marked as technically off-limits (promoting a weekend unplugging). The café works with New York–based Plowshares Coffee Roasters to provide espressos and coffee drinks but directly preps its good eats with house-made pastries and sweet treats ranging from a lemon bundt cake to salted vegan double chocolate cookies. If you prefer something that’s more savory or filling, the menu also extends to hearty salads, sandwiches and soups. 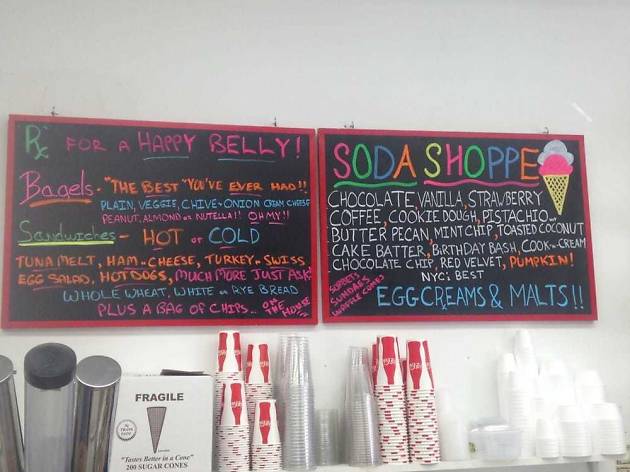 Even as drugstore chain giants have marked their territories throughout Manhattan, this well-respected neighborhood pharmacy continues to maintain a great community patronage. Yet if this mom-and-pop shop seems too far uptown to trek to for filling a prescription, go for some over-the-counter “remedies” at its retro lunch counter and ice cream parlor. Get a wrap, bagel, ice cream cone or milkshake, then perhaps do a little shopping, but be sure to say hi to Manny Ramirez, the pharmacist and paternal figure. 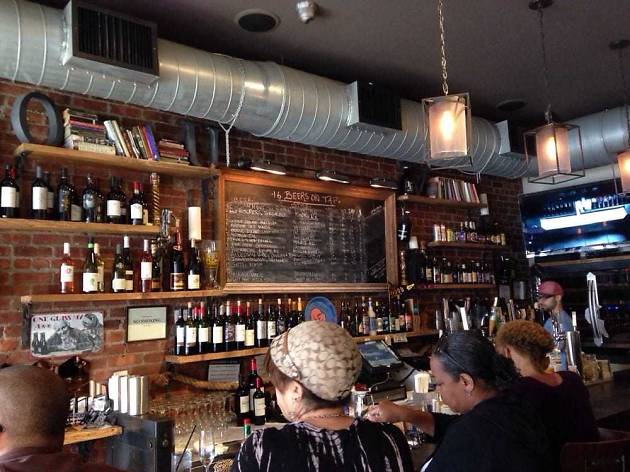 As a neighborhood hangout spot, this wine bar and restaurant gets touted for its garden patio and extensive list of wine varietals. However, beer connoisseurs have their place here as well, with a prime list of selections incorporating 50 various craft beers and microbrews and 16 rotating suds on tap (the latter includes a house pilsner). Weekday happy hours feature various specials on draft, and Saturday and Sunday brunches also bring in the locals. As for menus, consider the 8 oz chargrilled Kobe beef burger on a brioche bun or a similarly cooked lamb burger on a whole wheat pita paired with raisin couscous and a side of tzatziki. 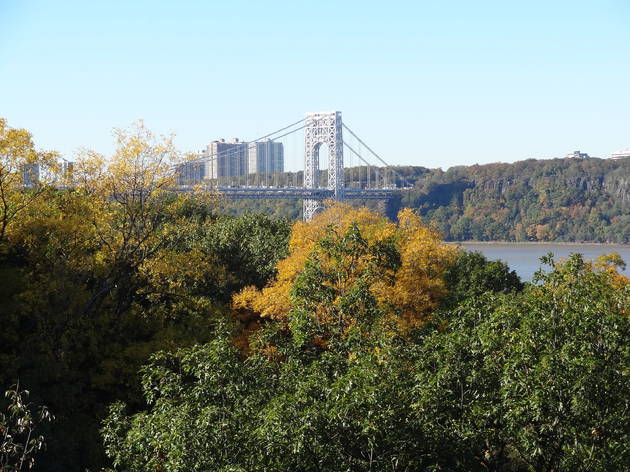 Sharing its location with Hudson Heights, Fort Tryon Park owes its existence to John D. Rockefeller Jr. In 1917, the philanthropist started buying up private parcels of land and enlisted an architectural firm led by the sons of Frederick Law Olmsted to create this park a decade later. It’s also home to The Cloisters, a branch of the Metropolitan Museum of Art with more than 2,000 medieval European art and architecture and elements from various courtyards from that time period. Additionally, you can find playgrounds named after Anne Loftus, a major Inwood figure, and Jacob Javits; the botanically-diverse Heather Garden; and Margaret Corbin Circle, honoring this Revolutionary War woman who manned her fallen husband’s cannon during a 1776 battle at what’s now the park.

Looking for some free things to do? 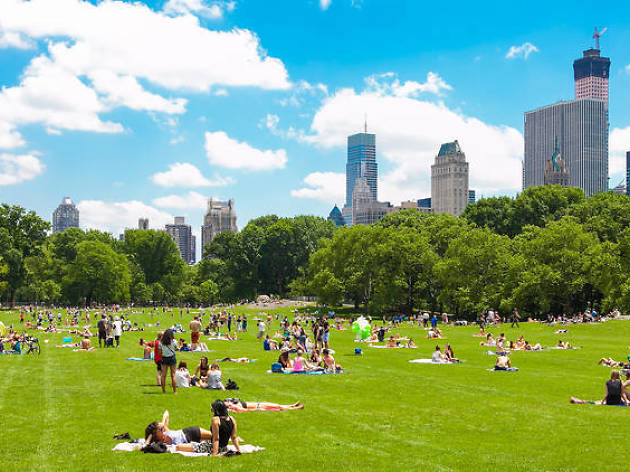 We’ve got the best free events, shows, parties and hundreds of other things to do in town right here—no money down