Our guide to Chelsea, NYC includes the best places to eat, drink, shop and things to do in the neighborhood

What's the deal with Chelsea?

For more than 130 years, Chelsea has been New York City's arts district attracting culture hounds from all over the globe. It started with the opening of the famous Chelsea Hotel that was meant to bridge class divisions and to "value the arts" and is now home to hundreds of art galleries that showcase the most iconic and innovative works in the world.

The neighborhood, which is bound by Sixth Avenue to the east and the Hudson River to the west and about 20 blocks from about West 14th to 34th streets, has only recently become a renowned cultural hub. It started as a Native American trading post, then it became an industrial hub with the Hudson River Railroad, and with the eventual abandonment of warehouses and lumberyards, it became a hotspot for punk music and art and would welcome the LGBTQ community, too. In recent years, its seen major architectural development and an influx of some of NYC's coolest cultural venues and restaurants.

From great speakeasy bars and dives to flea markets and worthwhile gay bars, there's something for everyone, not just art fans. The completion of the High Line and the addition of Little Island have brought verdant, elevated promenades with great views of the neighborhood—a mix of industrial landmarks and gleaming new structures—which are just a few minutes' walk from the eateries and shops of the beloved Chelsea Market.

Walk the High Line (because if you haven't had you really been to Chelsea?) and stop at the Chelsea Flea Market (open weekends) to peruse its knick-knacks and snag some good deals on vintage duds.

Dare to get high at the Trapeze School at Hudson River Park, check out Artechouse's trippy digital art show underneath Chelsea Market or get drinks at Coby Club under Elmo.

Go visit the brand new Little Island where you can grab a coffee and walk its gently sloping hills and ride a CitiBike through Hudson River Park and stop at Pier 52 to see the permanent water-bound art installation called "Day's End."

Catch a show at the new City Winery at Pier 57, eat your way through Chelsea Market, shop the Housing Works Thrift Store and grab drinks at Porchlight.

Head to the Whitney or Rubin Museums or if you want to avoid the museums, see a show at The Shed at Hudson Yards or to some of Chelsea's best art galleries like the newly reopened Dia Chelsea or the popular David Zwirner gallery.

Check out the Starbucks Reserve Roastery which has a 60-foot bar on the mezzanine, where bartenders serve cocktails made with coffee and tea or grab drinks at Boxers NYC or Gallow Green, the rooftop bar of The McKittrick Hotel.

Take the 1, E or F train to the 23rd Street stop and walk to Ninth Avenue.

Hell's Kitchen is to the north and Greenwich Village is to the south—both neighborhoods have some of NYC's best restaurants and ample fun things to do.

Things to do in Chelsea, New York 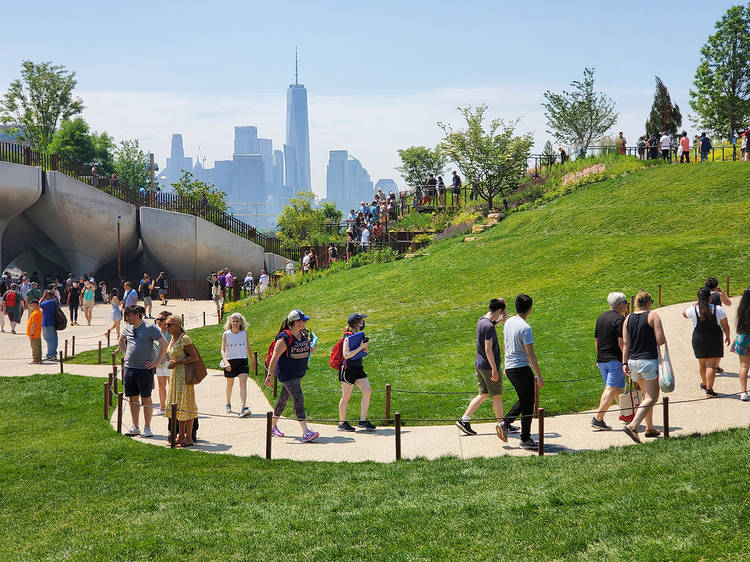 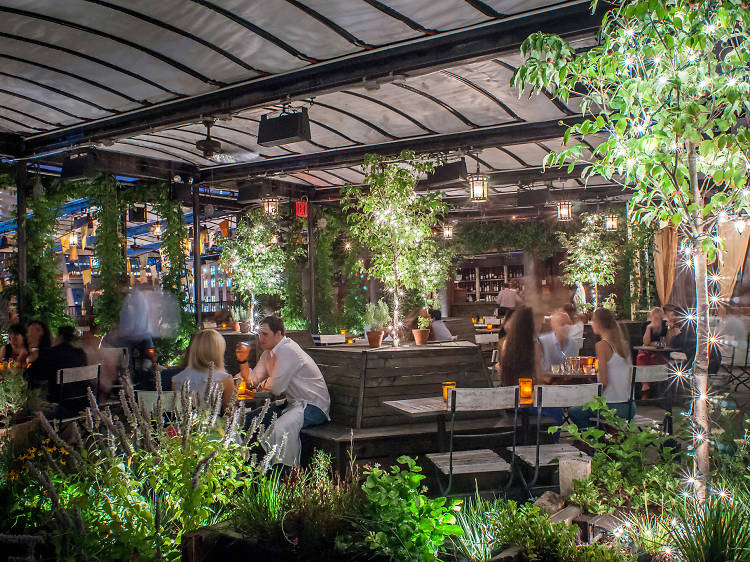 Chelsea has many excellent places to eat and drink whether you're strolling the High Line or checking out its art galleries. 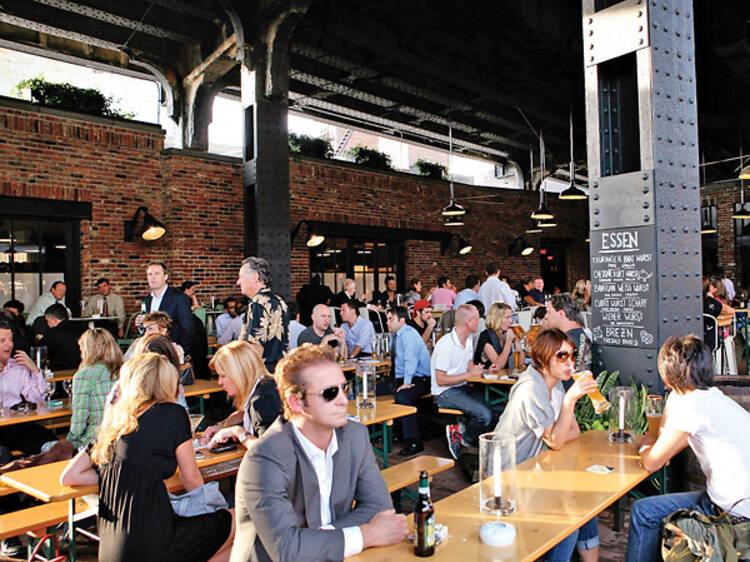 Eating and drinking options abound from the Whitney Museum of American Art up to Husdon Yards. 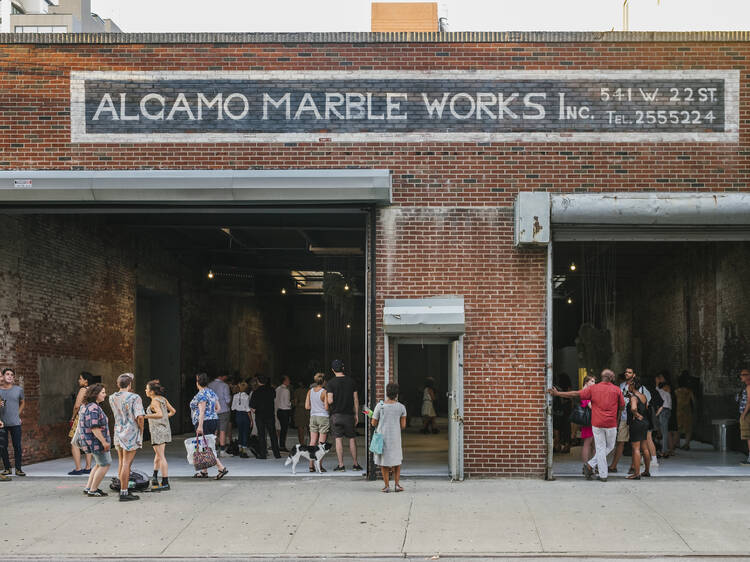 As one of the major art hubs in New York City, Chelsea's gallery scene certainly takes the cake for the best place to check out art. 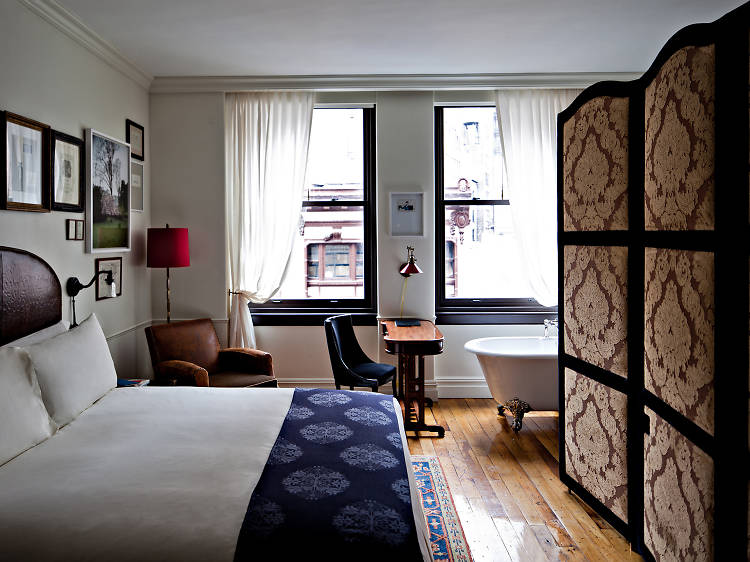 Put yourself right in the action of several hot New York ‘hoods when you stay at the best hotels in Chelsea, NYC 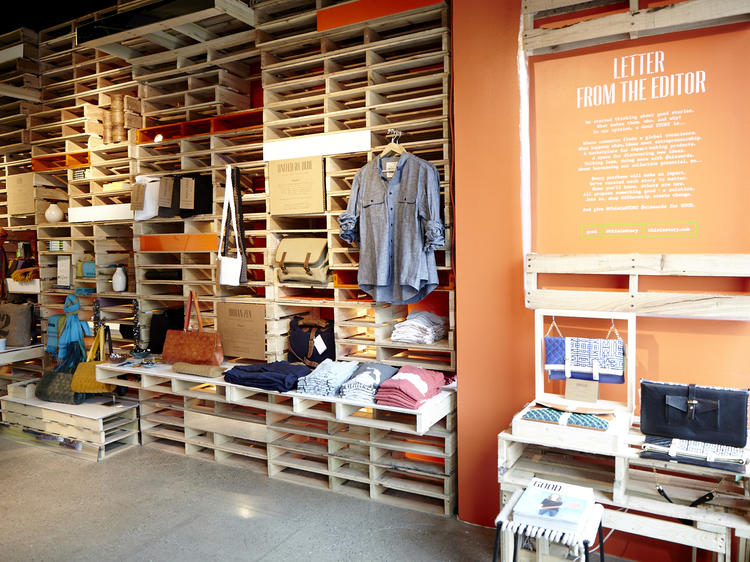 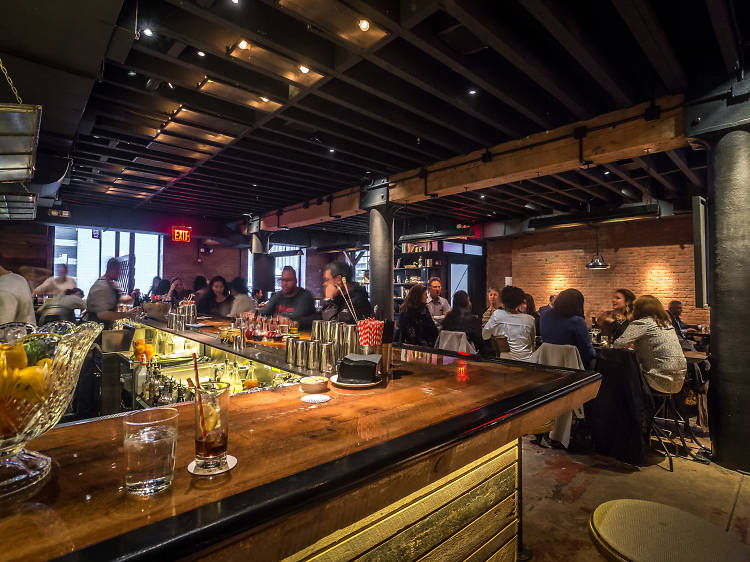 Whatever your poison of choice, Chelsea is brimming with quality drinking options 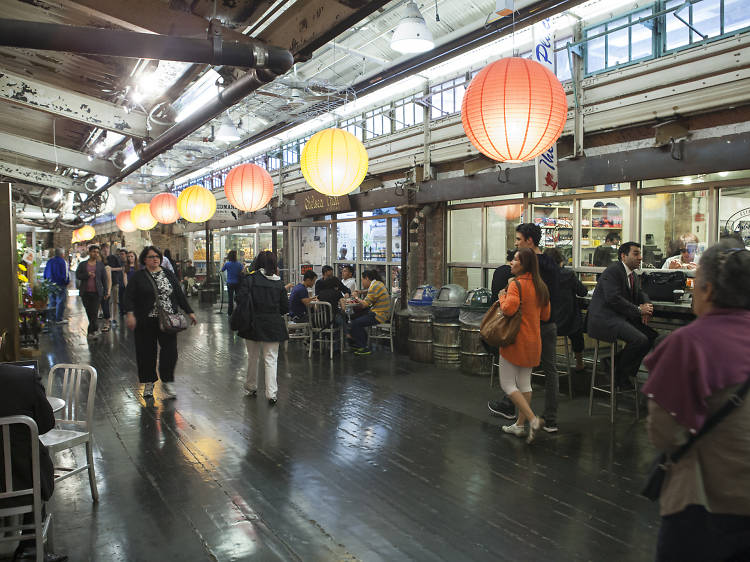 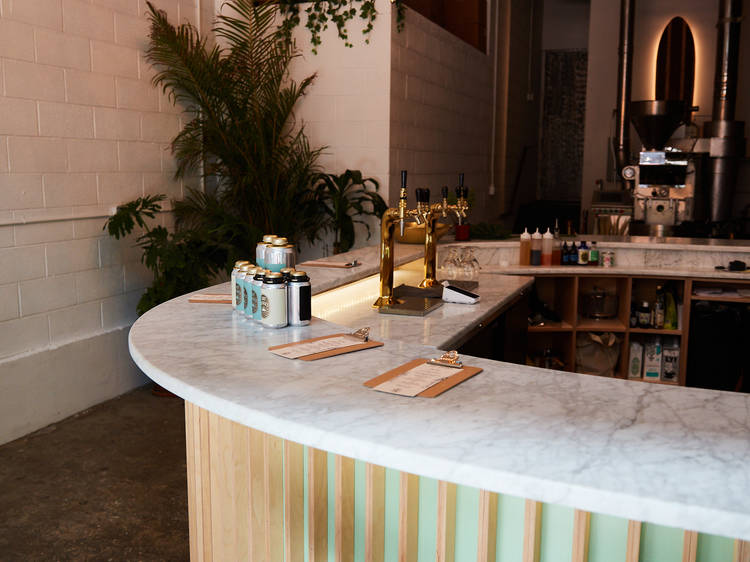 Real New Yorkers are on the constant search for cool places to drink coffee — and a new Chelsea Market spot delivers. Day Drinks, a coffee and tea bar... 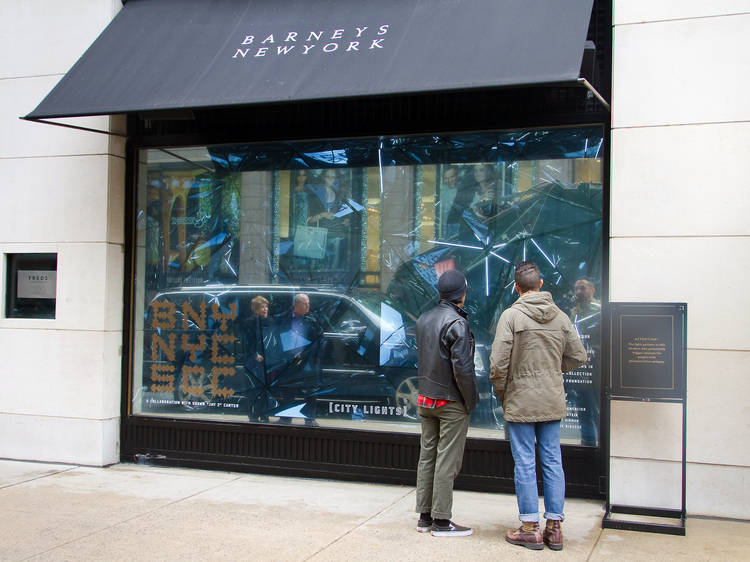 So many New York storefronts look different than they used to, but this transformation is just plain spooky!  The former home of Barneys Chelsea... 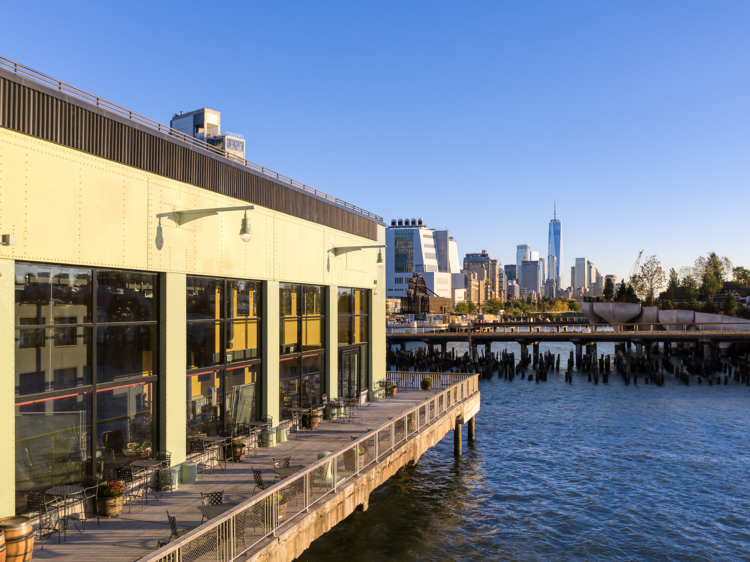 Broadway is closed until June 2021 and indoor dining is still in the nascent stages of reopening, but the west side of Manhattan continues to be a hotbed... 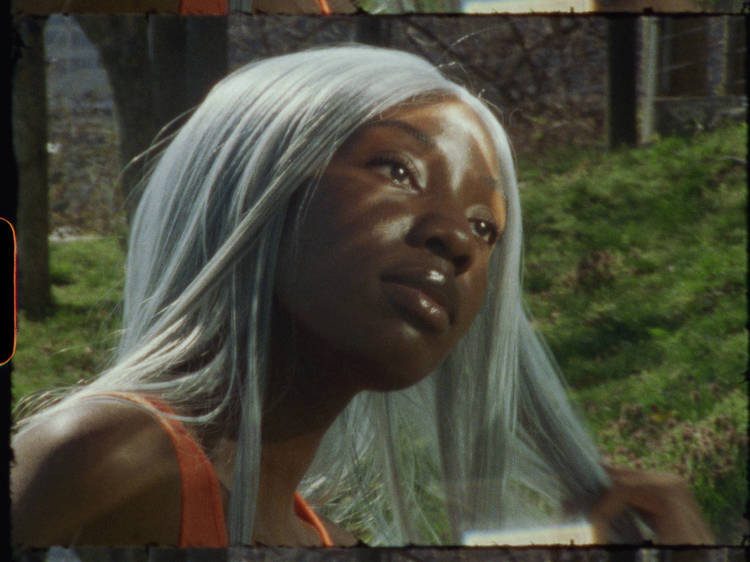 This summer, a host of museums across the city are unveiling exciting and urgent exhibitions centered around identity as Covid-19 restrictions ease up. The Met...