Some things never change, and for that we are grateful. However, sometimes a change is just as good as a holiday. Case in point: the Rover.

Toasting goodbye to its wilder days of foot-stomping shenanigans, whisky-centric speakeasy the Wild Rover is now full-grown and pretty darn sexy, reflecting the maturing drinking and dining scene of our town. Following a top-to-bottom refurb, the Surry Hills bar has come back as a sophisticated new dining and drinking destination thanks to the influence of its parent company, the Liquid & Larder group, who brought us the steak-slinging likes of Bistecca and the Gidley.

Summoning the bustling charm of yesteryear and the sophistication of a dapper New York cocktail bar, the Rover has retained its former good-time Irish heritage with an added lick of polish and a chic wine bar feel. The signature welcoming chorus of "Ayeeeeeee!" from the bar staff has stayed (a great touch we would have missed), but the new offering is so much more than the whisky-soaked dive behind a dry cleaners shopfront we used to know.

As this new and improved iteration, you can also make a night of it and take full advantage of the expanded dining offering, courtesy of talented executive chef Pip Pratt. Pratt has created a swish English-inspired menu boasting hot-smoked butterflied sardines with rings of pickled eschalot and house-made lamb sausage rolls, as well as the new focal point – the oyster station. Visitors to the Wild Rover have long enjoyed a shucking good time at the annual Oyster Festival, but now, the Rover is doubling down on its love of these bougie bivalves. Punters can enjoy a rotating menu of Clair de Lune oysters from Bateman's Bay, as well as creole-spiced, fried Pacific oysters from Coffin Bay and ocean-fresh Sydney rock oysters from Merimbula.

While the seafood is a major drawcard, it would be a mistake to go past the potted pig rillettes, topped with a pleasingly tender apply jelly and served alongside slices of sourdough toast. The texture of the rillettes is so smooth it borders on pâté. It's not breaking the mould, but it's simple, delicious food, done incredibly well.

The real star of the show, however, is Pratt’s take on an English classic — a fancy fish finger sandwich, inspired by the Indian influences and spices of his childhood growing up in the United Kingdom. The Brit flavours go full tilt with a dessert of lemon posset, the incredibly silky cream dessert that's thick enough to stand a spoon up in and served in a glass bowl that wouldn't be amiss in your nan's cupboard. The richness is cut with a jaw-shocking infusion of lemon juice, the contrast making it impossible to send away until every last bite is scraped and devoured.

The knowledgeable staff are as friendly as they are well versed, no mean feat given the extensive whisky list and even more formidable, 150-strong wine list. However, their willingness to guide diners and drinkers alike with infectious enthusiasm is just as fun in 2022 as it was in the bad old days when the doors first swung open.

It's a bit of a mental hurdle to adjust from its old downtown dive bar feel to this new up-market dining persona, and when pressed, the confession that the Rover is neither bar nor restaurant is frankly, music to the ears. Sydney has ushered in the era of the one-stop-shop, offering guests the flexibility of making their visit whatever they'd like it to be. If you're just looking an after-work cocktail, grab yourself a Mary Celeste: a watermelon riff on a Gimlet, adorned with verdant green drops of parsley oil. However, if you're keen to settle in for the long haul, the Rover has everything you need. A plate of porchetta ham with seeded mustard and red elk, a bottle of wine and some good company means this old dog has learned some very cool new tricks. 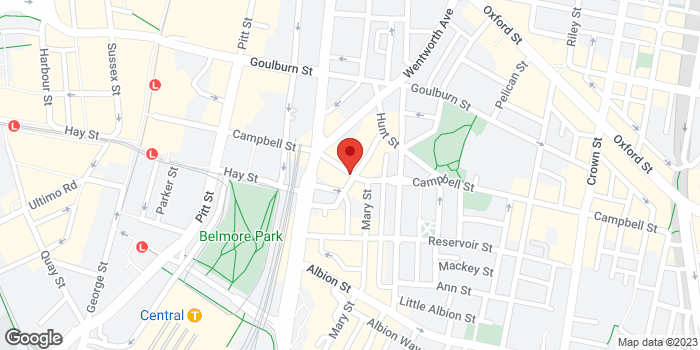