My Account My Profile Sign out
My Account
Search
Worldwide South Pacific Australia Sydney "I hope that my work can stand for itself": Kiley Reid talks Black art, technology and storytelling
Advertising

When Black art is invited into the mainstream, it is often judged on its trauma value: how visceral its depictions of oppression are, how far it gropes into the well of racialised pain, how effectively it stirs rallying feelings of white saviour-dom in an audience.

“I see a lot of pressure placed on Black artists in the context of their art,” says author Kiley Reid, most well-known for her sharp, funny portrayal of domesticity, race and class in an American household in the Man Booker longlisted novel, Such a Fun Age. “I saw it a lot in the aftermath of the police brutality and murders that had happened in the States this year... The response from readers is often to say, 'oh my gosh, all of these things are happening. This is so awful. So, let me learn.' And they seek out Black art as a pedagogical tool. But that's not what Black art is. In writing Such a Fun Age, I never set out to educate people.”

But I'm obsessed with storytelling, and storytelling is always at the forefront of what I'm trying to do.

Reid is a storyteller and word-weaver, but she’s often called on to opine on contemporary, political issues. On Sunday, under the hallowed sails of the newly reopened Sydney Opera House, Reid will be giving a talk on “race, class and privilege” at Antidote Festival. Could you think of three bigger words? Especially in a world which seems to finally (albeit grudgingly) be reckoning with itself on questions of inequality?

Probably not, but Reid takes it all in her stride. “At the Sydney Opera House.... that’s me coming and ready to offer my thoughts as a human being, on race and privilege and class. But as a writer, I don't like when my writing is polemic. I think the expectation to pick up a Black piece of art and say, oh, this is going to teach me – that's lessening the value of the art,” she says. “I hope that my work can stand for itself.”

Maybe it's a good time to note, here, that Reid won’t physically be at the Opera House. She’ll be appearing via video-link from her home in the US, while presenter and comedian Jan Fran sits on stage and asks her questions while a socially distanced (but real-life!) audience watches on in the Concert Hall.

Fittingly, in a way, because technology plays a huge role in the stories that Reid tells, almost evolving into a character itself. The event which sets a host of others in motion at the start of Such a Fun Age is when Black babysitter Emira is accused of kidnapping her babysitting charge while they’re in a supermarket together. “There's Emira experiencing [the accusation]. There's someone else looking. And then there's like this third character, the cell phone, which seems like it should be telling the truth,” says Reid. “But it’s not, always.”

Throughout the novel, Reid explores the relationship between Emira and Alix, a white CEO and Emira’s employer, who becomes fixated on befriending Emira and pushing their relationship across ordinarily drawn employer-employee boundaries. Alix was born 'Alex', but now asks everyone to pronounce her name ‘A-leeks’, which is most of what you need to know about her character.

Throughout the book, truth shows a malleability to distortion by technology: be that through social media, misunderstood texts, or the deceptive joy of a highly curated Instagram feed.

When Reid and I speak, it’s been about a week since the election results came out in the US. Right after the Biden victory was announced, Reid saw her social media feeds flooded with stories of people cheering and parting in the streets. “You look at the internet, and you see a lot of neighbourhoods celebrating and throwing things and cheering. And then you look and you see it's very, very wealthy neighbourhoods.”

Money and the nuances of it are what has always interested Reid. Writing Such a Fun Age, she says, “allowed me to dive into the difference between income and wealth, and how cultural capital can sometimes be way more valuable than someone's income… and it doesn't always look like it's in the form of a paycheck.”

“If you’re seeing celebrities who own million-dollar-houses be excited... that's not good. That’s not a good sign. I will be very, very excited when other neighbourhoods, hopefully, one day, are cheering. That is the goal.”

Antidote Festival takes place at the Sydney Opera House on Sunday, November 29. You can buy a ticket to the in-person event or digital tickets here. 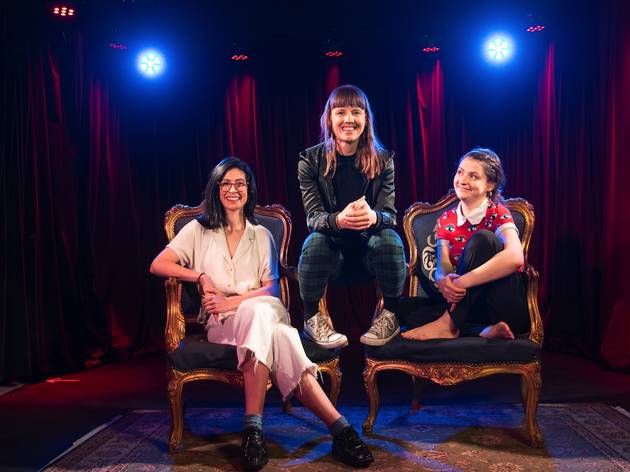 Go here for: stand-up, storytelling, a different kind of drag royalty, and community vibes over a wine

After having its grand re-opening unceremoniously delayed, Giant Dwarf is back in action just up the road (literally) from its former Cleveland Street home, with a more comedy club-like style. Look out for old favourites on the line-up like storytelling nights Story Club and Queerstories, improv shows, and exciting new additions involving burlesque, drag kings, twisted trivia and more. 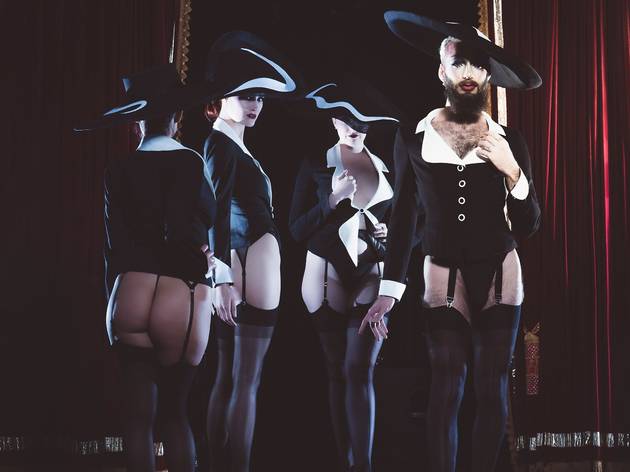 Go here for: lush burlesque, live bands, and something completely different for dinner and a show

This trusty Newtown stalwart with vaudevillian vibes has long played host to the greats of Australian and international music. Opening the doors back up from June 4, it's back to doing what it does best, offering a classic dinner and a show experience. Not only is there top notch live music on the agenda – but the Vanguard is also welcoming back burlesque dames with multiple shows fronted by Sydney’s queen of burlesque, Porcelain Alice – including the sweet return of the Royal Heart Revue, a royal lineup for Titans of Tease, and the debut of the sensual, surreal Australiana-infused La Femme. After something more ‘out there’? Get dapper for Heaps Gay’s Sydny Kings Supper Club, or check out some top shelf comedians. Peruse the program and make a booking here. Seating is currently capped at 50 guests and hygiene measures have been stepped up to meet current guidelines. 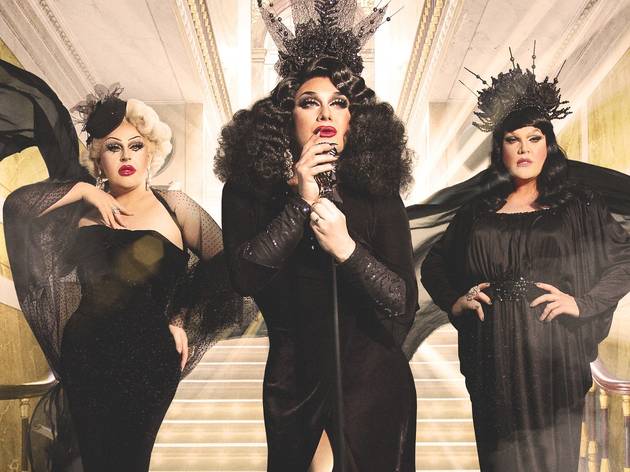 Go here for: a brand new dinner and drag show on Oxford Street with flowing bevvies

Known in another life as the Midnight Shift, this Oxford Street club with its own rich history in the local queer scene is welcoming back guests. You won’t find the usual club night or sweaty dancefloor, however. Universal is putting on Premiere, an immersive dining experience every Friday and Saturday night, starring entertainment from local drag royalty including Hannah Conda, Charisma Belle and Carmen Geddit. You can pick a package with dinner and a show (and bottomless drinks, if you’re inclined) from $89-$129. Make a booking here. Read our review here. 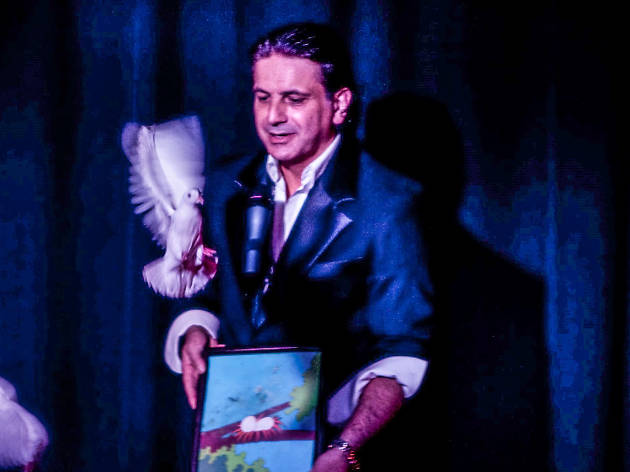 You’ll feel like you’ve stepped into a bygone era when walking into The Magician’s Cabaret – an intimate, Parisian-inspired venue where dinner theatre with a touch of magic has been centre stage for a decade. Settle in for an evening of razzle and dazzle and escape the bounds of logic with the Cabaret La Belle Rose dinner show on Saturday nights. After a candle-lit dinner, a cast of dancers, singers and a magician will lead you through an evening of entertainment inspired by the cabarets of 19th century Paris. See showgirls dance the can-can and hear the rousing songs of Edith Piaf during this romantic encounter. Cabaret La Belle Rose is on every Saturday from 6.30-10pm (the underground Top Hat Bar bar remains open until midnight). For booking enquiries and prices contact the box office on 02 9267 4747 or tickets@themagicianscabaret.com. Social distancing and hygiene measures are in place. 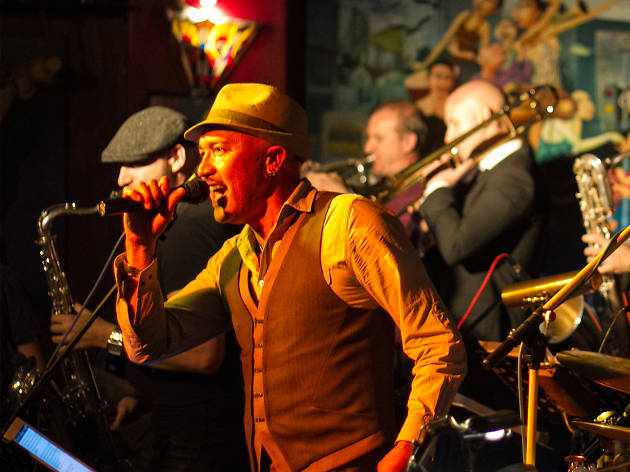 With its friendly vibe and funky décor featuring literally hundreds of camels, this well-established boutique venue is well regarded in the local music scene. Camelot is welcoming back punters for seated gigs along the lines of an Amy Winehouse tribute from some of Sydney’s finest jazz musicians and vocalists, Thirsty Merc alum Rai Thistlethwayte, and the David Bowie-channeling Jeff Duff. The long running and popular mid-week life drawing night, the Camelart Club, is also back on downstairs 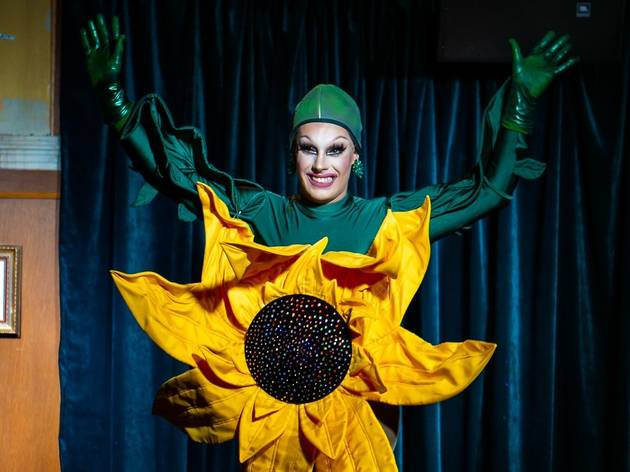 Pop on some lippy, the Impy is back in action and its drag queens are stepping their stilettoed heels back on the bartop. From Friday to Sunday you can book into Priscilla’s restaurant for a very special Drag n’ Dine event, The Priscilla's Experience. Enjoy the lip-syncing, comedic joys the queens are legendary for over a three-course dinner. Read our review. More of a night owl? Book in for the Late Night Disco Lounge on Friday and Saturday nights from 10pm, and boogie in your chair to funky disco beats while some top divas strut their stuff on the bar – your $20 ticket also gets you a choice of bevvie on arrival. Book in for Drag n’ Dine here and Disco Lounge here. 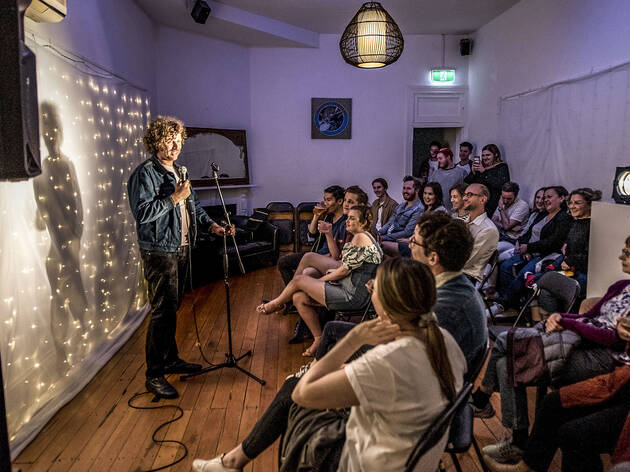 Go here for: stand-up comedy and a good feed to kick off the week

This curated Monday night comedy show at the Sneaky Possum is back to kick off your week with a good giggle. In the past we’ve been pretty chuffed with the stellar line-ups, names like Nick Capper, Lily Star and Pat Doherty have appeared on the bill (no marsupials we’re aware of, however). Numbers are strictly capped for the return shows, and your ticket now includes dinner and a beverage for $45. Doors at 5.30pm for a 6.30pm show. Make a booking over here. 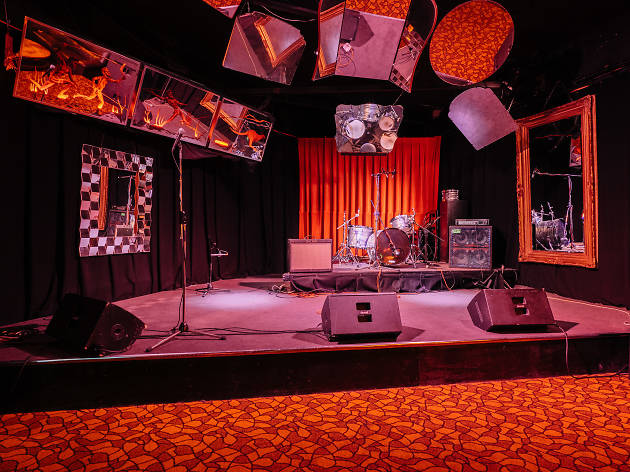 Go here for: an eclectic mix of soulful live music, dinner and drinks in plush surrounds

This jazzy Marrickville venue came back into action fairly early. While it's not back to its former commitment of seven nights a week of live music, it does have physically distanced gigs running from Wednesday to Sundays at the moment, capped at 50 guests, and often including a dinner special. While the program might not strictly qualify as cabaret – there’s an eclectic mix of jazz, blues, soul, heavy rock, etcetera. The place has a very plush, speakeasy feel; the vibe is welcoming and cosy and there’s an quirky grown-up vibe. Check out the gig guide over here.