Art galleries in Hong Kong are no longer the sole platform for artists to share their work with the public. Thanks to the likes of Instagram, artists’ creations have an exponential reach to a global audience. Genres such as embroidery art and tattoo art, which have often not regarded as “high art”, are receiving wider recognition and attention. So to help you inject some art and culture into your feed, here are five Hong Kong artists you need to follow on Instagram.

RECOMMENDED: Illustration is becoming more mainstream in the Hong Kong art scene. Here are five local illustrators to put on your radar as well.

The Instagram handle says it all. Artist Tse Sai Pei, which roughly translates to being burnt out and lacking motivation, captures the humour and cynicism of Millennial culture in her quirky comics and illustrations. “My sense of humour is largely influenced by ’90s comedy,” Tse explains, “particularly Stephen Chow and radio DJ and rap duo SoftHard. They over exaggerate mundane daily life and turn the negative aspects of it into something interesting.” Tse, whose real name is Jasmine, first posted anecdotal sketches about her work life on Instagram and eventually discovered she possessed the ability “to tell a good story and express herself through illustrations.” While Tse self-describes her work as schizophrenic, sweet, depressing and sarcastic, the biggest draw for many is her commentary on local culture from commuting to dating, and her 62,000 followers have clearly found kinship with it. @tsesaipei

Gaga Ma’s designs prove that tattoos can take any form yet still be artistic and personal. A former advertising executive 2 with a talent in illustration, Ma discovered that the body can be a canvas for anything. “It was like an epiphany,” Ma claims, “the moment I saw the tattoos on my friends. I realised illustration can be a form of tattoo art and embarked on my journey as a tattoo artist.” Minimalist and abstract, Ma’s tattoos are mainly made up of soft, elegant curves and lines, often touching upon themes like feminism, gender, religion and spirituality. “Gustav Klimt and Egon Schiele have been huge influences,” says Ma. “They’re able to convey incredible sadness and depression with their characters. It’s very similar to my own aesthetic.” Since posting her work on Instagram, Ma has been able to connect with new people who have never been inked before and create designs based on their life stories. @gagamama

Taiwanese-American artist Jonathan Jay Lee boasts quite a creative journey, from attending Parsons School of Design to receiving commissioned work for Marvel Comics. Much of Lee’s pieces at first glance may seem to be centred around atmospheric, comic book-esque depictions of Hong Kong and its city streets.  But Lee claims that it’s the viewers that truly inform his work. “My narrative is rooted towards finding moments that people see every day but don’t realise the beauty in it,” says Lee, “and because Hong Kong is such a transient city, it creates a really interesting narrative.” Aside from pop-up exhibitions around the city, Lee is able to reach a wider audience that doesn’t frequent art galleries with Instagram. “If the work created is sincere then people will respond to it,” says Lee. “It will demand the same attention no matter the platform that it is distributed.” @jonathanjaylee

Here to smash stereotypes on embroidery is Shirley Hung Sheung-yee, a self-taught master of embroidery art. Hung’s work has shown that this delicate artform goes beyond stitching flowers on fabrics and can include anything from natural landscapes to narratives about personal struggles. Citing the likes of Sophia Narrett and Ana Teresa Barboza as her main influences, Hung is still forging her own style, one that breaks through the typical confines, quite literally – she created a three-dimensional embroidery of a mountain for her first solo exhibition at Eslite Bookstore earlier this year. Outside of her curated IG account, Hung also offers embroidery classes and products to the masses. “People discover how time- consuming embroidery is at these classes,” says Hung. “But many find [the practice] to be therapeutic, too.” @littlelenpopo

Local artist Rex Koo has been going viral thanks to his unique, conceptual interpretations
of iconic Hong Kong movie scenes. Taking inspiration from television adverts, music, films, comic books, manga and popular culture, Koo feels compelled to draw famous figures and film characters. “There’s something about their personalities and attitudes, particularly the way they present themselves, that inspired me to draw them in my work,” Koo explains. Varying from playful, caricature-like drawings of famous scenes from local films like In the Mood For Love and Young and Dangerous to minimalist iterations of Bruce Lee and masterpieces like Girl with a Pearl Earring, all of Koo’s work is inked with humour and love. Though he sees social media as a godsend for artists, Koo still prefers the old-school medium of paper and hopes to experiment with comics and short story-accompanied art in the future. @rexkoo 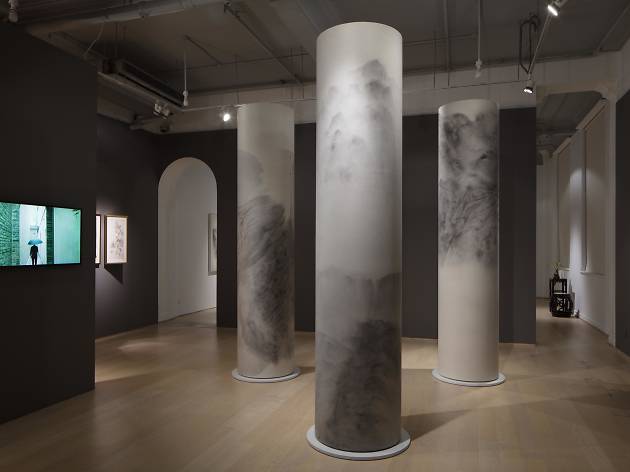 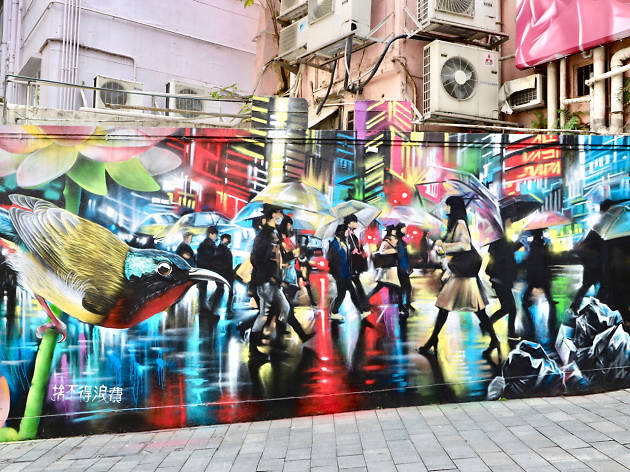 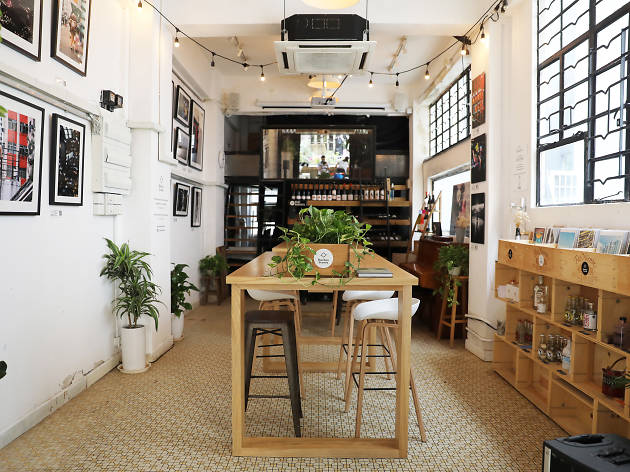 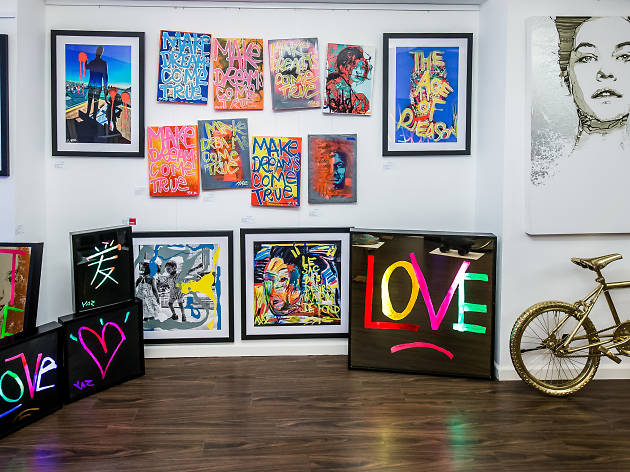