Bars and pubs, Hotel bars Central
Recommended
4 out of 5 stars 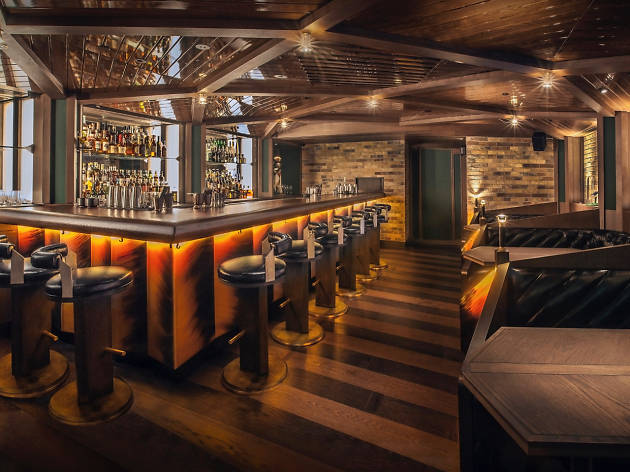 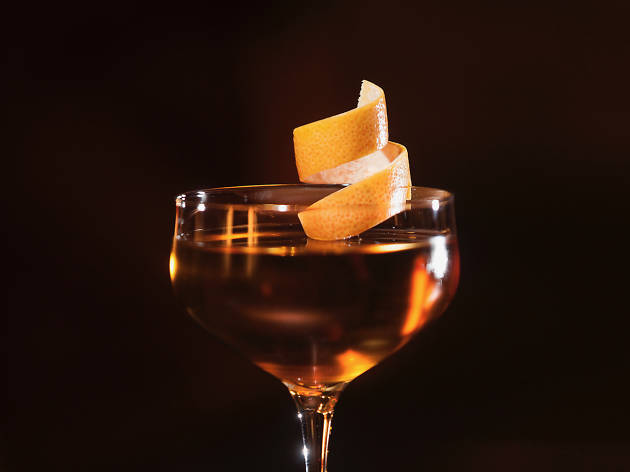 When it first arrived at the Landmark Mandarin Oriental in 2016, PDT and its pop-up showed local cocktail connoisseurs how good things could be.

In 2018, the speakeasy occupied the exact same spot above MO Bar as before. The entrance is a mock phone booth; the walls are decorated with dressed up taxidermied animals, even the wooden panelling on the ceiling looks identical. Whether that says ‘true to its roots’ or ‘lack of originality’ is for individuals to decide. It’s a cosy space either way, though we can’t help but feel Stockton already nailed the man cave drinking den vibe better.

The menu is a mix of PDT standards from the Big Apple and originals designed specifically for Hong Kong. One of PDT’s most famous creations, the Benton Old Fashioned ($158), a spin on the classic which substitutes maple syrup for sugar and uses bacon-infused Wild Turkey bourbon. Unfortunately, something’s off in this supposed mainstay. The bitters come on strong, slaying any sweetness and leaving only the faintest trace of the smoke expected from the bacon. We finish with a Mezcal Mule ($158), a combination of Del Maguey Vida mezcal, lime juice and passion fruit nectar, garnished with candied ginger and cucumber. Arriving with a frothy top and the texture of a smoothie, this one is delicious. There’s a beautiful gradient to the flavour; the fruity sweetness nicely undercut by the mezcal’s natural smokiness.

There’s no denying there are some exceptional drinks at PDT. However, we can’t help but feel the concept maybe two years too late. What was exciting in 2016 is more ordinary now. Speakeasies are a tired trend and do Hong Kong need another import like Employees Only or Bar De Luxe when a venture like The Old Man has demonstrated that local talent can be equally inventive and successful? PDT is a great bar, but its moment may have already passed. Just don’t tell them we said that.