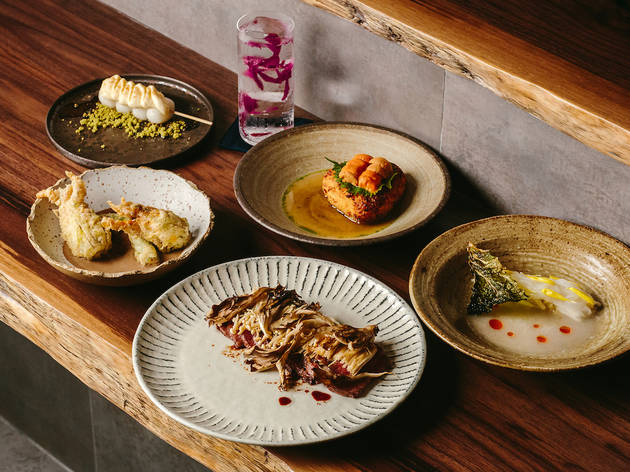 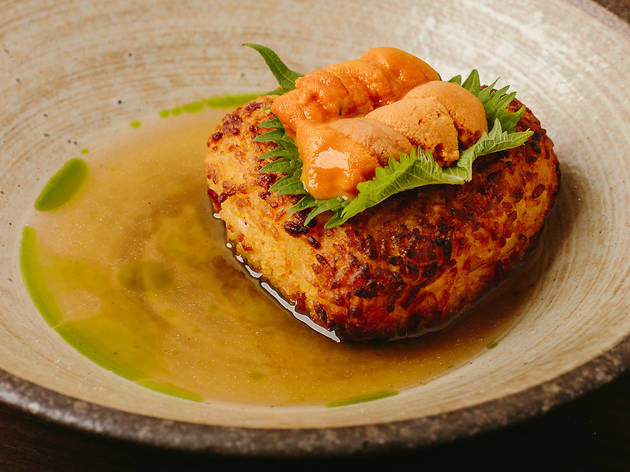 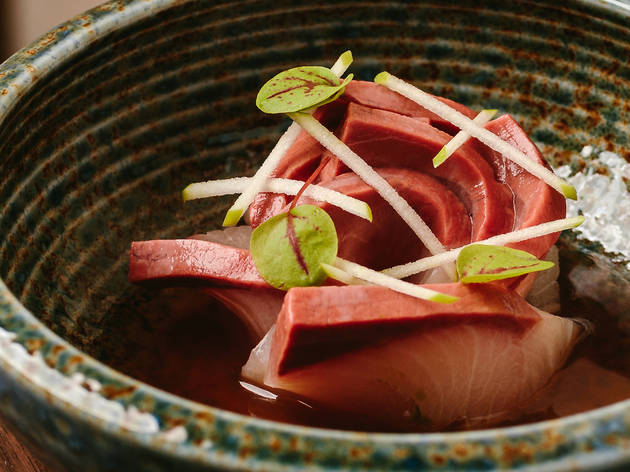 The new restaurant, which is set to open next month on July 15, is an independent venture helmed by Japanese chef Shun Sato, formerly of Fukuro, Ho Lee Fook, Belon and Armani/Aqua in Hong Kong, whose experience spans establishments in London and Sydney too and fellow Fukuro and Ho Lee Fook alum Keaton Lai as general manager.

Censu, the Japanese word for a folding fan, is named in reference to the senses. From the basics of smell, taste, touch, sound, and sight to the sense of craft, fashion, music, and design of the restaurant, and ultimately, a sense of place. Where the relationship between people and the restaurant can be seen in the marks left on the tables and chairs as traces of their experience; a nod to the wabi-sabi philosophy of finding beauty in imperfections and frayed edges.

The food – which initially previewed at Ki No Bi's pop up in Sake Central last spring – is inflected by the traditional izakaya-style cooking of Sato’s father, but Censu itself is not an izakaya and offers a more food-focused and delicately refined menu with dishes such as the ika somen dish of Squid White Kimuchi ($148) which pairs finely sliced raw squid with green apple and daikon fermented white kimchi, and the bound-to-be-popular Unigiri ($238) which features a toasted onigiri topped with fresh sea urchin served in abalone dashi. The food menu will rotate a series of specials to showcase the best of the season.

Drinks at Censu are easy going with a signature Lemon Sour Highball ($108) using Mugi Shochu made from barley and Ramune (the fun carbonated drink with a marble in the bottle) with a dash of lemon, as well as natural wines, and a curated selection of premium sake by Keaton Lai.