Following up on our roundup of accessible city hikes on Hong Kong Island, we’re back with another master list of city hikes – this time in Kowloon! We’ve got a mix of everything. From short, leisurely strolls to different route variations that lie on Lion Rock Hill, grab a friend or two and start exploring these nooks in Kowloon. By Andrea Wong 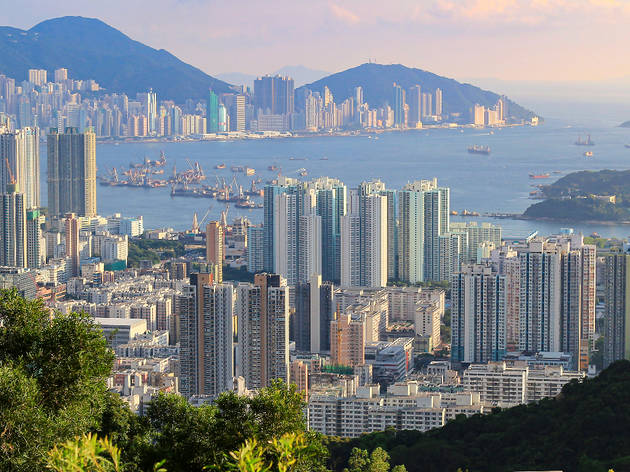 Beacon Hill is sure underrated for the views it has to offer. Starting the hike from Eagle’s Nest Nature Trail located within Lion Rock Country Park, you’ll encounter the Eagle’s Nest Viewing Point, a perfect spot for a panorama snapshot with ICC in the middle. Keep walking, and you’ll be met with To Lung Yan Road, the only paved part of this hike, followed by the stairway that links to the Maclehose Trail (Sec 5) and eventually the hiking trail leading to Shatin Pass.

Follow the signage, and you’ll reach the ultimate vantage point – the Beacon Hill Lookout. Here, you’ll be able to view the concrete jungle that we call home, with signature landmarks that you won’t want to miss, such as the Lion Rock Head and the old Kai Tak Airport. Occasionally, there will be a few monkeys here and there, but as long as you don’t provoke them or go too near them, you’re all good. 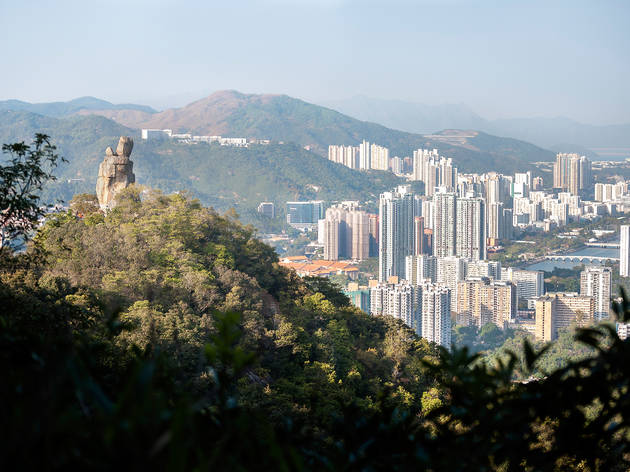 An underrated hike with a stunning view over the Kowloon Peninsula. Though this hike has a lot of stairs going up, the gradual ascend makes the anticipation of getting to the top makes it more exciting. Admire the serene nature that you can see from the steps and make your way to the terrace area for a few check-in pics, before heading up to the Tsz Wan Shan Radio Station along the sandy trail.

If you have some more time and energy to spare, head over to Amah rock, an erect rock that resembles a woman carrying a baby on the slope on Lion Rock. The legend goes that a fisherman’s wife used to climb up the hill every day whilst carrying her son to wait for her husband’s return, without knowing that he already drowned at sea. The Goddess of the Sea admired her loyalty and dedication. She turned her into a rock so that her spirit could once again reunite with her husband.

Distance (Tsz Wan Shan Radio Station): 2.6km
Directions: Take bus 15A, 3C, 5C, or 116 and get off at Tsz Wan Shan (North) Bus Terminus. Climb up the concrete steps behind the terminus that leads up to Shatin Pass. When you reach the intersection where you’ll spot Lion’s Pavilion and Hung Yik fast food eatery, take the rough-looking set of steps right before the Wilson Trail (Sec 4) and head up.

For Amah Rock, turn to the Wilson Trail (Sec 5) at the intersection. Descend to the catchwater and continue until you see the Amah Rock signpost on your left. 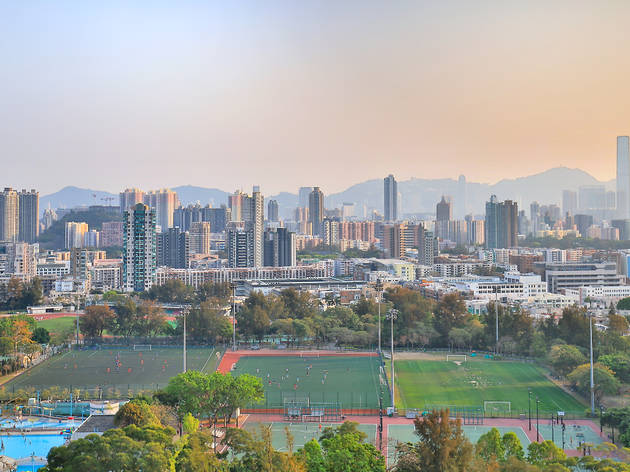 This hike doesn’t offer the most breathtaking views as it is shorter in height, but it is easily one of the most accessible hikes in Hong Kong. The hill’s unique name came from its previous identity as runway 13 at Kai Tak Airport, Hong Kong’s old, mid-city airport that served the city from the 50s to late 90s. A large pane of the hill was painted in red and white checker pattern as a navigational guide for aircraft (hence the name) but has since been painted over and planted with trees to avoid misleading any pilots flying over.

Head inside Lok Fu Park and walk up a slight slope on the left, which will lead you to a small set of steps. Go up and walk along the narrow catchwater towards the Lok Fu Service Reservoir Rest Garden. Once you see the trigonometrical station, you’ll reach the top of this hill within five minutes. If you are looking for a place to rest your feet and refuel, the rest garden is also a great spot for a picnic.

Distance: 3km
Directions: Get off at Lok Fu MTR station and take exit A. Make a left and head towards the Lok Fu Plaza car park. Next to the entrance, walk up the stairs and make your way to Lok Fu Park. 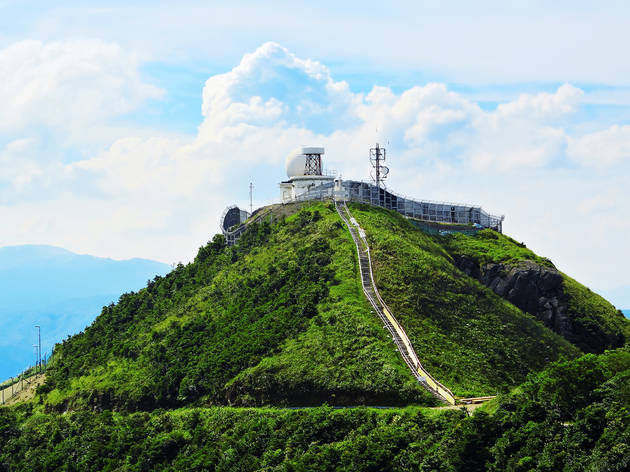 Tate’s Cairn, also known as Tai Lo Shan, is another hidden gem as you can see Hong Kong Island, Kowloon, and the New Territories all in one hike. From the summit, you’ll be greeted with incredible vistas of Kowloon and Hong Kong Island as a backdrop, while the other side will give you sweeping views of the grand hills of New Territories. The stark contrast perfectly illustrates how city and nature can peacefully co-exist with each other, the very thing that makes Hong Kong so famously unique.

Tate’s Cairn is also a very photogenic location where silver grass is abundant at the Tate’s Cairn Meteorological Station. So, those who are looking for a more direct route – in other words, a short cut – can take a taxi from Choi Hung MTR station straight to the meteorological station. You’ll only have to do half the walking but still get all the great views! 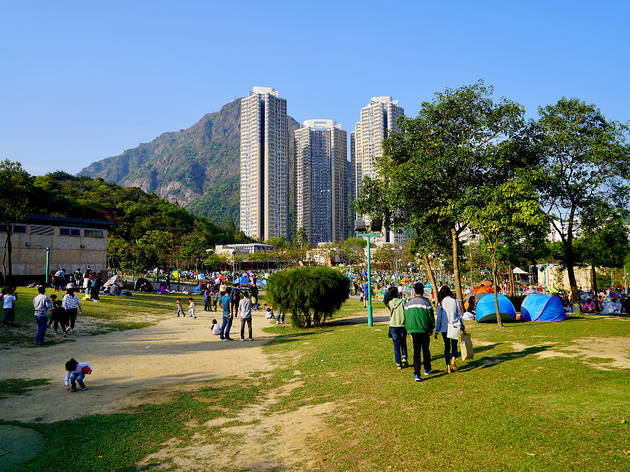 For those who keep coming up with excuses for not going on a hike – now you have none. Located in Cha Liu Au near Jordan Valley, which is actually adjacent to Kowloon Bay (we know, it's confusing), this trail is relatively short but will give you great vantage points to the area nearby. The hike begins from Jordan Valley Park's main entrance. Whilst keeping the park to your left, walk along New Clear Water Bay Road and be on the lookout for a small gate on your left that allows you to veer off the main road. Walk along a narrow and beaten mud trail, where you’ll eventually reach a flight of concrete steps. Walk up until you see a green-top pavilion that signifies the start of the Jordan Valley Morning Trail and continue going up. Look out for a small path on your right that will lead you to a wonderful view of the Jordan Valley Park. 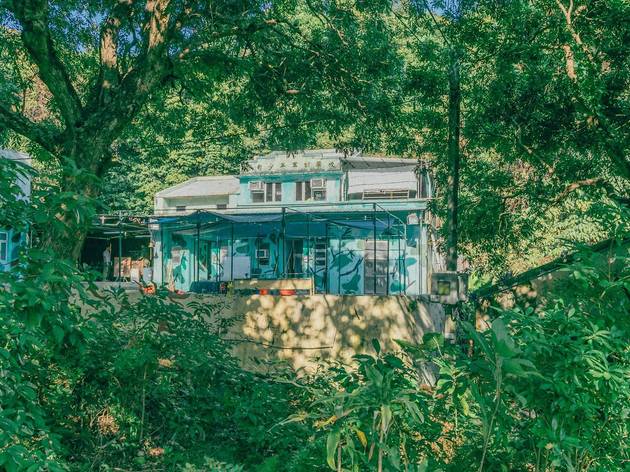 From sandy beaches to picturesque hikes, these islands have them all and more. 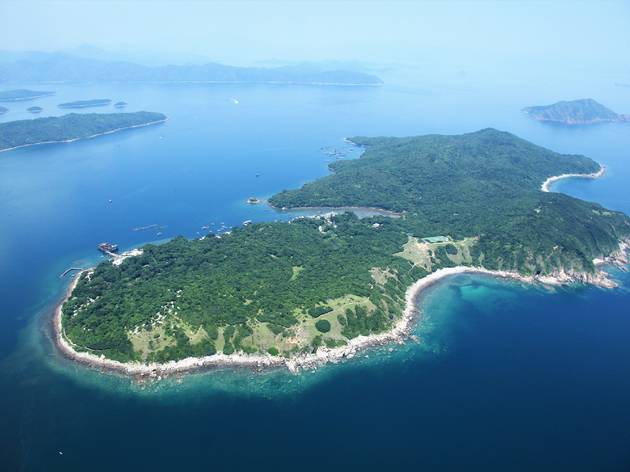 Take a breather at these places in Hong Kong