My Account My Profile Sign out
My Account
Search
Worldwide Europe Portugal Lisbon The best boutique hotels in Lisbon
Considered the rich cousin of the not-so-fancy B&B, boutique hotels are known for their personality and cosy environment. The laidback mood is designed to make guests feel at home, and the best ones in the capital certainly know how to do it in style. So pack your things, head into the city and stay at one of our choices of the best boutique hotels in Lisbon.
Recommended: The best Lisbon attractions.

The best boutique hotels in Lisbon 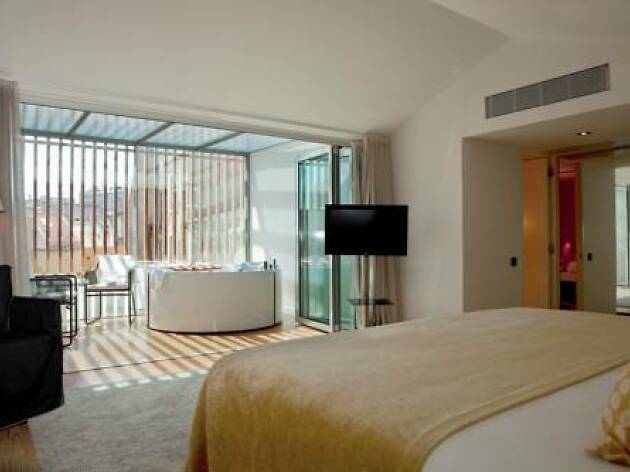 At first, it seems a nondescript building. But it's like a Kinder chocolate egg – plain on the outside, full of surprises within. Upon stepping into the lobby, you will realize the hotel is much more ambitious than you might have previously thought. Don't expect gold-plated walls, but this utilitarian hotel has earned a positive reputation for its good taste and friendliness. 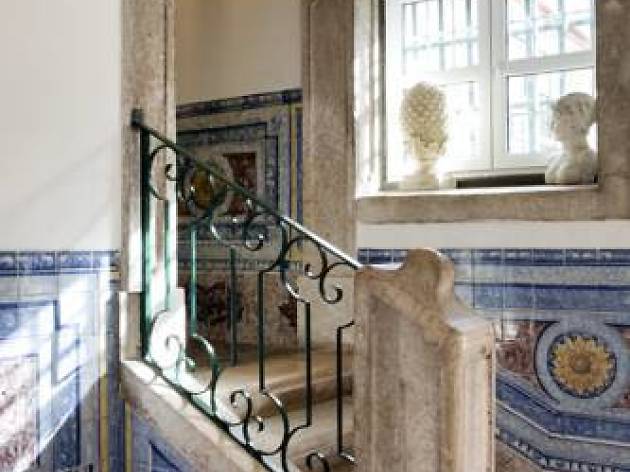 When you think of boutique, you think small but luxurious, which is precisely what Palacio Ramalhete offers. There are only nine rooms and seven suites, so there's an air of exclusivity too. The decor is all very chic, almost regal in fact, and the location on Janelas Verdes Street is as pretty as the hotel's name, which means Bouquet Palace. There's also an outdoor pool, which is heated for those slightly cooler Lisbon nights. 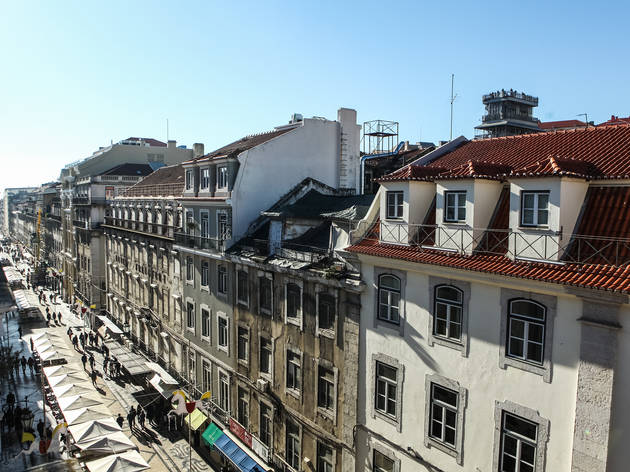 This one of those chicken-and-the-egg stories.
When you're talking about the International Design Hotel, you have to wonder what came first - was it the restaurant or the hotel? The hotel does sound like the parent and thus could play the chicken to the restaurant's proverbial egg – whose father is unknown. No really, the restaurant's name is Bastardo, and yes, it means that in Portuguese too. Bastardo displays the creative side of an illegitimate child of Portuguese cuisine. It has a teasing and biting sense of humour (the walls include paintings telling people to drop dead, but don't take them personally, OK?), and it is unpretentious. The same goes for the hotel, whose sole flaw is being rather small for all the stories it has to tell.
Read review
Check prices 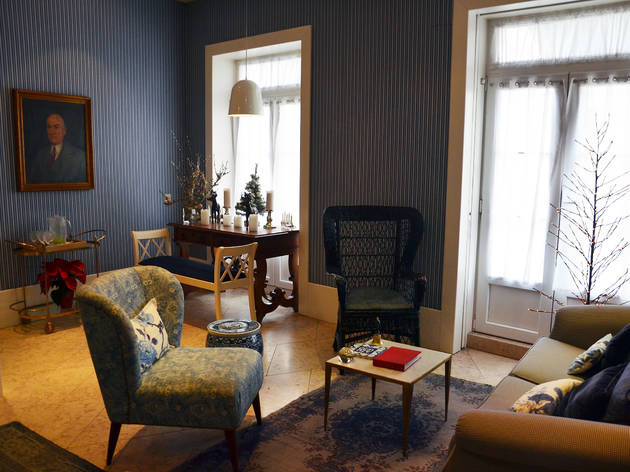 The ideal spot for lovebirds aged 20 to 30 who want to be in the heart of Lisbon's nightlife – the Cais do Sodré. Young and stylish enough, this 45-room boutique hotel is located in the nexus between the Chiado and the renewed Ribeira das Naus (a riverside “beach” of sorts). It is geared at young folks, to whom it caters with an artsy but relaxed vibe. 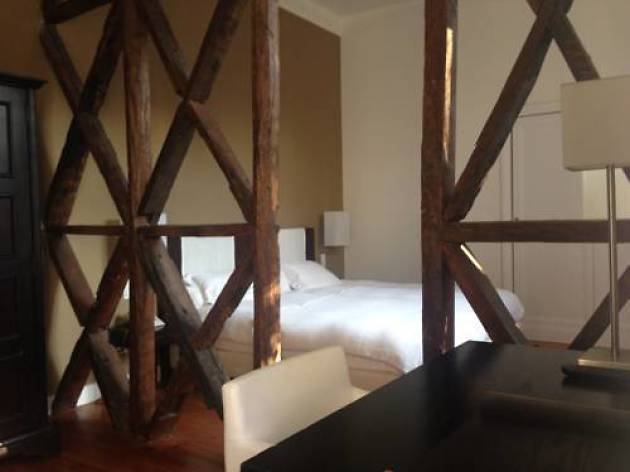 ©Booking
Lisbon has hundreds of centenary buildings, and renovated palaces are a major part of the hotel offerings. There's nothing wrong with that; indeed, part of the city's charm is precisely the boldness with which it displays its history. Another charming feature is that some hidden pearls can still be found in unlikely places. York House is one of those. Hidden in an old seventeenth-century convent in a Lapa hill facing the Tagus, this small boutique hotel has been open for business for more than 100 years.
Read review
Check prices 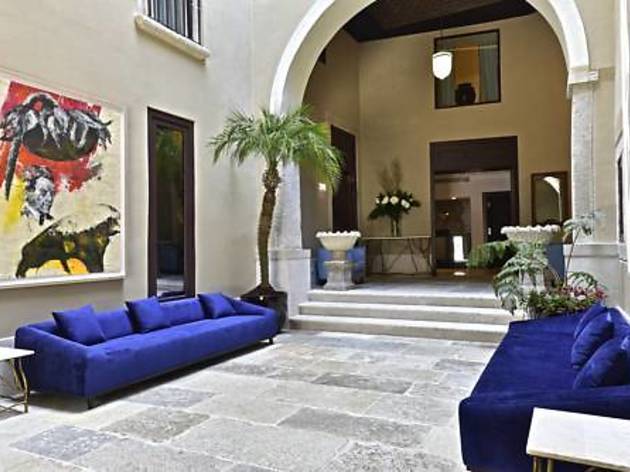 They say people are what's most important in a place, and they may be right. Santiago de Alfama might be valuable all by itself, but it would not be the same if not for the friendliness and warmth of the staff in charge, a fabulous experience would be downgraded to a merely nice one – that's not necessarily bad but it would not be the same. The Santiago's charm also comes from architect Luís Rebelo de Andrade's decision to maintain the original fifteenth-century design of the building, preserving the Roman fragments found during the renovation, uniting past and present under the same roof. 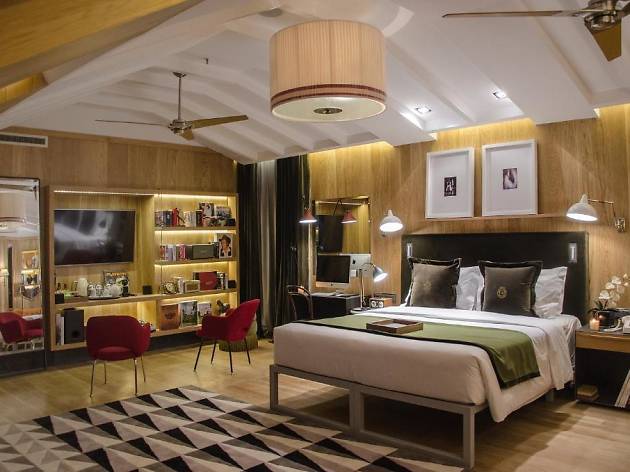 Eighty-four rooms, and no two are alike. Some are Art Déco, others are classic, others modern and one of them even has a sloped ceiling as if it were an Alpine cabin. Brown's Central is everything but dull. Despite being located in the middle of Pombaline dowtown in an old building, it does not seek to impress through its link to the city's history. Instead, it breaks through the stigma of the hotel as a closed-off space to be a meeting point and an arts venue. 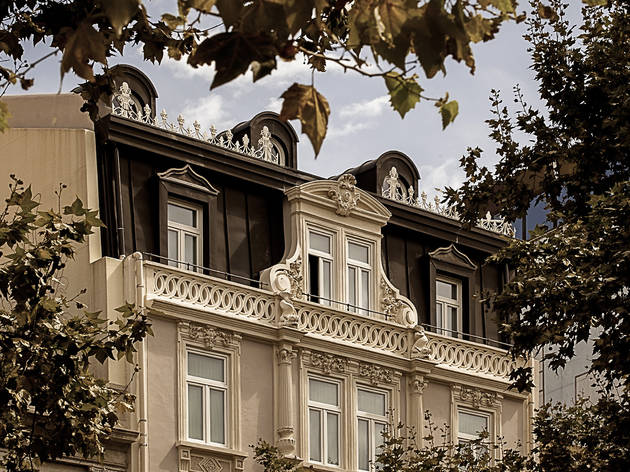 A 19th century building with artistic flair, this rennovated boutique hotel merges original features with a bold aesthetic. Located in Avenida da Liberdade, you can expect everything from fine china and old tapestries to contemporary artworks from abstractionist, Vieira da Silva. The 25 rooms vary in shape and size, however even the smallest have large bathrooms complete with a glorious tub. Bubble baths, incoming.

Looking for a fancier stay? 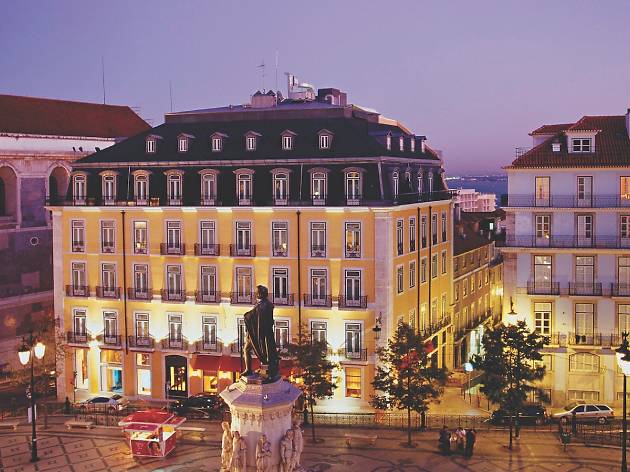 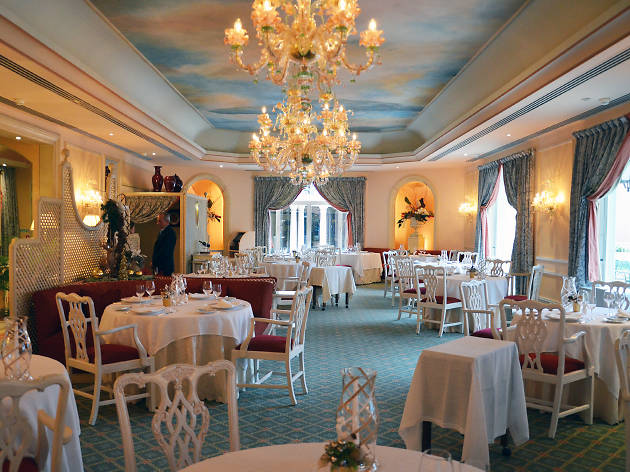 The offer for hotels and hostels in Lisbon keeps growing to keep up with tourists pouring in to meet the capital. We’ve already covered the best hotels in Lisbon, but now we are narrowing it to the cream of the crop. If you are looking to live it large check-in at one of these best five-star hotels in Lisbon.   Recommended: The best things to do in Lisbon