Read through top ten lists for the best horror films as recommended by famous faces in the movie industry and beyond. The likes of John Shackleton and Reece Shearsmith provide their lists below.

RECOMMENDED: See which horror films made it into our top 100

Josh Saco is the madman behind cinema-hopping film club Cigarette Burns, whose stated mission is ‘to return forgotten and obscure cult classics to the cinema screens of London.’ Who’d argue with that?

'“Horrors of Malformed Men” was banned for years in Japan and even now is not embraced. A twist on “The Island of Doctor Moreau” it’s packed full of experimentation, cult appeal and malformed men. “Viy” is one of the very few Soviet era horror films, an adaptation of a Gogol short story. Visually stunning and witty it’s a true gem of a film. Children are terrifying, and one of the finest examples of the late ’70s craze of evil children films is “Alice, Sweet Alice”. It kicks off with an astonishingly brutal killing and doesn’t let up. Jaw dropping and unsettling in equal parts. in “Who Can Kill a Child?” an English couple find themselves holidaying on an island of evil children and are faced with the most difficult decision. It features what is arguably one of the most traumatising death scenes ever.'
Angel Sala is the director of the Sitges Film Festival in Barcelona, one of the world’s oldest and most respected celebrations of genre cinema.

In 1999, Eduardo Sanchez and his co-director Daniel Myrick revolutionised horror with ‘The Blair Witch Project’, which not only kickstarted the current fad for ‘found footage’ movies but basically invented online viral movie marketing. Since then, he’s directed a number of films including ‘Altered’ and ‘Lovely Molly’, and there are persistent rumours of ‘Blair Witch 3’.

‘I watched the directors cut of “The Exorcist” a few years back and it killed me. That spider walk they added made me shit my pants. I bought the DVD but even the making-of doc scared me to death. I ended up giving that DVD away. They captured something during the shooting of that film that just wasn't right. If any movie had any kind of real supernatural collaboration to it, this is it. I never want to see it again, but I will have to soon. And “The Amityville Horror” is the classic haunted house tale that's actually scary. Red eyes in the window, flies, blood coming out of the walls! And when the father has to go back in to save the dog! Holy shit, that fucked me up. And “Boggy Creek” is a semi-documentary, sort of experimental film that is still the creepiest film about Bigfoot ever made. Hyper-realism and sound design is to be paid attention to – the pioneer in first-person atmosphere that heavily influenced “Blair Witch”.’

Louis Savy is the director of the annual Sci-Fi London festival, bringing global science fiction to a UK audience. The next event kicks off on May 1, 2012.

Marcus Sedgwick is the British author of eerie tales including ‘Floodland’, ‘Midwinterblood’ and ‘The Ghosts’ of Heaven’.

John Shackleton is the co-writer and producer of British horror movie ‘Panic Button’. He has also written and directed a number of short films.

Reece Shearsmith is an actor and writer most famous for horror-infuenced TV comedy shows ‘The League of Gentlemen’ and ‘Psychoville’. He also appeared in ‘Shaun of the Dead’, ‘The Cottage’ and ‘Burke and Hare’.

The King of Comedy (Martin Scorsese, 1983) ‘“Rosemary’s Baby” is probably the best study of evil operating in the modern world. Polanski's film gives us completely real people living next door to very ordinary Devil Worshippers. John Cassavetes is perfect as the husband who forfeits his wife to Satan to better his own career. And Ruth Gordon as insistent Satanist Minnie Castavet, is probably the best depiction of the insidious nature of Evil, you are ever likely to see. I think “Exorcist 3” is one of the great horror films. It’s brilliantly written, with an extremely funny script by William Peter Blatty, as well as some truly shocking moments of terror. George C. Scott is particularly brilliant, with great support from Brad Dourif maintaining yet another one of his impeccable variations on Evil. And “King of Comedy” is just a deeply unpleasant film. This is real horror, depicting the kind of desolation that these days is presented to us every Saturday night as our most watched entertainment.’

Francesco Simeoni is the manager of Arrow Films, a UK-based label specialising in stunningly packaged, lovingly detailed reissues of horror classics, particularly the work of Dario Argento and George Romero.

‘There are many kinds of horror films, but broadly speaking, I throw them recklessly into two categories. One I call the “Fun Horror” film. You have a few scares, some moments of queasy viscous horror, then you can rest easy in the knowledge the monster is dead or out there sated for the moment licking its wounds to return in the next sequel. I am aiming largely at films prevalent in the ’80s, but also the “torture porn” genre whose intent is to dare you, to fulfil your morbid fascination but ultimately say little about the state of things. Then there’s the type of horror film that is truly “Horrific” – more often than not visceral rather than viscous, aimed directly at you rather than the warning shot over your head. These films say something about the human condition, the state of society and our desire to experience extremes of imagery and storytelling, and as a result are rarely made in the studio system. While I enjoy all forms of the genre, I tend to take my horror very seriously. But ten is not enough, so the honourable mention list includes “Freaks”, “Trouble Every Day”, “The Exorcist”, “The innocents”, “Suspiria” and “Kill List”.’

Christopher Smith is the British writer-director behind ‘Creep’, ‘Severance’, ‘Triangle’ and ‘Black Death’, four of the most inventive and striking homegrown horror flicks of the past decade. He is currently working on an epic TV miniseries entitled ‘Labyrinth’, from the bestselling book by Kate Mosse.

Richard Stanley is the writer and director of British horror classics ‘Hardware’ and ‘Dust Devil’. His career was almost destroyed by the machinations of Hollywood following an abortive attempt at ‘The Island of Dr Moreau’, though he has recently bounced back with a segment in portmanteau gorefest ‘The Theatre Bizarre’.

‘Of course it's a very partial list. These are films that I have watched over and over again. They are not necessarily chosen for their technical merits but rather because I find them consistently entertaining. There is a vast difference between my personal favourites and what I consider to be the best made horror films, or movies like “Come and See” or “Apocalyspe Now” that actually deal with the theme of “horror”. To paraphrase Colonel Kurtz – it is impossible for words to describe what horror is. For some of us it can simply be the day to day experience of our hum-drum lives, for others the fear of the irrational, the unknown, the inevitability of our deaths and the implacable mystery of what may or may not lie beyond...’

Brad Stevens is a film scholar and author whose works include ‘Abel Ferrara: The Moral Vision’ and ‘Monte Hellman: His Life and Films’.

‘Growing up in the woods of Vermont, “Friday the 13th Part 2” had a huge impact, just because of how relatable it was. Try walking home when you’re 100 per cent convinced someone is watching you. Terrifying. Jason is my favorite horror superhero. “Inside” is such a fresh, contemporary setting and story. And the simple shot revealing Beatrice Dalle for the first time as she emerges from the shadows is one of the most chilling images I've seen in 15 years. “The Fly” is a simple, commercial concept in which director David Cronenberg smuggles big ideas, shocking visuals and the abstract but universal fear of your body turning against you.’
Peter Straub is one of the great American horror novelists. His books include ‘Ghost Story’ (filmed in 1981), ‘Koko’ and ‘The Talisman’, with Stephen King.

In “Bride of Frankenstein”, openly gay auteur James Whale arguably made the first horror “masterpiece” by transcending the genre with a sequel that seamlessly blends both tragedy and comedy. In Whale’s world, it is the lack of love and acceptance which shapes the reluctant demon, a thinly veiled metaphor for Whale’s compassion of those, like himself, forced to exist on the fringe. “Psycho” is the final word on the subject of Oedipal boys. Anthony Perkins dons his mummified mother’s outfits and wigs then slaughters naked woman in his motel shower, basically dressing up so he can get it up. “Dr. Kinsey will see you now, Mister Bates…” And whether intended, subliminal or audience projected, “A Nightmare on Elm St 2” is a creepy chronicle of gay teen angst. The young protagonist’s locker room encounter with a leather clad gym teacher truly defines “jumping the shark”.’ 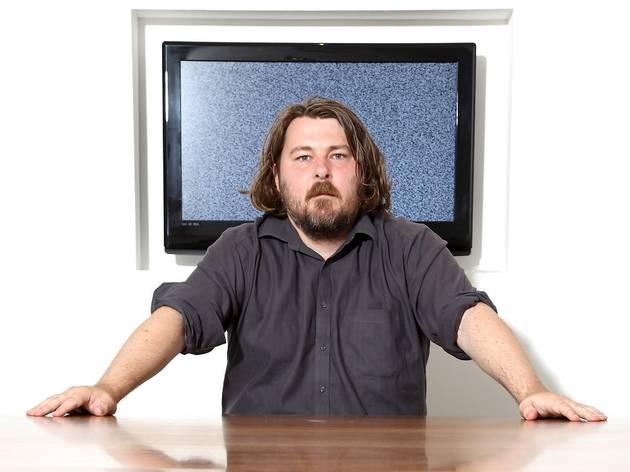