Benedict Cumberbatch's much-hyped 'Hamlet' was a splash underwhelming, and it was a bit of an off year for new musicals. But just look at all the other cool stuff that was on the London stage in 2015! Here are our top shows of the year. 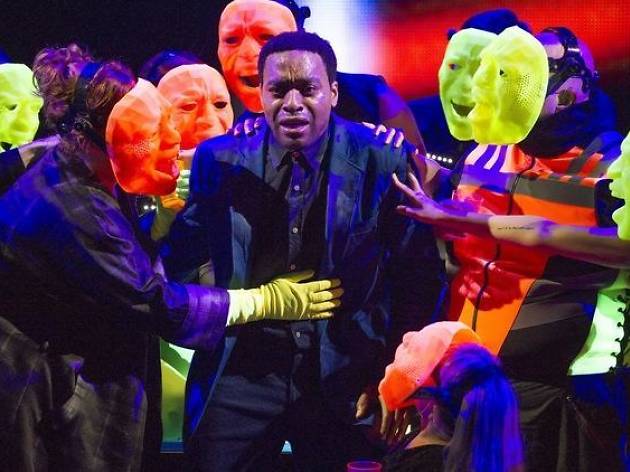 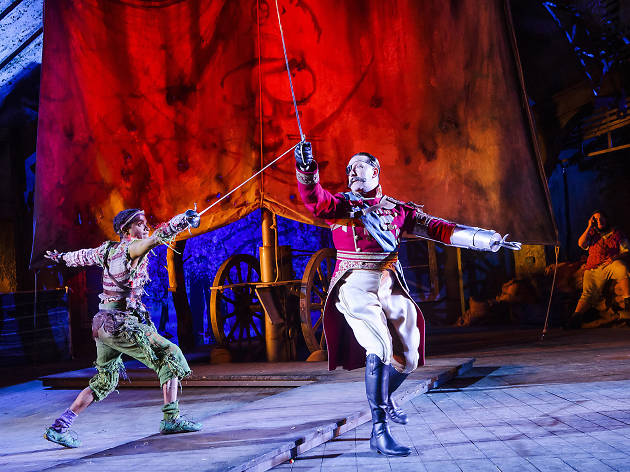 This tour-de-force take on JM Barrie’s play was one of the highlights of the summer, a dark, elegiac, visually ravishing World War One-set reformatting of Pan and the gang’s antics. Hopefully we haven’t seen the last of Timothy Sheader’s production. 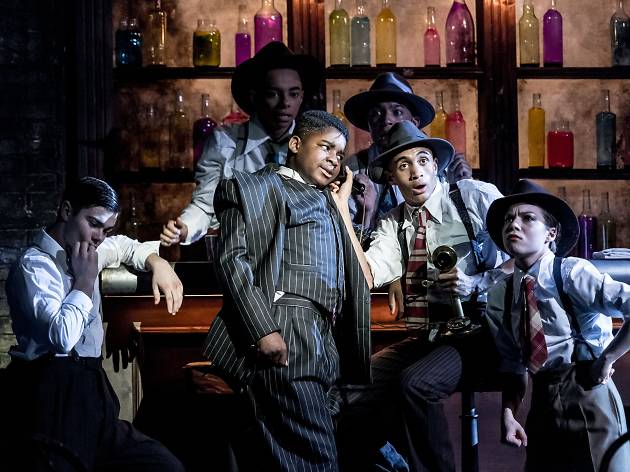 The Lyric emerged from the chrysalis of upgrade works and the self-consciously cool Secret Theatre project it's been running for the last two years with this riotous comeback, a very, very rare revival of Alan Parker’s gunge-tastic kiddie gangsters musical. 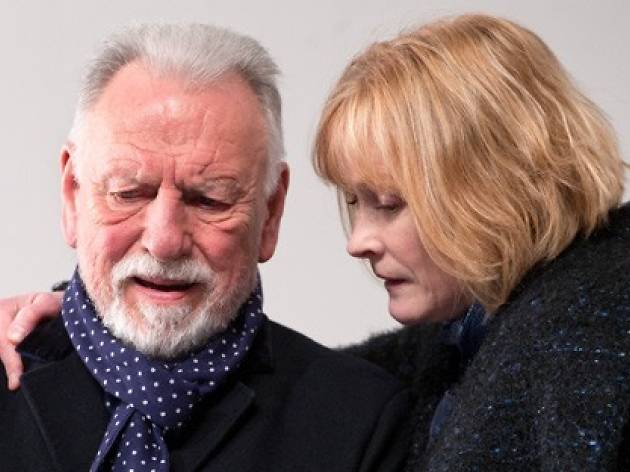 Powered by a great performance from the veteran Kenneth Cranham, this chic, dark French drama that treated dementia like a Pinter-esque mystery was an unexpected but deserved smash for the Tricycle, going on to complete a season in the West End. 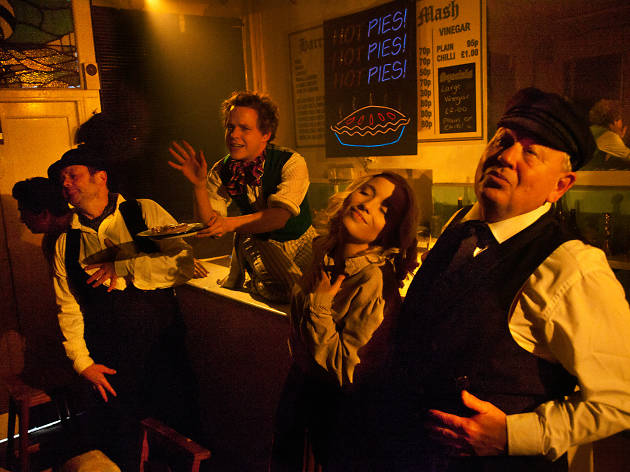 The sheer chutzpah of transferring this site-specific take on Stephen Sondheim’s gory musical from a pie shop in Tooting to an exact replica of the same pie shop in the West End is basically enough to earn Tooting Arts Club’s wonderful ‘…Todd’ a spot for the second year on the trot. 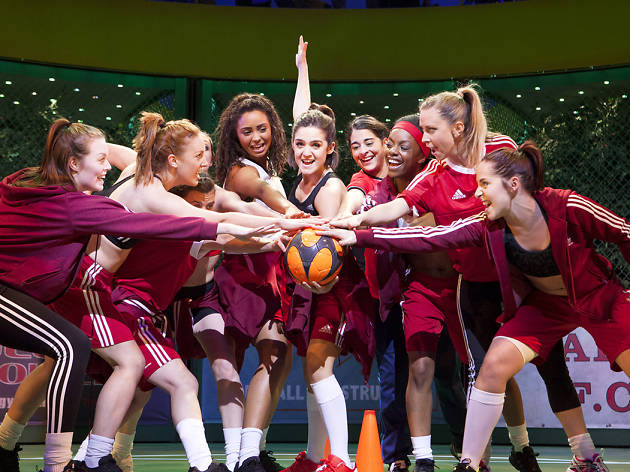 It’s not been a vintage year for new musicals, but the West End’s great British hope was a real charmer, Gurinder Chadha’s ebullient, feelgood adaptation of her own smash Britflick. 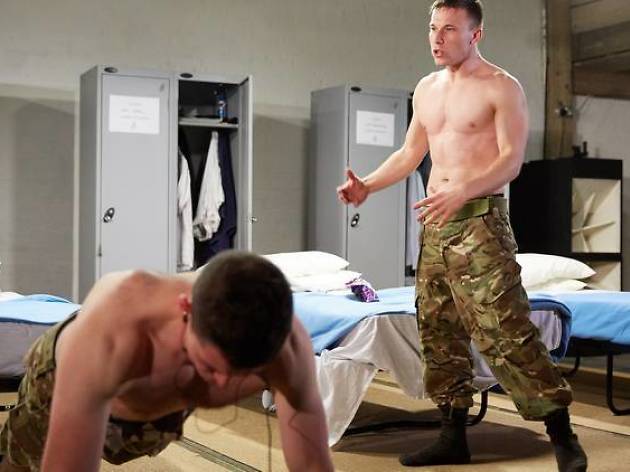 The Yard cemented its reputation as the most important theatre in east London with Pamela Carter’s unsettling new play about the lives of barrack-bound British soldiers. 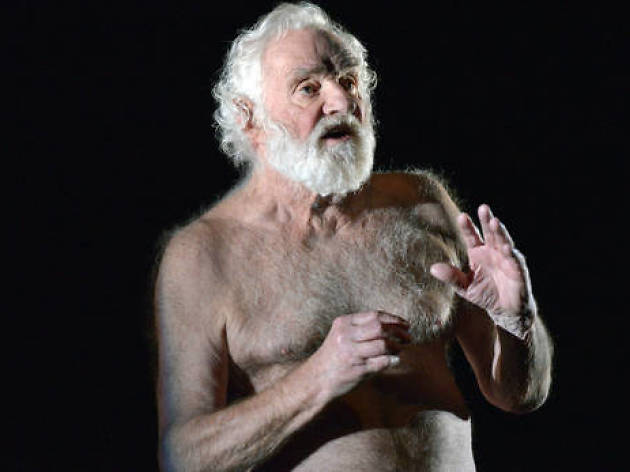 One of the last plays of the year and one of the most sharply divisive, the great Caryl Churchill’s short triptych about death is a wantonly challenging gaze into the void that no other writer on earth could have thought of, let alone pulled off.
Read more
Advertising 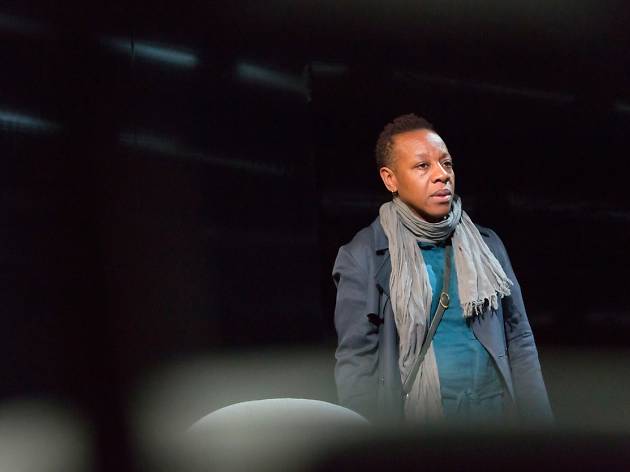 15 London theatre shows we loved the most in 2015: Photo by Stephen Cummiskey

The enigmatic Debbie Tucker Green – or debbie tucker green as she prefers – returned with a devastating study of grief and anger in which Marianne Jean-Baptiste starred as a grieving mother being offered to take revenge on the (presumed) killer of her child by a pair of bumbling bureaucrats. 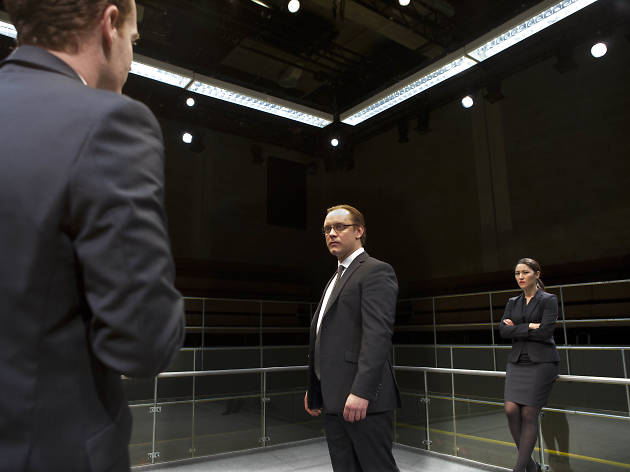 It’s been a big year for Mike Bartlett: his ‘King Charles III’ took Broadway by storm, and he had a big TV smash with ‘Doctor Foster’. Originally seen in Sheffield in 2013, ‘Bull’ was a lower-key work, but certainly not one to be overlooked: a merciless, predatory depiction of workplace bullying set in a boxing ring, audience members were observed passing out from its sheer intensity. It returns recast over Christmas. 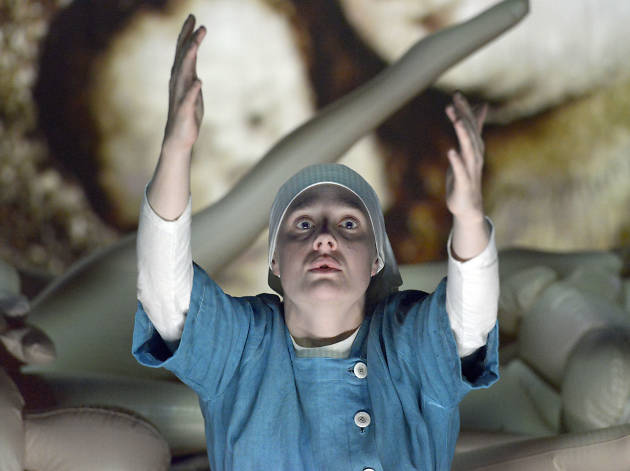 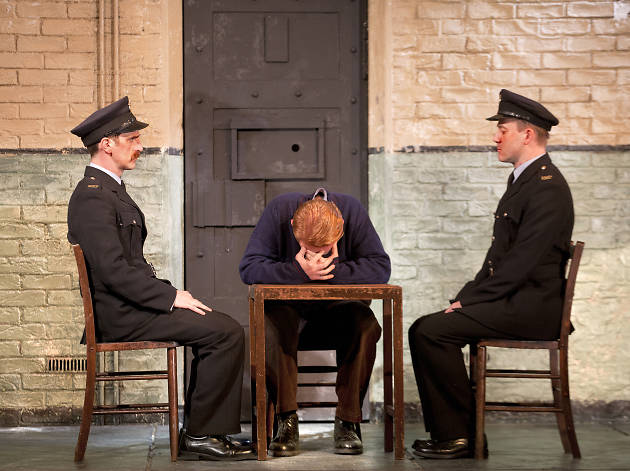 After a decade away from theatre, Martin McDonagh effortlessly retook his crown with this pitch-black, precision-tooled comedy about Britain’s last hangmen and the collision of the ’60s dream and an older, bleaker England. 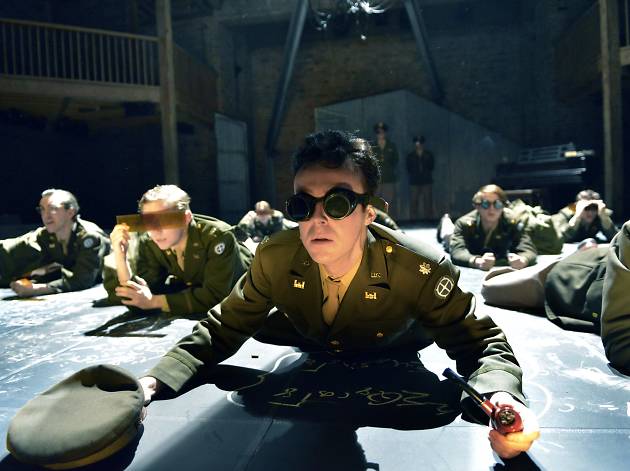 The RSC’s epic drama about Robert J Oppenheimer – the father of the atomic bomb – was a remarkable bolt from the blue by little-known writer Tom Morton-Smith. In a stupendous performance, John Heffernan was less a science boffin, more a shaman, conducting a terrible ritual that would change the world forever. 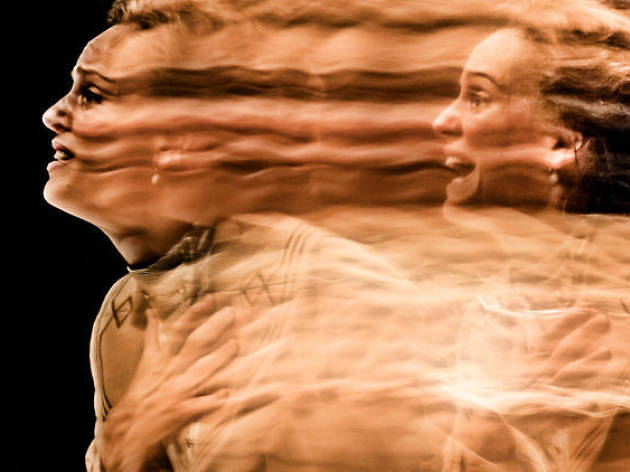 Duncan MacMillan’s ‘People, Places and Things’ is a darn fine piece of writing. But what elevated it into an event was the staggering central performance from Denise Gough as an incorrigible, inscrutable addict hurling herself through rehab with reckless abandon. It is a performance that should to win awards and finally elevate Gough to the big league she deserves: the show and its star transfer to the West End in March. 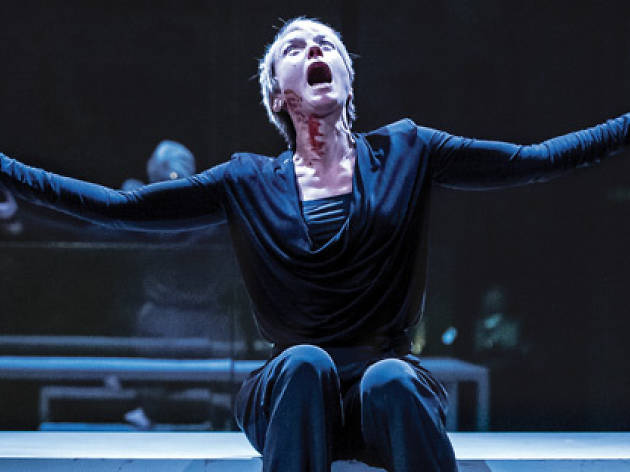 Following ‘Chimerica’ and ‘King Charles III’, the Almeida tops our end of year list for the third year on the trot. Robert Icke’s epic, harrowing, gorgeous, thoroughly modern rewiring of  Aescylus’s millennia-old trilogy of plays was extraordinary stuff, propelled by a phenomenal performance by Lia Williams as Klytemnestra. But it’s writer-director Icke’s devastating script and chicly avant-garde sensibility that burns brightest in the mind. 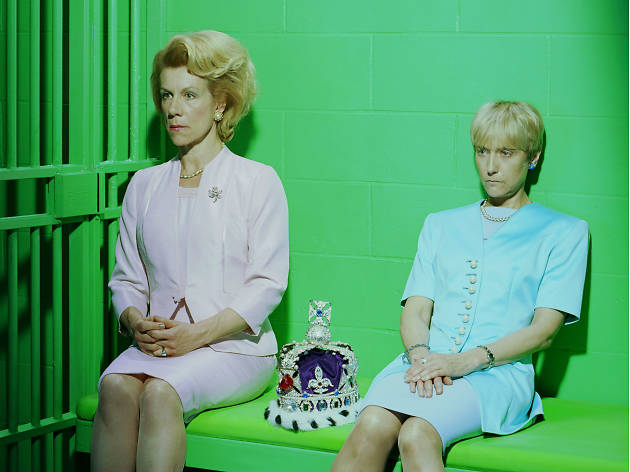 Find the best London theatre shows for 2016 with our guide to all the best immersive, musicals and off-West-End shows on offer before the year's up. 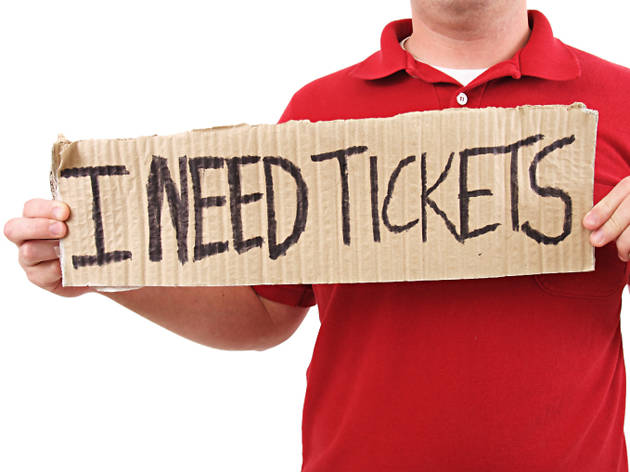 Terrified at the prices of theatre tickets in London? Worried that you can't get tickets to a sold out play or musical? Or just a fan of a good discount? The top prices in the West End can be daunting, but cheap theatre tickets abound in London… if you know how to get them. Here are Time Out’s tips on where to find them, as well as the best ways to score last minute tickets to sold out shows.