My Account My Profile Sign out
My Account
Search
Worldwide Europe United Kingdom England London Oi, Sadiq! Why is it so hard to throw an all-night party in London?

Every few weeks we’re giving some of our favourite Londoners the chance to put one big question to the Mayor. Ksenia Zemtsova and Philippine Nguyen are the founders of Art Night – London’s awesome, free late-night art party. But as their question for Sadiq Khan reveals, it’s never easy to get permission to run through the early hours…

Ksenia ‘Oi, Sadiq! London aspires to be a 24-hour city – but its pubs, clubs, museums, restaurants and other venues close much earlier than in other major capitals. After four years of Art Night, we still struggle to run our events until late, whereas similar festivals in 30 cities around the world often continue until 6am. How can London develop its culture beyond 11pm?’

Sadiq ‘When I first became Mayor, we set up a commission to report on the night-time economy, and we’re now acting on some of their recommendations. I also appointed London’s first ever Night Czar to work with councils and businesses for a thriving night-time economy.’

Ksenia ‘But still, the few night-time cultural offers – like Tate Lates – all finish at 10pm! When we bring over partners from Paris, Amsterdam or Berlin, they’re always very surprised that they’re not able to perform or work after midnight.’

Ksenia ‘It’s hard to see that. It still feels like there are lots of venues losing their licences or closing. And we’ve worked across six London boroughs and have always struggled to do anything late.’

Ksenia ‘We’ve been asked to close some events at 9pm! I think perception of late-night culture is still a problem. In a lot of countries, it would be much easier to run an event until 2am, because culture and entertainment aren’t associated with anti-social behaviour. Whereas that association is still very strong in London.’

Sadiq ‘If you were to say “night-time economy”, many people would think of anti-social behaviour. We’ve got to change things, so that councils realise night-time culture isn’t the bogeyman. Councils are in charge of licensing, so we need to address their concerns. We want to persuade boroughs to have more on offer, particularly in the evenings and the weekends.’

Ksenia ‘And yet licensing and security worries still make it really hard to run late-night activities like visual arts in the public realm.’

Sadiq ‘At City Hall we’re bending over backwards to involve the cultural sector. I mean, we’re criticised for doing too much culture! But it’s really important to improve London’s night-time culture. The average age of a Londoner is 34 – and 34-year-olds don’t just sit at home and watch Netflix.’

Fancy a late one? Discover London after 2am 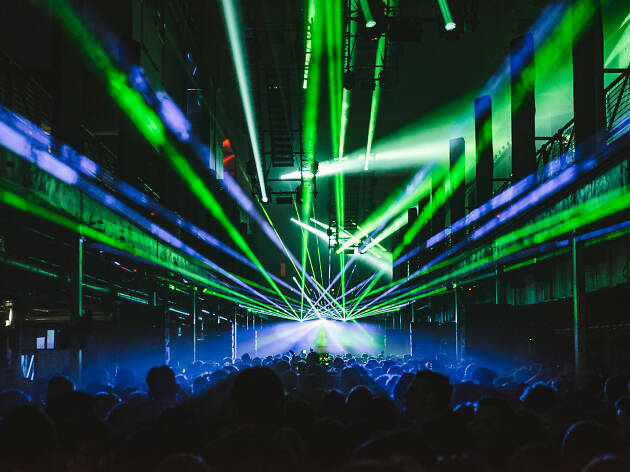 Get off your sofa and pause Netflix. Time Out’s Nightlife and Things To Do editors have joined forces to pick the best places to spend your precious evenings. So don’t stay in!