Anyone who has walked through Piccadilly Circus recently will have noticed there’s something intriguing happening in that big building at 55 Regent Street: the Curiosity Rooms. If you haven’t ventured inside, you’re missing out: Google Pixel 3 is hosting five weeks of talks, workshops, happenings, parties, photo opportunities, popups and immersive experiences to help make every day more extraordinary. One of the most exciting events is two dinner parties (December 14-15) curated by charismatic Guardian columnist Grace Dent. The high-haired foodie has invited the talented chefs from her favourite neighbourhood joints to come in and each cook a dish for a magnificent seven-course meal. Tickets are now sold out, but fear not: we’ve got a few to give away online (enter here). We’ve also put together a guide to the chefs, their restaurants and the dishes Grace has chosen, so next time you’re looking for somewhere to eat, you’ll know how to dine like Dent. 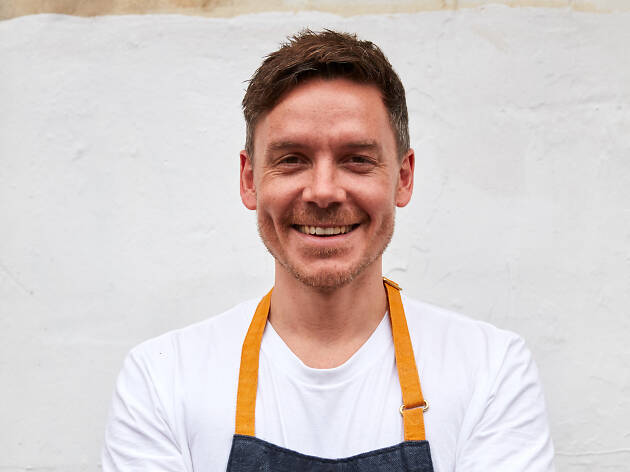 For the last six years, chef Nicholas Balfe has been delighting Brixton with an inventive food and choice of organic, bio-dynamic wines at his popular Brixton Village restaurant, Salon. It serves an ever-changing set menu of four or seven courses which celebrates the best produce of the season – and it’s consistently delicious. This year, he’s ventured further south, opening a second much-lauded restaurant, Levan, in a former industrial space in Peckham. The all-day menu of contemporary European dishes is inspired by his favourite eateries in Paris, Copenhagen, Barcelona, Stockholm and Berlin. One of Salon’s signature dishes is its ’nduja croquettes, which he’ll be serving as the snack at the start of the meal. 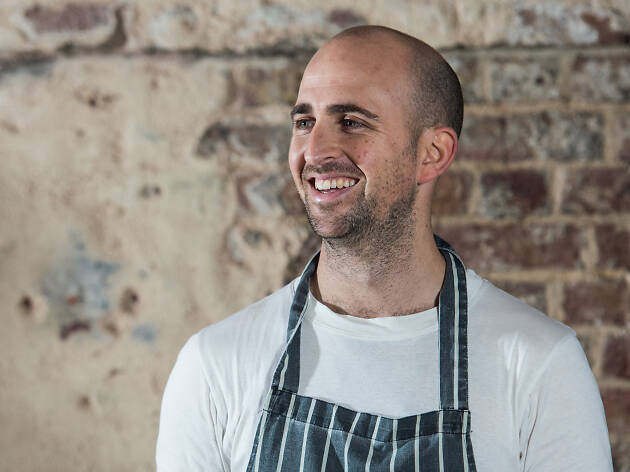 Growing up in north London, Josh Katz was inspired by the many Israeli restaurants, falafel shops and shawarma houses he frequented, as well as his travels around New York, Istanbul, Marrakech and the Middle East. He brought together all these influences and his experiences working for Ottolenghi and Galvin when he opened Berber & Q Grill House in 2015, a vibrant BBQ-style sharing menu in an arch in Haggerston. He followed this up the next year with a second place in Exmouth Market specialising in shawarma. The best thing on the menu? The legendary cauliflower shawarma, which is exactly what he’ll be cooking as the small veggie starter. 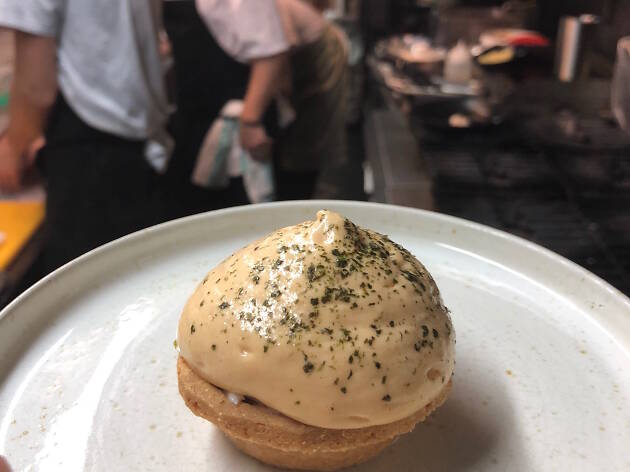 The idea of Kentish-Scottish-West Indian food might sound like a mouthful, but James Cochran knows what he’s doing. After five years at The Ledbury, James opened his first eponymous restaurant in Liverpool Street in 2015. However, don’t be fooled: although his name still hangs above the door, the 2018 ‘Great British Menu’ star actually left James Cochran EC3 in April this year. If you want to taste his food now, head to his exciting new venture 1251 on Upper Street, which opened this summer and is serving up sharing dishes in his signature mash-up style, such as the pickled white crab tartlet he’ll be cooking for Grace and co. 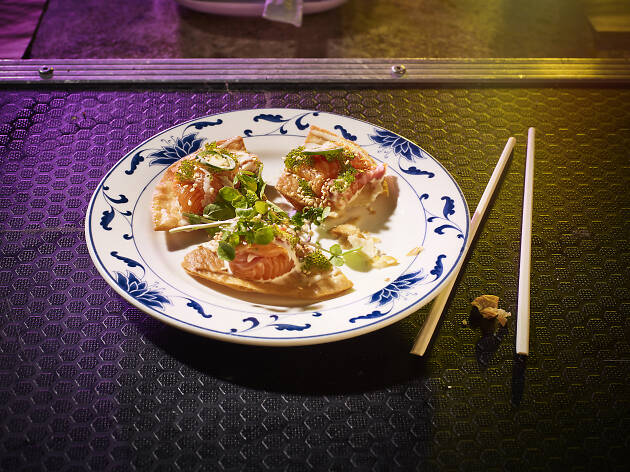 Scott Hallsworth combines diverse influences to create exciting and bold fusion dishes. The Australian former Nobu head chef opened a pop-up called Freak Scene in Clerkenwell in 2017 before finding a permanent home for it in Soho in March this year. The fun pan-Asian restaurant is counter-seating only with walls covered in manga-style cartoons, and it serves up creative dishes like the signature salmon sashimi pizza that Scott will be making as the small fish course. 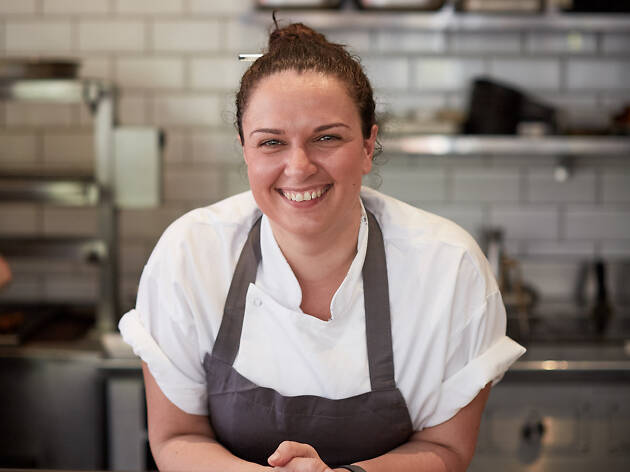 An oklava is a traditional rolling pin used to make breads, pastries and pides (a flatbread with toppings, sort of like a Turkish pizza), all of which you can find on Selin Kiazim’s Turkish-Cypriot menu at her Shoreditch restaurant of the same name. After running successful popups across London, Selin opened Oklava in 2015 and is transforming how we see Turkish food. These are some seriously high-end kebabs, alongside southern-Med-meets-Middle-Eastern small plates. You can get a taste of her style during the small meat course, for which she’s cooking lamb breast with yoghurt and pomegranate molasses. 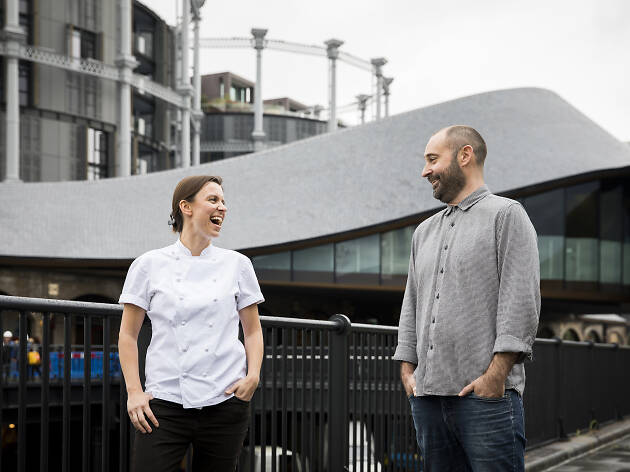 It makes sense that Pip Lacey’s course follows on from Selin’s as they both starred on ‘Great British Menu’ in 2017. At the time, Pip was working as the head chef at Angela Hartnett’s Michelin-starred Café Murano but she left in August last year to set up her own restaurant, Hicce, which has just opened in new King’s Cross shopping and dining hub Coal Drops Yard. It focuses on wood-fired cooking with a Japanese and Norwegian-inspired menu. How this will be reflected in her dish, a caramel dessert, is yet to be revealed but we know it will be damn delicious. 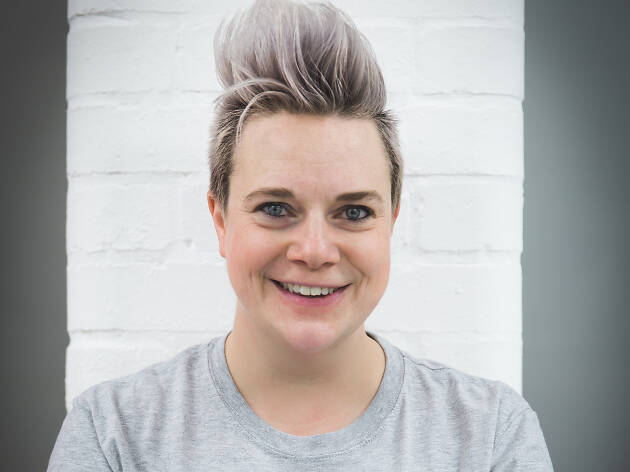 Club Mexicana will change the way you see vegan food. Meriel initially hosted supperclubs before launching the incredibly popular Club Mexicana street food stall that can be found at Dinerama. If you’d rather try her food with a knife and fork, head to 100 percent vegan pub The Spread Eagle, which Meriel opened with Luke McLoughlin earlier this year, bringing some of the best tacos in town to Hackney. To finish off Grace’s spectacular supper, she’ll be creating a taco mille-feuille dessert made with vegan cream, lemon curd and blueberry coulis. 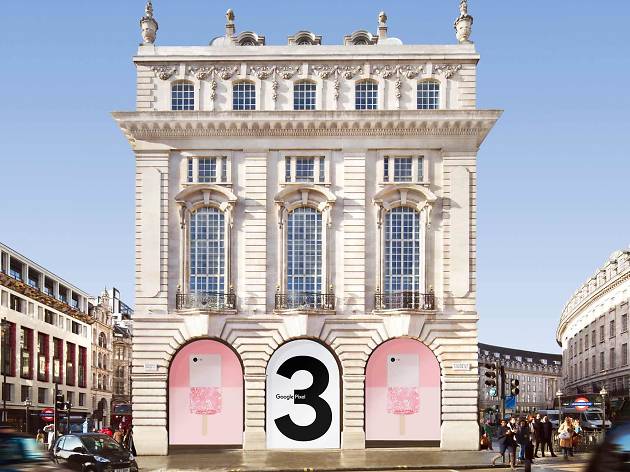 The Google Pixel 3 Curiosity Rooms are free to enter and you don’t need to book tickets: visit from noon-9pm on Thursday to Saturday, and noon-6pm on Sunday until December 16.