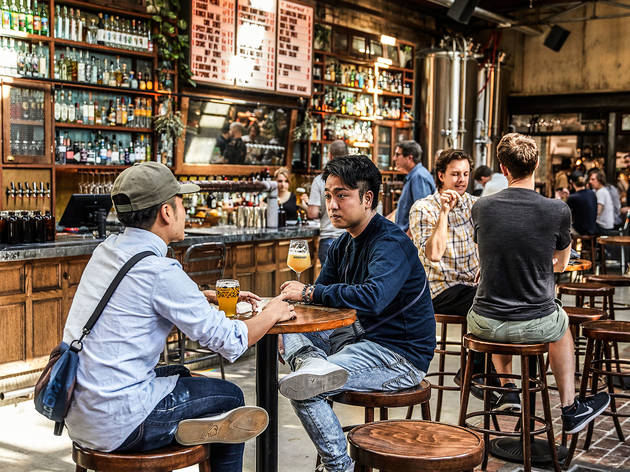 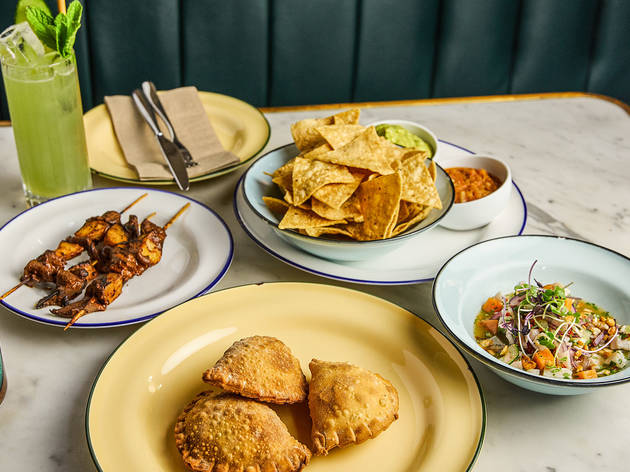 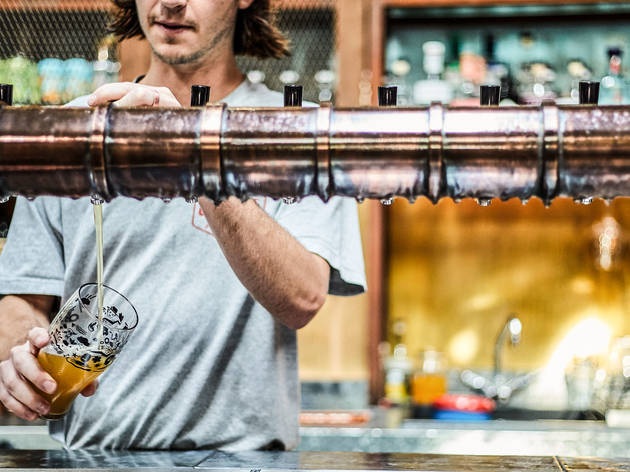 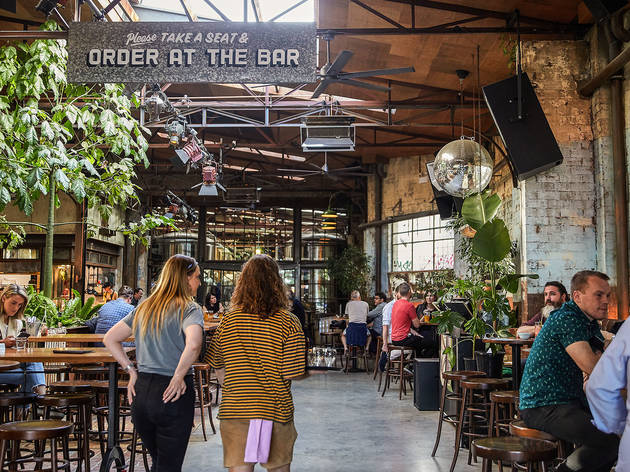 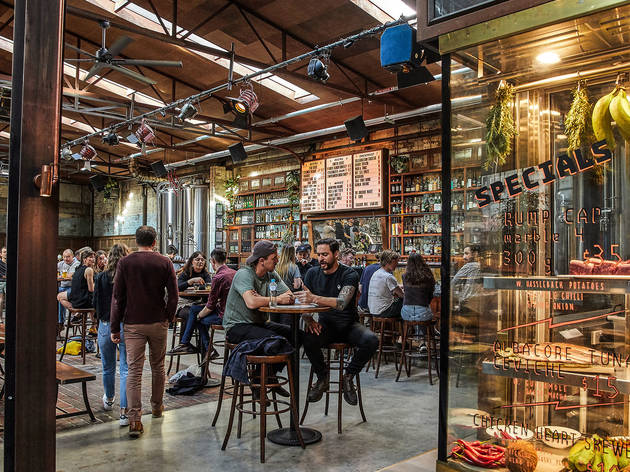 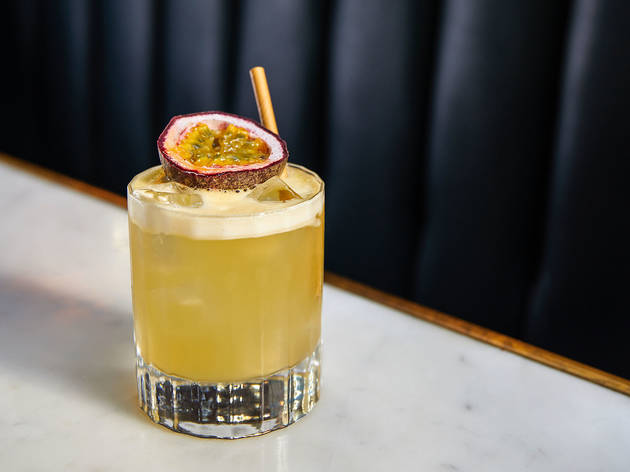 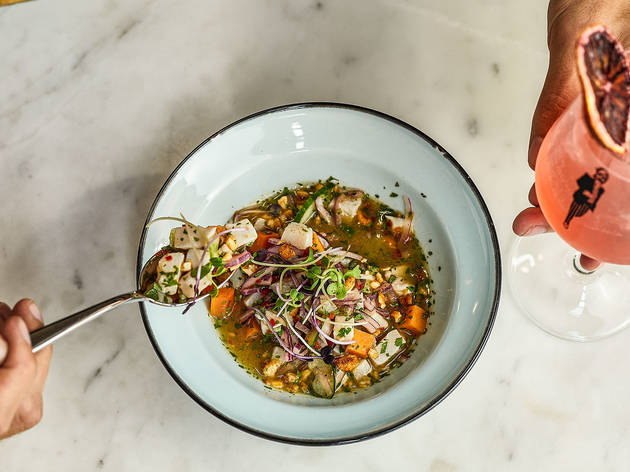 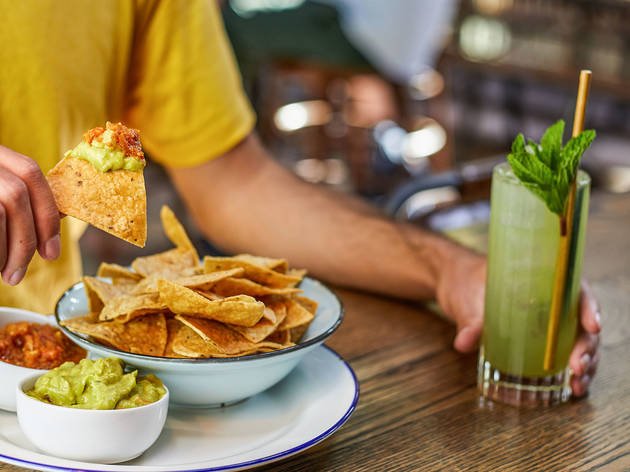 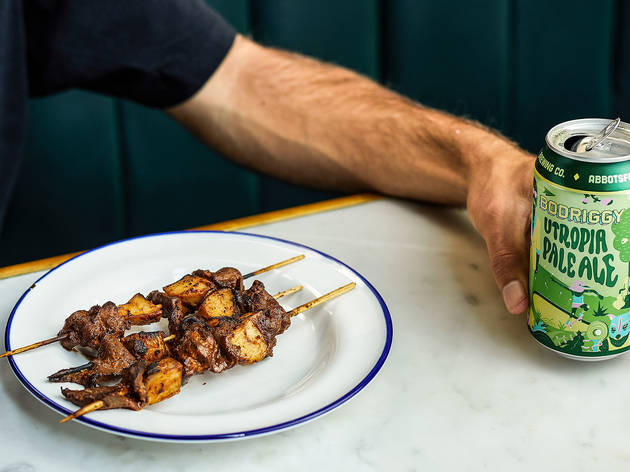 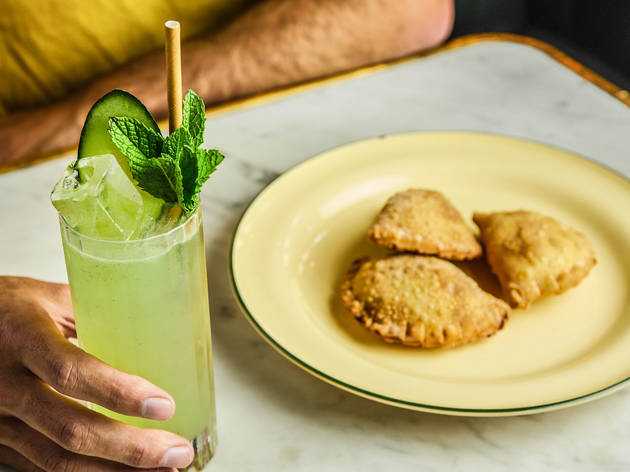 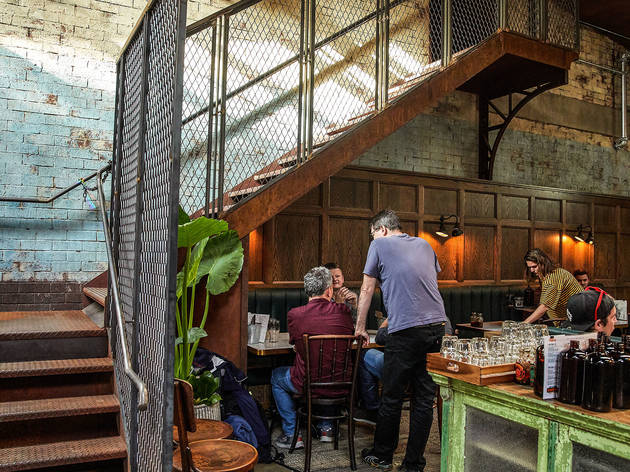 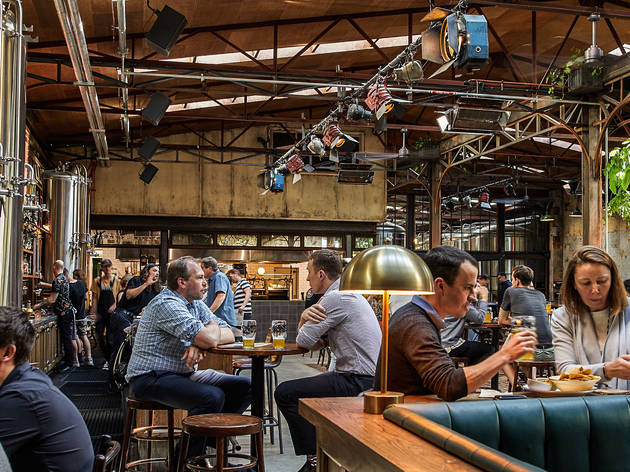 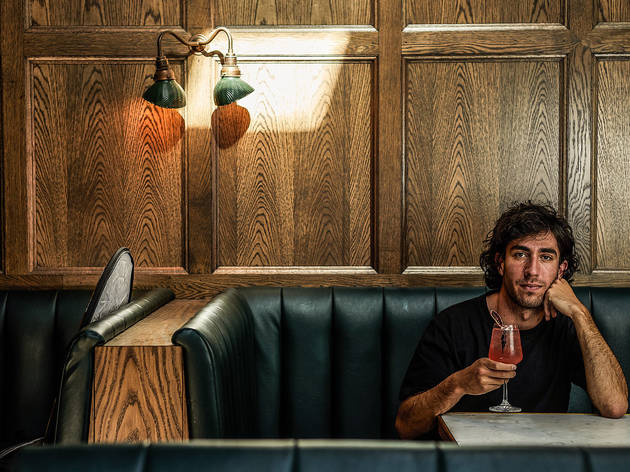 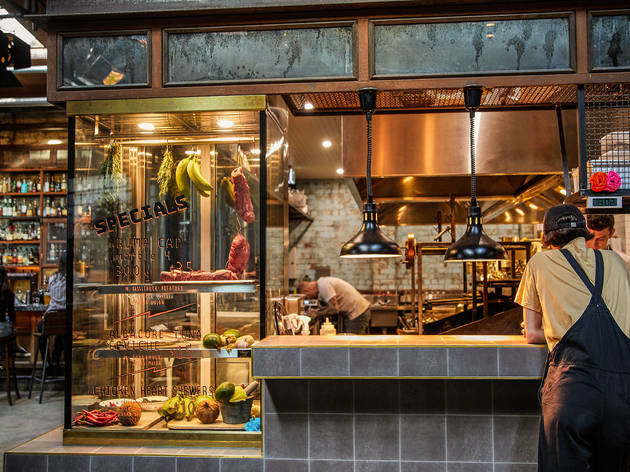 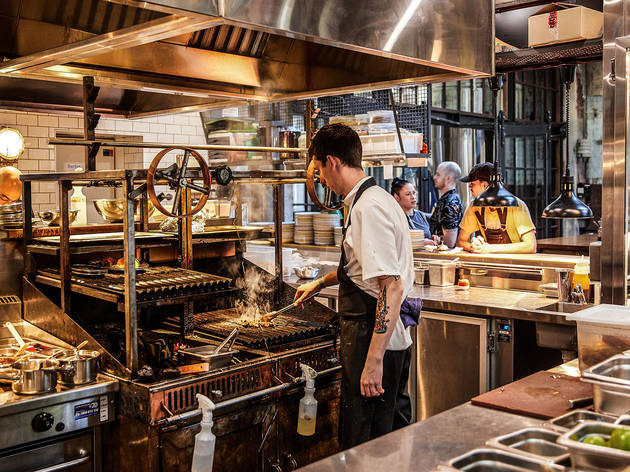 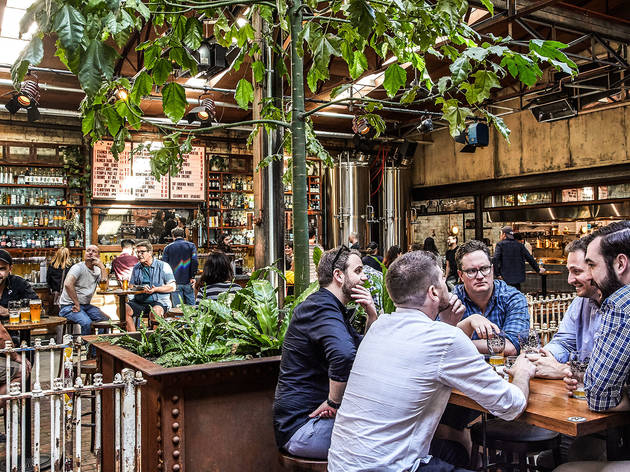 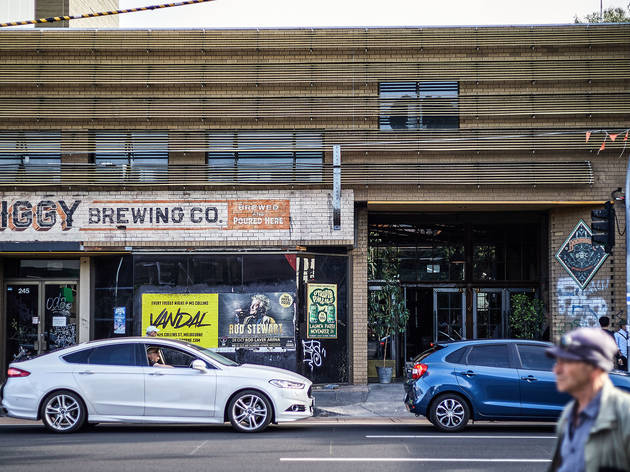 A beer-fuelled playground for grown-ups thrives in trendy Abbotsford

It’s Saturday evening, and Boddriggy Brewing Co’s brewery/beer hall in Abbotsford is pumping. Eight bartenders sling all manner of suds at the thirsty crowd from three huge banks of taps, sweating to keep up. This huge warehouse space holds the attractive, 30-something crowd well; it’s easy to move around, and conversation doesn’t mean shouting. Shiny steel brewing tanks watch over the happy throng from behind a glass wall, and a disco ball rotates serenely to bass-y lounge beats. The venue has an adult vibe, and this is an adult crowd. There’s no kids’ menu and no playground here, but rather an advanced offering of fresh beer, great food and serious cocktails for grown-up people with grown-up tastes.

From those taps come the freshest of Bodriggy’s beers. Cosmic NEIPA is all mango fruit balanced by the bitterness of hops. It’s not as thick as some other NEIPAs, and the hops comes through strong, ticking boxes for any pale ale aficionado. Along with the core range, limited releases are also on offer, like Moon Beam kettle sour, brewed with ginger for a bright, zippy beer that’s super smashable despite its cloudiness. But then, you’d expect the beer to be good.

Most brew halls’ food is crowd-pleasing basics, and cocktails, if offered at all, are an afterthought. Not so here. The kitchen is headed by Johny Dominguez, a Mexican-born chef with serious Melbourne chops (Dinner by Heston, Vue de Monde) whose menu channels the electric and eclectic food culture of South and Central America. The ceviche is a perfect balance of sour and creamy, salty and sweet, freshness and spice where so many others fail to nail it. Order corn chips on the side to use as edible scoops. Anticuchos are grilled skewers of tender beef heart that taste like the empirical ideal of red meat and linger with earthy spice, while the empanadas’ thin, buttery pastry displays a delicacy usually reserved for desserts.

The bar program is headed up by Max Hart (Boilermaker House) and Michael Braun (Black Pearl), who bring their creativity and years of high-end cocktail experience to bear on a list of drinks better than most dedicated cocktail bars’. Left-field ingredients abound, like beer (of course), house ferments and escabac – a botanical spirit similar to gin, but without juniper. The latter is used in a Collins with sherry and cucumber for an ultra-refreshing glass of summer garden flavours that blows the standard Gin and Tonic out of the water. Five house wines are also on tap. They skew local and funky, like a Garage Project wild fermented sav blanc, with a few other options by the bottle for $80 or less. There’s a crazy list of mezcal that you should definitely explore (it’s like the single malt of tequila) and plenty of single malt whisky, too.

There’s a lot going on here, and our only small caveat might be that sometimes it’s hard to know where to look. But Bodriggy has taken the idea of the brew hall, matured it and elevated it by investing in chefs and bartenders who really know what they’re doing. Bodriggy offers a full-service experience that’s much more than a vehicle for its own beer. It’s also helping to make this strip of Johnston Street one of Melbourne’s most exciting entertainment precincts. You should go there. Just don’t bring the kids.