There’s something brewing in the heart of Little Collins Street. It could be the numerous jars of potato skins or cabbage fermenting away in Sunda’s latest sibling, Aru Restaurant, or perhaps it’s Khanh Nguyen’s playful and determined spirit. Whatever it is, it’s a welcome change in a relatively underserved pocket of the CBD.

Owned by Adi Halim (owner of Sunda and the Hotel Windsor) and helmed by executive chef Khanh Nguyen (Mr Wong, Bentley Restaurant and Bar and Cirrus), the venue heroes pre-colonial techniques of cookery across Southeast Asia – “cooking over fire, preserving, fermenting, dry-aging, curing and all those kinds of treatments” says Nguyen.

“We were inspired by the street vendors across Southeast Asia cooking over pans or woks on flames, and there weren't any restaurants that centred fire and focussed on Asian flavours,” he says. As for the venue’s name, it comes from an Indonesian group of islands that acted as a trading port for luxury ingredients prior to colonisation.

A charcoal blaze fires up the hearth in the 16-metre-long open kitchen, and bar seats dot the bench so punters can get a glimpse of the action. Blond tables and chairs are lit by spotlights, and woven metal mesh curtains separate sections – a signature touch in tribute to Sunda’s interior by Kerstin Thompson Architects and Figure Ground Architecture.

Native bush foods dominate the menu, which has a pan-Asian bent, and this extends to the cocktail list by group bar manager Darren Leany (Capitano, Milk & Honey, Dandelyan and Dinner By Heston). An Umami Martini isn’t the name of a Japanese pop song, but a delectable iteration of a briny Dirty Gin Martini with Four Pillars' savoury olive leaf gin, Genmai-zake (brown rice sake), complete with a tart, plump bush tomato. The team source their bush foods from many suppliers, including Indigenous-owned bush foods supplier Something Wild.

The dishes on offer are Nguyen’s playful take on traditional meals. We get started with a leatherwood honey-glazed duck sausage (similar to nem nướng) sanga that’s a slightly sophisticated nod to Bunnings complete with palm-sized slices of fluffy white bao dough bread, followed by a slice of pâté en croûte that mimics the flavours of bánh mì. A vinegary side salad of grated daikon and carrot is dotted with egg mayo and works in harmony with the thick vein of Maggi seasoning-infused jelly, halo of creamy chicken liver pâté and spiced speckled meatloaf. There’s no need to reinvent the bánh mì wheel, but this tongue-in-cheek iteration is highly welcomed.

“French brought pâté and bread to Vietnam and this started bánh mì, and what I’m doing at Aru is the Vietnamese version of charcuterie,” Nguyen says. “That's why we have the charcuterie section, because we're taking the next step and drawing inspiration from that rather than doing the usual Vietnamese pork loaf, which was inspired by the French.” It’s a delicious case of the colonised getting their dues.

A hasselback potato soon follows with a crisp shell. It’s amplified by a herbaceous green sauce, but the velvety piping of Laughing Cow Cheese seems like an unnecessarily rich accompaniment. Half of a glistening roasted dry-aged duck is perfectly rosy inside and is supplemented by a moreish side salad of quandong, black cabbage and bamboo, but the richness of it all requires more of a sweet or sour reprieve than the halved quandongs alone. A 2019 Pierre-Yves Colin-Morey Bourgogne Aligoté lends its acidity and notes of yellow citrus nicely, and we’re in luck as it’s the venue’s last one.

The most aromatic dish of the evening has to be the fire-licked Moreton Bay bug. It’s a cross-cultural extravaganza, with the bug meat cooked in native herbs like bush tomato, aniseed myrtle, lemon myrtle, pepperberry and pan-Asian herbs and spices like lemongrass, chilli and turmeric. It’s succulent, smokey and gone in 60 seconds. A quarter sugarloaf cabbage arrives with the bug, singed and softened, coated in glossy strands of miso butter enoki mushrooms – yes, there’s an umami theme here. The miso itself is constructed from the outer leaves of the cabbage in a bid to reduce waste. Cue: Dennis Yong from Furrmien, who has joined the team to produce ferments using offcuts for Sunda and Aru.

We culminate the evening with a glass of Amaro Nonino from the Amaro section of the wine program, a program meticulously constructed by group beverage manager Michael Kovatseff-​Burton and head sommelier Richard Buck (Restaurant Gaea) that breaks down the 400-strong wine encyclopedia into approachable categories. Dessert is a Dutch-Indonesian-Singaporean affair with an ice-cream sandwich, toting a kaya jam parfait between two brittle koji waffles (whose flavours imitate a caramelly stroopwafel) and an unwavering ribbon of zingy desert lime jam.

“The Dutch had colonised Indonesia for a while. There are already influences in the cuisine, like with the Dutch there's a stroopwafel and in Indonesia there’s now the wafel setrop, and so I’ve altered kaya toast (from Singapore) to be like a hybrid of an ice cream sandwich and a kind of waffle,” Nguyen says.

It’s a spirited take on the ‘f’ word that can often miss the mark, but here, Nguyen manages to make light-hearted commentary on colonisation through his fusion food, and he does so in a way that’s both moreish and respectful. 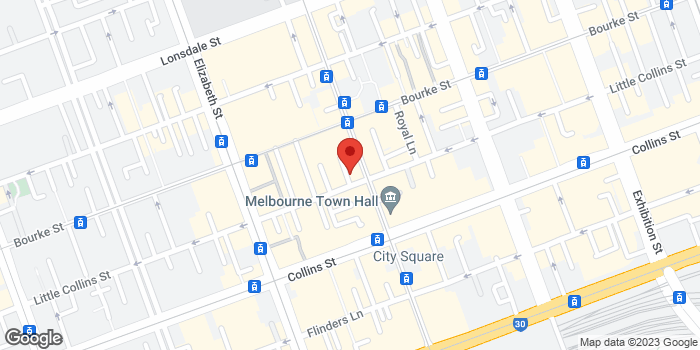