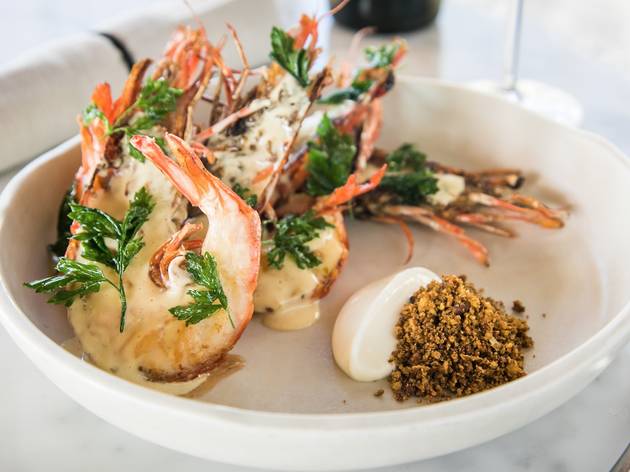 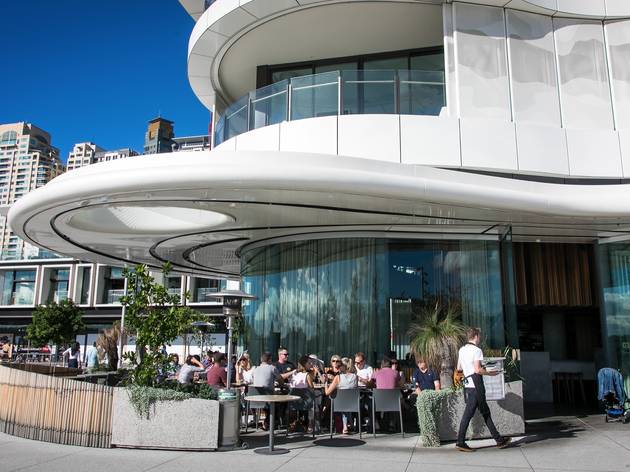 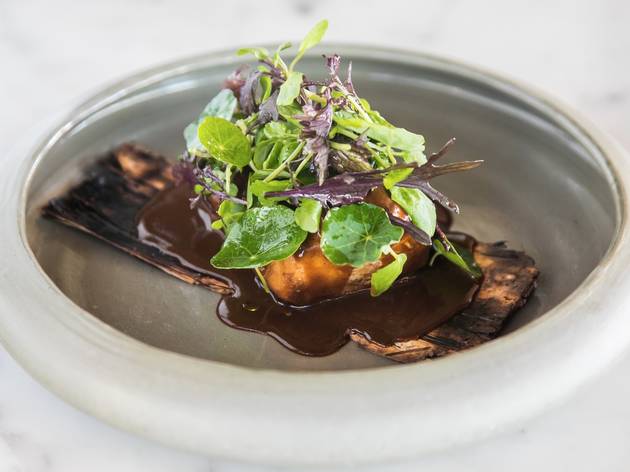 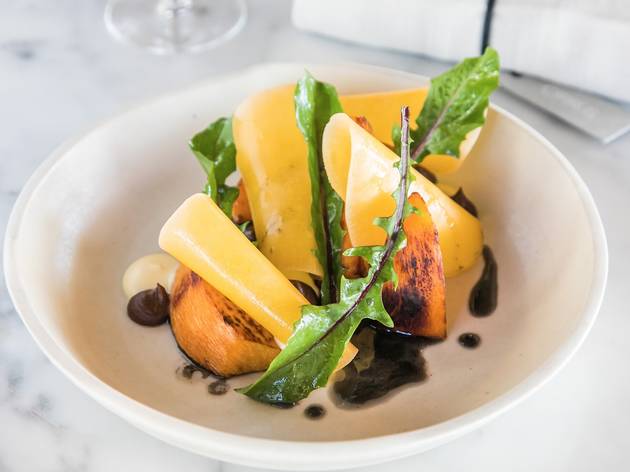 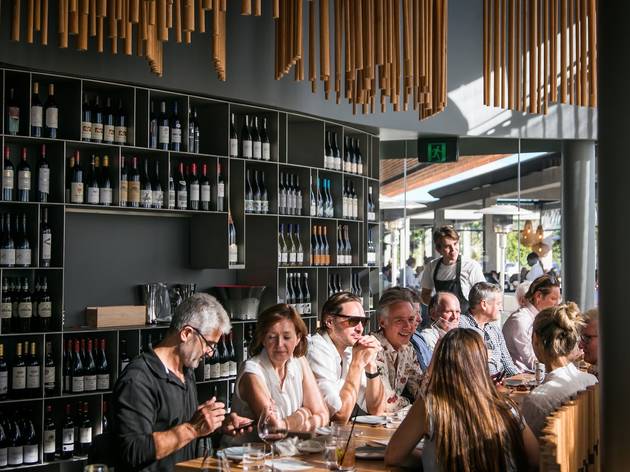 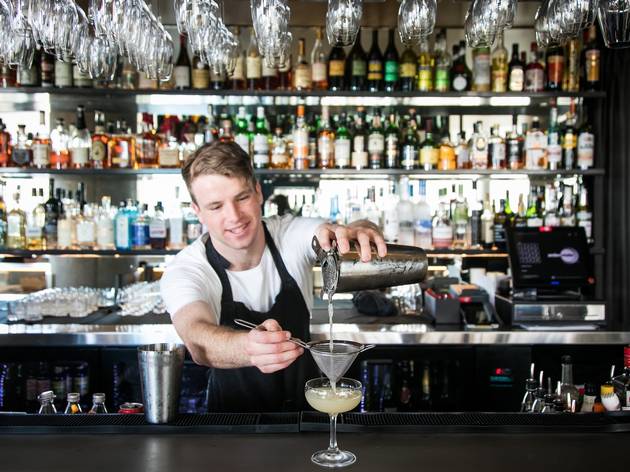 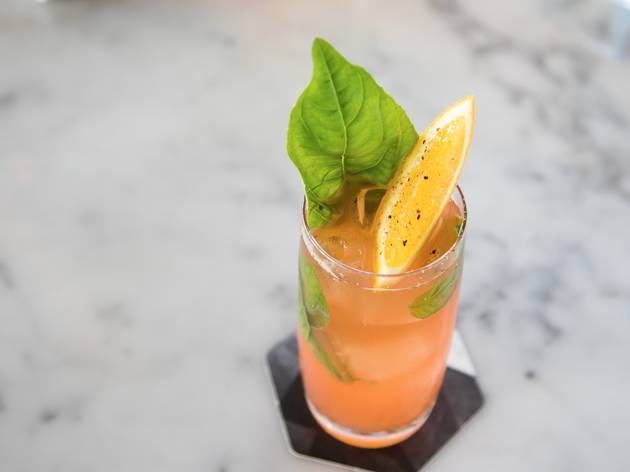 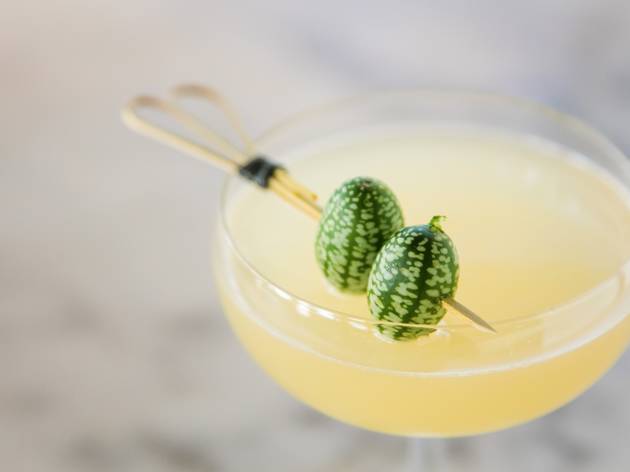 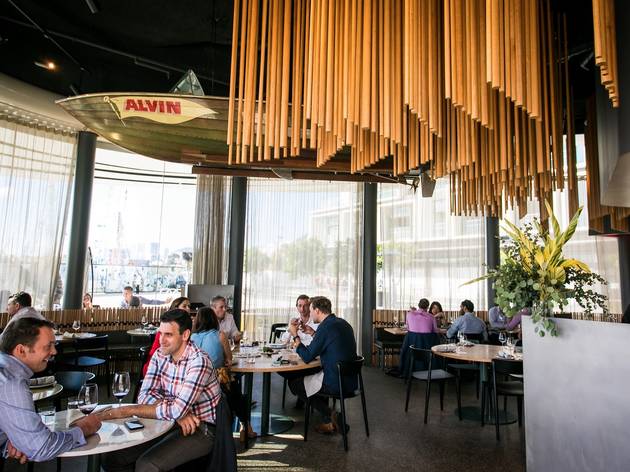 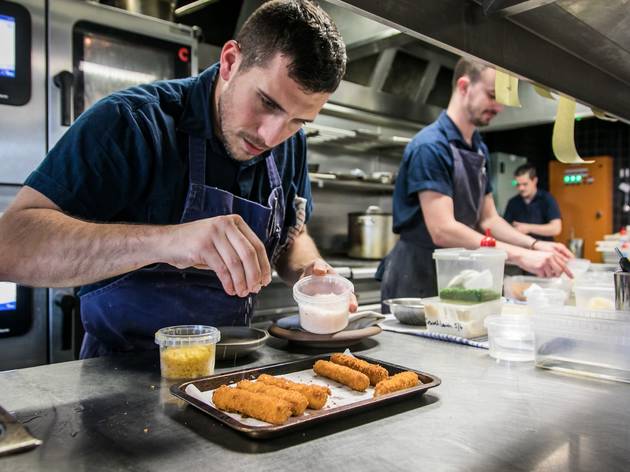 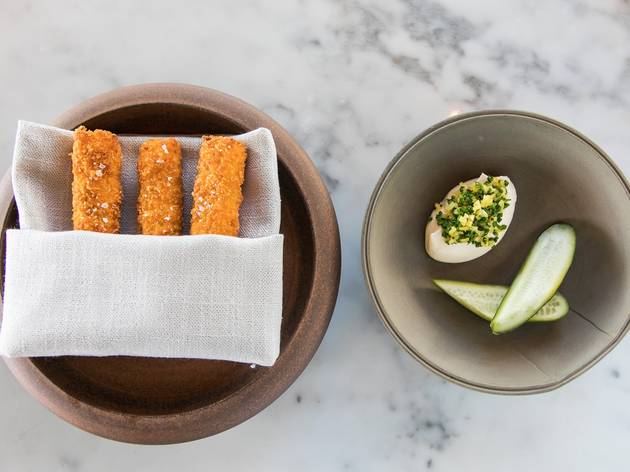 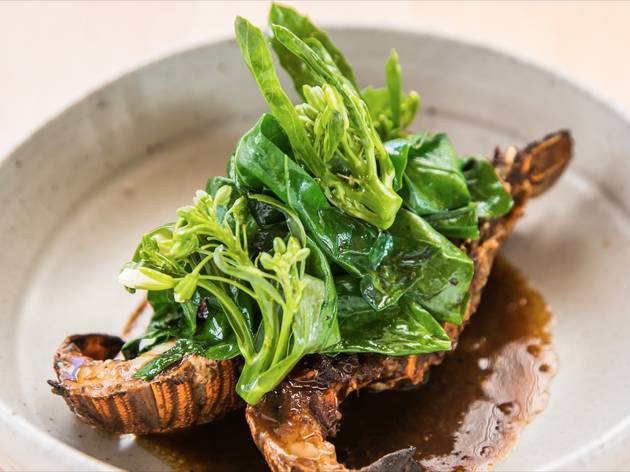 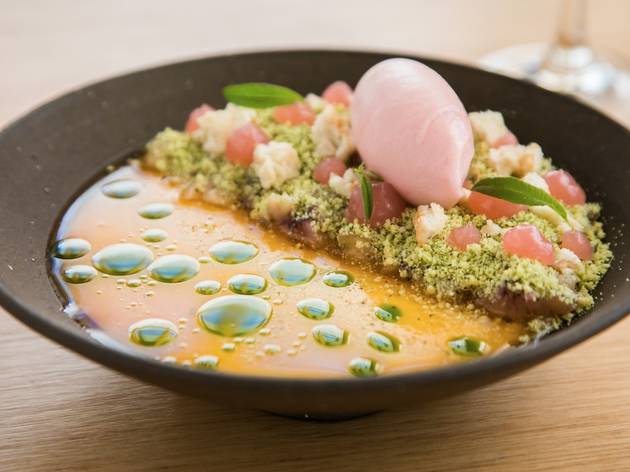 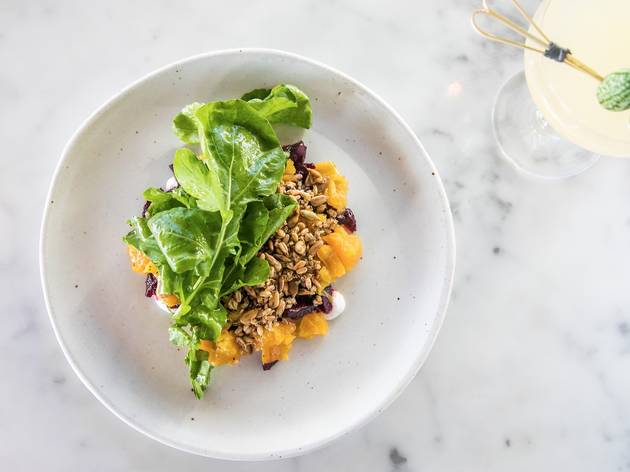 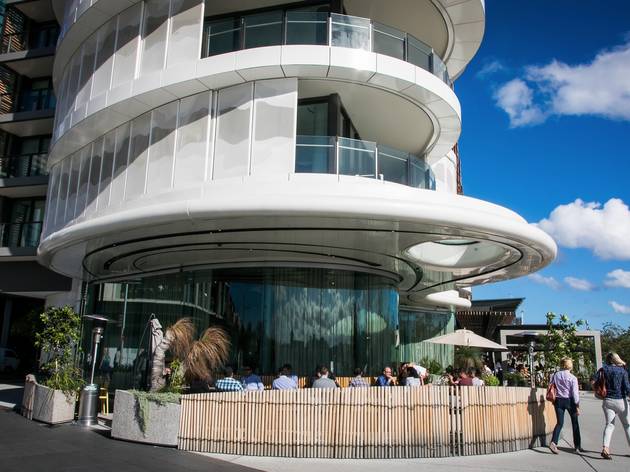 You’d think going out for a little fancy fish with water views would be an simple request in a harbour-front city, but it typically yields only fish and chips by the beach – good, but low key – or a dire tourist trap that’s over priced and over-boiled. That’s a hard pass.

But then Barangaroo came along and hot-housed a dining strip along Wululgul Walk and suddenly we had options, good options, for dinner in Darling Harbour. And they were smart about it. Only experienced operators were invited to the snack party, which meant you could pop by for natural wine and fried chicken from Belle’s Hot Chicken, or you could hit peak Sydney with seaside seafood from Cirrus, the fourth venue from culinary kingpins Brent Savage and Nick Hildebrandt.

Their trophy cabinet is already chockers thanks to Monopole, Bentley and Yellow, but the collection wanted an aquatic addition. When NOMA moved out, Savage and Hildebrandt moved in and built something Sydney was sorely lacking.

To deprive yourself of the roasted tiger prawns here would be cruel and unusual punishment for any crustacean fan. The heat draws that savoury bisque flavour out of the shells and then they match it hit for hit with a miso mustard and a mayo spiked with pickled and roasted Padrón peppers.

Anywhere that has Hildebrandt’s name attached to it has in its possession a killer wine list that won’t be cheap and will be delicious. No surprises here, then: just keep the funk and fresh fruit in the amber Pheasant’s Tears Mtsvane from Georgia, coming.

Three golden fish fingers tucked into a napkin like a tiny fried sleepover are both nostalgic and deeply oceanic thanks to the dashi concentrate they pack in with the daily fish filling. The XO is also kicking home goals – they make it from the ends of their housemade charcuterie and pour it over split bugs.

This is seafood cooking that’s hungry for the limelight. They wrap Bass groper in banana leaves or paperbark and pack it with a native curry paste of muntries, lemon myrtle and pepperberry. They use the same paste to make the sauce, letting it out with a stock made from cod bones until it’s a long, aromatic gravy that’s a three-gun salute to this great southern land.

It’s not an exclusive fin-and-scales sorority here. There’s chicken or steak; sides are colourful accompaniments of roasted beetroots or tender wedges of swede; and dessert matches the momentum set by your mains. Barely set custard swims with lemon myrtle and peach syrup, crowned by a velvety peach sorbet, stewed peaches, and peach gel. It’s a heady, tropical melange that unlocks new potency when you add the juicy sweetness of the matched umeshu.

It’s no surprise that the design is a bit coastal, but we’re not talking starfish motifs and surf’s up signs. They’ve suspended a 1950s speedboat called Alvin from the ceiling amongst the timber dowel that look like reeds. The curved glass windows look out onto the ferry traffic – letting Darling Harbour do the rest. Some things aren’t perfect – it’s no one’s fault that the bathrooms are awkwardly located outside the restaurant and down a few doors, but it’s a downer when it’s raining; the extra-low lights ensure everyone at your table looks flawless but the detail of the dishes gets lost in the shadows; and service fluctuates in warmth too.

Given they’ll do 70 covers on a Monday lunch, we can see that the swift and efficient approach has its place in the city’s newest business district, and that sound you can hear is a thousand company cards hitting the table for a restaurant that finally ticks all the bucket list boxes for a Sydney dining experience.