Not all menus are the be-all and end-all of a service. Sometimes, it takes a little familiarity, inquisitiveness and knowing how to work the system to get a dish that isn’t on the menu. Strap in – we’ll tell you how. If eating is your game, make sure to check out these quintessential Melbourne dishes, and make sure you hit up our top picks while you're at it. 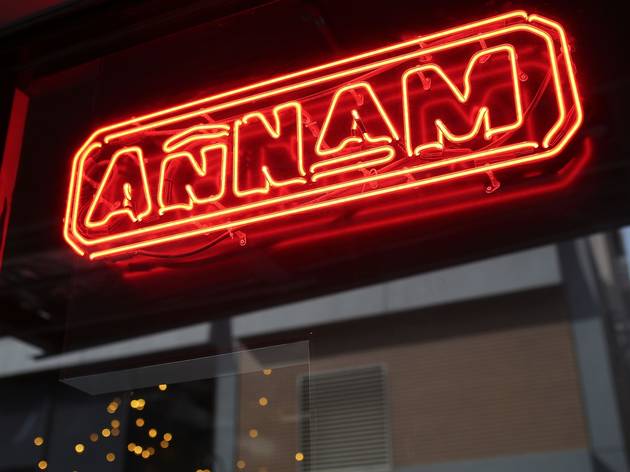 Annam’s chef and owner, Jerry Mai, is known for loving her charcoal grill – constantly feeding it, poking it, and sometimes talking to it. For special occasions, and staying true to her Vietnamese roots, she slow-roasts a whole suckling pig over the coals. You don’t have to coincide your special occasions with Mai, as she is happy to help anyone wanting to celebrate. Just book yourself in and make your request at least three days in advance. (When she says slow, she means sllllllloooowwww...) 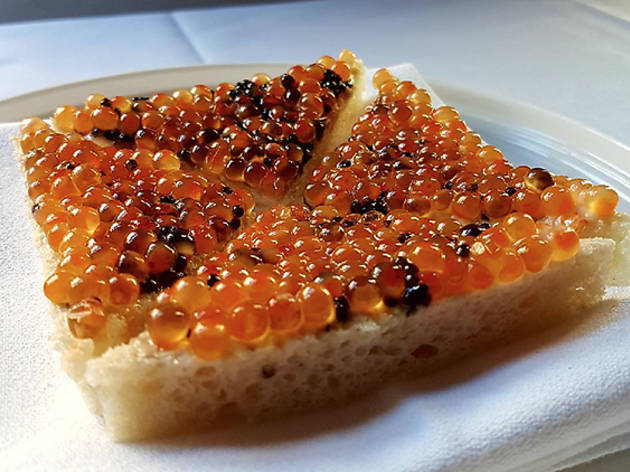 You wouldn’t think that fairy bread could be savoury, but head chef Todd Moses had a nostalgic moment when playing with the five different types of caviar he has on the menu at French Saloon. Each variety is offered individually, but on occasion, Moses takes the cheapest white bread from his supplier, laminates it with whipped cod roe, and rains down a mixture of oscietra, baerii, white sturgeon, gold and Yarra Valley caviar to bring back the party favourite for an older audience. In the past, it’s just been served to friends and regulars. But now, with a nod and a wink, you can request it from the staff if Moses has the ingredients on hand. Keep an eye out on his Instagram. And yes, he cuts the crusts off. 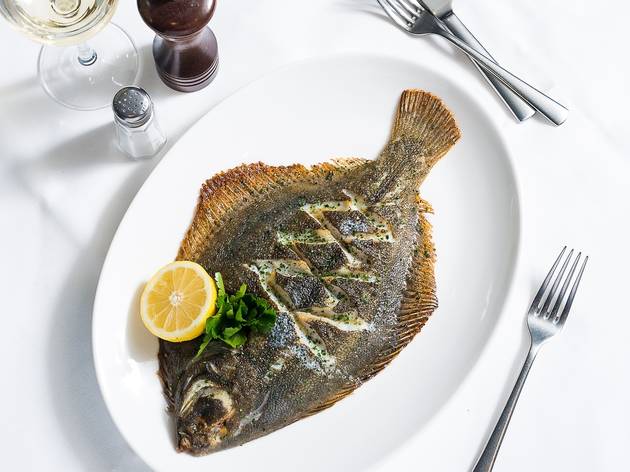 It’s no secret to any seafood lover in Melbourne that Bacash is the place to go. What everyone doesn’t know, though, is that the best way to dine at Bacash is to not look at the menu at all. Instead, let chef and co-owner Michael Bacash cook the super fresh and seasonal seafood that arrives that day, which doesn’t even make it on to the specials menu. It’s cooked simply with olive oil, herbs and served with lemon on the side to let the protein take centre stage. Right now, it’s baby octopus from South Australia or live Moreton Bay bugs. Who knows what it could be next week? You’ll have to go in to find out. 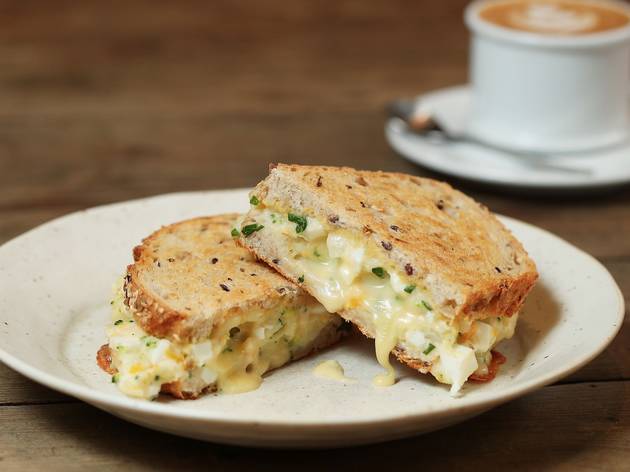 This much-loved neighbourhood Japanese café has been a staple to Collingwood locals for years. And, for those who go on the weekends for the traditional Japanese breakfast, the highlight is always the side of potato salad. Some people request a larger serving size and are met with disappointment, but, if chef’s in the mood, she might make a huge batch and use it to form patties he crisps up in the pan and toast with cheese, creating what he calls the ‘potato salad sandwich’. Sadly, there is no trick to ordering this dish unless you happen to be there when he’s in the right mood. Never a better reason to make yourself a regular. 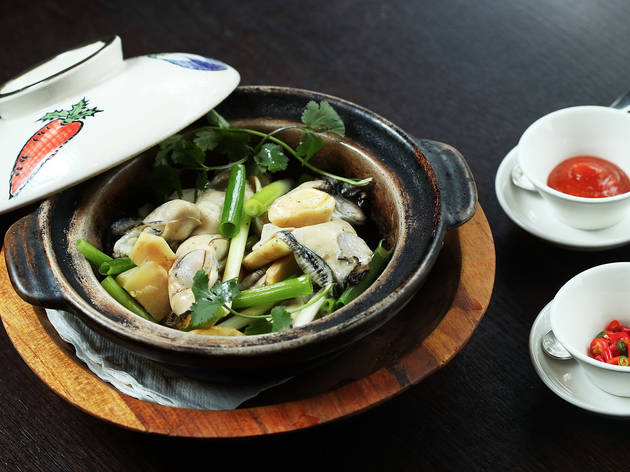 Lau’s Family Kitchen is less luxe than the Laus’ previous restaurant, Flower Drum, but that doesn’t mean they don’t turn it up every once in a while. Lau’s Family Kitchen is laidback and neighbourhood friendly, happily churning out scallop sui mai, steamed barramundi and mapo tofu. But, when they’re a bit bored, they may order in hard-to-find dried oysters and braise them in a claypot with black moss, fortifying it in a ginger, spring onion and oyster sauce, creating the super-traditional Cantonese dish of a forgotten generation. Consider yourself lucky if you’re around for this; it’s cooked once in a blue moon and only offered to those whose palates the chefs think would enjoy it. The best chance of being one of the lucky few is to go in a few times and order adventurously. It’s about time you skipped those spring rolls. 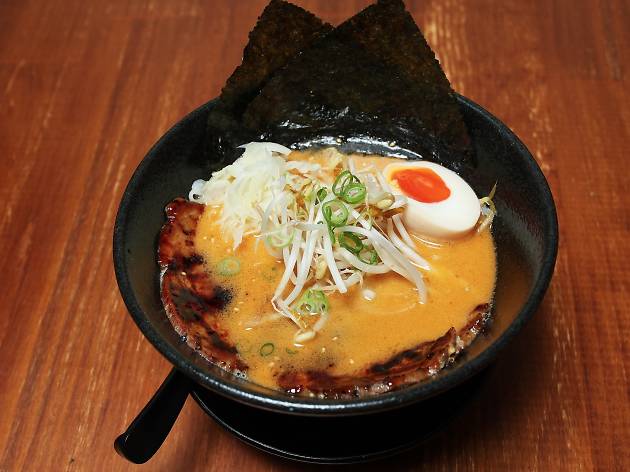 If you’ve ever met someone who says they love ramen, Yao Wong of the Elysian could probably top them. Despite being a coeliac (yes, sometimes he cheats), he’s managed to develop a bowl of ramen named after him, which can only be ordered directly from the chef. The noodles have a harder texture than usual, after being air-dried for 24 hours for the perfect texture, and come in a thick, 48-hour tonkotsu broth that you can request to be spicy or not spicy, topped with teriyaki chicken. Slurp it up, prepare for the food coma and tell them Yao sent you. 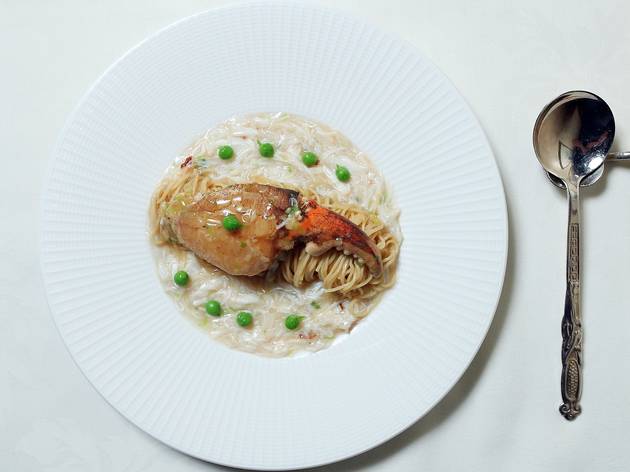 If Flower Drum excels at anything, it’s service. They’re there to accommodate your every need and most whims, which is how Neil Perry’s Noodles came to be. And yes, we’re talking that Neil Perry, the guy with the ponytail and restaurants all over the country. One night, Perry was ordering up his favourite dishes like the drunken pigeon, sautéed pearl meat, and ginger scallion lobster noodles, and decided he felt like mud crab instead. General manager Jason Lui said to leave it to him, and a plate of perfectly picked mud crab appeared with a naked claw atop the crab-soaked noodles, and it became a regular order for Perry. Once he Instagrammed the dish, chefs travelled from all over the country and started requesting Neil Perry’s Noodles. And as they say, the rest is history. 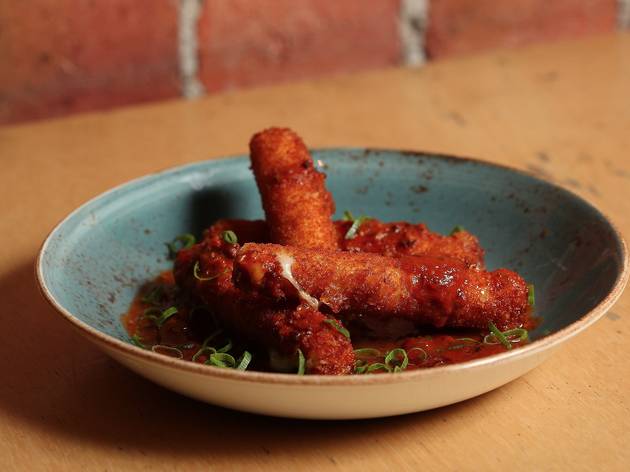 If we can blame Tony Tan for anything, it is this. Owners Casey Wall and Manu Potoi have a deep love for XO anything and have appropriated longtime friend and chef Tony Tan’s recipe for these cheesy snacks. Instead of ham, Wall builds his XO with trimmings from his charcuterie, making a saltier, deeper and ever-changing version of the Cantonese condiment. Their cross-cultural mash-up is to serve it with the gut-busting American snack of mozzarella sticks – crumbed and deep-fried batons of cheese – usually accompanied by red sauce. Just walk in and request the variation. You’ll be cursing Tony Tan, too, for your newfound addiction. 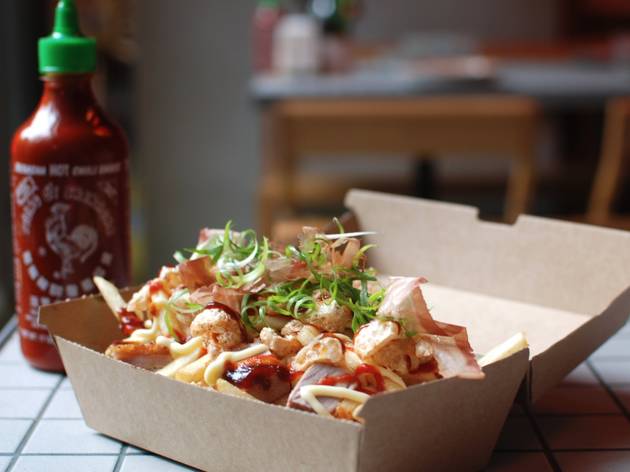 Who doesn’t love a trashy, late-night snack? Uncle head chef Dai Duong certainly does, and decided to put his own touch on the Halal Snack Pack. After a successful reception at the Gourmet Cinema, he’s secretly serving it under the counter at both outposts; just request it from your friendly waitstaff. A serve of crisp fries and a handful of roast pork belly and crackling are smothered in kewpie mayo, sriracha and hoisin sauce and topped with bonito flakes. There’s a vegetarian version, too, where battered shiitake mushrooms take the place of pork. It’s called, yes you guessed it, the Shiit Pack. 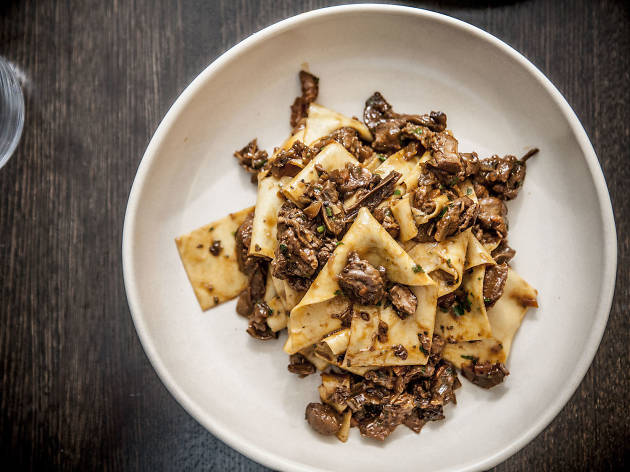 Melbourne's big on cheap eats, but sometimes it's nice to pull up a seat in the city's fine dining establishment. You may not be able to shell out the big bucks all the time though, so we've dug up some of the best value hacks for fine dining restaurants for when you want the experience for less.