Melbourne has a thriving Eastern European community, thanks to the wave of migrants who arrived in the 1970s and '80s. As a result, we can find plenty of locals stocking up on familiar flavours at a variety of delis in Melbourne's south-eastern suburbs.

Russian cuisine is typically hearty and comforting due to the long winters. The cooking tends to feature starch heavily, coupled with pickles, cured meats, beetroot and cabbage. So whether you're an experienced cook or like taking culinary adventures, these Russian delis will provide ingredients for a Russian feast.

Shop on at the best markets in Melbourne and find more of Melbourne's best restaurants while you're at it. 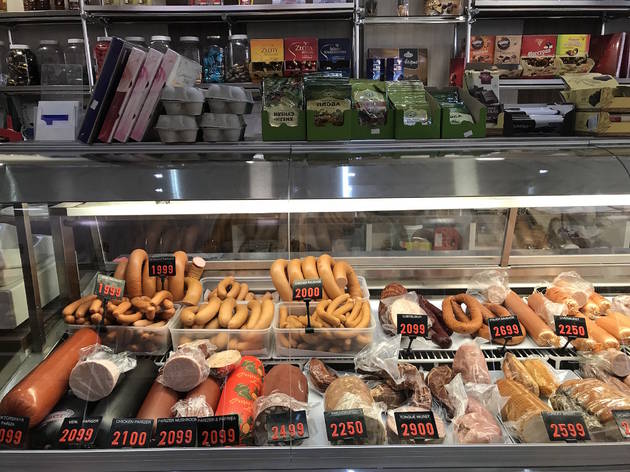 KLP International Deli has been in business since the late '90s and has locations in St Kilda and Moorabbin. Both have a smorgasbord of local products in their range, and others are shipped from Russia, Ukraine and Bulgaria. Their deli counters are well stocked with soft and hard imported cheeses. And their smallgoods cater to Russia's love of a slice or two of pariser (a meat mixture that's often seasoned with pepper and ginger). KLP's pariser is available in store in chicken, veal, mushroom or paprika varieties. For the fish fans, they provide vacuum-packed herring, jars of pickled seafood cocktails and many dried fish varieties, including bream. On the shelves, they have many tinned fish preserves as well, all of which go down well with a shot of vodka (thanks to KLP's liquor licence). For those who prefer cooking from scratch, they also sell imported sunflower oil, condiments, herbs and spices. Sweets fans can also get amongst lollies, chocolates and traditional biscuits. They also sell zefir, which is a traditional Russian type of marshmallow that is made from whipped fruit, puree, sugar and eggs whites. 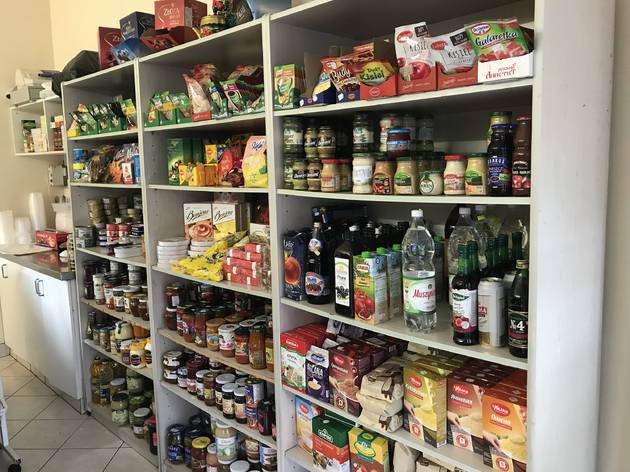 Kazachok refers to traditional Russian folk dance that's fast-paced, and it seems pretty fitting for this small and busy store in Bentleigh. Here at Kazachok Deli, most customers can be found awkwardly moving back and forth to try (mostly in vain) to get the staff's attention. But it's worth the wait, if you love meat – this deli is a carnivore's paradise. Here you'll find countless hams, pastramis and salamis in the cabinet. The varieties are endless and include hot, cured and smoked options. Pork fillets, sausages and ribs are also up for the taking. It's all fresh, too, as they're all made in the factory out the back. Sea products are also available in-store, including salted herring, smoked mackerel and red caviar. Kazachok also stocks a range of dairy products including chevrette goat’s cheese and kefir probiotic drinks. It supplies borodinsky, a dense, dark brown sourdough bread from Baker In The Rye, which is a staple in most Russian households. Plus, the shelves are jam-packed with imported confectionaries, teas and jams. Take a number, it's well worth the wait. 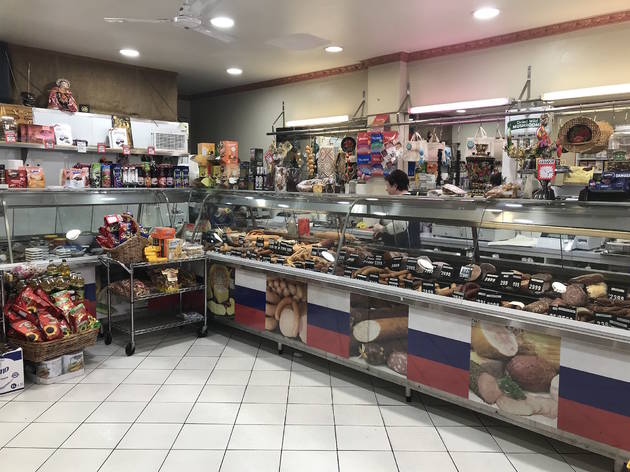 Russian Tidbits is a family business that has been around for more than 20 years, and it’s definitely a favourite among locals in Carnegie. The variety is so abundant that it could have easily fed Russian royalty through a long winter. The deli cabinet is filled to the brim with cold cuts, and there are at least 10 types of salamis here, which are all made fresh onsite. Hidden in the freezer you'll find delicious pelmeni, which are dumplings filled with meat. The vegetarian alternative is called vareniki and are the same dough parcels but filled with potato, mushrooms or cheese. On the imported side of things, there are large jars on the shelves with just about everything pickled and fermented, from cabbage to mushrooms and even watermelon. Pickling is popular among Eastern European countries as it allows these cold countries to enjoy any vegetable and fruit all year around. Russian Tidbits also stocks countless varieties of sour cherry teas, as well as the national dessert called Napoleon cake, which is 20 layers of puff pastry filled with custard in between each layer. 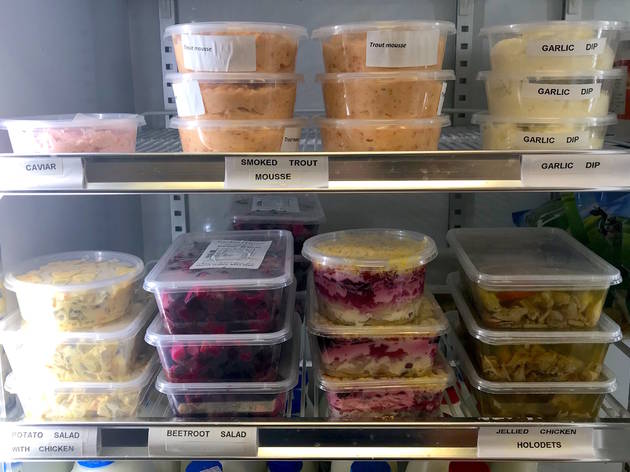 European Flavour in Caulfield is for those feeling homesick, people who are time poor or individuals who are wanting to experience a Soviet sausage for the very first time. This is a deli, but European Flavour has a focus on ready-made goods. There is a selection of cold cuts and cheeses, but the real winner is the borscht, a classic Russian beetroot soup that tastes homemade without the fuss (just add sour cream!). European Flavour also sells Russian favourites such as cabbage rolls, pickled tomatoes and liver paté. There is a huge variety of salads as well, including the Russian Olivier salad, which is made from potatoes, vegetables, eggs and mayonnaise. Other highlights to try are pirozhki, which is a puff pastry bun filled with meat or cabbage. Or those feeling more adventurous can try some cow’s tongue, which is commonly found in homemade sandwiches. Kholodets is also available, which is a gelatine dish of broth, meat and vegetables. 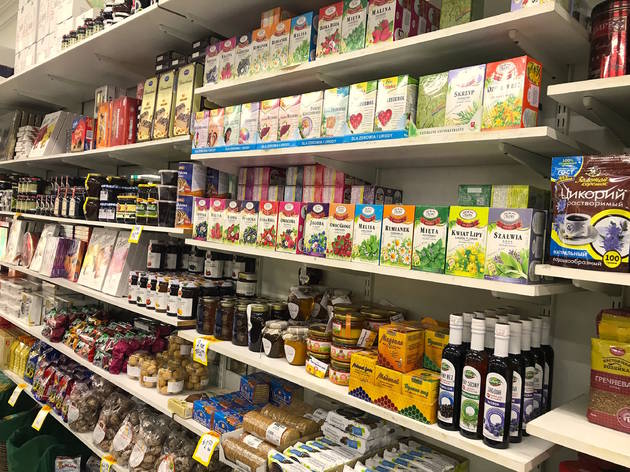 Fine Gourmet Deli is a large store overflowing with Eastern European fare and drink in Bentleigh. Its smallgoods have all the standard offerings, including a wide range of smoked, fermented and boiled sausages. Fine Gourmet sells the ever-popular Moskovskaya sausage, which is smoked with garlic and made from pork and beef. From the sea, there is black and red caviar, and the traditional salt dried Russian Vobla fish. Traditionally, this fish is consumed with a beer, and luckily beverages are Fine Gourmet Deli's specialty. There is a large range of imported alcohol and – unsurprisingly – vodka, as well as a renowned carbonated drink called kvass. It's made from rye bread, yeast and fruit but is non-alcoholic. Additionally, there is a wide selection of fruit juices, including the all-time favourite flavour, sour cherry. The shelves are also filled with a large variety of Russia’s beloved buckwheat. Plus on any given day, it offers obscure Russian products including cosmetics and even children’s books. This is truly your one-stop Russian shop.

Use your ingredients for good 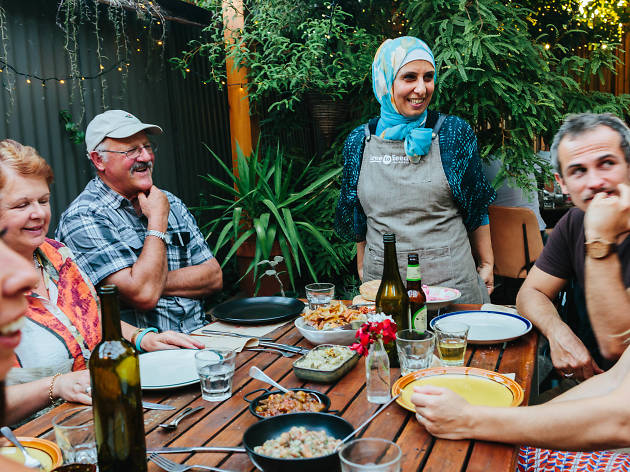