How to celebrate World Pride Month in Melbourne

We’ll just come out and say it, Melbourne’s queer scene is one of the most thriving in the country. Sure, Sydney has that hallowed reputation from the legacies of Oxford Street and the Gay and Lesbian Mardi Gras. But Melbourne, the alternative sister, has gone on and grown a winning personality. Northside is arguably the queer social epicentre, but all throughout the city you’ll find welcoming enclaves. In January, Midsumma Festival takes over the city with a bodacious bounty of festivities and artsy happenings, culminating in the Pride Parade, which has a proud 25 year history.

With the bulk of Australia’s queer festivities taking place at the start of the year during our summer season, World Pride Month in June is often overshadowed Down Under – and the weather is not very conducive to booty shorts, chaps and mesh singlets this time of year. However in spite of this, and everything else going on in the world, Melbourne’s community is determined to fly the rainbow flag and promote unity. This is by no means an exhaustive list. Follow individual venues on their websites and social media to find out when they are re-opening and what precautions they have in place.

There’s plenty of queer content to keep you engaged and feeling the community love at home too. The Gays are Revolting is a local podcast with a group of gay men that covers conversations that affect the whole queer alphabet, centred from the ‘G’ in LGBT+. Joy FM is an independent, Melbourne based radio station for LGBT+ voices, with tunes that slap and loads of programs (many with a podcast release) that cover every niche of the rainbow (multi-gender attracted and poly-curious? They’ve got you). The station also launched JOY TV during lockdowns, with programs like Kerrie and Dolly’s House Party, a live variety show hosted by drag queen Dolly Diamond and award-winning milliner Kerrie Stanley.

After some reading material? Check out the queer intersectional bookstore that refuses to be labelled. 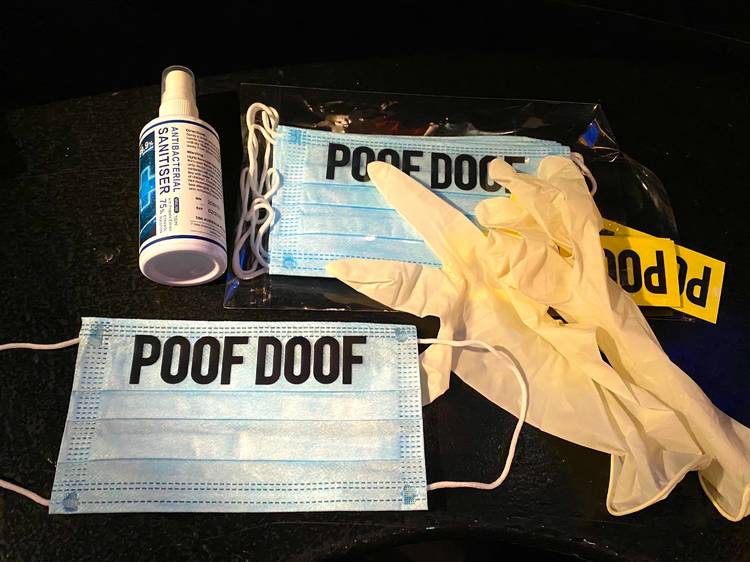 There are few parties more exalted in the Melbourne gay scene than the long-running Poof Doof. Every Saturday night throughout the iso era, it has also kept everyone doofing at home with Poof Doof Direct livestreamed parties on Facebook. To amp up the virtual doof for Pride season, Poof Doof has teamed up with Tinder to get queer people connecting around the disco ball. The first special event on Saturday June 6 is headlined by Triple J alumnus KLP, Owl Eyes, Jimi The Kween and resident DJs Sveta and Troy Beman. 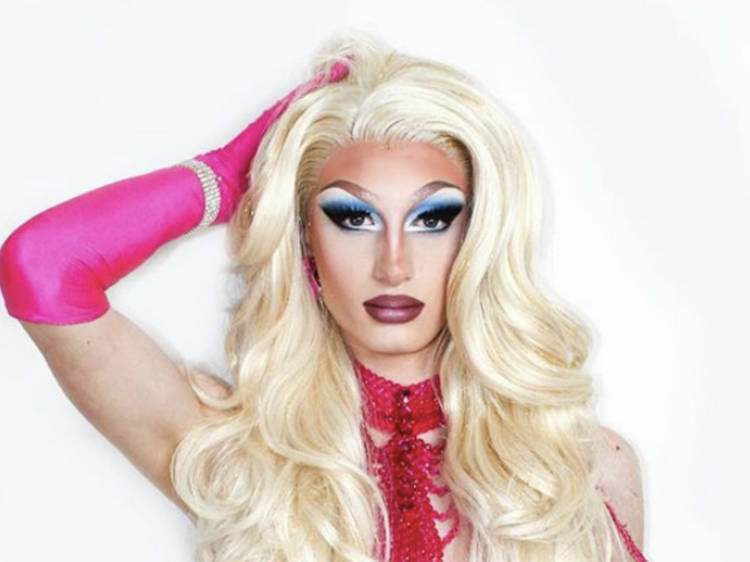 Pride of our Footscray virtual events

There’s always a smorgasbord of events at this community venue, an inclusive melting pot with live music and entertainment, drag shows, bingo, and sports screenings – there’s even space for karaoke rooms and art exhibitions. Throughout the lockdowns, they’ve even kept the Pride going with virtual drag shows and a tongue-twisting virtual drag queen bingo, Self-Bingolation. Now the Pride is levelling up the virtual pride for World Pride! Make a booking for Self-Bingolation, with multiple sessions throughout the month, and strap in for an online comedy show that’s better than gambling. And stay tuned to the Facebook page for updates about the next virtual drag shows. 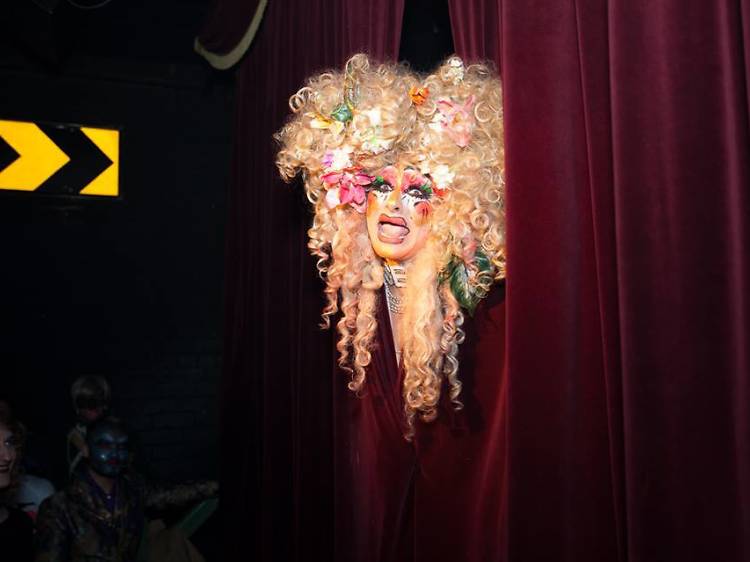 This cabaret and cocktail bar is home to a fabulous array of queer events and performers. Honcho Disko transforms the 86 into an inclusive hub of queer expression on Thursdays, and drag performers take to the stage on Friday in a night of comedy, spot numbers and games. The stars of Granny Bingo, an event which usually sells out monthly, are also reaching out on the wireless from their bunker with a podcast.

This bi-monthly queer event is a great big mish mash of a warehouse party and a performance art showcase where everyone is free to express themselves through sparkly outfits and cutting shapes on the dancefloor. Unicorns floats between Melbourne’s Rubix Warehouse one month and Sydney’s Red Rattler Theatre the next. Throughout the iso era Unicorns has kept up its reputation for match-making with virtual queer speed dating events, so that people of all identities and persuasions can meet that someone special or create the throuple of their dreams. 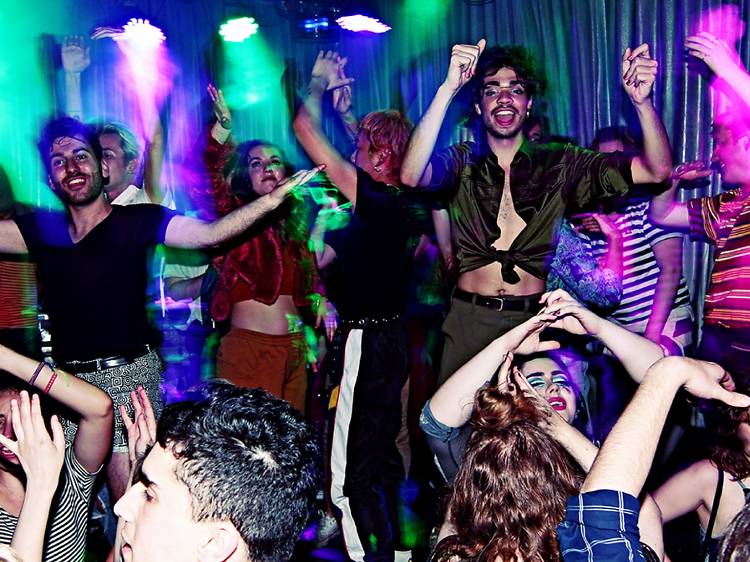 The queue for Thursgay often stretches down the street, with partygoers ready to stick it out even in bad weather. Music is mostly noughties and now, and the crowd is on the young side – who might be the only people who can party all night on a Thursday. One of Melbourne’s most popular drag queens, Karen from Finance, hosts ‘Lipsync for Your Pint’ after midnight, when partygoers can make like contestants on RuPaul’s Drag Race to win a frosty beverage. 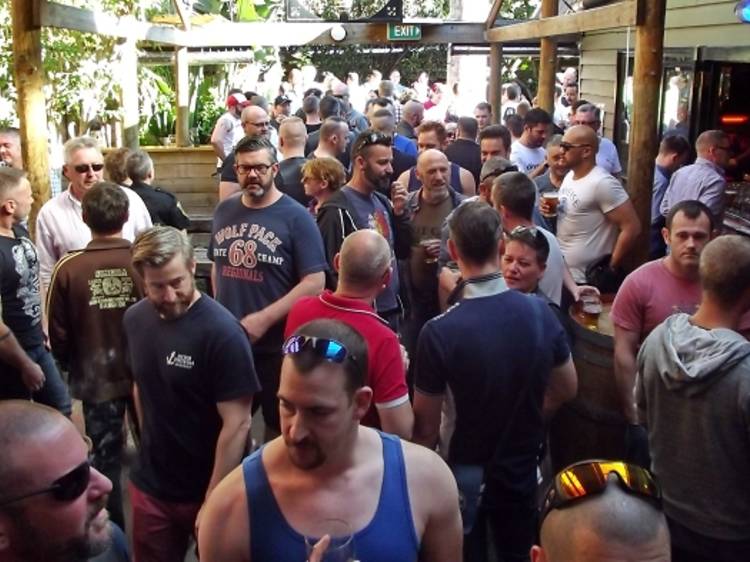 Do gay bars where men hang out in leather chaps still exist? They do in Collingwood at the Laird, a safe welcoming pub for same-sex attracted cisgender and transgender males.There is a strict fetish dress code for the back bar on Thursdays for Spit n Polish, but you don’t have to gear up to see what the fuss is about, you can hang out in the beer garden and enjoy the social side of the scene. 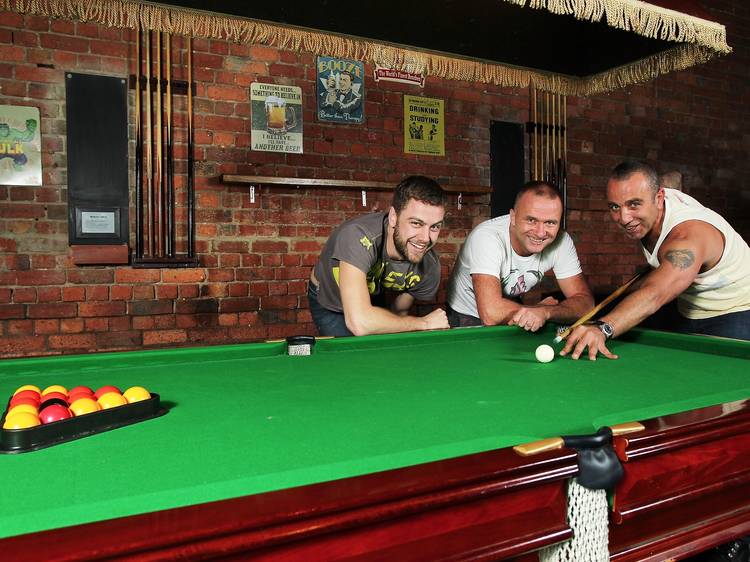 This Fitzroy institution has become one of Melbourne’s most popular LGBT+ clubs. You’ll catch plenty of dragtastic entertainment with different production shows on Thursday, Friday and Sunday nights, as well as upstairs at Mollie’s diner. 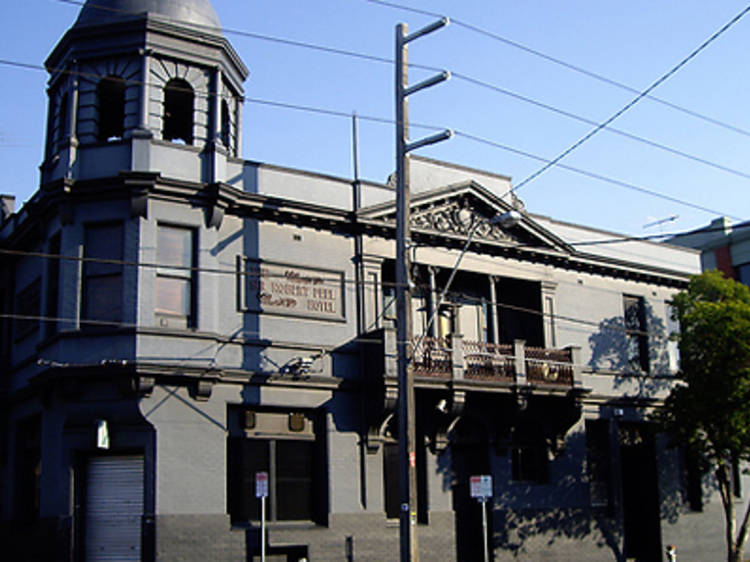 The Peel is a late-night club open on Friday and Saturdays in Collingwood, which makes it quite literally the last man standing due to its license. Catch Paris performing Friday nights before you dance the night away or hang out in the huge, sheltered courtyard. 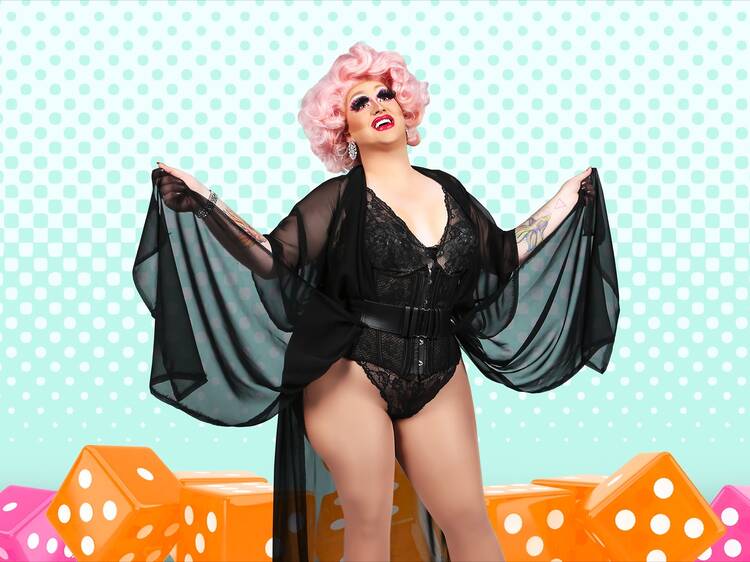 The best drag shows in Melbourne

When you can hit  town again, these are the places to go looking for drag queens, drag kings, cabaret or something else entirely.