18 things every Melburnian has Googled at least once

We all like to think of ourselves as local experts, but there are still mysteries even life-long Melburnians need help with

As much as we pride ourselves on knowing every single hidden bar, coffee shop or swimming spot in town, there are still some things about Melbourne that baffle us to this day. Here are some things we’ve all Googled at least once in Melbourne.

These have to be the three most Googled words in Melbourne ever. But it pays to be prepared, guys. Who knows when you might be hailed on during an outdoor concert, or get caught in a thunderstorm in the middle of summer, or get stuck in a coffee shop during a flash flood? It’s all possible.

2. "How long does it take to walk down Swanston Street?"

Longer than you think, kid. With a mixture of slow walkers, tourists with fold-out maps obscuring their view and people with far too many shopping bags, it’s the ultimate game of dodgeball. Except the balls are chuggers, people lining up for bubble tea and an inexplicable number of prams. Oof.

We’ve all rocked up to the corner of Victoria Street and Elizabeth Street, under that great big colourful mural of cows, sheep and ram heads (???) only to realise the market is, in fact, shut. Remember this: Queen Vic Market is closed on Mondays and Wednesdays.

Those newer low-floor trams have something pretty peculiar hanging out in their walls and under your feet. It’s sand. Why, you might be asking, would a huge mechanical machine need a sandbox to function? Well, the sand is dropped on the tram tracks in front of the driving wheels in wet and slippery conditions and on hills to help improve the tram’s traction. The more you know, eh?

Seriously. How do they change lanes? Well if you’ve seen a driver hop out at a major intersection with a long metal stick, you’ll have seen part of the technique. The sections where tram tracks diverge are called points. When approaching a point, drivers often have to physically change the direction of the tracks by forcing the blade of the track from one side to the other using a point bar. On some intersections, drivers can flick a knob on their dash which sends a signal to a receiver on the road in order for the points on the track to change to the desired direction.

You’ve seen the signs in busy CBD intersections, but the thought of turning right from the left lane seems absolutely crazy when you think about it. If you’re still struggling, take a look at this handy how-to.

This is a relatively new one, and the P-turn is another driving technique that’s going to drive you bonkers. A P-turn was introduced to Hoddle Street in early 2018 to reduce the bank up caused by cars turning right onto Johnston Street. Check out this YouTube video to see how it’s done, but fair warning, it might make you even more confused.

8. "Do the Real Housewives of Melbourne have jobs?"

I honestly wouldn’t be able to tell the difference between a Real Housewife and any woman going to the Palms at Crown on a Friday night. But if you’re curious, Jackie Gillies is a psychic medium, Gina Liano is a lawyer, Janet Roach is in property development, Lydia Schiavello is a... er… housewife and Chyka Keebaugh owns Melbourne’s biggest catering company, the Big Group.

For a city with such volatile weather, we sure love to have a drink outside in an elevated environment. Lucky for you, we’ve found the best of them.

That Ghostbusters-looking goo is actually attached to one of the city’s most popular universities, RMIT. The building is actually from 1912, but it now features what the university is calling a “large green clouds of tiles” on its façade. The reason? ¯\_(ツ)_/¯.

11. "Is there a train to Melbourne airport?"

Ha. No. But we are told there will be one in the next ten years or so. You can read the latest here.

12. "Why do we have a public holiday for Grand Final Day?"

Good question there. When premier Daniel Andrews introduced the public holiday in 2015, he claimed it was a “great opportunity to celebrate Australia’s national game and spend more time with family, friends and loved ones,” which, admittedly, is a lovely sentiment. It’s not the first time we’ve taken a holiday for a sporting event (ahem, Melbourne Cup), but this time the public holiday is on the day preceding the actual sporting event. But hey, who’s complaining?

Take a deep breath and listen closely: the $11 billion Metro Tunnel is expected to be completed in 2025. Er... not long now!

It’s a fair question. With a huge river running through a chunk of the city, it’s not surprising people have wondered whether it’s safe to swim. While it’s questionable whether the water is actually nice enough to swim in (tennis player Jim Courier jumped in after the 1992 Australian Open and was sick for a week afterwards) not many people know it’s actually illegal to swim in the Yarra River south of Gipps Street in Abbotsford.

15. "Are there dead bodies in the Yarra River?"

A researcher for the Royal Historical Society of Victoria told us this: “It seems many people met their demise in the river, but as to whether the river is still full of bodies, I cannot say.” Iiiiiinteresting.

Sorry mate, all of Melbourne's beaches are on Port Phillip Bay. You need open ocean for waves, so you're not going to get any in Melbourne. Think of it more like a salty swimming pool than a beach, and you'll be right.

Is it safe to swim in any Melbourne beaches? That’s a bloody good question, considering that when a storm hits, the wastewater often overflows into the bay. Take that information with you as you will (and check this website if you still fancy a swim). 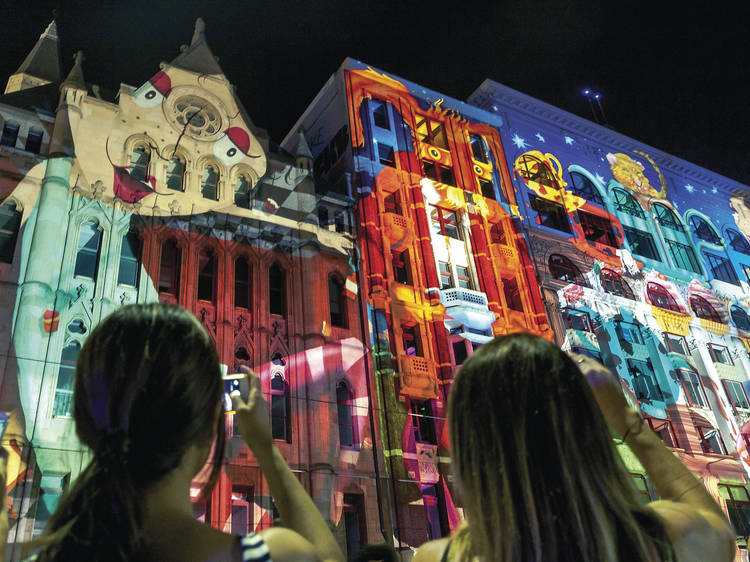 Take heed of these sneaky Melbourne shortcuts and insider tips to help you navigate this city with ease.