UPDATE: Events in NYC have been cancelled due to coronavirus. Some offerings on this list might be affected—if you're unsure, please call ahead to confirm.

It's time to check out the best things to do in NYC with kids—March 2020 is overflowing with family-friendly fun!

From new exhibits to events at your favorite family attractions, these options provide a little something for everyone. Plus, with the warm weather on the horizon, you'll want to start mapping out cool outdoor activities for kids. We'll grab the sunglasses. 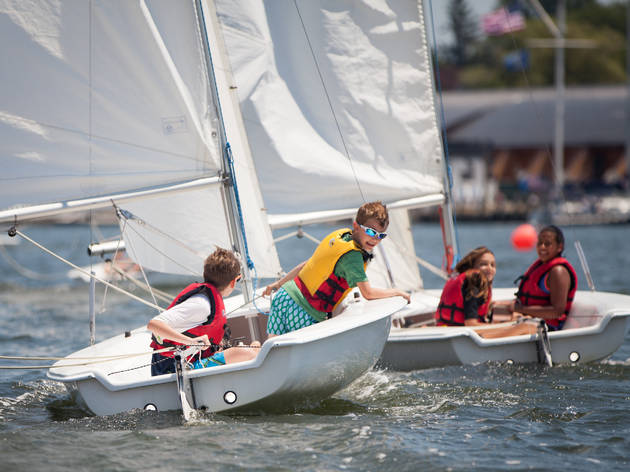 These spring break ideas for families are easy to dream about—especially when school vacation’s not far off! If you’re looking to avoid too much time on the couch binging on Netflix, grab the crew and head out on any of these spring break getaways. 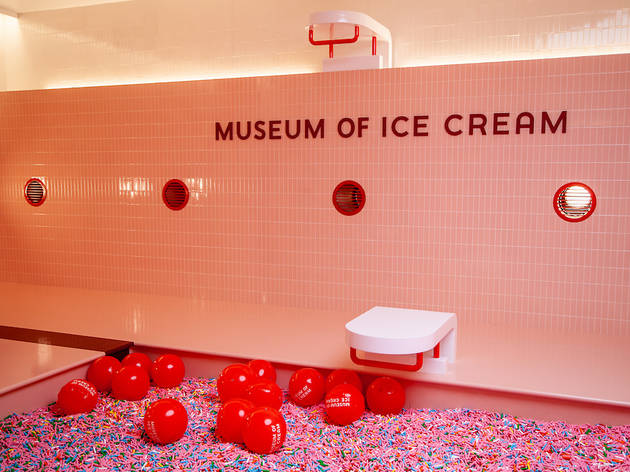 Ready your camera roll and prepare for a sugar rush: The Museum of Ice Cream is returning to NYC! The Soho flagship will open its pastel pink doors to sugary goodness on Saturday, Dec 14.  Read on for the scoop on the immersive experience (part playground, social media backdrop and sweet shop). 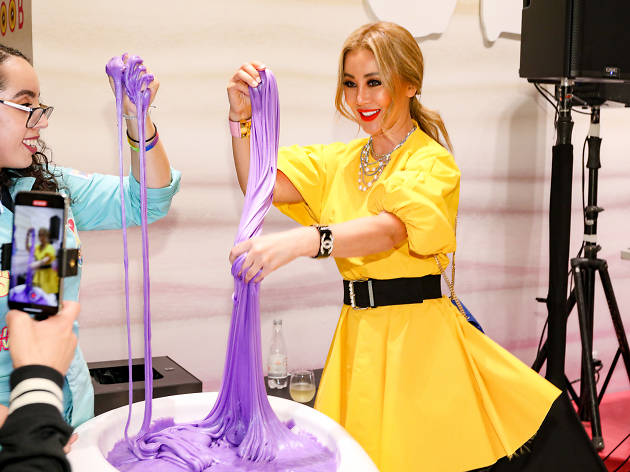 New Yorkers take their immersive experiences quite seriously, and this fall promises a slew of sensory-filled adventures.  After indulging in creamy goodness at the Museum of Ice Cream's new Soho flagship, head over for a creative afternoon at Sloomoo Institute. This 8,000 square-foot entertainment hub, also in Soho, guarantees a slimy encounter like no other.  "We are all excited to bring the wonder and happiness of slime to the world in a large way,” says Karen Robinovitz, one of the three co-founders of the installation, alongside Sara Schiller and Toni Ko. “Our hope is that people of all ages will come to Sloomoo Institute and delight and evoke their inner child.” Sloomoo acts as an art exhibit and art class for kids, too. Visitors big and lil' will enter a black light cove with glow in the dark slime, let an EEG machine provide a sneak peek of your brain on slime and much more. For creative youngsters who love STEM project, this is one of the coolest fall activities for kids taking place this year.  Tickets are on sale ($38) and include an 8-ounce custom slime and other fun trinkets. For those who take their sliming super seriously, visitors can participate in a Sloomoo photoshoot (for an additional $30) where slime pours down on eager participants a la 90's Nickelodeon days. 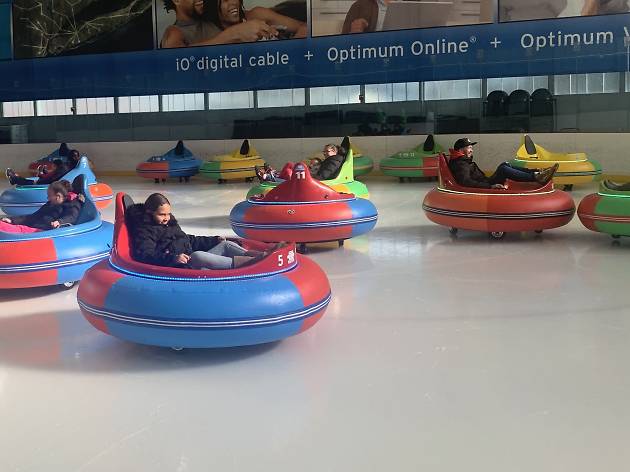 An amusement park staple is getting a wintry makeover.  If your little ones can't find their balance while ice skating in NYC, why not give ice bumper cars a try? They're making a Kings County debut, and deserve prime-time real estate on your winter bucket list.  Venture to Aviator Sports, the gracious host of Big Bounce America, for the super-cool experience. Taking a cue from the Winter Village at Bryant Park, one of Brooklyn's most popular family attractions will offer families (with kids ages 7 and up) a chance to enjoy a 15-minute session for $13 on a first-come, first-serve basis. Time to channel those Coney Island summer days, but with a few cold-weather modifications!  Before your bumper-car outing, here are a few things to note:  Sessions run on Fridays from 7:30–10:30pm, Saturdays from 2–5pm and 7:30–10:30pm and Sundays from 1–5pm. Aviator Sports states that there are 3 sessions per hour. Riders must be at least 7 years old, 36 inches tall and under 300 pounds.  Flat-toed shoes are required (no ice skates).  A parent or guardian's signature is required for riders who are under 18. 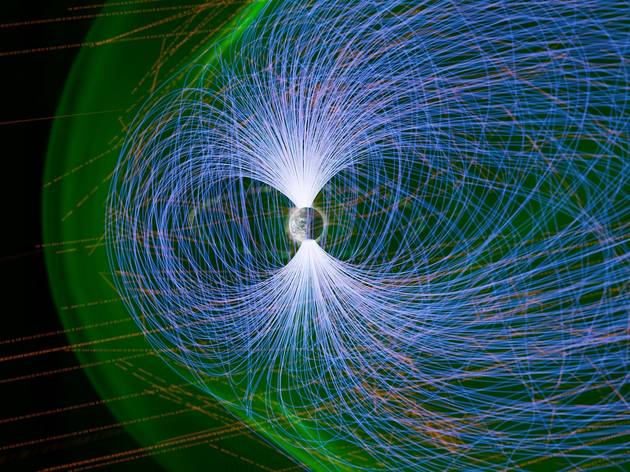 We can't wait to see "Worlds Beyond Earth," the new show that will premiere at the Hayden Planetarium at the American Museum of Natural History on Jan 21. It celebrates the Age of Exploration we're living in right now—humans have only made it as far as the moon, but we have sent out probes and spacecraft to collect data and send it back to Earth. Think about it: Robotic explorers have been to the surface of the moon, and documented the icy and volcanically active surface of Jupiter's moon Io, and observed the showers of liquid methane on Saturn’s moon Titan. "Worlds Beyond Earth" transports you to the far corners of our solar system and beyond with detailed scenes drawn from scientific data. Plus, it's narrated by Academy Award-winning actor Lupita Nyong’o—the cosmos never sounded so good. This is the first new show to run at the Hayden Planetarium since Dark Universe," narrated by Neil deGrasse Tyson, premiered in 2013. 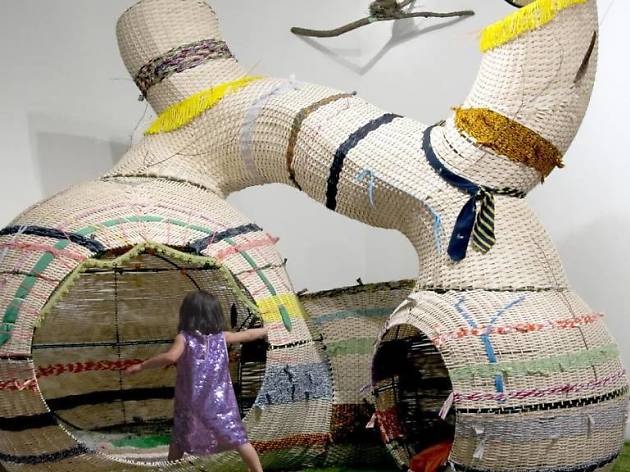 Every day at the Children's Museum of Manhattan is filled with activities that will entertain, delight and educate your youngest ones—it's like the best playdate ever, again and again. There are more than a dozen activities every day, from puppet shows to storytime to mural painting to Fantastic Fort Building. Check the calendar for the day's offerings, and look for special events like Drag Queen Story Hour. All ages. 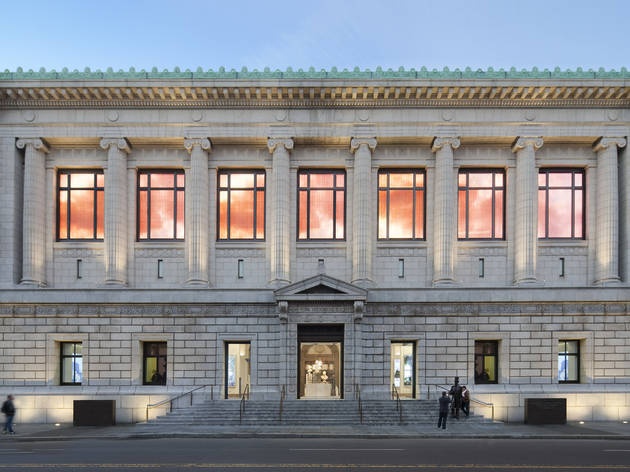 A special permanent gallery at the New-York Historical Society dedicated to the country's Presidents includes a detailed recreation of the White House Oval Office: Here's your chance to even sit behind (a copy of) the Resolute Desk and pose for the cameras. All ages. 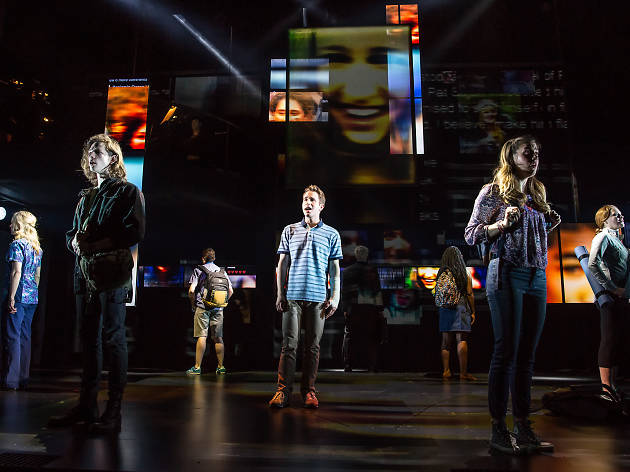 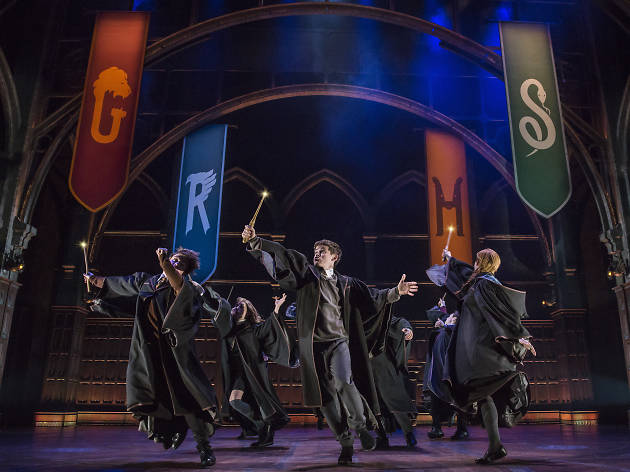 Theater review by Adam Feldman  The world of Harry Potter has arrived on Broadway, Hogwarts and all, and it is a triumph of theatrical magic. Set two decades after the final chapters of J.K. Rowling’s world-shaking kid-lit heptalogy, the two-part epic Harry Potter and the Cursed Child combines grand storytelling with stagecraft on a scale heretofore unimagined. Richly elaborated by director John Tiffany, the show looks like a million bucks (or, in this case, a reported $68 million); the Lyric Theatre has been transfigured from top to bottom to immerse us in the narrative. It works: The experience is transporting. Jack Thorne’s play, based on a story he wrote with Rowling and Tiffany, extends the Potter narrative while remaining true to its core concerns. Love and friendship and kindness are its central values, but they don’t come easily: They are bound up in guilt, loneliness and fear. Harry (Jamie Parker) is weighted with trauma dating back to his childhood, which hinders his ability to communicate with his troubled middle son, Albus (Sam Clemmett); it doesn’t help that Albus’s only friend is the bookish outcast Scorpius Malfoy (the exceptional Anthony Boyle), son of Harry’s erstwhile enemy, Draco (Alex Price). Despite the best intentions of Harry’s solid wife, Ginny (Poppy Miller), and his friends Hermione (Noma Dumezweni) and Ron (Paul Thornley), things turn dark very fast. Set designer Christine Jones and lighting designer Neil Austin keep much of the stage shroude 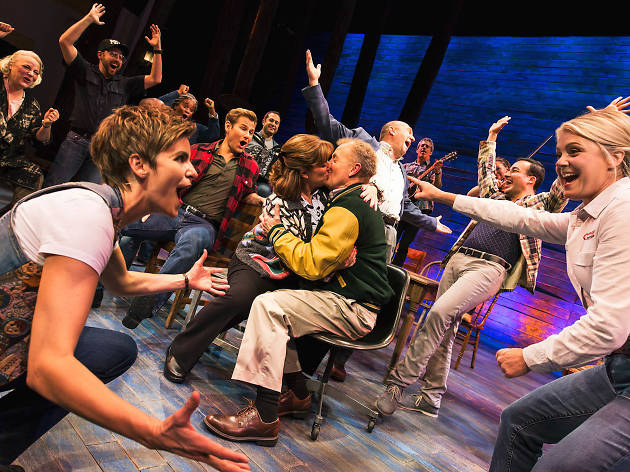 One of the more unlikely musicals on Broadway this season, Come from Away is the tense but humane story of an airport in Gander, Newfoundland, where 38 planes and more than 6,000 passengers were forced to land on September 11, 2001. The book, music and lyrics are by the Canadian team Irene Sankoff and David Hein. Read the full review.